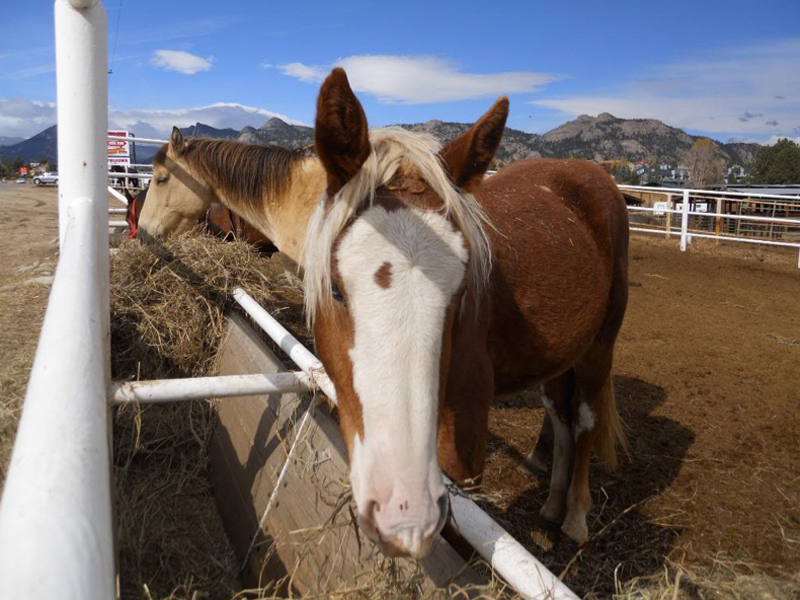 Although the numbers have significantly reduced since 2015, every year tens of thousands of American horses are slaughtered for human consumption. They are transported across the border to large slaughter facilities in Mexico and Canada and their meat is exported to Italy, Belgium, France, and Japan.

The Laws: In 1996, the United States Department of Agriculture issued guidelines to regulate the commercial transport of horses to slaughter, an attempt to ensure minimum humane standards. Unfortunately, this attempt failed. The language is vague and unclear, a fact that makes enforcement next to impossible.

In May 2021, a new bill, the SAVE AMERICA'S FORGOTTEN EQUINES ACT (H.R. 3355), designed to protect our horses from slaughter was introduced to the U.S House of Representatives by Representatives Jan Schakowsky (IL) and Vern Buchanan (FL).

Where do these horses come from? They come from race tracks, farms, riding academies or private owners and are sold at auctions all over the country where they spend hours and sometimes even days in overcrowded pens, often without access to food and water.

Horse Transport: After being bought by a "kill buyer" they are loaded onto a double or single deck trailer and transported to their final destination, one of the slaughter plants in Canada or Mexico. Animals' Angels has documented transport times of more than 35 hours - and at no time were the horses ever given food or water, or provided a chance to rest.

Arrival at Plant: Upon their arrival at the slaughter plant, some of them are already “down," unable to rise, due to exhaustion, dehydration or injuries. These horses are supposed to be euthanized immediately. However, our investigations and research show that this is usually not the case. Federal law requires that horses must be rendered unconscious prior to slaughter, usually by a captive bolt. However, due to horses’ natural aversion of anything approaching their foreheads, some horses, even after multiple attempts, are improperly stunned. They remain conscious as they are hung up by their rear leg and their throat is cut.

At slaughter, living horses’ humane treatment is superseded by economics. Profitability requires speed. But as speed and the rate of slaughter increase, errors and horses’ suffering increase. Holding up the kill line is frowned on. Video footage recorded at a Canadian slaughter plant confirms that operators are pressured to kill faster, egged on with, ‘Hurry it up, guys!’, ‘What’s the hold up?!’, ‘One more!’, and just plain ‘Hurry up, kill her!’

See the truth! Watch our video (warning GRAPHIC content) showing the brutal reality of the horse slaughter industry in the United States, Canada and Mexico:  Hoofbeats of Horror.