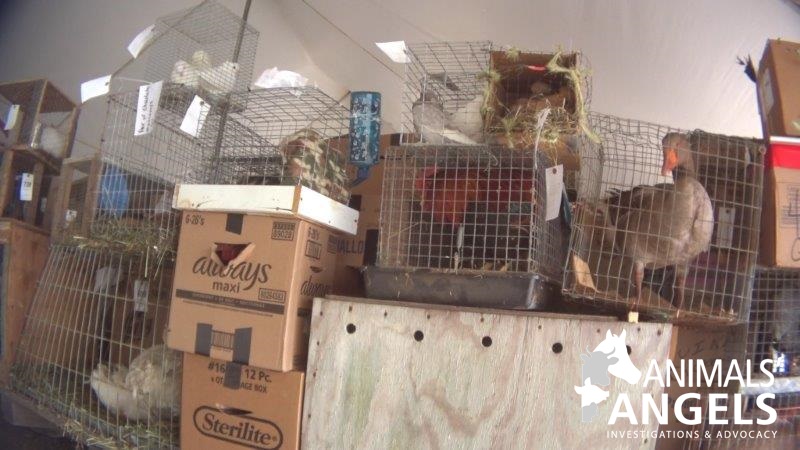 Animals’ Angels attended the small exotic auction held at the Lebanon Valley Livestock location on April 16, 2016. Upon arrival at 9:30 am, investigators immediately noticed that a tent had been set up behind the auction building. The tent held hundreds of cages and boxes with all the small animals that were for sale, all of which had placed on flatbed trailers. Many of them weren’t truly “exotic animals” as such, and included chickens, turkeys, geese, guinea pigs, and rabbits. 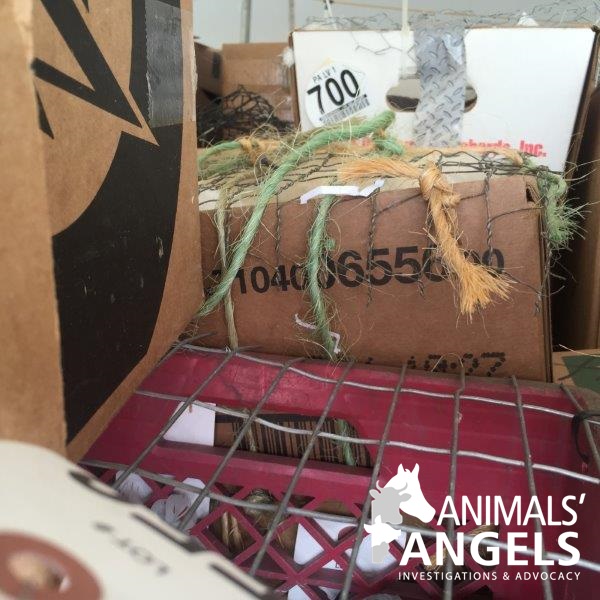 An auction worker was checking the animals in at the entrance of the sale. Many of the various confinements being used to contain the animals were apparently just thrown together with wildly inappropriate materials such as cardboard boxes, cartons, plastic milk jugs, or wire. Many of these homemade cages were entirely unsuitable for the occupants.

For instance, several of the cardboard boxes were completely closed and had no air holes at all.  Although the sellers had written on the box what kind of animal was contained inside, the animal itself was completely invisible. Some cages were damaged or severely overcrowded with animals. Only about half of the animals had any water in their cage. 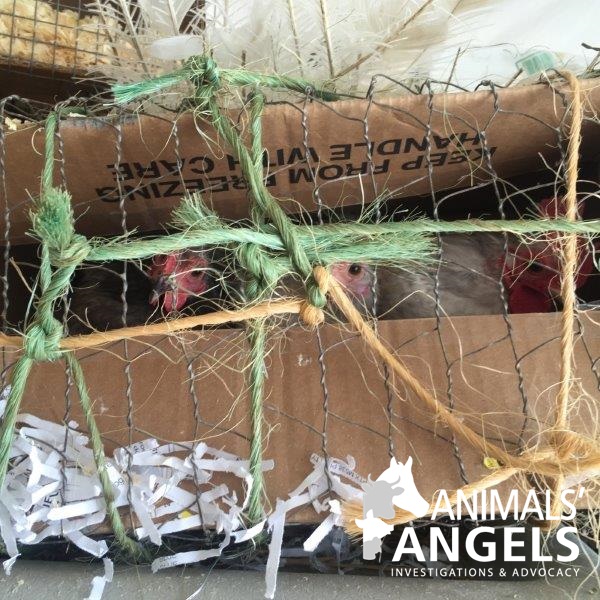 Another grave concern involved how the boxes and cages containing the animals were kept prior to the sale.  They had been piled on top of each other without care, leaving the animals in the middle and at the bottom of each flatbed trailer completely buried by the others. Some had been stacked in tall, unstable heaps along the trailer sides and investigators observed several cages with animals in them falling from the high unbalanced piles onto the ground.

Once the auction started, each flatbed trailer was moved into the auction ring and the auctioneer climbed up on the trailer to sell the individual boxes and cages. Many of the animals sold for next to nothing.

Inside the auction barn investigators noted that the larger animals were being sold after the birds and small animals. There were several llamas, alpacas, miniature ponies, and goats. 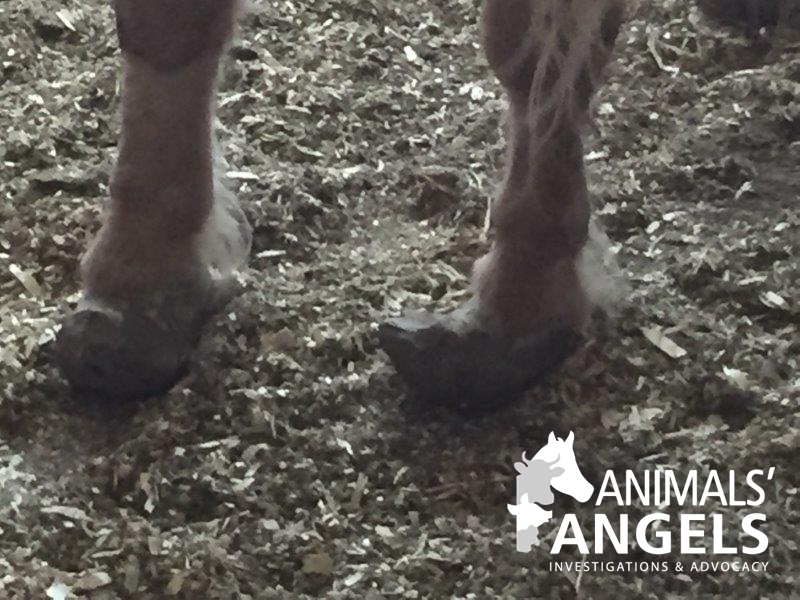 Many of the miniature ponies appeared quite neglected, with filthy, lice infested coats, and severely overgrown hooves.

This is a small sale with very few truly “exotic” animals, yet there are multiple areas of concern, especially regarding the handling and keeping of the small animals, and the conditions of the larger animals for sale. AA will approach auction management with a list of strongly suggested improvements urging them to incorporate these changes on behalf of the animals.