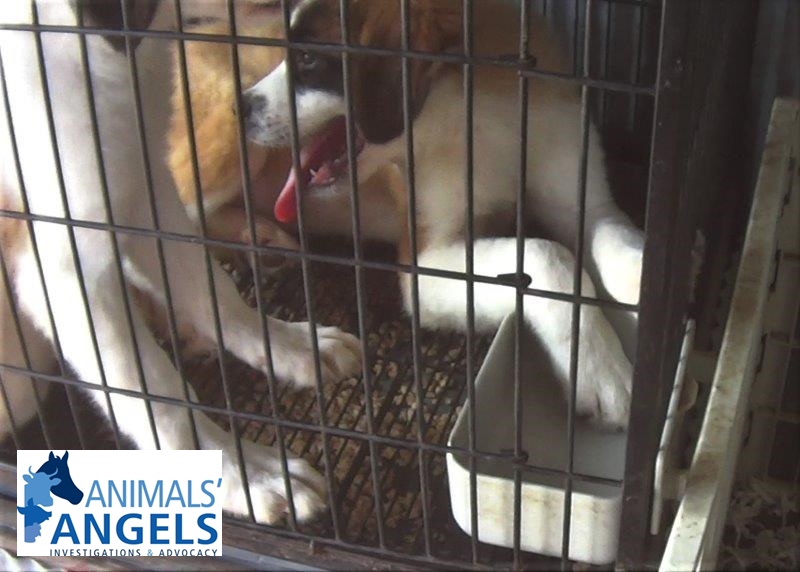 Since our last investigation at this location, we have strongly encouraged the flea market to make positive improvements necessary to the well-being and care of the animals being sold during the monthly event at “Dog Alley.” While labeled “Dog Alley,” all types of animals are sold such as dogs, horses, ponies, poultry, and a variety of small animals.

Upon arrival on September 1, 2018, it was extremely dusty and a very hot 100 degrees Fahrenheit. 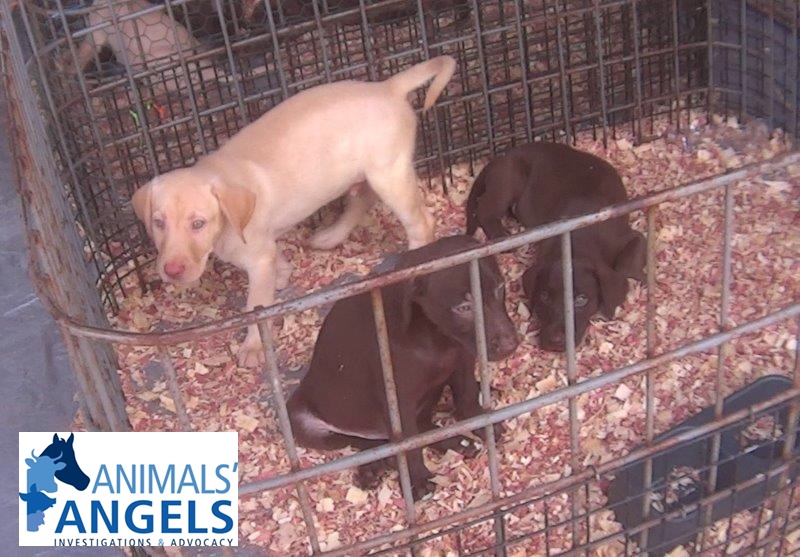 Dog Alley was very busy, with hundreds of dogs being offered for sale. Entering the pavilion areas, investigators observed that some of the dog sellers had laid a tarp, covered with wood shavings or shredded paper, on top of the ground to absorb animal urine and feces rather than setting the dogs directly on the ground. Many were providing hand sanitizer and encouraged visitors to use it before petting any animal.

However, unfortunately there were still many sellers placing the animals directly on the ground. Investigators were again informed by one seller not to buy from anyone with their animals on the ground due to Parvo being prevalent in the ground of the venue.

It was very hot, and several sellers had placed frozen water bottles in the cages with the animals. Where these bottles were in place, the animals were laying on them in an attempt to stay cool. A few sellers had fans blowing on the animals, but not many. Despite the brutal temperatures, many water bowls were observed empty. In some cages, puppies were laying in the empty water bowl, trying to take advantage of the moist surface. Investigators noted that during this visit, a lot of German Shepherd puppies were offered for sale, selling for as low as $250.00. A dealer in a side alley was offering Labrador puppies in all colors for $50.00/each. Just like during the last visit, some dogs appeared to have eye infections, were sneezing or appeared lethargic. 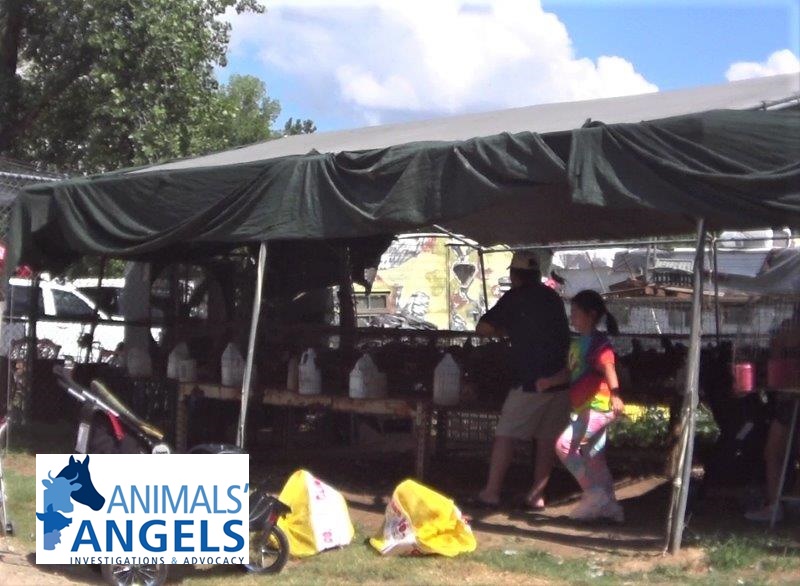 Noting no change whatsoever with how the birds are handled, investigators observed ducks, chickens, and other birds in overcrowded, dented cages that were stacked on top of each other. Since the floors of the cages were wire instead of solid, feces dropped down from one cage onto the birds below. Chicken sold were grabbed by legs, feet or anything the seller could get a hold off, ripped out of the cage and stuffed into a cloth bag for the buyer to carry away.

The continued lack of improvement of conditions and the apparent indifference of the Curry Trade Grounds management are very concerning. Animals’ Angels will continue to monitor this venue and report all violations to the appropriate authorities, demanding action.