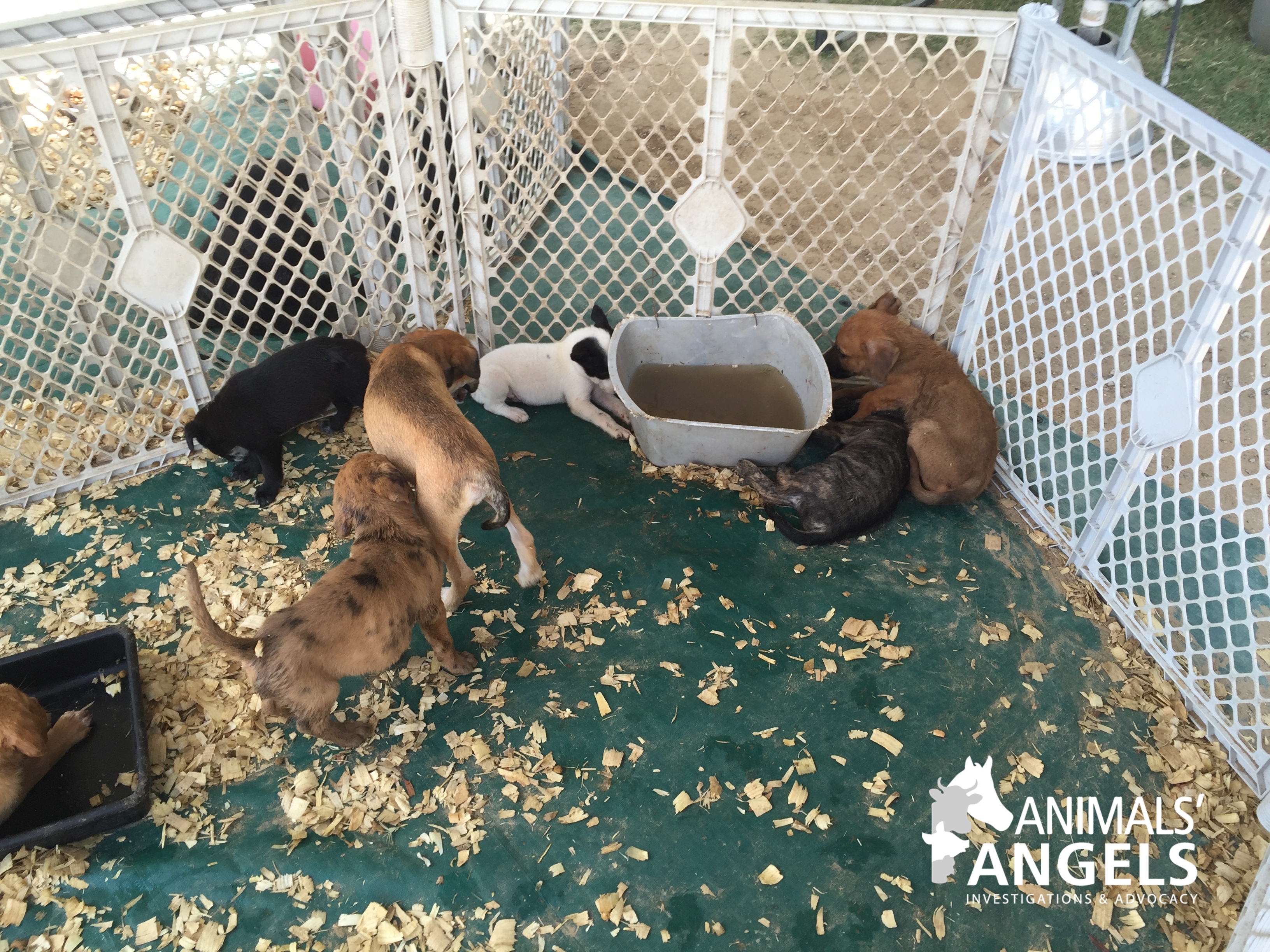 Since our last investigation into the First Monday Trade Days in Canton, Texas, we have strongly encouraged the flea market to make positive improvements necessary to the well-being and care of the animals being sold by all manner of vendors during the monthly event at “Dog Alley.”

While labeled “Dog Alley,” all types of animals are sold such as dogs, horses, ponies, poultry, and a variety of small animals. 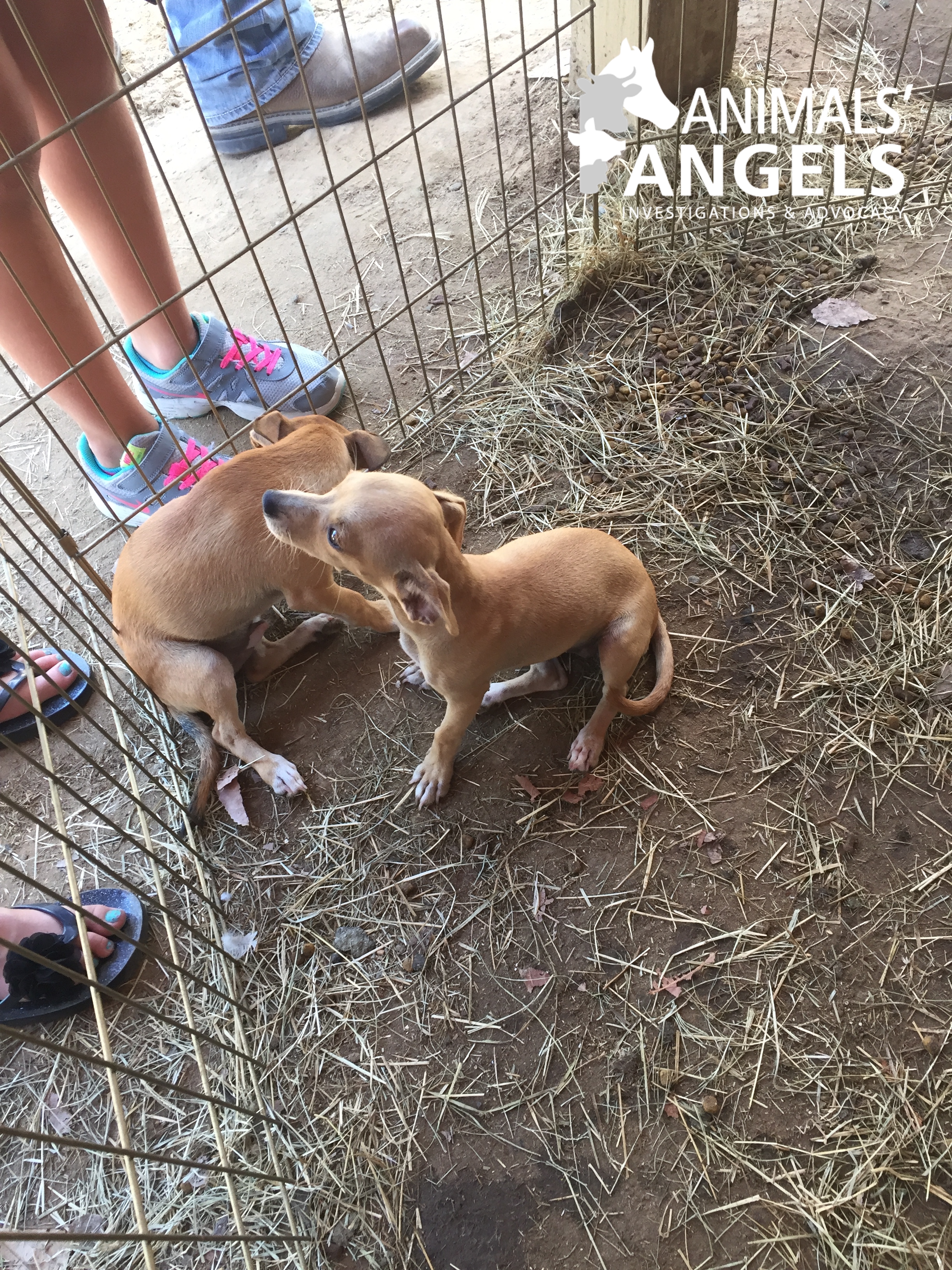 Upon arrival on July 31, 2016, the last day of the First Monday Trade Days event for the month, it was extremely dusty and a very hot 98 degrees Fahrenheit. 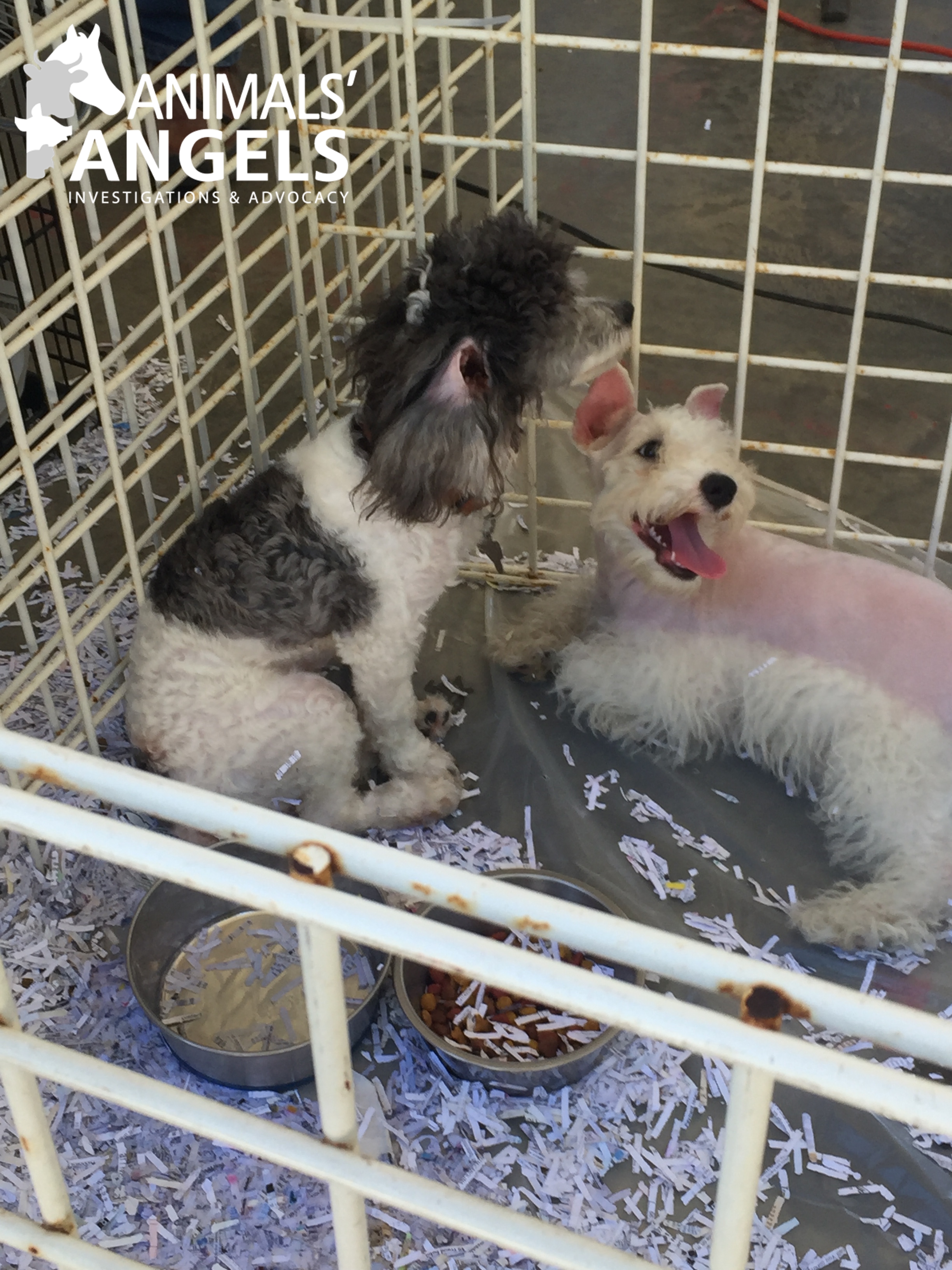 Animals throughout “Dog Alley” are heavily discounted on this last day of the flea market, some up to half price, as the sellers do not want to take any of their “stock” back home.

Entering the pavilion areas, investigators noted that there were rows marked on the concrete floors designating where each seller should “set up.”  As observed on our previous visit, there were some animals kept in kennels provided by the venue while others were contained in wire, make-shift cages.  Several of the cages were completely enclosed while many were open at the top. 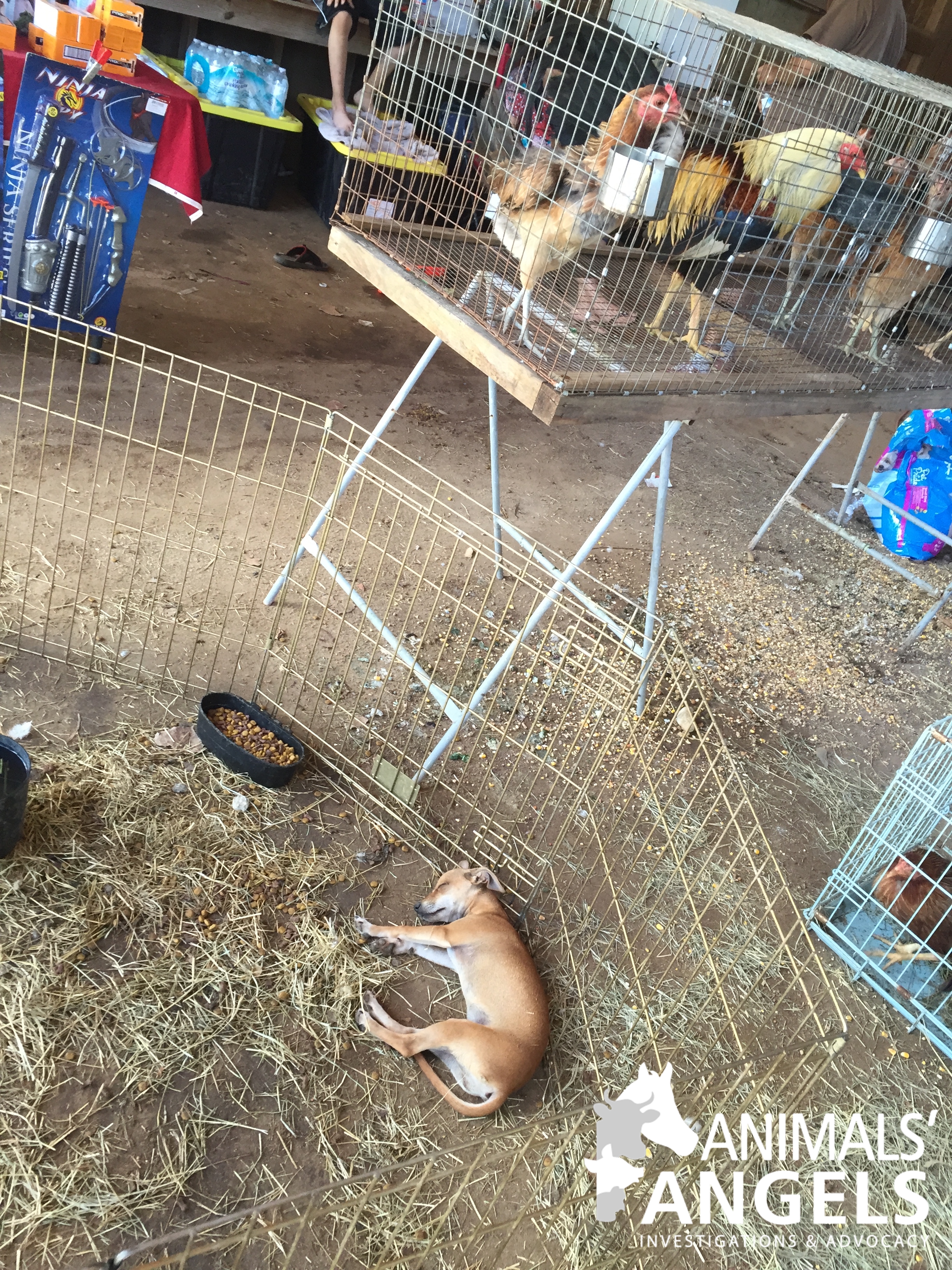 Investigators observed that some of the dog sellers had laid a tarp, covered with wood shavings or shredded paper, on top of the ground to absorb animal urine and feces rather than setting the dogs directly on the ground.

However, there were still many sellers placing the animals directly on the ground. Investigators were advised by one seller not to buy from anyone with their animals on the ground due to Parvo being prevalent in the ground of the venue.

This same seller also attempted to “hard sell” our investigator into purchasing his last long-haired mini-dachshund puppy, as it was “the best stock out there,” and he was discounting it by $100. 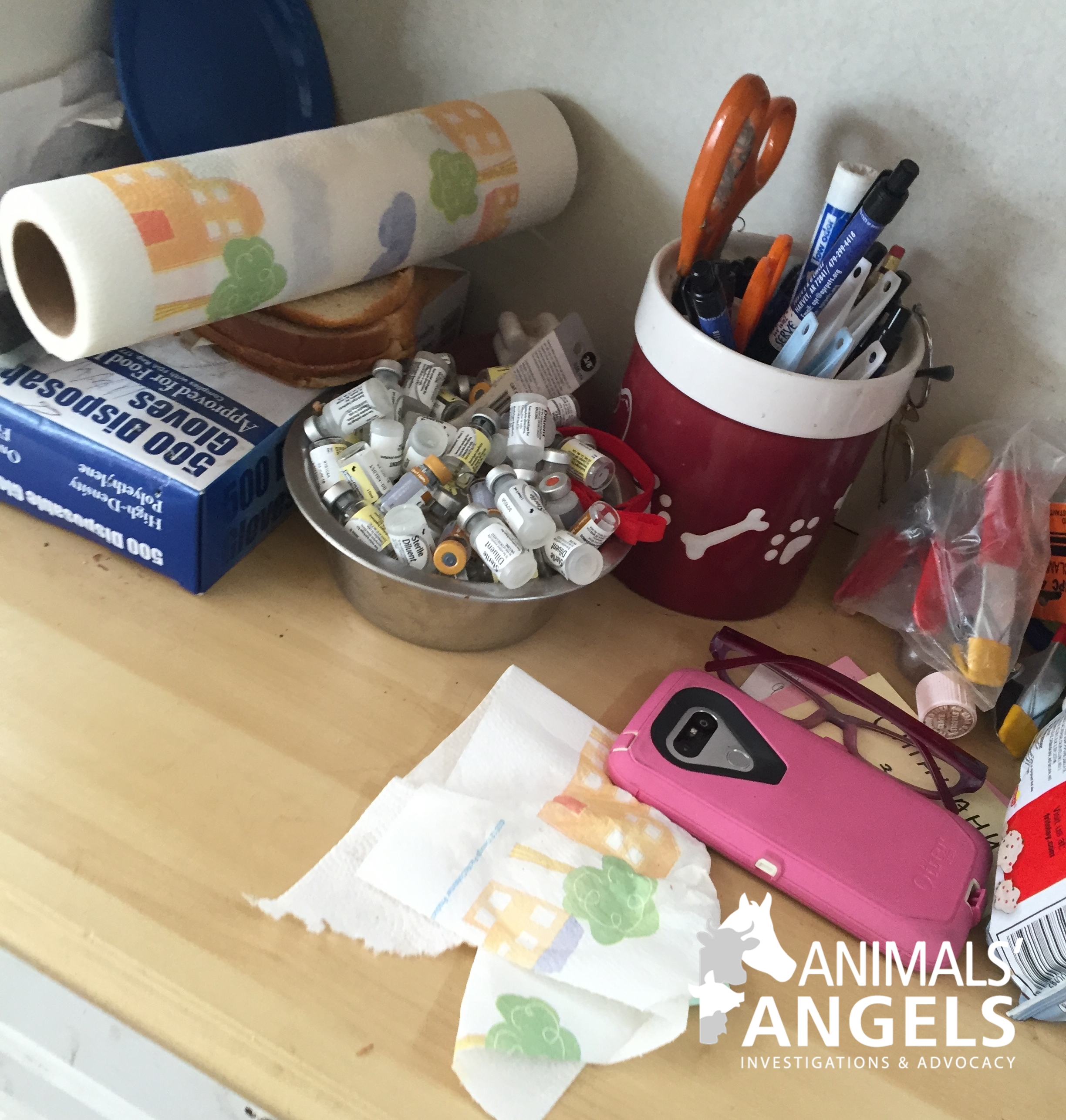 One vendor in particular caught our investigator’s attention as she was located under a “shelter” or “make-shift building” with a desk and bookshelf set up for her wares. Among other things, she was apparently selling a variety of vaccines.

Another seller, who had multiple breeds available, was advertising “rescue dogs” for as low as $25 each. 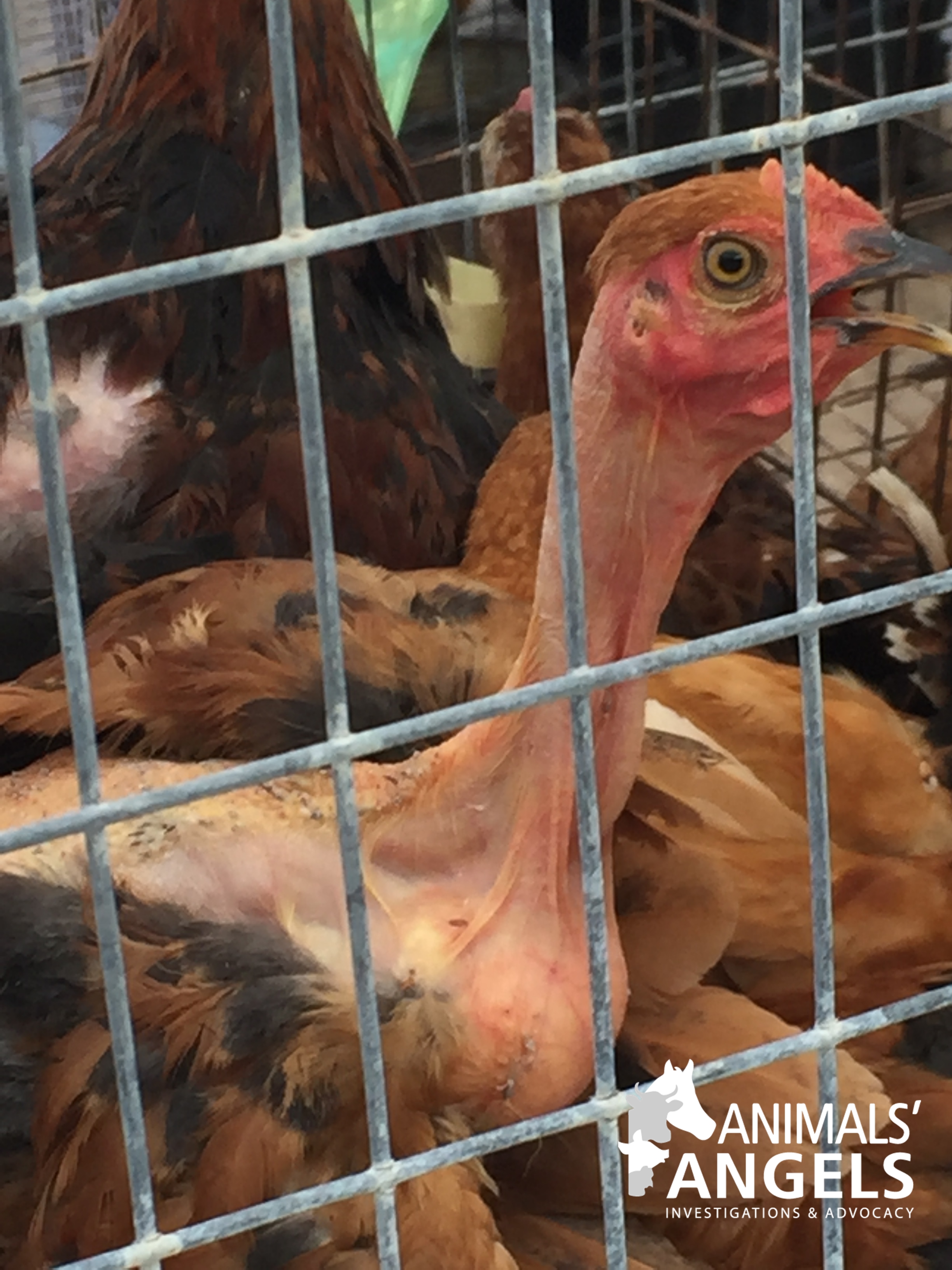 Multiple dealers had hand sanitizer present at their location and requested that visitors clean their hands prior to touching the animals they were selling.  Some also had signs posted advising visitors to not allow the puppies to lick their hands.

Presumably, since it was so hot, many sellers had placed frozen water bottles in the cages with the animals. Where these bottles were in place, the animals were laying on them in an attempt to stay cool.  A few sellers had fans blowing on the animals, but not many. As noted on our previous visit, some cages had food and water and many did not. 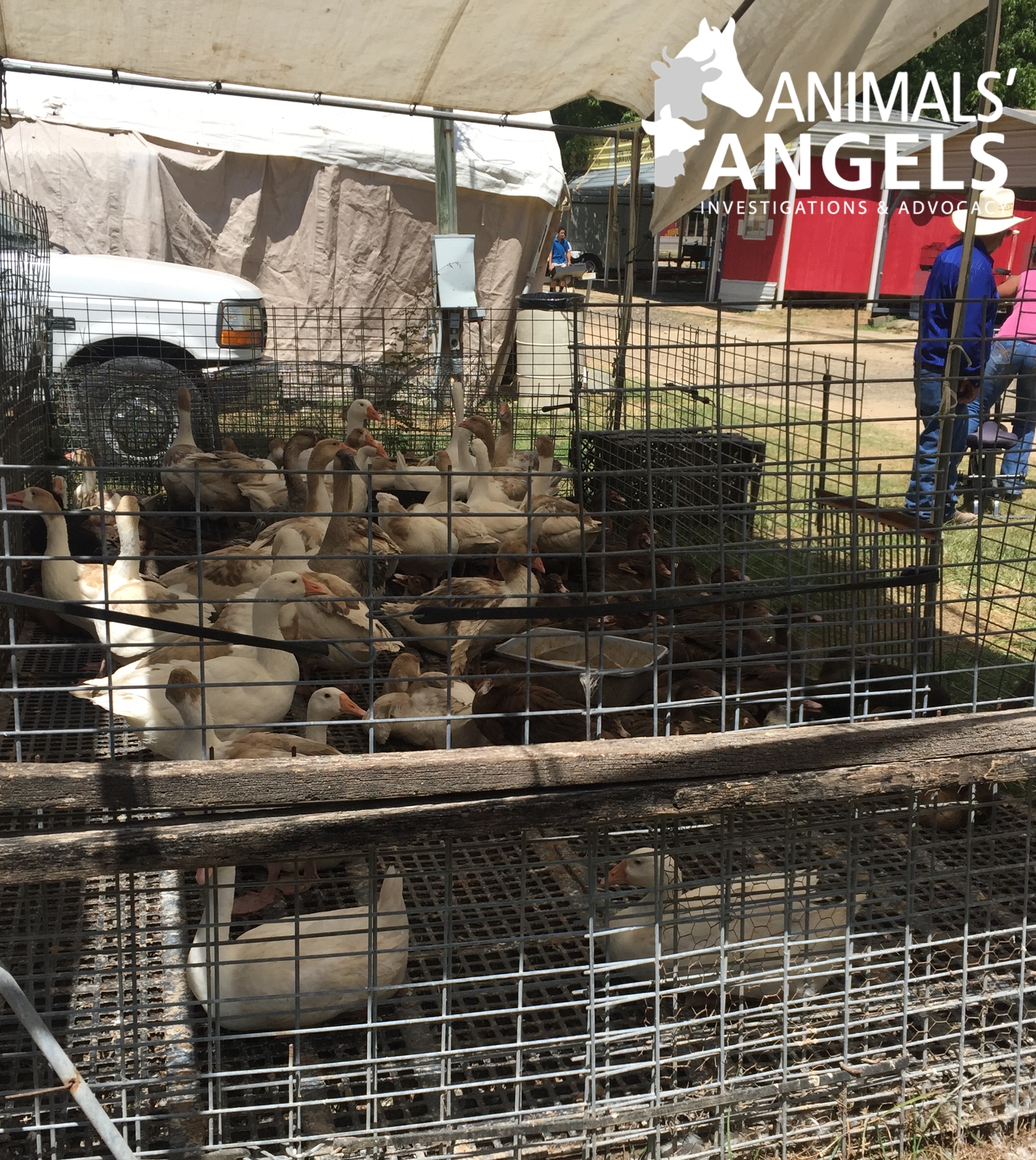 Noting no change whatsoever with how the birds are handled, investigators observed ducks, chickens, and other birds in overcrowded cages that were stacked on top of each other. Since the floors of the cages were wire instead of solid, feces dropped down from one cage onto the birds below.

Cages had either no water whatsoever available to the animals or contained contaminated water.

The larger birds, such as turkeys and geese, were routinely housed on the ground or if in a cage, the cage was on the ground.  Many birds, regardless of species, were losing their feathers or appeared to have serious skin irritations.

Other concerns of note: 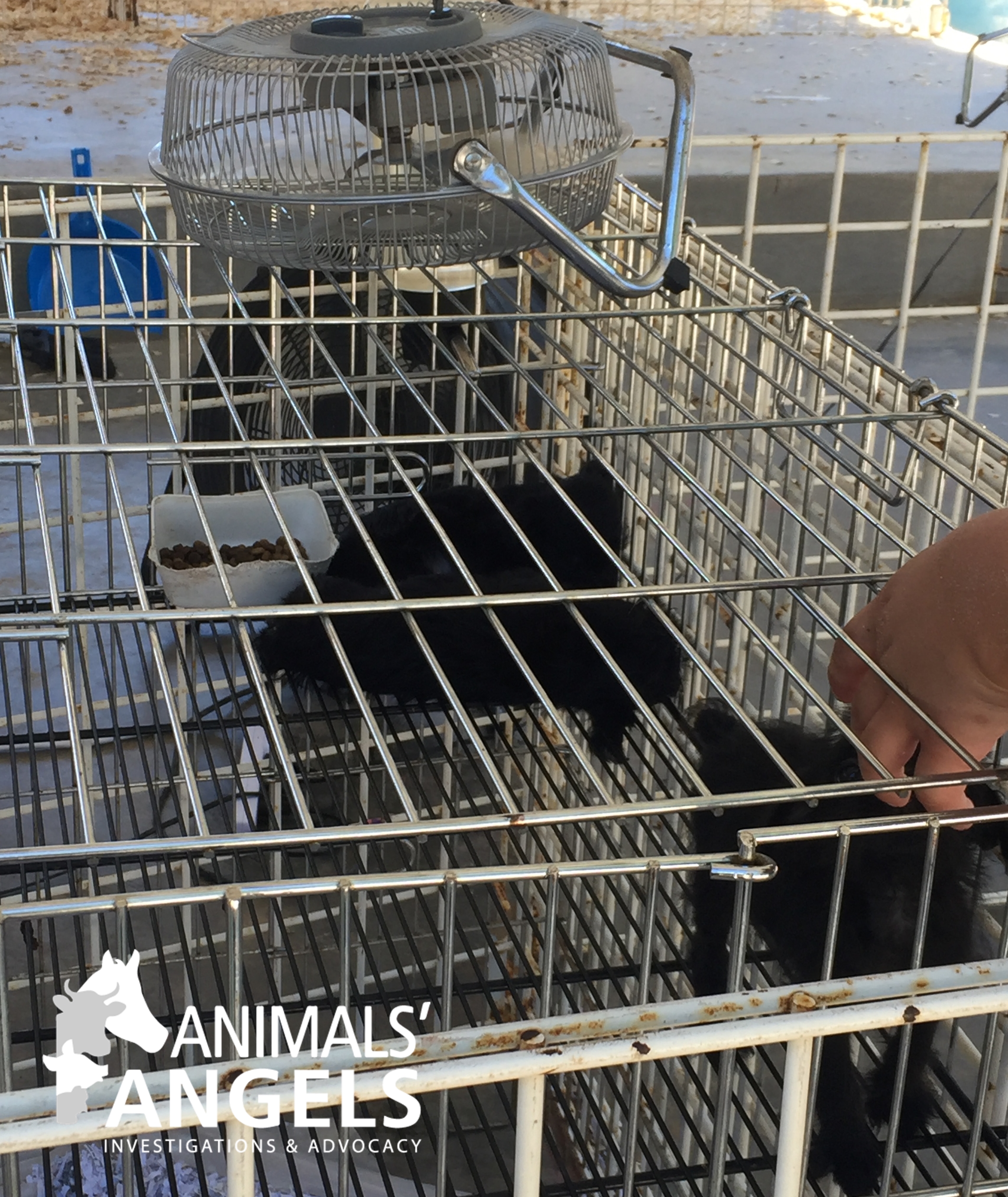 The continued lack of oversight by enforcement agencies and the apparent indifference of the Curry Trade Grounds management are both very concerning. Animals’ Angels will continue to monitor this venue and report all violations to the appropriate authorities, demanding action.