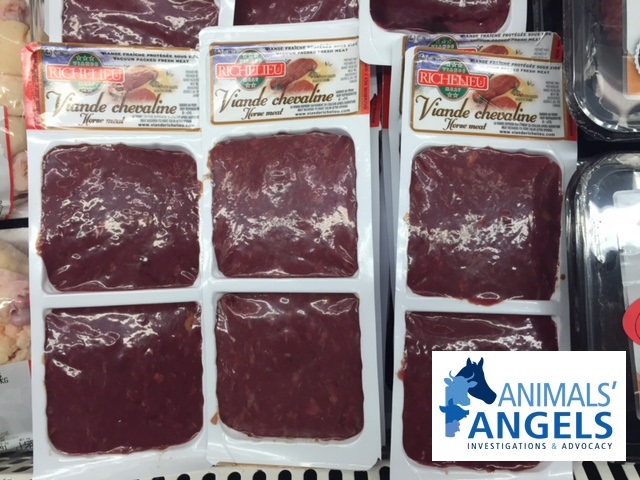 The Viande Richelieu, Inc. plant is one of just two horse slaughter plants in Quebec approved for export to the European Union.  It holds EU Approval #76.  The Richelieu plant receives a lot of horses from the United States, mostly from Pennsylvania, Ohio, and Michigan.

According to their website, the Bouvry owned company is “determined to offer very high quality meats” and has implemented “a rigorous tracking program, from the farm to the shelf.” 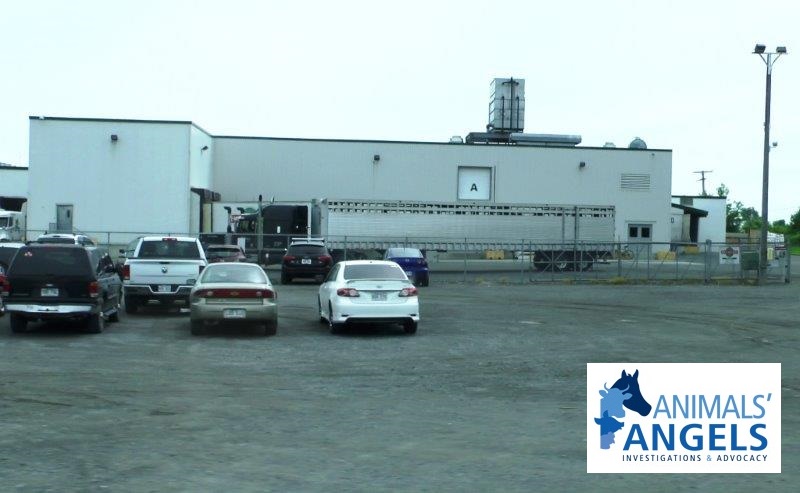 However, the website also clearly states that “all the horses come from auctions in North America,” which begs the question how is their tracking system able to determine the true origin of the horses delivered to their plant or trace their previous medical history. In fact, the recently released EU Food and Veterinary Audit report conducted in Canada reviewed the tracking program in place at the Canadian Horse slaughter plants and found controls to be insufficient. The FVO Audit concluded:

“The official export certificate accompanying live horses from the US does not include any statement relating to public health nor is there a reference made to the ECD, which despite being signed by an USDA-accredited veterinarian is not an official document issued by the USDA. The ECD only states that the number of horses on the consignment matches with the number of completely filled out EIDs.” 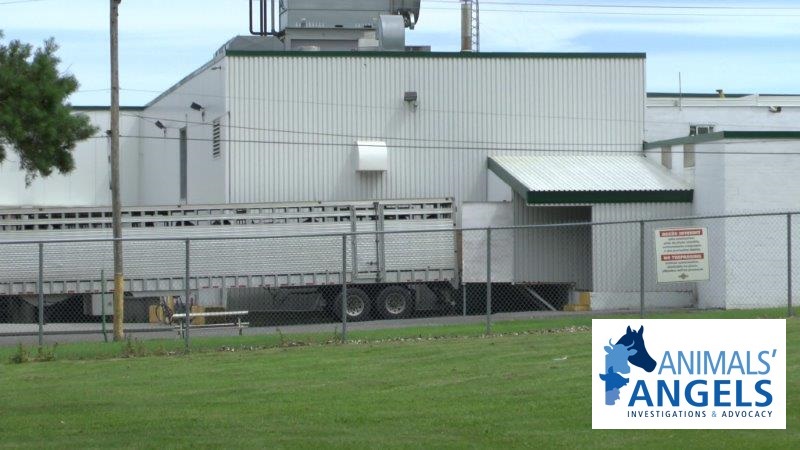 In addition, Animals’ Angels has pointed out numerous times that EID’s are frequently falsified by kill buyers in order to ship slaughter bound horses. The lack of any reliable information in these documents is of grave concern. There are several statements to this effect in the FVO audit, but none more telling than the following:

“There are no official checks to verify the veracity of the EIDs or whether the horses actually match the identifications registered on the EIDs. The information contained in several EIDs checked by the FVO audit team appeared incomplete, unreliable or false. It can therefore not be ensured that horses slaughtered in Canada for export to the EU have not been treated with substances which are not permitted in the EU, in particular hormonal growth promotants.”

During our recent visit to Canada, investigators monitored the Richelieu plant for two days, but there was very little activity. The plant itself is surrounded by a tall fence and backs up to a river. On one side of the facility is a somewhat unorganized storage area, cluttered with metal shipping containers, supplies, dumpsters, tires, and an access path to the holding pen area in the back. Investigators observed a conveyer belt coming out of the plant dumping what appeared to be horse body parts into a large open bin, most likely for later removal. 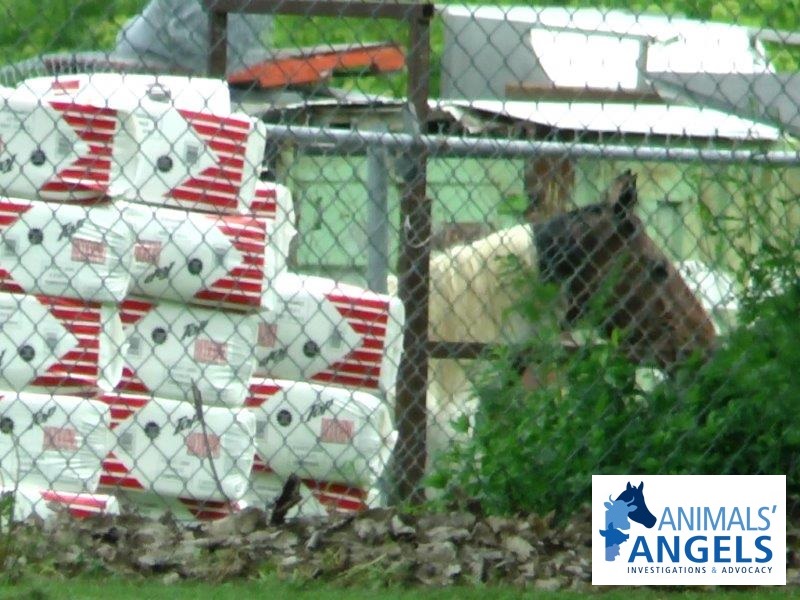 The holding pen area consisted of a simple, metal covered, shed-like structure that was open on one side. No fans were installed to provide cooling on a hot summer day or relief from the countless flies pestering the horses.

During our observations, investigators witnessed several groups of horses being moved into this area, where they were apparently kept until plant workers were ready to slaughter them. The workers used whips to move the horses.

On 6/18/15, investigators saw a group of US horses in the pen at the very back of the shed. No deliveries from the US had been observed that day, so it is likely that the horses had been there since the day before. 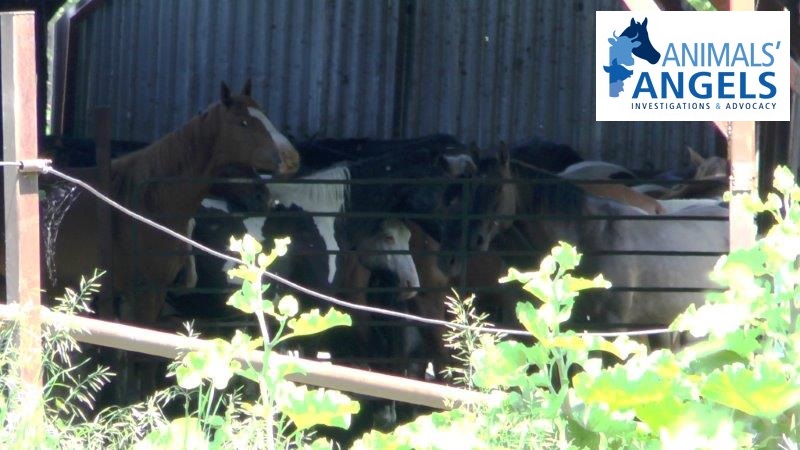 The pen was extremely overcrowded and the horses did not have any room whatsoever to move around. Several were observed coughing and had snotty noses. No food or water was observed in the pen.

However, even if water was available and just not visible to our investigators, it would be impossible for all of the horses to reach it, since the pen was way too packed.

Investigators observed for several hours, but there was no activity. Animals’ Angels will continue to monitor this facility.