On June 19, 2015, Animals’ Angels investigators spent time at the CFIA inspection station at the border to watch for any U.S. trucks loaded with slaughter horses to document their inspection. Investigators observed the station from the time it opened at 8:00 a.m. until 11:00 a.m., but no U.S. trucks arrived during that time.

Investigators decided to leave the inspection station at 11:00 a.m. and had just entered I-87S when they spotted a truck and single deck trailer belonging to Rotz Livestock from Shippensburg, Pennsylvania (DOT #1680857). Bruce Rotz is a well-known large scale kill buyer, shipping hundreds of horses every month to slaughter. 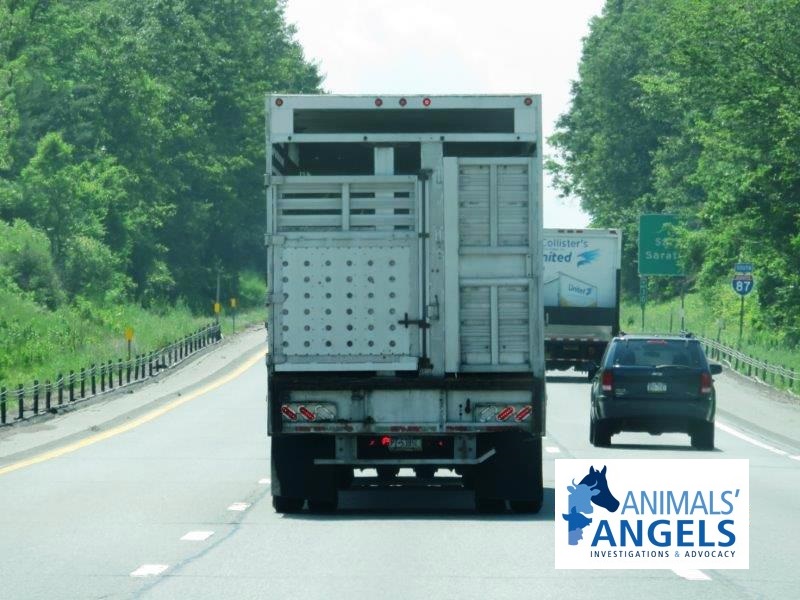 The trailer investigators observed this day was loaded with approximately 30 horses; all had the green USDA slaughter tags attached to them. The only possible reason for a loaded truck to head south is that one or more of the horses had been rejected by the CFIA veterinarian at the port of entry. CFIA requires the whole truck to turn around if even one horse is rejected.

The primary question that arose in our investigators minds: Where was this truck coming from since investigators had observed the inspection station all morning and the truck had not been there?

The only answers could possibly be: 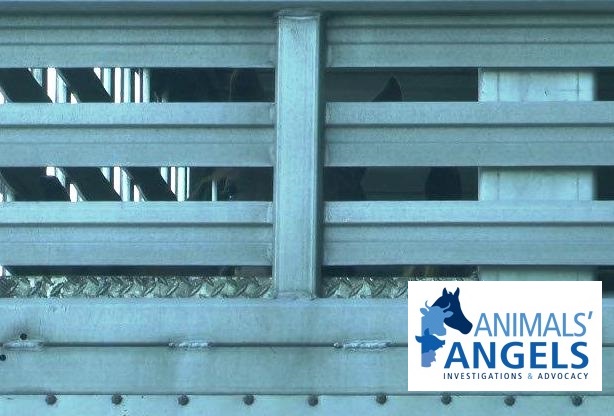 Investigators followed the truck, which crossed through Albany, NY at 12:24 p.m. By this time, the temperature had risen to 90 degrees. Driving behind the trailer, investigators could hear the horses kicking and fighting inside the trailer.

At 2:15 p.m., the driver was showing obvious signs of fatigue, slowing down and speeding up erratically and weaving in and out of his lane.

At no time did the driver stop to check the horses.

The truck arrived at Rotz’ location in Shippensburg, PA at 6:22 p.m. The driver backed the truck into the parking lot and disappeared into the house. Ten minutes later, he returned with a 2nd person. They opened the back trailer door and looked inside the trailer for a long time - this was another strong indication that something had to be very wrong.

After a while, the two individuals simply closed the door back up and disappeared back into the house. With the horses still on the trailer 45 minutes later and no one at Rotz’ location providing any care or help, investigators decided to call the Pennsylvania State Police to get some assistance for the horses. 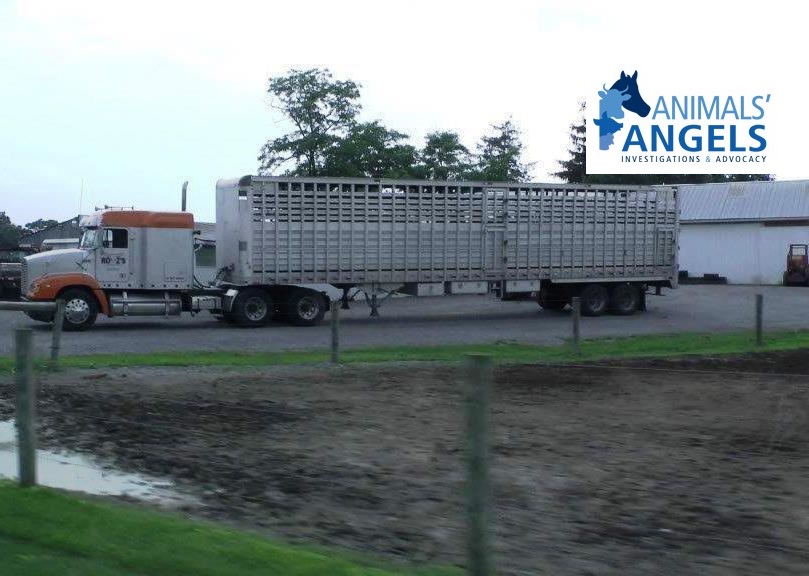 Officer McCabe arrived 20 minutes later. The officer attempted to look into the trailer via the small slates on the sides, but was unable to see anything inside. When she asked Rotz to open the trailer, Rotz refused, stating that the Officer would need a search warrant before he would comply.

To our investigators disbelief, Officer McCabe informed them that there was nothing more she could do, since there wasn’t enough probable cause for her to demand the trailer to be opened and she left.

Out of options, investigators continued to observe the property, but were soon unable to see anything because it was getting too dark and the trailer had backed up to the ramp.

Animals’ Angels requested the owner/shipper paperwork for that entire week from the USDA and the documentation showed that Rotz shipped two loads of horses on 6/15/15, one load on 6/16/15 and one load on 6/17/15.

No records were available for 6/18/15 and 6/19/15, so there is no information on the rejected load investigators followed back to his property. The paperwork also confirms that the transport Animals’ Angels followed on 6/16/15 was indeed unloaded in Unadilla and reloaded at 2:00 a.m.

According to the data, the vast majority of horses shipped were Quarter Horses between the age of 8 and 13 years and all transports held between 28 -31 horses per trailer. All horses were inspected by Newburg veterinarian Dr. John Shissler prior to shipment and found to be healthy and capable of making the trip. Animals’ Angels will continue to monitor this kill buyer.