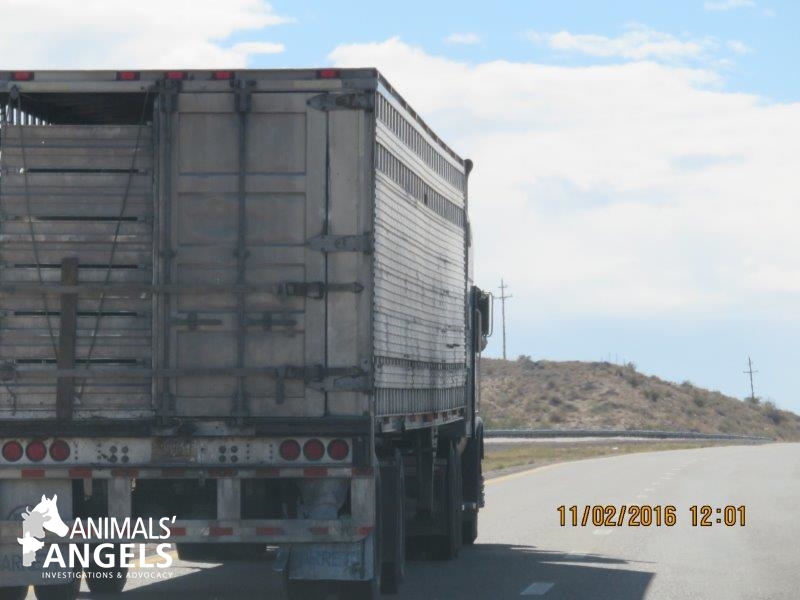 At 11:25 am, a truck belonging to Montoya Trucking loaded with slaughter horses left the feedlot and started heading south.

The trucking company, Montoya Trucking based in Los Lunas, NM, has been Chavez’s company of choice for many years. Montoya Trucking was involved in several of Chavez’s violations of the Commercial Transport of Equines to Slaughter Regulations, having been caught transporting downer horses to the Presidio export pens. 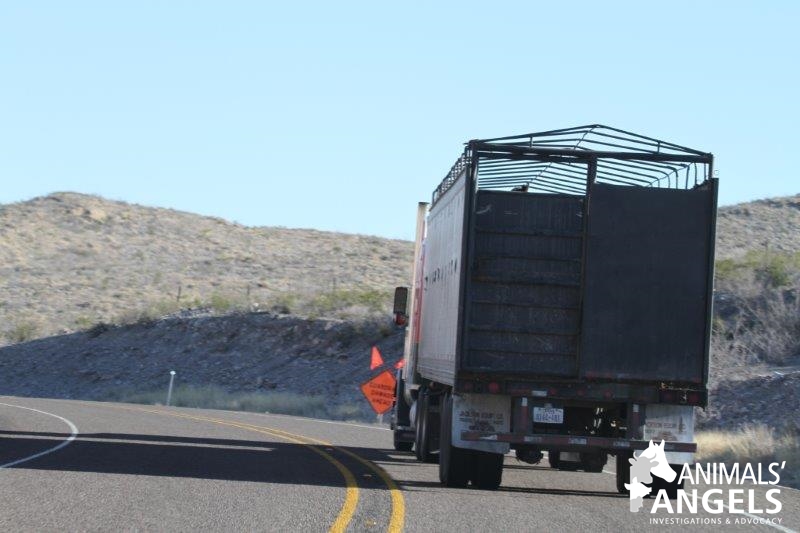 Animals’ Angels has reported the company to USDA numerous times for using inhumane open-roof trailers that provide no protection whatsoever from the elements and also allow for serious risk of head injuries due to the exposed overhead piping. (click photo to the left for report)

In addition to these offenses, Montoya Trucking (DOT #444262), operated by Damacio Montoya, also has a virtually endless list of Federal Motor Carrier Safety violations and already has had to pay over $16,000 worth of fines.

The violations show that the company poses a severe safety risk for the public encountering one of their trucks on public highways, since the inspections also found that operators were driving way longer than legally allowed, speeding, using tires with fabric exposed, and questionable brakes.

When investigators followed the Montoya Truck on 11/2/16, they immediately noticed that the truck had a different DOT Number than usual. This truck displayed DOT #1136113. A search on the FMCSA website revealed that a Leroy Montoya, had registered this number using the same company address and d/b/a name as DOT #444262. 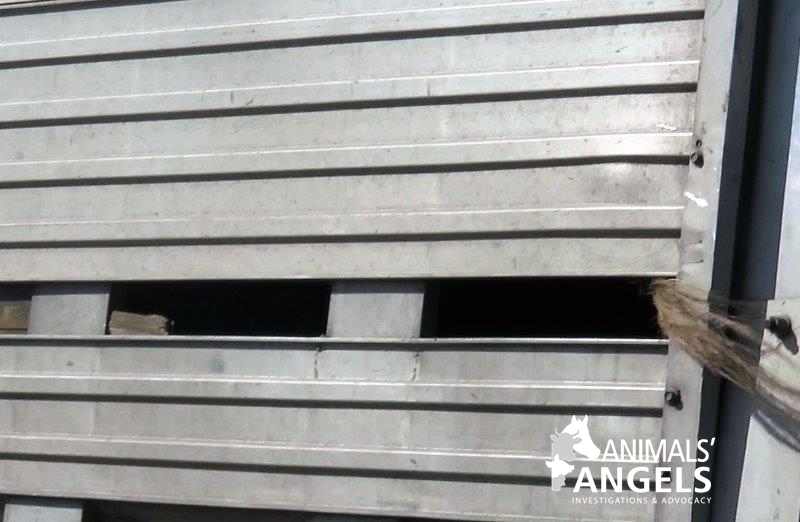 Investigators drove beside the single deck trailer and noted that there were approximately 30 horses inside  –  all had the green USDA slaughter tags attached to them. All of the horses appeared to be standing and no injuries were clearly visible. The lower sides of the trailer had been boarded up with wooden boards to prevent the horses from kicking through the sides. However, the board on the left side of the trailer was cut too short and left about three feet of the sides exposed – a serious safety concern for the animals inside.

Since the truck was heading straight to the Mexican border, investigators followed the trailer for some time and then returned to Los Lunas, NM to continue their observation at the Chavez feedlot.