Investigators immediately noted a black truck with a white trailer from the Canadian trucking company Guy D’Anjou, with DOT # 1539636, backed up to the loading ramp. D’Anjou has been shipping for Rotz Livestock for quite some time.  Last year, AA had trailed a D’Anjou truck full of Rotz’s horses to the Richelieu slaughter plant in Canada and found the horses were left on board the truck with no food or water for approximately 21 hours, including an overnight stay in frigid temps while the driver slept, before finally making it to the slaughter plant in Canada.

While at the Rotz property on 6/16/15, investigators noted a great deal of activity.  The D’Anjou trailer was being loaded with horses, but the task was not going well. There was a lot of noise; horses were kicking and fighting, and the handling was rough.  All of the horses had green USDA slaughter tags already attached.

At 11:10 a.m., the D’Anjou truck left the Rotz premises and started heading to I-81 North.  At 12:30 p.m., the truck hit heavy, stopped traffic at an active construction zone. For half an hour, traffic was barely moving. Investigators measured the temperature and received a reading of 101 degrees. The temperature in the crowded truck had to be higher.  Stopped traffic in summer heat is the worst thing that can happen as temperatures in these packed aluminum trailers increases quickly, causing horses to suffer heat exhaustion. 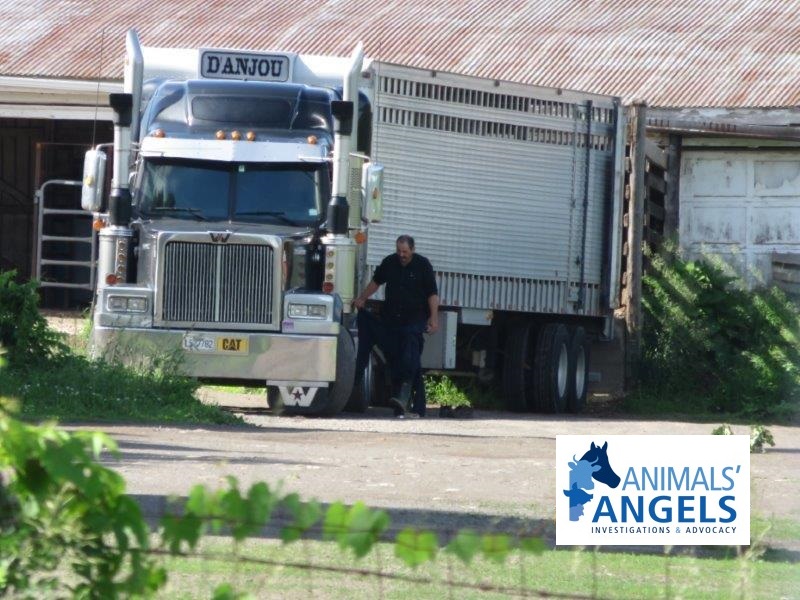 The truck crossed into New York at 3:16 p.m. at which time it was raining heavily. By 4:00 p.m., the driver left the interstate and headed towards Unadilla. At the local livestock auction that is known to have a horse auction catering to kill buyers, the driver unexpectedly backed up to the loading ramp and unloaded the horses. Afterwards, the driver rolled down his window and was observed filling out some paperwork, likely his log books. After that, no other activity was observed.

Investigators left the premises at 10:00 p.m. to get a few hours of sleep in order to continue following the truck to Canada. When they returned at 2:15 a.m., the D’Anjou truck was gone. 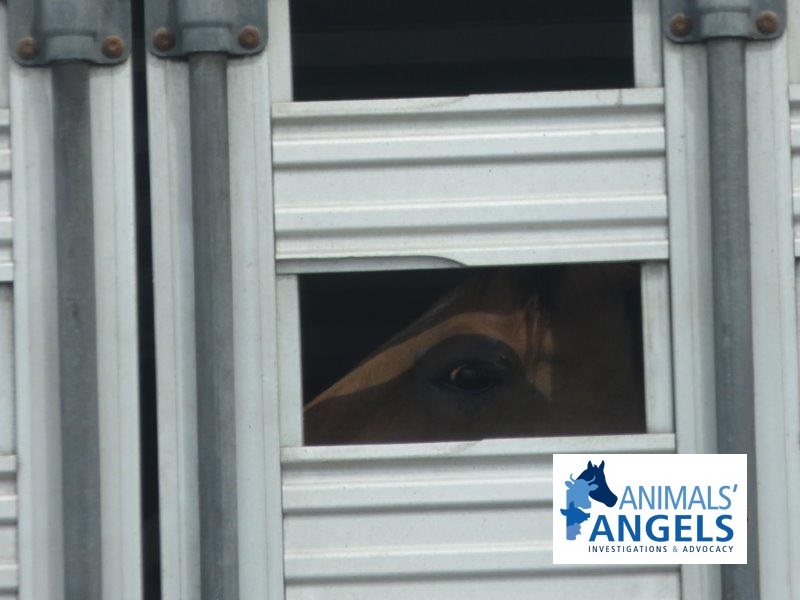 Our investigators proceeded to the Canadian border and caught the truck waiting at the closed CFIA inspection station at 7:00 a.m. Investigators were able to observe the horses inside the trailer and could see all of them were standing.

At 7:26 a.m., the driver walked around his trailer and checked on the horses.

The CFIA inspection station opened at 8:15 a.m., at which time two Capron trucks loaded with slaughter horses arrived at the station, likely shipping horses for another PA kill buyer. 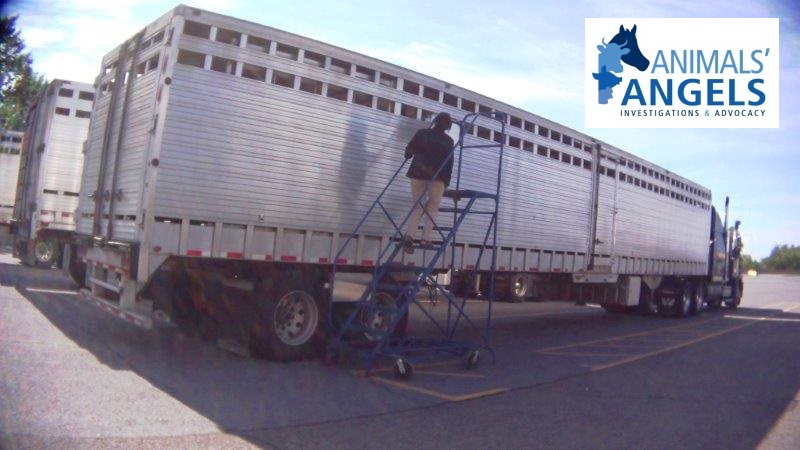 The large gate of the CFIA inspection station opened at 8:35 a.m., and a female inspector pushed a ladder on wheels next to the D’Anjou trailer. Standing on the ladder, this inspector simply peeked through the tiny holes on the trailer sides to assess the horses’ condition.

It is highly unlikely that injuries, sicknesses, or final stage pregnancies could be detected through such a cursory and insufficient inspection.

The entire inspection lasted just 15 minutes after which the driver went inside to have his paperwork checked.  The truck was again on its way to the Richelieu plant at 9:20 a.m. Fatigue on the part of the driver started to become apparent as the truck began to weave in and out of its lane and was braking irregularly. 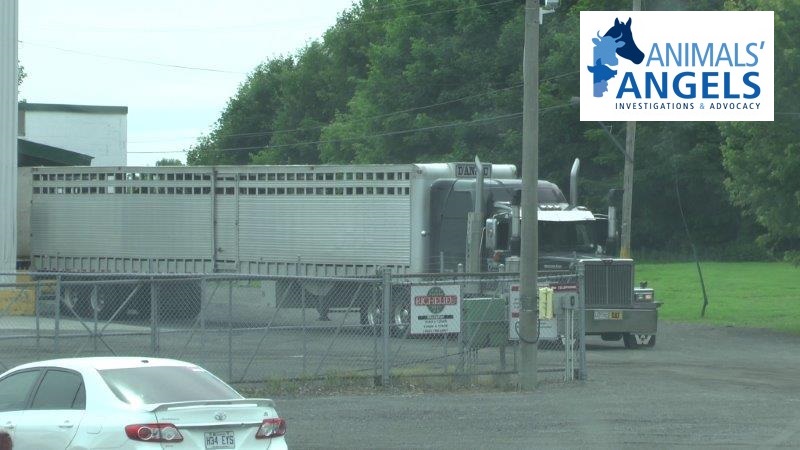 The truck finally arrived at the Viande Richelieu plant at 11:05 a.m. An individual, who appeared to be a veterinarian, approached the vehicle and cut the seals off the trailer back and side doors. The horses were unloaded and moved into a paddock area in the back of the premises without incident. All of the horses walked off trailer okay. The entire operation was finished at 11:35 a.m.

It appears that this trucking company has changed their normal procedure on at least this occasion, and unloaded the horses halfway to give them a break. If this is an ongoing, permanent change for every load, this is a decent development. However, it is entirely too early to make that determination.  It could have had another purpose altogether, since the truck specifically stopped at Unadilla, such as adding horses to the load.