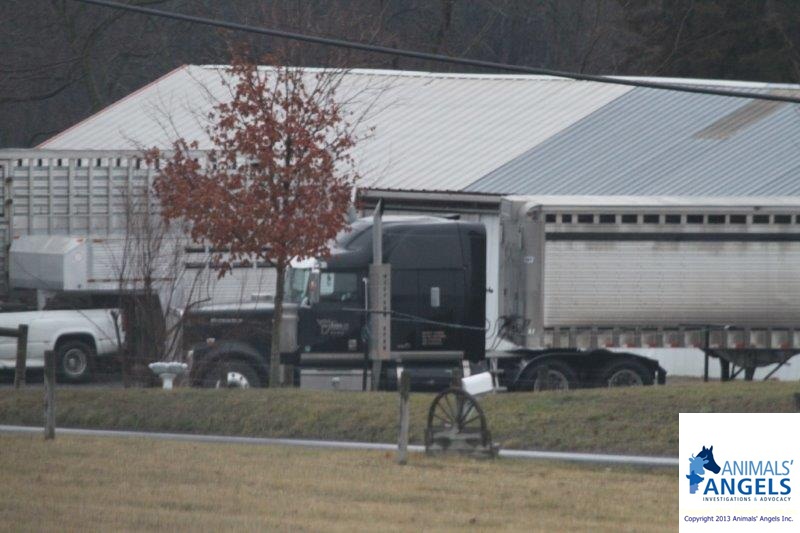 On January 13th, 2014 investigators arrived at the Rotz Livestock property around 4:30pm. A new semi-truck bought by Mr. Rotz, presumably from insurance money that was collected for the previously mentioned accident, was parked in front of his barn. A blue tractor trailer of Kentucky’s Waugh Livestock was also on the premises. The trailer had just backed away from the loading ramp, likely delivering a shipment of horses to Rotz from a recent sale in Knoxville, TN.  The Waugh truck then parked next to the other semi. The driver exited the vehicle and no further activity occurred. 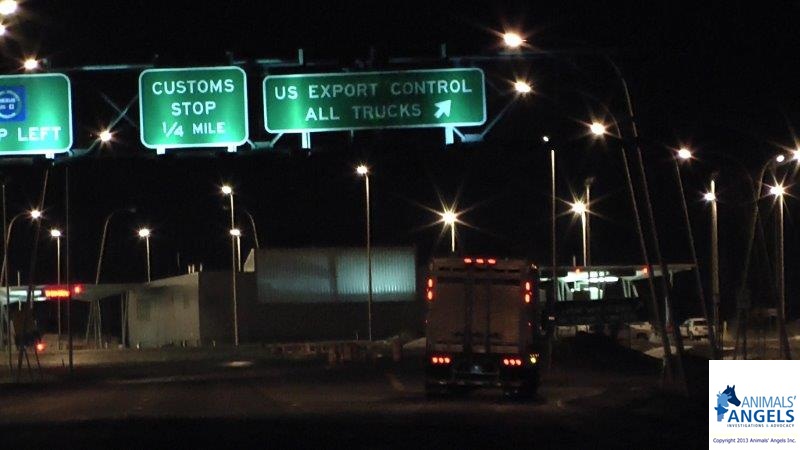 At 8:00am the next morning investigators returned to the premises to find that the Waugh truck had already left. Bruce Rotz’s new pick-up truck and stock trailer were parked next to the semi.

At 9:27am, Rotz left the house with paperwork in hand and entered the barn.

At 11:55am a black Vernla truck (DOT 935767) with Canadian plates arrived in Shippensburg and pulled into the gas station. The driver refueled, put on winter slats and then drove to Bruce Rotz’s premises. Shortly thereafter, another black truck with Canadian plates & boarded up single deck trailer arrived (Trucking Company Guy D’Anjou DOT 1539636) and immediately backed up to the loading ramp. The loading was completed at 1:15pm. This truck then left the loading ramp and pulled out on the street. At 1:46pm, the Guy D’Anjou truck left the premises and started heading to I-81 North. It continued on I-81 North, pulling into a rest area for 10 minutes at 2:30pm.

At 4:32pm the truck began crossing through Scranton, PA. Another rest stop followed at 5:25pm. The horses were finally checked by the driver at 5:51pm.

After this quick check, the truck continued on its way and didn’t stop again until 8:15pm when the driver grabbed something to eat. The investigators walked over to the parked trailer to check on the horses inside. It was very difficult to assess their condition, since there were only very small holes along the trailer sides. However, they were able to determine that all horses were still standing. 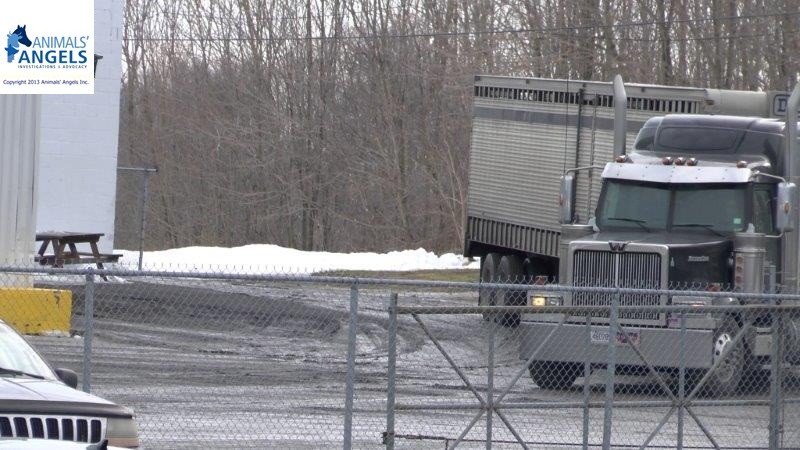 The driver returned to his truck at 8:30pm and continued driving, heading north on I-87 towards Albany. The driver pulled over at a closed Mobil station for the night at Exit 40 at 11:16pm.

The horses were left inside the trailer for the duration of the night.

At 5:30am the following morning the truck left and drove to a McDonald's at the next exit. After spending 10 minutes eating, the driver continued to the Canadian border and parked in front of the CFIA inspection building.

At 7:21am, the Rotz Livestock truck observed the day before arrived and at 7:40am CFIA personnel showed up. The Vernla truck arrived at 7:54am. The drivers all went inside with paperwork in hand at 8:18am.

At 8:59am the drivers left the office. During the time that they were filling out their paperwork an inspection team briefly examined the horses inside trailer, but never unloaded them. They only looked through the small holes of the trailer using a metal ladder. The inspection concluded at 9:05am. The D’Anjou truck pulled away from the building and backed into a spot next to the border office. The Rotz Livestock truck pulled around the building and backed into the loading dock of the CFIA office, apparently there was an issue with one of the horses.

At 9:12am a truck from Sugarcreek Livestock arrived and shortly thereafter, at 9:24am, a white truck with Ontario plates arrived from an unknown US site. Investigators witnessed that there were some horses tethered to the side of this trailer.

The D’Anjou truck left the border at 9:29am. Investigators followed and noted that at 9:55am the truck turned onto 30 East. It continued to 20 East at 10:09am and at 10:22am it pulled into a rest area. The truck finally arrived at the Richelieu plant at 11:15am and immediately backed up to the loading ramp. All horses were observed walking off the trailer.