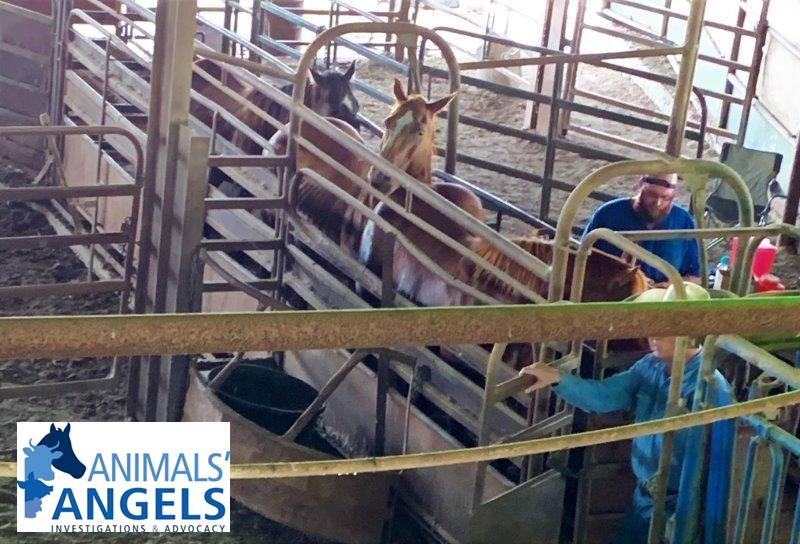 Animals’ Angels investigators arrived at the monthly Stephenville Horse Auction on August 2nd at 6:00 PM. The heat index approached a scorching 110° as they observed unbearable conditions in the covered pen area, including oppressively hot air and clouds of dust. Adding to the misery, none of the horses in the pens had access to food and water other than those in the loose horse pen.

Our team counted approximately 90 horses and 11 donkeys up for sale, which is a substantial reduction from sales in the past where several hundreds of horses would be sold each month. It’s heartening to see that the European Union’s ban of horse meat from Mexico is resulting in fewer horses being subjected to the poor conditions at the Stephenville Auction. 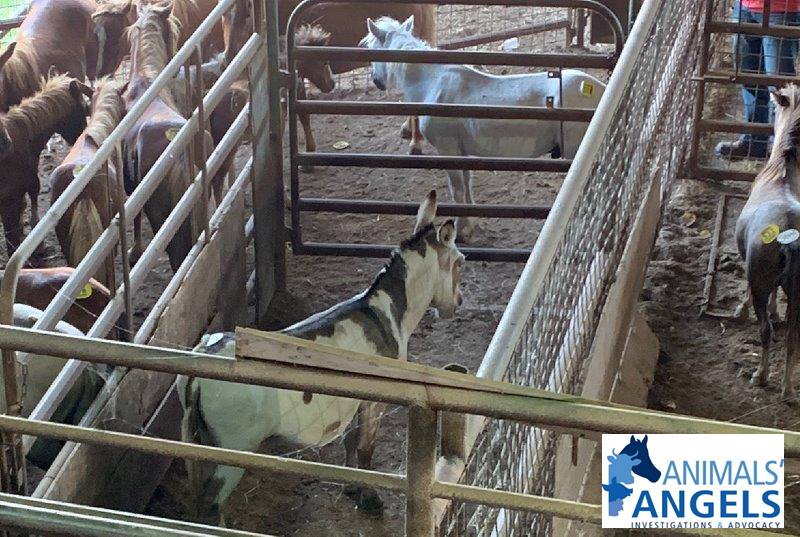 Unfortunately, some of the innocent animals that did end up at the auction were in poor condition. Several horses were very thin, and two horses in separate pens, a gray and sorrel, were visibly tired and appeared pitifully lethargic.

The horse sale began with the stallions about 7:25 PM. Five studs went up for auction first, followed by the ponies, donkeys, and riding horses. Our investigators noted that approximately 40 riding horses were sold in a fierce bidding war between kill buyer Terry Saulters and buyer Bubba K., who is thought to buy horses for kill buyer Joe Rios. Horse trader Blake Thompson was also at the sale.

Next came the 20-25 loose horses, one of which was limping so severely that none of the kill buyers wanted to buy the struggling animal. An unknown buyer with the number 7x finally purchased the limping horse for $10. 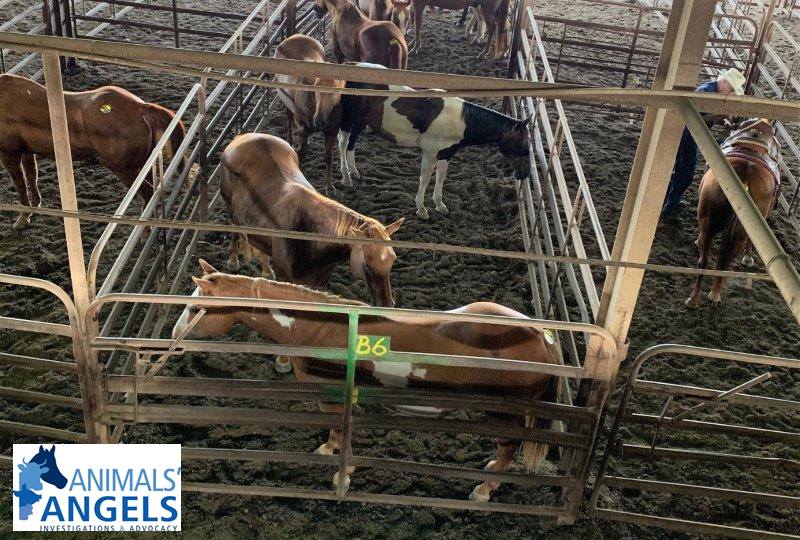 Overall, our investigators reported that kill buyer Terry Saulters bought close to 20 horses, paying an average of $300 for each horse. Among these unfortunate animals was a horse with only one eye, as well as a horse that was limping due to a bad right rear hoof. The injured horse was sold “straight away” to slaughter by Saulters, who also purchased several ponies, a donkey, and a stud. Our team also noted that Bubba K. had purchased 18 horses, paying an average of $420 for each horse.

As the sale came to an end, the buyers immediately loaded up the animals bought at auction, and the premises quickly cleared out. However, the Animals’ Angels investigators who witnessed the appalling conditions at the Stephenville Auction will not be so quick to move on. Based on the suffering observed, Animals’ Angels will continue to monitor this sale and as always, report all violations to appropriate enforcement agencies.