The Stephenville Horse auction is a large, monthly sale, held the first Friday of each month.  At this site, there is a large, covered pen area, overlooked by a catwalk, with additional pens in the back of the premises for slaughter horse prospects. 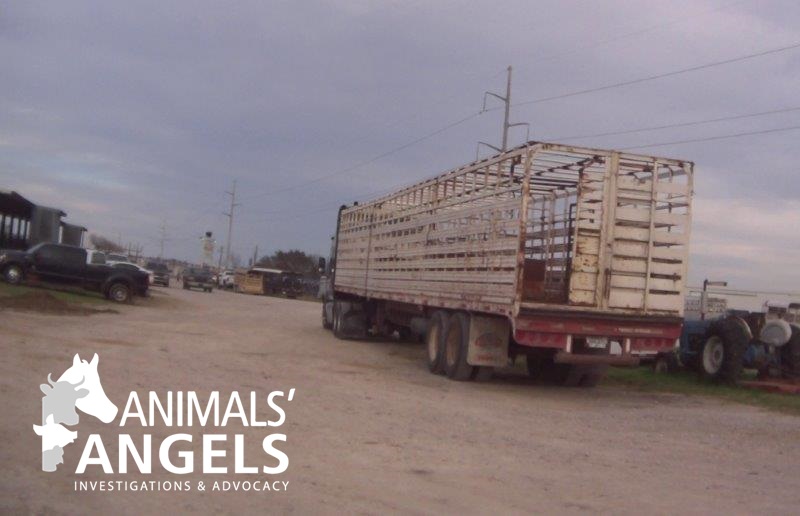 AA investigators arrived at the sale on March 4, 2016 at 4:30 pm.  Upon arrival, there was not much activity. However, at 5:30 pm, trucks and stock trailers started to arrive and unload. This auction is well known for being frequented by multiple, large-scale kill buyers, since every sale easily has several hundred horses available.

Investigators walked to the back pens where approximately 50 to 70 horses were being held. Next to the pen, the semi and single deck trailer of slaughter horse hauler Addison Trucking from Lipan, Texas was observed parked. AA has seen his tractor/trailer multiple times at the Texas export pens delivering slaughter horses. 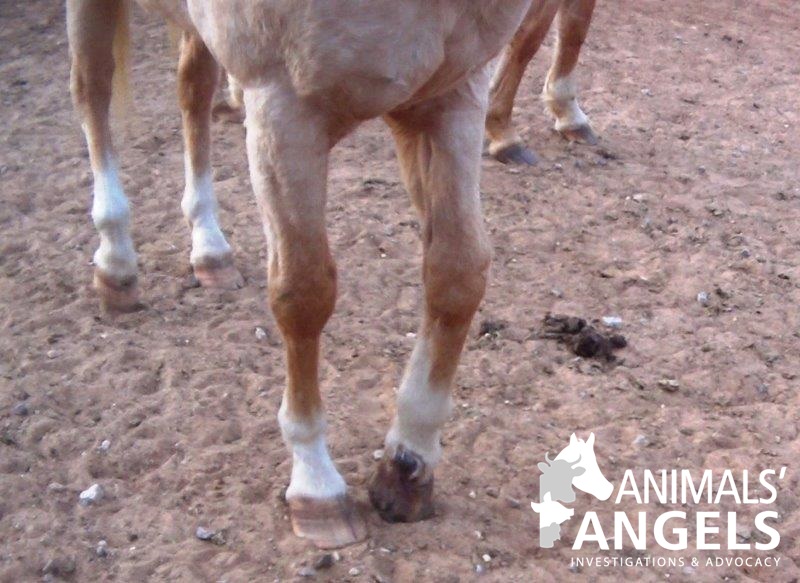 It was noted that several horses inside the pen area were quite thin, with ribs showing. One horse was limping severely and his foot was covered in dried blood. It appeared that there was a metal object stuck in his foot, but it was difficult to tell from the distance. Another horse appeared to be completely blind. When investigators returned to the front of the barn, the 7s Racing Stables was unloading several thin Thoroughbreds into the pen area. They were put into one of the large pens with approximately 30 other horses.

From the catwalk our investigators observed the vet drawing blood for Coggins testing. Auction workers moved horses from a pen into a narrow chute and the horses were very frightened and agitated. A few horses even reared up and tried to climb out of the chute, but to no avail. 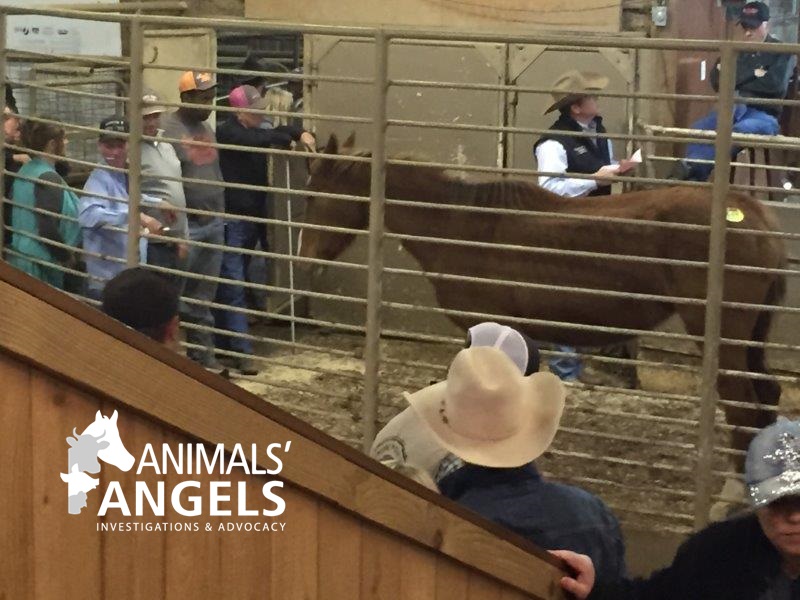 The horse sale itself started at 6:15 pm with approximately 160 to 180 horses up for sale – which is extremely low compared to previous visits where investigators have seen an average of 400 to 600 horses go through the ring. Investigators struck up a conversation with an auction worker who stated that the horse market in the area was down after the EU ban on horsemeat from Mexico and further, that many of the large-scale breeders in the area had quit breeding altogether resulting in less horses being dumped at the sale.

The horses were moved to the ring by workers on horseback as well as workers on foot carrying moving flags. Some horses panicked at the entrance to the ring. Stallions were sold first, then riding horses, with loose horses being put up for bid last.

Several kill buyers were lined up inside the auction ring, among them long-time kill buyer Terry Saulters from Waco, Texas.  Saulters was bidding not just under his own name but on behalf of Mike McBarron as well. Also present were the J & S Horse Company, Norman Franklin (Ocala, FL), and Bradshaw Livestock who appeared to be buying for McBarron’s competitor, Mike O’Dwyer. 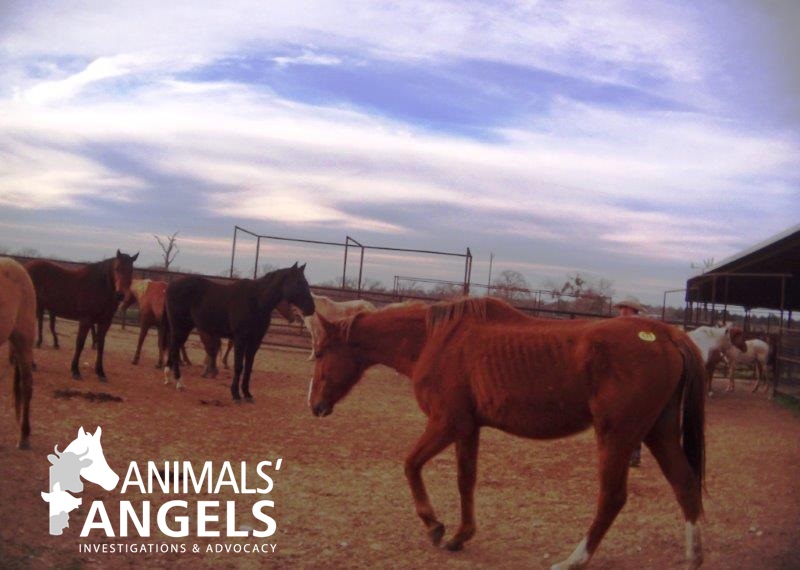 The loose horses started to sell at 7:50 pm and the horses were moved through the ring at a dramatically increased speed compared to the others. The horse with the foot injury went to Terry Saulters, the blind horse was bought by J & S Horse Company for $35. Saulters and Bradshaw were battling fiercely over each horse which led to prices of $350-$600 for an average horse. The sale ended at 8:50 pm and loading started almost immediately afterwards.

It is extremely concerning to see that the kill buyers purchased horses that could not legally be shipped to slaughter – blind in both eyes and unable to put weight on all four legs – shipping them would be a clear violation of the Commercial Transport of Equines to Slaughter Regulation. This speaks volumes as these horses were likely deliberately purchased for resale in a broker program, a burgeoning venue for kill buyers to boost their bottom line.  However, should these horses in fact ship to slaughter; the continued lack of enforcement of regulations by authorities has robbed even this last protection from these horses.