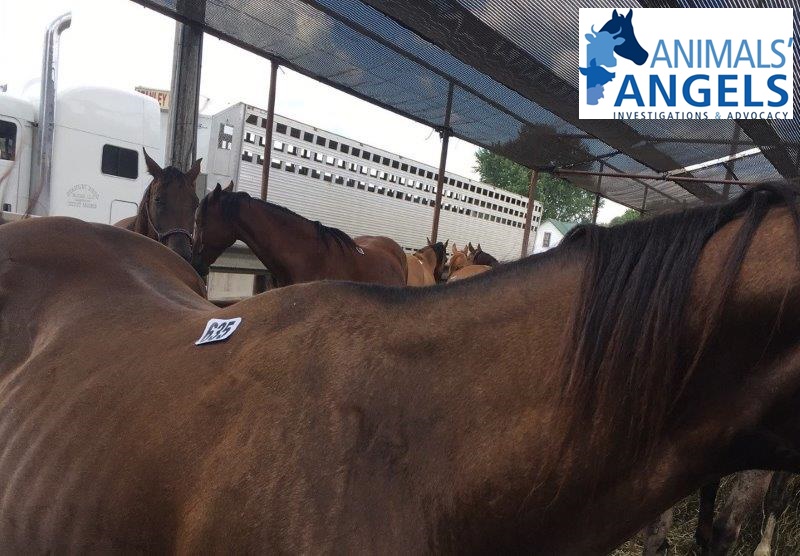 While news of a wedding is normally something to celebrate, Animals’ Angels investigators were not so thrilled when in August of 2020 the Stanley Family of Hamburg, Arkansas and the Austin Family of Louisa, Virginia announced the marriage of their respective heirs, Boots Stanley and Loren Austin. This marital alliance seemed to set the stage for the expansion of the cruel and inhumane businesses operated by the Stanley family, who have garnered a horrifying list of violations and offenses which includes torture, animal cruelty, and aggravated battery resulting in hundreds of thousands of dollars in fines.

Long acquainted with the activities of both families, Animals’ Angels determined that the matrimonial merger of the horse trader clans called for a renewed investigation into their activities and the substantial operations and resources they control.This month’s newsletter thus offers an in-depth account of the history of the Stanley and Austin families and provides vital information for anyone thinking to buy a horse from either family or their joint slaughter empire.

The Stanley Family’s Legacy of Cruelty and Violence 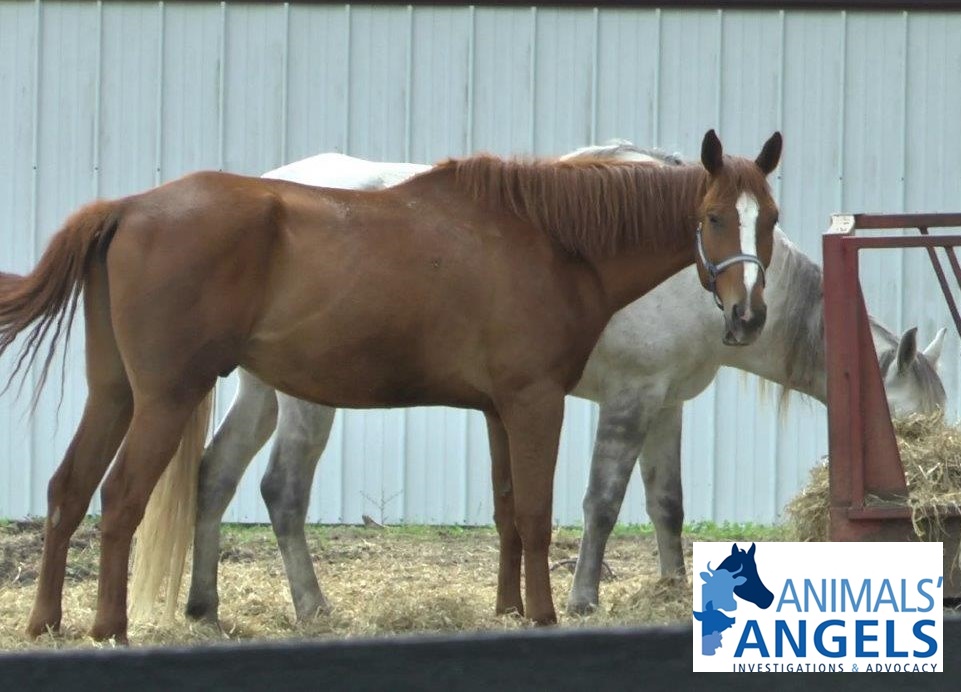 Long one of the largest and most notorious horse slaughter enterprises in the country, the Stanley family business is operated by brothers Mitch and Greg Stanley under various names, including M & M Livestock, Stanley Brothers Farm, L.L.C., and Stanley Brothers Livestock, Inc. Sons Michael and Boots Stanley are also involved in the family business, which works with an extensive network of buyers and operates a main lot in Bastrop, Louisiana, along with numerous kill pens and broker programs all across the country.

A while back, the Stanley family was also able to take over the privately owned export pens in Eagle Pass, Texas. Since then, horses exported to Mexico for slaughter are checked by Mexican authorities right at the Stanley’s lot, which guarantees limited oversight and access.

However, the Stanley Family cannot avoid or evade oversight by the Animals’ Angels investigators, who are well aware of the long list of shocking violations and offenses they have accumulated, which include: 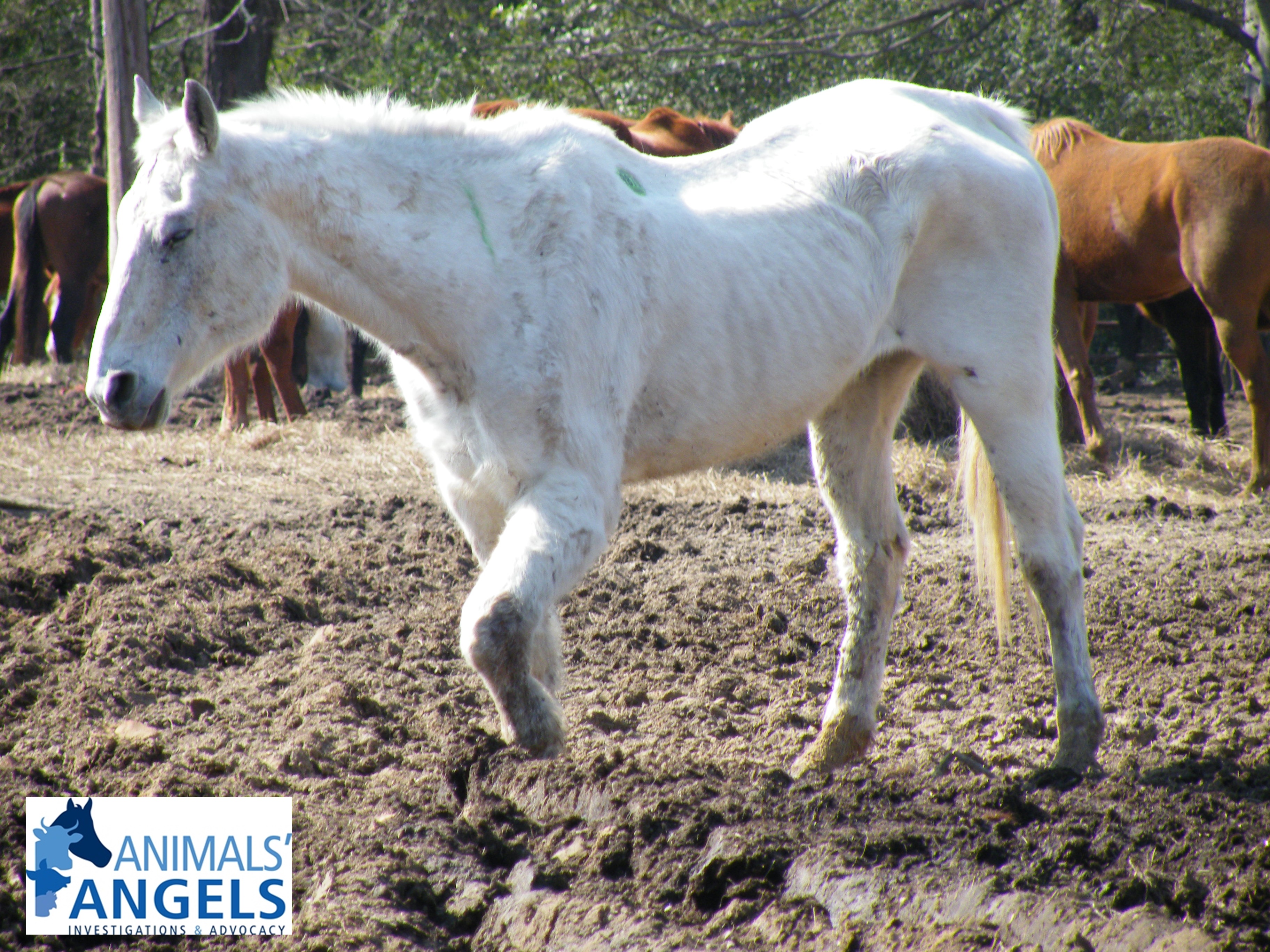 Transporting injured horses and totally blind horses to slaughter, causing severe distress, which is a blatant violation of the Commercial Transport of Equines to Slaughter regulations, resulting in over $20,000 in fines.

Aggravated cruelty to animals. Boots Stanley made national news in 2016 after he and his friend Steven Sadler tortured and ultimately cut a dog’s throat on the Bastrop Kill Pen premises. They then posted the entire event on social media. The two men were charged with aggravated cruelty to animals and were ultimately sentenced to three years of probation and a $5,000 fine. (This sentence was a mere slap on the wrist considering the severe nature of the crime, and dismayed animal advocates across the country).

Aggravated battery. Greg, Mitch, and Michael Stanley confronted and attacked an animal activist. During the attack, Michael hit a 65-year-old man in the face with a wooden board, inflicting substantial injuries which required reconstructive surgery to repair the victim’s fractured nose. Michael was charged with aggravated battery, and Greg was charged with simple battery. They were later ordered to pay $115,000 in damages.

Countless violations as they operated their own trucking company. The Stanley Family’s trucking business incurred $28,520 in fines under DOT 2388513 and another $7,610 in fines under DOT 451845. Violations included operating a Commercial Motor Vehicle without a CDL license and having a company resource test positive for a controlled substance.

As affluent horse traders who own hundreds of acres in different locations in Virginia, the Austin Family has provided horses to the Stanley slaughter business for quite some time. Known for attending the New Holland Horse auction, as well as other Pennsylvania and Virginia auctions, Jesse Austin and his son J.R. run multiple business venues, including Cedar Ridge Farm and the Austin Land & Cattle Company.

Also operating an online broker program under the pretense that they are “rescuing” horses from slaughter, J.R. and his wife Kim own Rolling Hill Farm, where they keep many of the horses they offer online. However, it seems the Austin Family keeps most of the horses they buy and sell hidden away from the public, often in difficult to access or remote locations. 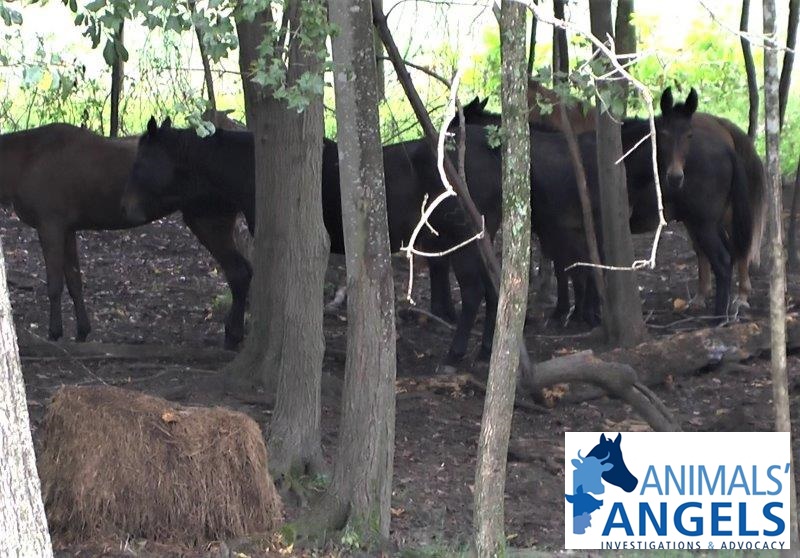 When our investigators visited several Austin Family properties in June and October 2021, they observed horses at one location wandering around in a heavily wooded lot that contained piles of trash and potentially dangerous debris. Old wooden boards, glass bottles, metal pipes, and other potential sources of injury were carelessly scattered among the trees. At another location, investigators found several horses competing with a group of longhorn cattle for the same feed and were dismayed to see that one horse had a long cut on its right side.

After recently receiving multiple complaints from individuals who have purchased horses from the Austin’s Louisa pen, Animals’ Angels reviewed related veterinary records and eyewitness statements, and were left with serious concerns about the care and the treatment of the animals in the Austin Family’s care. 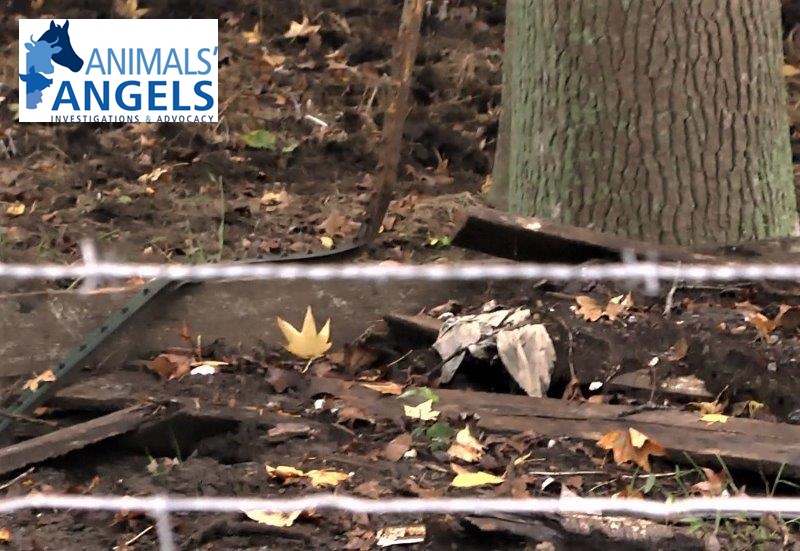 The 2020 marriage of J.R. and Kim Austin’s daughter Loren to Boots Stanley served to intensify an already thriving relationship between the Stanley and Austin families. Business continues to boom for both families, who now control most of the well-organized supply routes along the East Coast.

Newlywed Loren has since popped up on social media with a new ploy to manipulate online buyers who believe they are saving the horses her husband’s family so callously buys, sells, and sends to slaughter.

Creating yet another lucrative source of income under the name “Fountain Hill Horse Company,” Loren is using the compassion of horse lovers to her financial advantage by creating a social media presence on Facebook that includes a “slaughter deadline” for the horses she lists for sale.

That’s right, visitors to the Fountain Hill Horse Company Facebook page are subjected to the clearly stated threat that, if they don’t buy one of the horses listed by a certain date, the poor animal will be shipped for slaughter. The Facebook page’s “About Us” section claims that all horses are owned by an unidentified kill buyer and that the “organization” has no influence on the ship date or the ultimate fate of a horse. Despite this disclaimer, an additional payment of $200 made directly to Loren Austin can miraculously bring a horse back after it’s been shipped.

It isn’t hard to imagine why the page fails to disclose that Loren Austin is actually the daughter-in-law of the kill buyer who owns the horses. After all, this blatant attempt to mislead and manipulate horse lovers raises the question: is it fraud or just an unethical business scheme?

How to Shut Down a Slaughter Dynasty

With the marital alliance of the Stanley and Austin families tightening their bonds and fortifying the substantial assets available to both families, it’s undeniable that they now have one of the best supply chains for horses in the country.

Add to that their access to dozens of locations available to stash horses and a network of horse buyers, along with their own trucking companies, and it’s easy to believe the Stanley-Austin slaughter dynasty is destined to continue raking in killer profits. 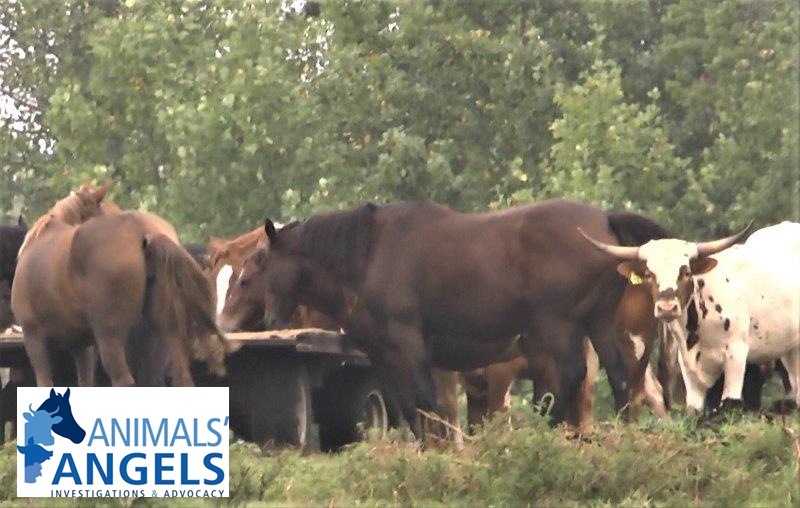 However, after considering the latest developments in the slaughter and horse trade industry, Animals’ Angels wonders if the outlook is more precarious for the Stanley-Austin clan than it seems. Perhaps if the cruel, unethical business practices they perpetuate are widely exposed, and individual buyers are strongly encouraged to acquire horses only from humane horse rescue organizations, their business and profits will quickly dry up.

Public records show the Stanley family’s shipments of slaughter horses to Mexico are in significant decline due to falling demand, causing them to shift their focus online and rely heavily on websites and social media to sell horses to private individuals.

If individual horse buyers simply refused to buy a single horse from the Stanley-Austin enterprise, and instead turned to legitimate horse rescues, their online businesses would no longer be profitable for them, and the fortunes made on the backs of suffering horses would cease to exist. What a difference that would make for all the wonderful horses at legitimate rescues waiting for a good forever home right now!