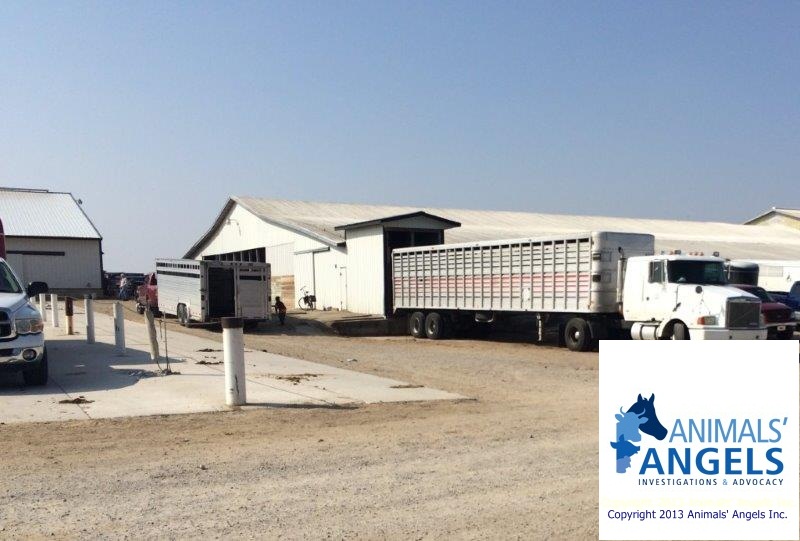 Animals’ Angels investigators attended the Shipshewana horse auction on Good Friday, one of the two largest auction days of the year there. Upon arrival at the auction at 9:40am, they immediately noticed that the “loose horse” auction, which was held outside the auction ring in the back of the pens, had already started. As bidders crowded around the auctioneer, workers prodded the horses from the holding pen one by one, slamming the gate in the face of any horse who tried to follow. Once sold - for as little as $10 - they were pushed into large pens behind the barn. 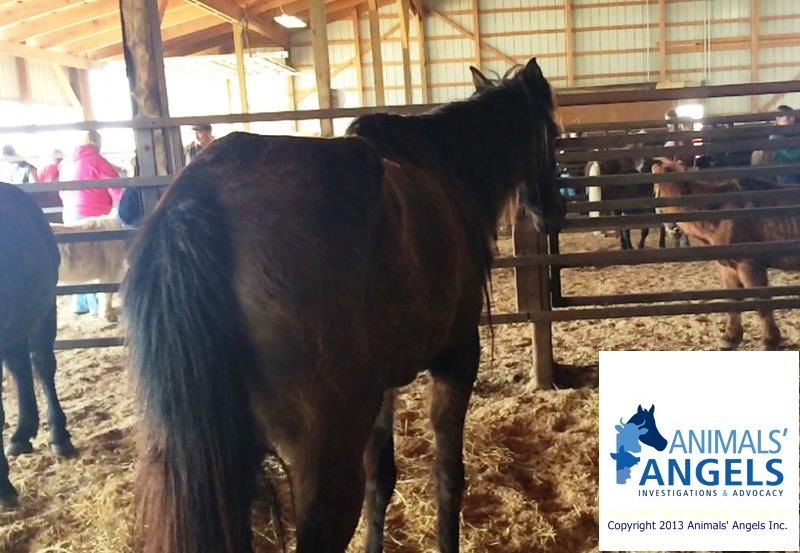 Among them was a horse (tag #504) with a badly injured hind leg. The leg was severely swollen and the bone was visible. It was quickly moved through the auction ring and sold to an unknown buyer. Kill buyers Jaron Gold (Roping J Ranch) from Michigan & Ryan’s 4 R Ranch from Kentucky, who both were in attendance, were not interested.

Once the loose horse sale ended, investigators took a closer look at the horses purchased by the kill buyers. Several of them were emaciated or had neglected, overgrown hooves. 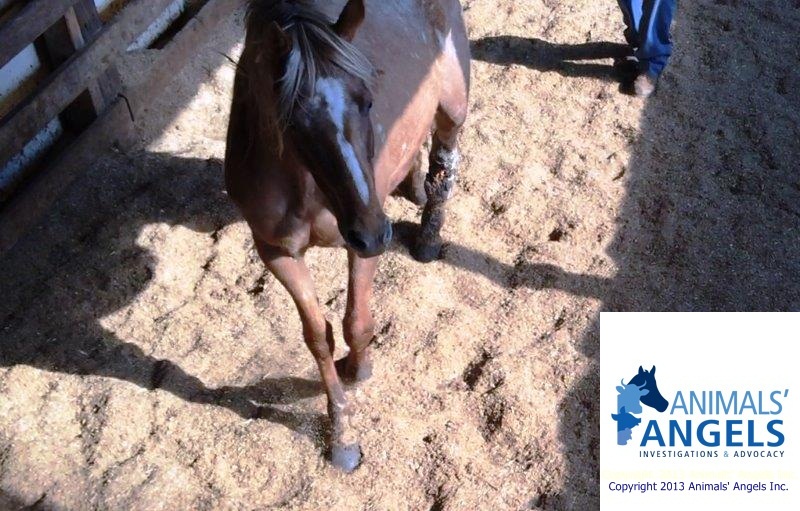 An older, gray mare (tag # 534) was covered in scars and had multiple cuts across her face. A large Belgium Draft appeared sick, he was standing quietly in a corner with his eyes closed. Investigators also noted a Thoroughbred in the kill pen, a 2005 bay mare (I35715 – Proud Mover). Fortunately, Proud Mover was later rescued and purchased from the kill buyer.

Inside the main barn, the riding horse auction was about to begin in front of a packed audience. 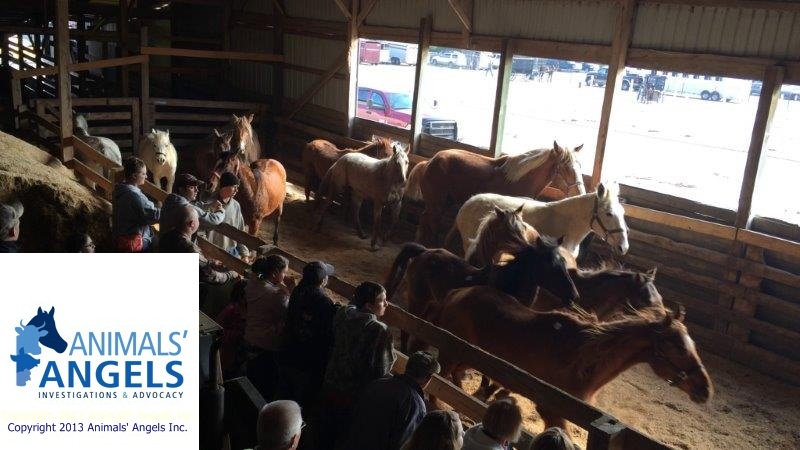 As horses were led into the ring, the auctioneer read a list of their attributes. These were racing, riding, and show horses, and some of the prices topped $3,000. But the slaughterhouse buyers were there, too, to bid on the least expensive horses. Toward the end of the auction, around 4 p.m., the cheapest horses were brought in, and the amphitheater started to clear out. The kill buyers became the main bidders. Jaron Gold actually sat at the auctioneer’s desk, bidding by leaning forward and waving his hand. 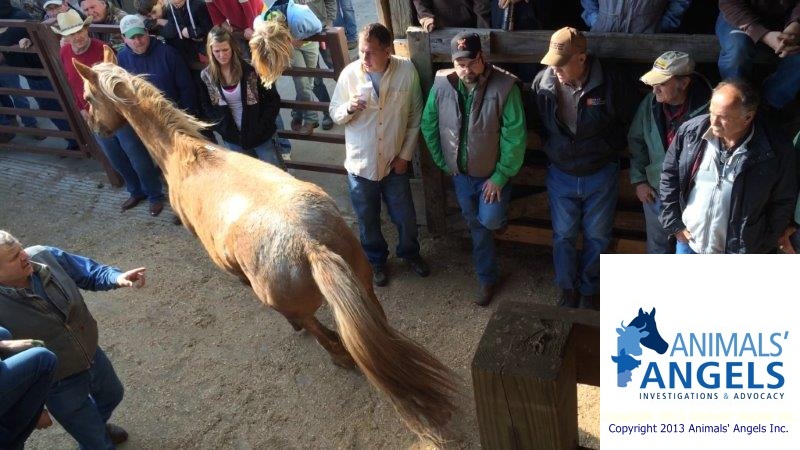 After the auction had ended, the buyers immediately started loading up their horses.  The semi and single deck trailer of kill buyer Ryan was already back up to the loading ramp. Jaron Gold, who had brought his white Chevy Dually and stock trailer to the sale, was among the first ones to load and left the auction at 5:10pm. Twenty minutes later his yellow “Roping J Ranch” semi and single deck trailer arrived at the auction. Shortly thereafter, Ryan’s “4 R Ranch” semi finished loading and left. The Roping J Ranch trailer backed up to the loading ramp, loaded his horses and left the premises.

There was no more activity afterwards.