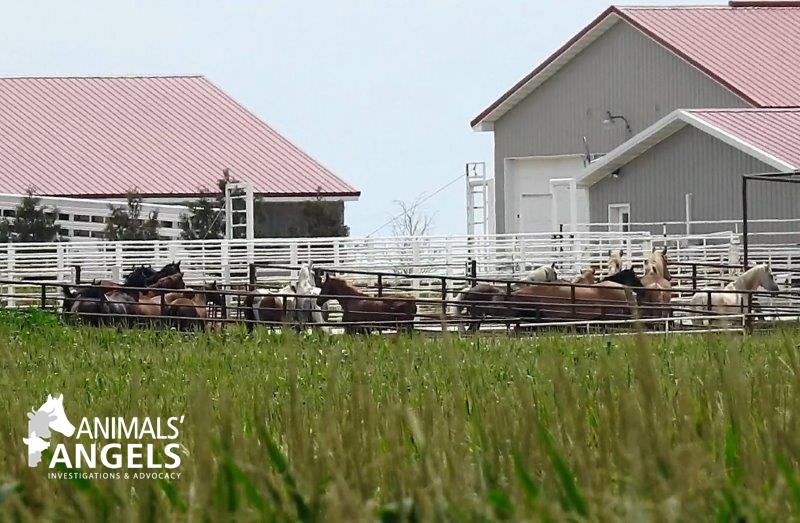 Animals’ Angels returned to the kill pen/collecting station of Iowa’s largest kill buyer Scott Kurtenbach to determine if conditions had changed since our last visit.

It should be noted that Kurtenbach has a long history of violating the Commercial Transport of Equines to Slaughter Regulations (Case Numbers: IL04273, IL05001, WI05008, IL06062, IA08028, IA 09019, IA 10023).  He received a fine of $7,500 for multiple incidents of shipping horses unable to bear weight on all four legs as well as horses with large cuts and other severe injuries. One horse was euthanized after delivery to the plant due to gangrene and septicemia. 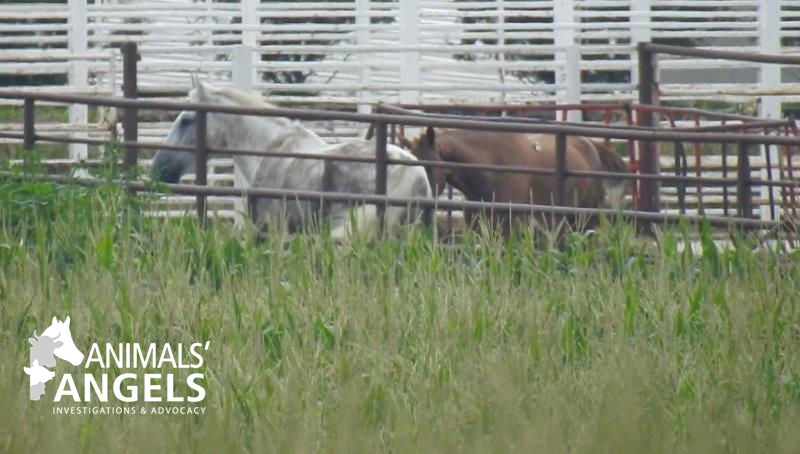 Kurtenbach frequents all of the large auctions known for selling great numbers of slaughter horses, such as the Billings Horse Auction in Montana and the Kalona Livestock Auction in Iowa.

Up until recently, he shipped his horses to the Canadian Premium Meats horse slaughter plant in Alberta, however, now he is shipping to the Les Viandes de la Petite Nation Plant in Quebec, a staggering 1160 miles away from his collecting station. 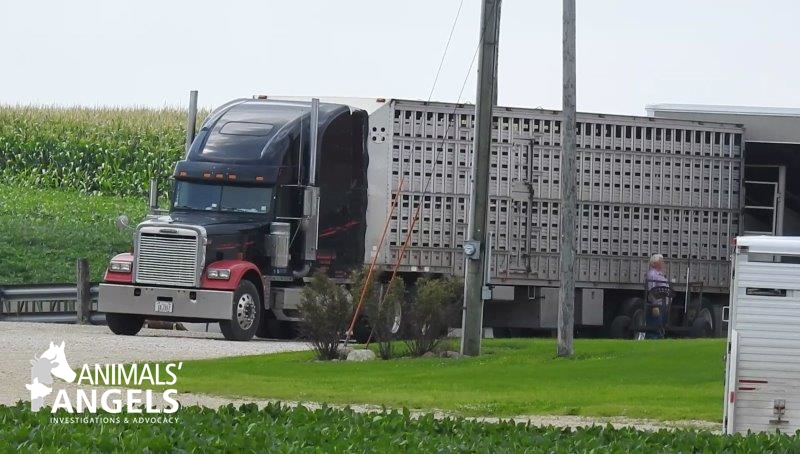 Animals’ Angels research also revealed that Kurtenbach uses the premises of well-known Michigan horse trader Randy Beasley as a layover for some of his transports to the plant.

When investigators arrived at the Kurtenbach premises in Lawler at 12:00 p.m. on July 31st, there were approximately 40 horses visible in the outside pen area. The horses appeared greatly agitated and there was a lot of movement in the pen. 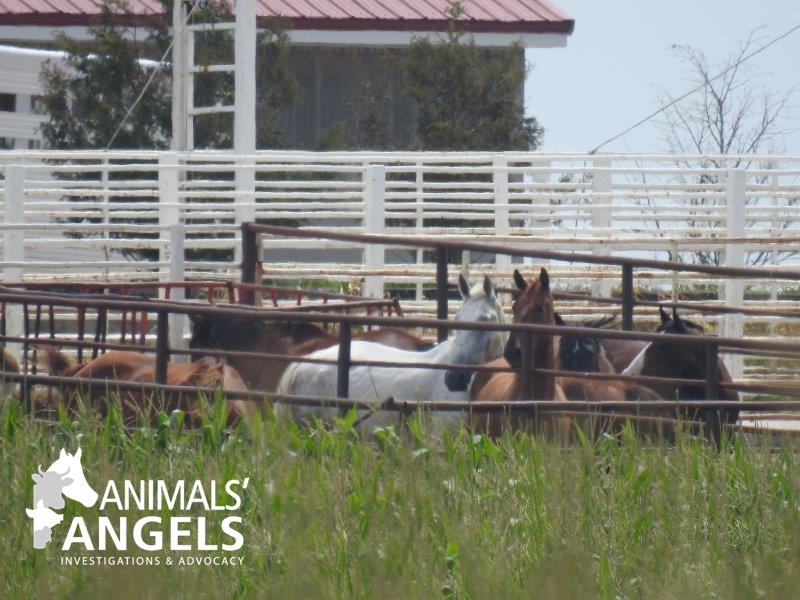 Investigators watched as Kurtenbach moved additional horses from inside the barn out into the pen. It was noted that the horses in the pen already had green USDA slaughter tags attached to their hip. Several of the horses observed were extremely thin, with their ribs plainly showing.

Twenty minutes later Kurtenbach’s semi and single deck trailer backed up to the loading ramp. Shortly thereafter, he began loading horses onto the truck and investigators could clearly hear the horses whinnying and their feet kicking the metal walls of the trailer.

After the loading was finished, the now full truck left the premises and started in a direction that was apparently headed to the plant in Canada.

Investigators still had other target locations in Iowa to investigate and therefore decided not to follow. However, AA will continue to monitor the activities and operations of this large scale kill buyer.