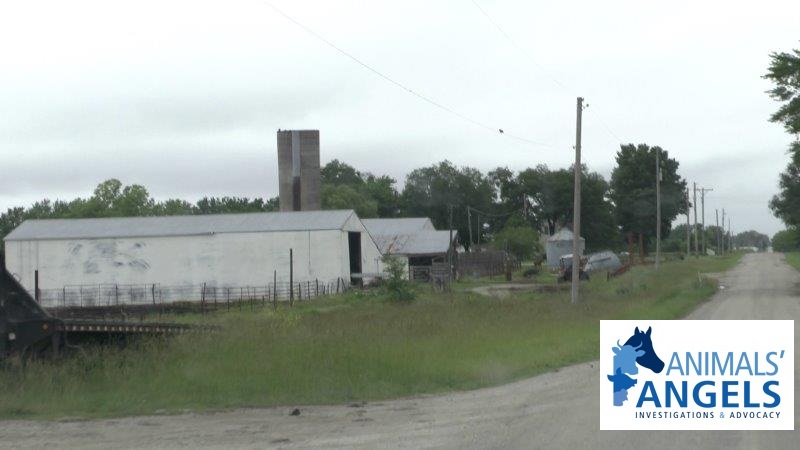 Raymond Tucker, d/b/a/ Tucker Brothers LLC is a long time kill buyer based out of Fort Scott, KS. Tucker ships horses to Mexico for slaughter and is linked to another large scale kill buyer in Texas. Tucker made the news in 2010, when 7 of his rejects, several of whom were severely emaciated, were found languishing inside an abandoned trailer belonging to Justin Harvey. The truck, which had broken down along the interstate, was simply abandoned, along with the horses inside. 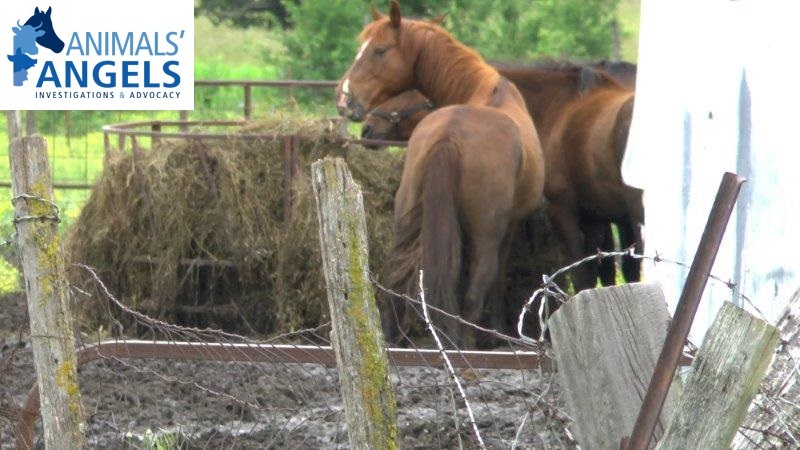 The authorities reported the internal temperature of the trailer at 140 degrees and as a result, two of the horses died, with the remaining horses suffering serious distress and malnourishment.   The charges for such grave neglect and animal cruelty?  The USDA IES Case TX10845 for this incident resulted only in a warning letter.

Tucker was quoted in a news article at the time as saying the following about the situation:

"It won't end up to a rat's ass," he said. "It's just stirring up more publicity that doesn't need to be stirred up. That's the way I feel about it."

Tucker later added, "That was the situation, an unfortunate situation ... All I can tell ya is shit happens."

Tucker attributed the condition of the horses to the fact that they had been in Texas at the Mexican border for a week before they were sent back. He added that in El Paso, Texas, it costs $200 to have a dead horse unloaded if it dies during transit.

"If you lose a horse in transit, which is common on killer type horses, why, they are going to charge you 200 bucks to unload him," he said. "Well I'll just leave him on my truck and I can haul him back home and bury him with a Bobcat for a lot less than 200 bucks." 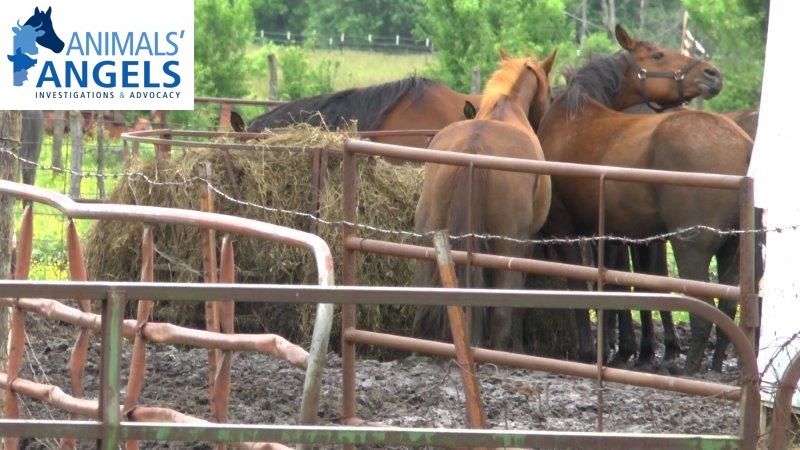 Tucker operates a feedlot/collecting station in Fort Scott, KS and has teamed up with a Missouri Broker/Rescue Program advertising approximately 25-35 of his horses via Facebook every month.  This lucrative side business secures him an extra income of approximately $10,000 to $15,000 a month.

AA investigators visited the feedlot between 5/26/15 and 5/31/15 to assess the conditions of the location. The property consists of several barns, large pastures and an extensive pen area. Overall, the property looked run down and dilapidated. 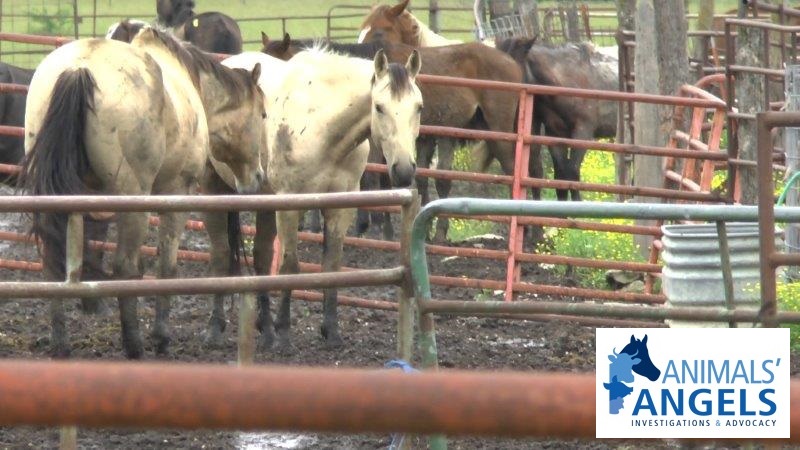 The condition of the pen area which held approximately 35-40 horses was extremely concerning. There was a lot of broken pipe fencing, loose barbed wire, wire with large holes, and sharp metal pieces scattered around, creating a tremendous risk of injuries for the horses.

Recent heavy rain had caused the feedlot to turn into a muddy mess and several horses had difficulty walking as the mud was up to their knees, especially around the hay feeders. 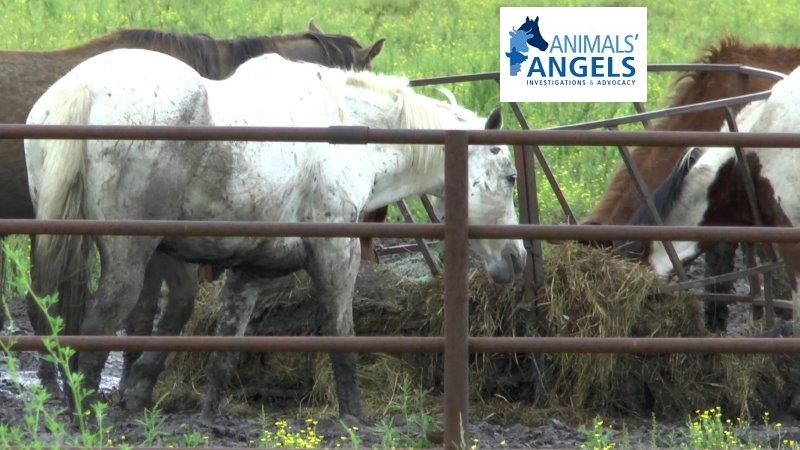 The hay itself appeared to be very low quality.  Several horses were quite thin with their ribs and hip bones clearly showing.

There were no semis present at the time our investigators were onsite, but several pick-up trucks with stock trailers were observed picking up horses and dropping horses off.  Animals’ Angels will continue to monitor this property and Tucker’s activity.