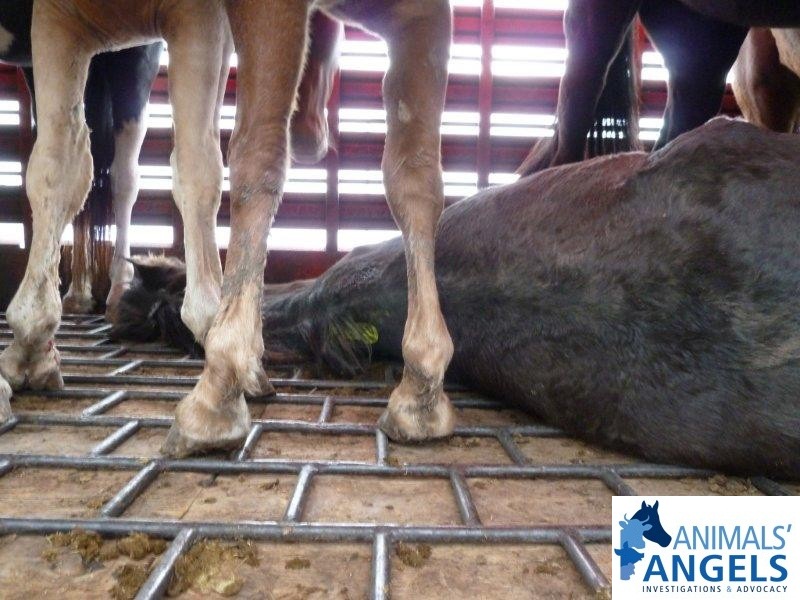 When Animals’ Angels investigators returned to the only privately owned export pens in Texas late in the afternoon of October 29th, they immediately noticed a slaughter horse transport truck pulled over by officers from the TX Department of Public Safety (Commercial Vehicle Enforcement Division) The officers spent a long time inspecting truck and trailer and reviewing the driver’s log books.

The trucking company was Sparkman, based out of Quanan, TX. The DOT number, which should be displayed on the side of the truck, was not legible, which is a violation of FMCSA regulations. The trailer was empty as the truck had just returned from the pens.

Investigators spent the next morning monitoring slaughter horse trucks arriving and leaving and again witnessed trucks being inspected by DPS. Since this has never been witnessed before, we believe this to be a direct result of our police training in Eagle Pass earlier this year. At the training, several officers for DPS were in attendance and were provided with a list of all slaughter horse transport companies and their countless violations.  The information was very well received and the officers promised to increase inspections. 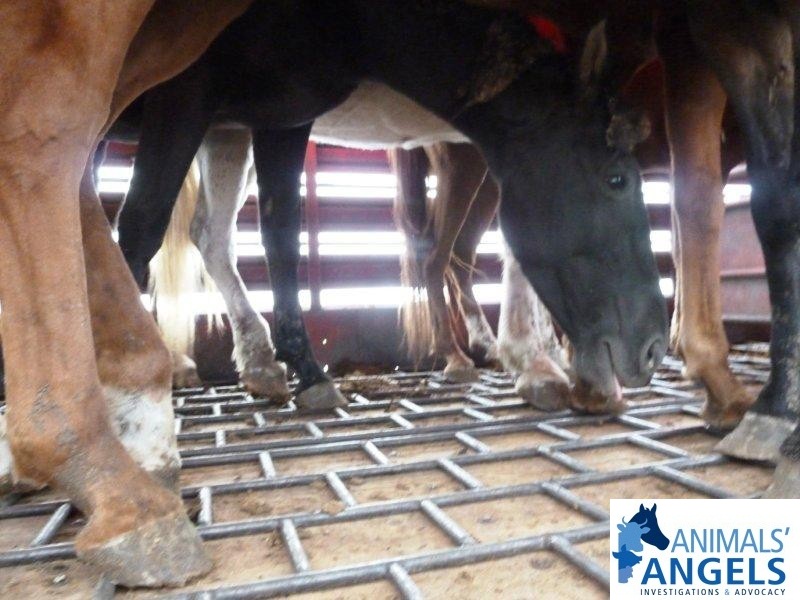 Among the trucks observed that day were Montoya trucking, O’Dwyer Transport, Bill Richardson and Blowing W Ranch. At 12:50pm, the first Mexican trucks started to leave the pens loaded with horses. As usual, all trucks pulled into the broker lot prior to crossing the border. However, while they always had remained there for hours during our previous inspections, this time the procedure had changed and all trucks continued to the border after 10-30 minutes.

Animals’ Angels has filed countless complaints with USDA about the long waiting period at the broker lot, since the horses suffer tremendously inside parked trailers. Parked trailers offer very limited airflow and summer temperatures can reach over 100 degrees Fahrenheit, which causes heat exhaustion and increases the risk of horses going down inside the trailers. This development is definitely an improvement, since it shortens the time the horses have to be confined inside the trailer significantly.

At 4:20pm, a group of MX trucks left the broker lot together and parked at the border crossing to have the paperwork checked. Investigators used the opportunity to check the conditions of the horses inside the trailers. They noticed a yellow Unidos transporter (DOT 634763Z) pulling a canvas top single deck trailer, since the trailer appeared to be overloaded. Looking inside, they immediately see that two of the horses are down and being trampled by the surrounding horses. One of them still head it’s head up, but the other one was completely down and lying flat on the trailer floor.

Investigators acted fast and alerted border officials about the situation. They requested that the truck would be rejected entry into Mexico and the driver told to turn the truck around and return to the export pens to unload the horses. Border officials agreed to help and ordered the driver to turn the truck around. Followed by the investigators, the truck returned to the Ruben Brito export pens. At the pens, investigators approached one of the workers who was still present and urged him to unload the horses immediately. He refused at first, stating that the trailer had already been sealed and could not be opened. However, after looking inside the trailer, he agreed to unload and (as requested by AA) contacted pen owner Brito over the phone. 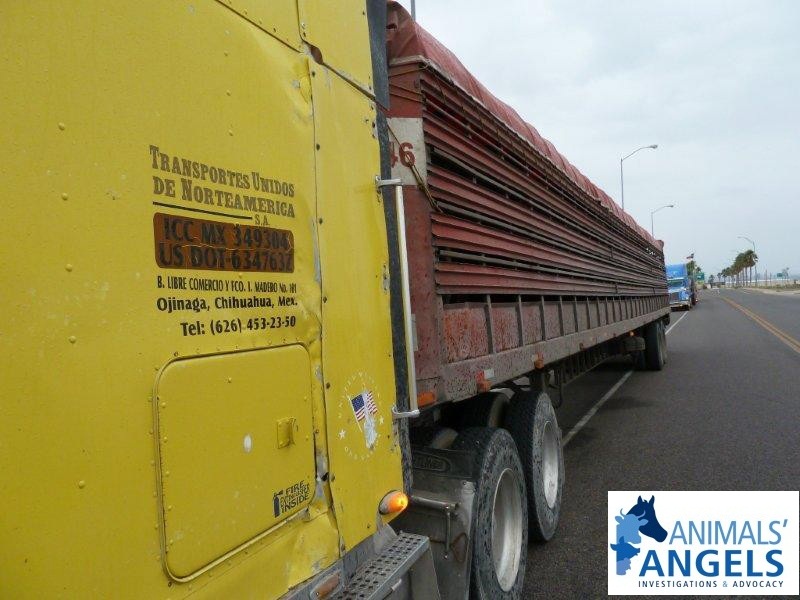 Meanwhile, the downed horses as well as the legs of the surrounding horses showed multiple bleeding cuts. Finally, pen owner Ruben Brito arrived. As earlier to the worker, AA investigators introduced themselves and urged him to help the horses.  Brito immediately threatened investigators instead of ensuring help for the suffering horses inside the trailer. Finally, he told his employee to open the trailer and to start unloading. Several of the horses were limping and/or had fresh injuries when they walked off the trailer. After all other horses had left the trailer, one of the horses that had been down was able to rise and slowly exited the trailer as well.

Despite the fact that the 2nd horse was still inside the trailer, Brito ordered the driver to pull away from the ramp and park in the back of the property. They left the horse and trailer there until a police car from the Presidio Sheriff’s Office arrived. Brito then claimed that investigators had been trespassing on his property and that he wanted charges filed. The officer, who appeared to be very friendly with Brito, did just that without listening to the investigators side of the story.At the same time, the truck had returned to the loading ramp and unloaded the 2nd downer.

Having to deal with the police and being ordered to leave, investigators were unable to see the condition of the horse after it had been removed from the trailer. Animals’ Angels has acquired the services of a Texas attorney to fight this injustice. We believe that both the export pen owner Ruben Brito as well as the Presidio County Sheriff’s Department will have to deal with the consequences of their questionable conduct that day.