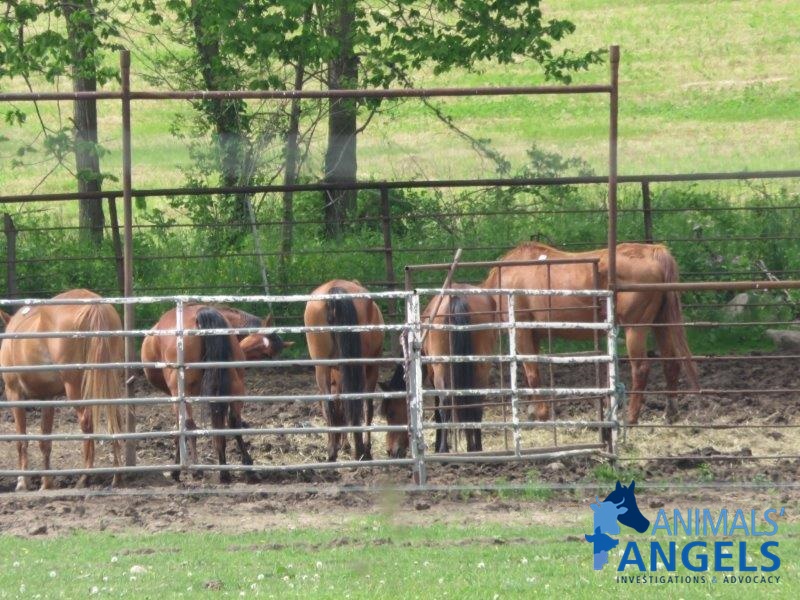 For the first time investigators visited the premises of long time horse trader Randy Beasley in Allen, MI. Beasley, who at one time worked at the former Cavel Horse Slaughter Plant in DeKalb, IL, is still actively buying and selling horses for the horse slaughter industry. He frequents several auctions in surrounding states, among them the Shipshewana Horse Auction in Indiana.

According to public documents Beasley also operates his own trucking company under DOT # 1985851, but the number comes up as inactive in the Safer database.

Animals’ Angels research also uncovered that Iowa's largest kill buyer, Scott Kurtenbach, uses Beasley's location in Michigan as a layover for some of his transports to a Canadian horse slaughter plant. 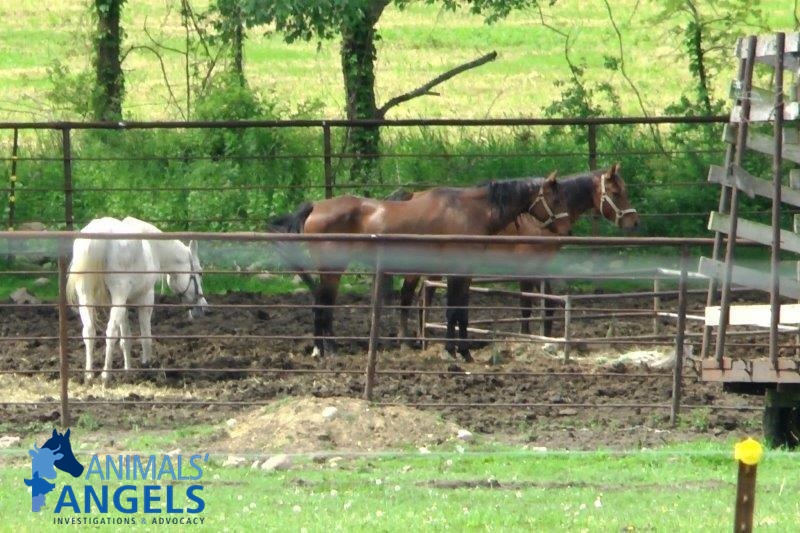 When investigators visited the premises, no large semis were visible.  However, there was a newer looking pickup truck with a large stock trailer parked in front of the barn.

Behind the barn were several different pens visible as well as extensive pastures. Despite the fact that these lush pastures were available, just a very few horses -- most likely Beasley’s own personal horses -- all in excellent condition, were apparently allowed to graze.  The majority of the horses were packed tightly into a small, filthy and completely muddied pen without a blade of grass. 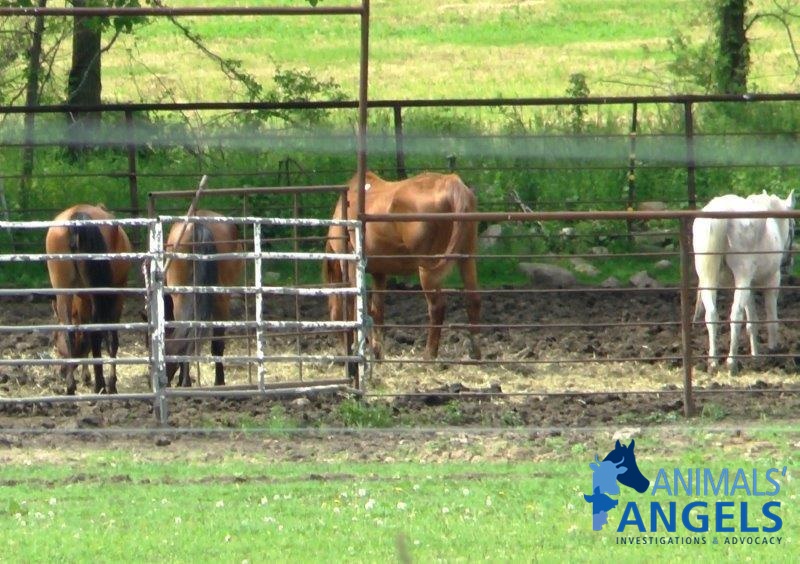 Large manure piles were also visible around the pen. Approximately a dozen horses with auction tags still attached were kept in this small pen, eating the few remnants of low quality hay that had been scattered around on the ground. Several of them were extremely thin with their hip bones clearly showing.  All of them were sinking into the mud; at times up to their ankles.

In another pen, investigators saw several donkeys, miniature horses, and ponies. While this pen had no access to grass at all, it was at least dry. 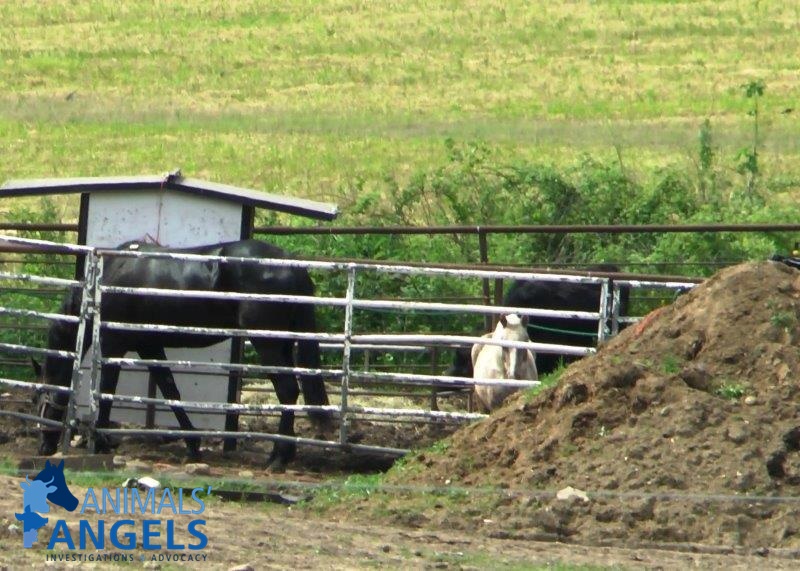 Investigators waited for quite some time, but there was no activity.

It should be noted that Randy Beasley, along with the pick-up truck and stock trailer seen at this location, were spotted at the Shipshewana Auction the next day, on 5/27/16.