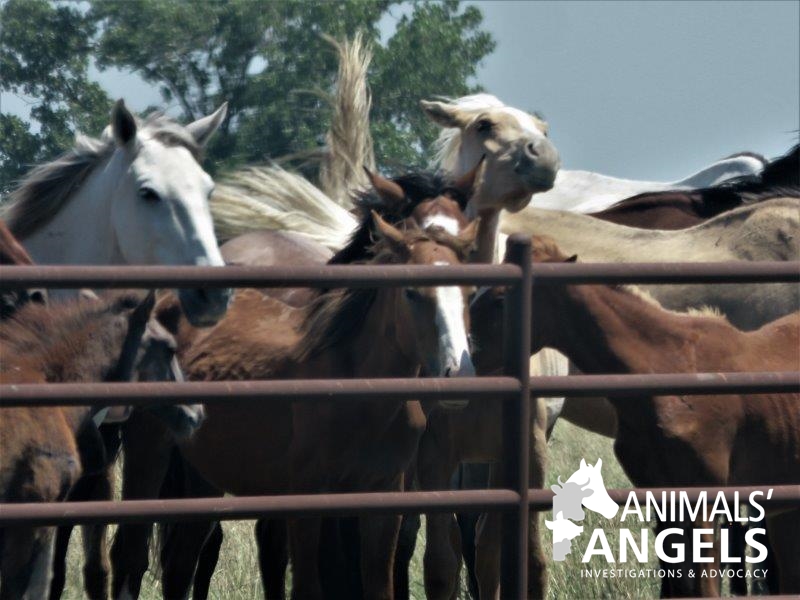 Jeff and Randy Smith, d/b/a/ Smith Horse Company, have been in the slaughter horse industry for at least twenty years. The Smiths, who at one time shipped horses to the Texas slaughter plants, operate opposite to high profile kill buyers like Mike McBarron or Dennis Chavez, in that they have managed to maintain a low-key presence, conducting their business almost completely under the radar. Their success in this regard has been partially due to maintaining a number of clandestine properties where their slaughter horses are kept. 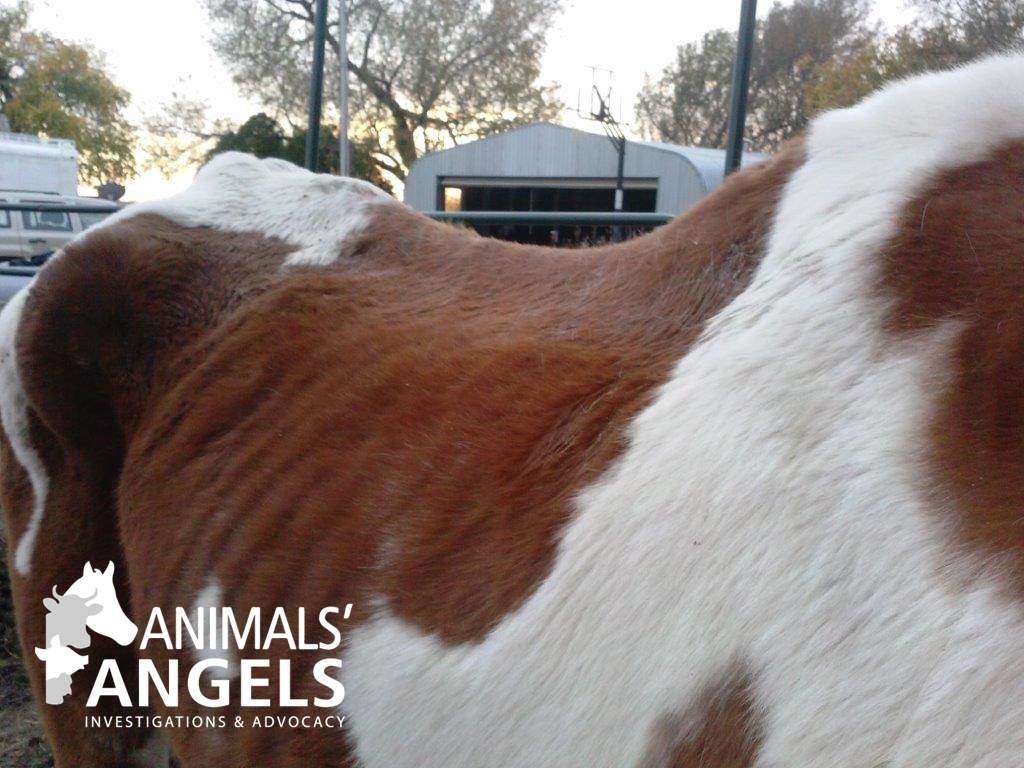 In addition to their own private operations, Randy Smith has been affiliated with the Central Livestock Auction in Hutchinson, KS for quite some time, which the Smiths appear to use to secure a steady number of horses and otherwise further their business interests. Unfortunately, this auction also has a documented history of accepting emaciated and injured horses for sale.

We also know that Jeff Smith operates his own trucking company (d/b/a J & S Ranch DOT #1262330) which shows multiple violations of driving without having a current record of duty status.  Until it became illegal, the Smiths routinely shipped horses in double-deck trailers, despite the obvious animal welfare concerns associated with the practice, hauling as many as 43 horses at once to the slaughter plants. 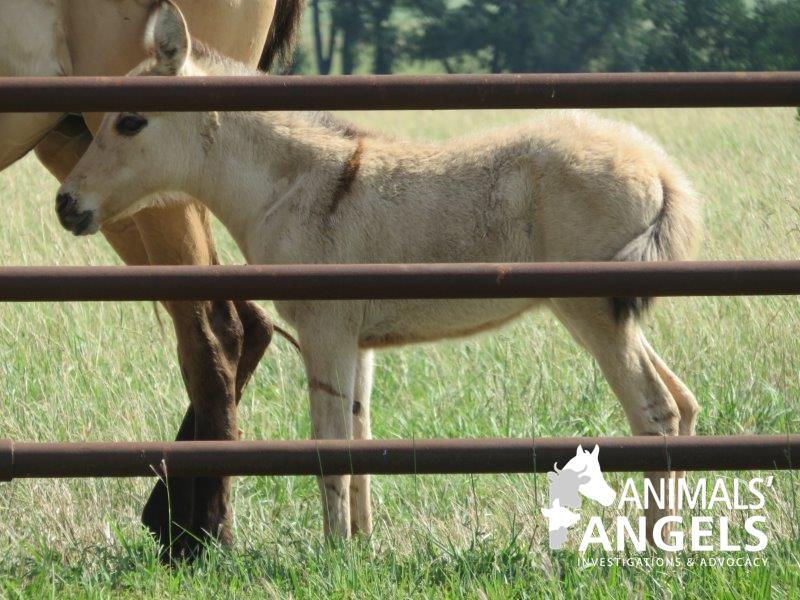 Our research into the Smiths (d/b/a Smith Horse Company) also uncovered a long list of violations of the Commercial Transport of Equines to Slaughter Regulations – a staggering seven cases to be precise. Violations include numerous incidents of shipping non-segregated stallions and injured horses, shipping an EIA reactor horse across state lines, and countless issues of false/missing paperwork. The violations were severe enough that the USDA issued a $10,000 fine against the Smith Horse Company. 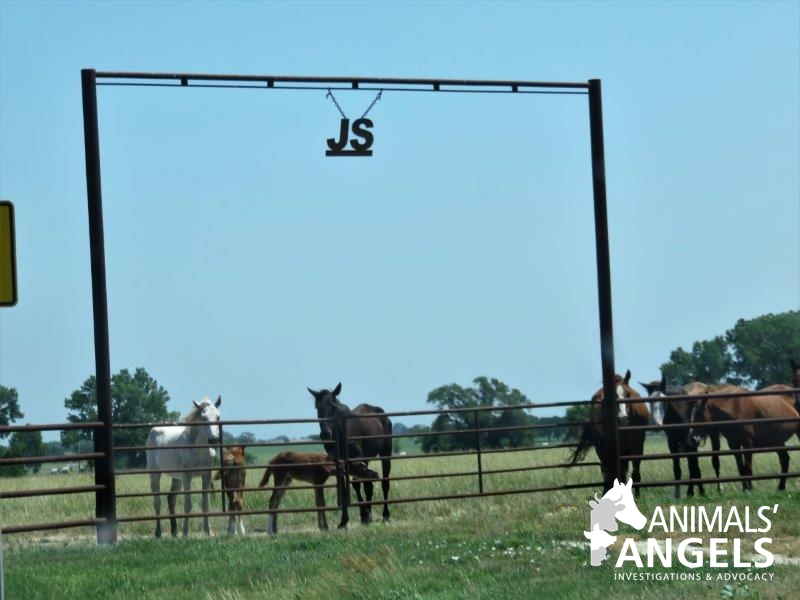 When the European ban against horse meat imported from Mexico came into effect, Jeff Smith, being a smart businessman, teamed up with a local “rescue” to broker horses as a way to secure additional income.

According to the rescue's own figures, they sold 700 horses for him in 2016. Assuming an average price of $600.00 per horse (that’s what most of the horses are priced at according to the rescue’s Facebook page), this generated a staggering $420,000 in extra revenue for him. And it shows. 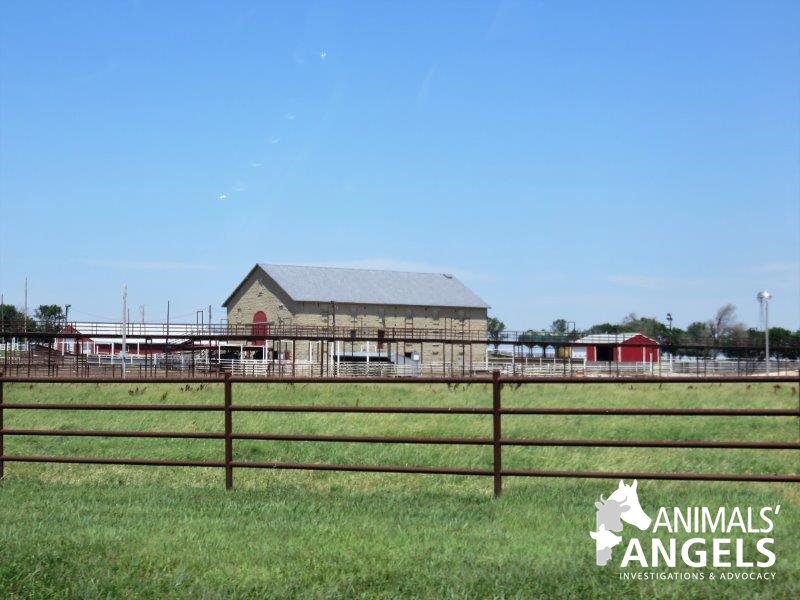 Business has proven so profitable that Jeff Smith, through his C Bar S Cattle Company, secured the sprawling Wildcat Creek Ranch in Peabody, Kansas for his operations, just miles down the road from the rescue. Here, with his initials prominently marking the fence gates, Smith continues his business of trading slaughter bound horses, likely more successfully than ever.

In addition, Smith has established the “Jeff Smith Arena” on the property which is used for roping competition events promoted through Jeff Smith Productions and Rope the Rockies (which is also owned by Jeff Smith’s C Bar S Cattle Company).

Approximately 238 mares, foals, and geldings were shipped from Los Lunas, NM to Peabody, Kansas, where the mares and foals were offered through Smith’s broker program for top dollar. The geldings on the other hand most likely shipped straight to slaughter.

When AA investigators first visited the Peabody, KS premises in June, many of the Navajo mares and foals were still on site. Several of the mares were extremely thin with hip bones and ribs clearly showing. Many of them had different brands, some of them appearing to have been altered/cut. Also among them was a horse with a BLM brand. One of the horses was limping severely and another had an injured hip. 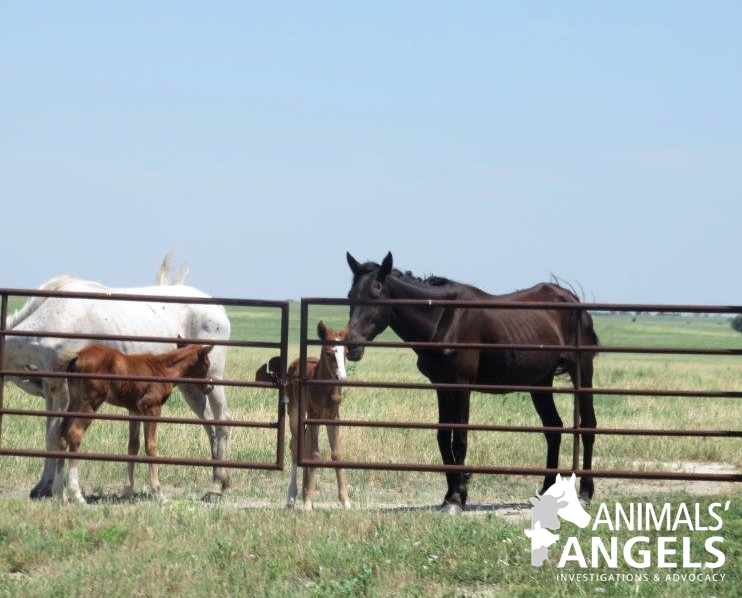 During the next few weeks while our investigators were onsite, there was a lot of activity at Smith’s location. New horses were brought in while others left – either apparently shipping to slaughter or being sold via the broker program.

Smith still uses his long-time hauler Dennis Chinn (DOT #279114) for some of his transport needs, who also has a history of IES cases against him. The cases include transporting horses longer than 28 horses, causing injury to horses during transit, and transporting a completely blind horse to slaughter. Unfortunately, these cases were ultimately dropped by the USDA and no fines were issued.

Our investigation into their activities indicates that the Smiths are still quite active in the slaughter horse business. Jeff Smith has also established a significant additional income via a broker program, which likely exceeds any profits made by shipping horses to slaughter. 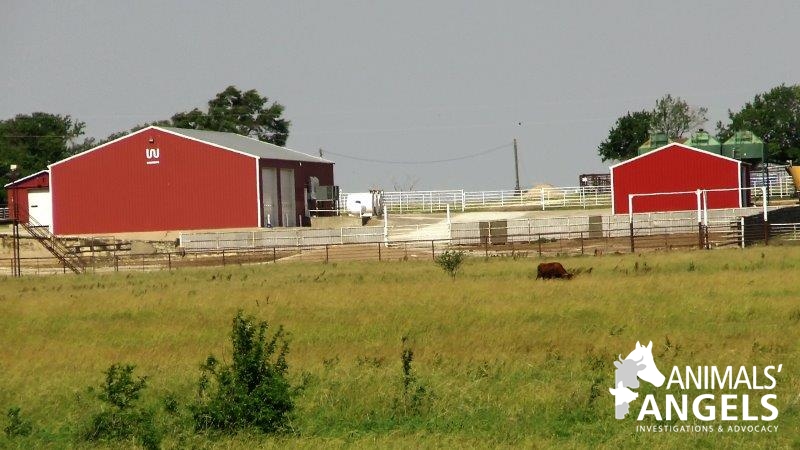 The expansive property located at the site of the “Wildcat Creek Ranch,” is just one indicator of how well the business “built on the backs of horses” is doing.

A great deal of new information has come to light through both our field investigations and research, however, not everything can be disclosed publicly at this time due to an ongoing active case file. AA will continue to closely monitor the activities of the Smiths and their operations.