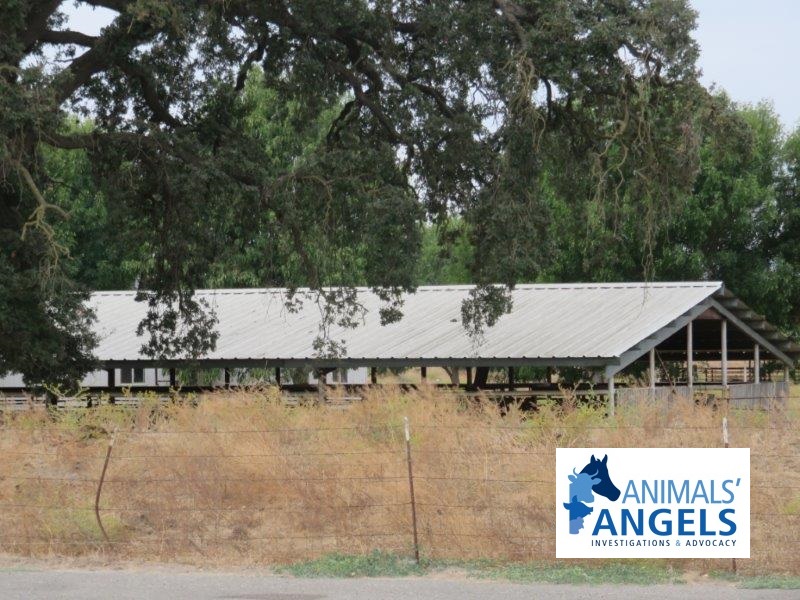 As many of you are aware, Don Gatz is a California horse trader who has been buying and selling horses for at least five decades. Based in Patterson, CA, Gatz frequents auctions in Turlock, Madeira and Escalon as well as in New Mexico. Known to provide horses to several kill buyers, Gatz also has a history of abusing and neglecting the horses in his care.  Despite his egregious offenses, Gatz has managed to evade any form of real justice, prompting Animals’ Angels to continue monitoring his operations. 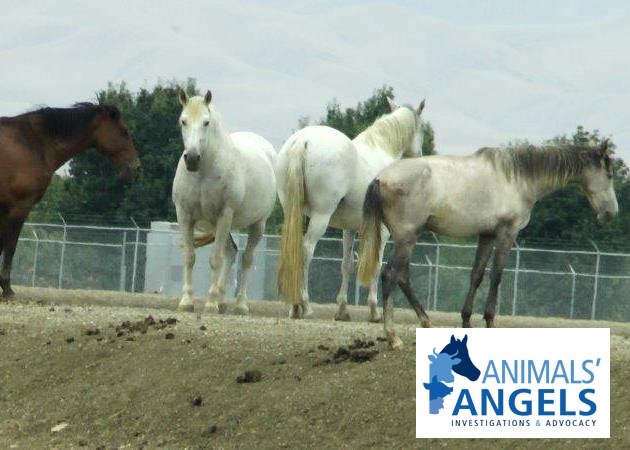 To this end, investigators returned to the Gatz property in Patterson, CA on August 6th.  Upon arrival, the investigators immediately noted that the location appeared to be abandoned.  Fields were overgrown with tall weeds and brush; there were no animals or fresh horse manure to even indicate the presence of animals in recent days.

Animals Angels had received information that Gatz was leasing property from the City of Patterson, so investigators surveyed properties surrounding the Water Treatment Plant. They did locate a group of 25 geldings, mares and colts that appeared suspicious as they were located in one of the large, barren lots adjacent to the Plant. 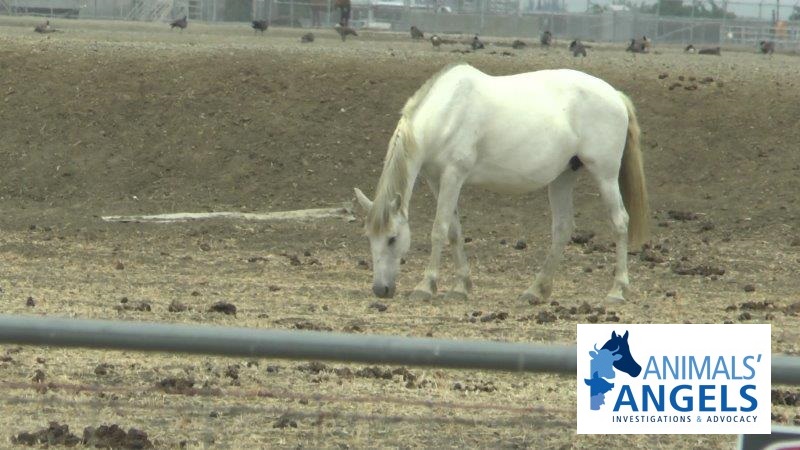 The entire lot was covered in horse manure, indicating that the lot had been used to keep these or other horses for quite some time yet there is no one who removes the manure.  The horses were nibbling on the dry grass sprouting between the manure piles, apparently looking for something to eat. There were no feed troughs visible. However, due to the size of the lot if the troughs were located at the very back, they would not have been seen by our investigators.

Several horses appeared lethargic and not moving, but rather simply stood there with their heads down. There were no obvious injuries and all appeared to be a decent weight, but the lack of movement was concerning. 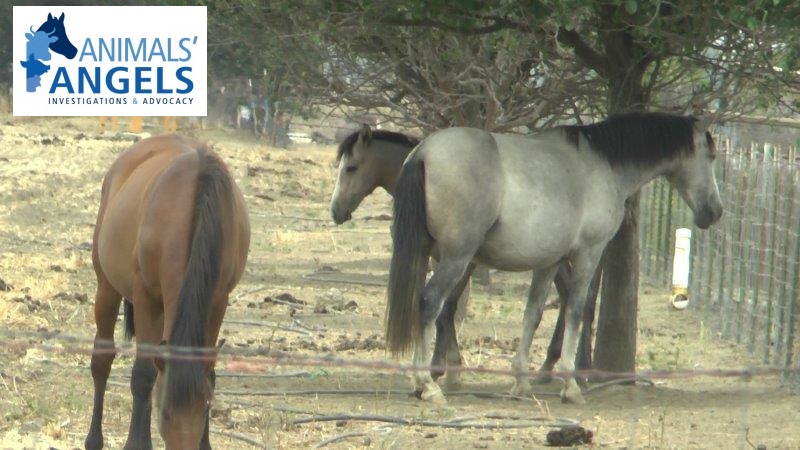 After multiple requests regarding the status of Gatz’ lease from the City of Patterson, we were finally informed by the City Clerk that the City of Patterson has not had a Lease Agreement with Don Gatz since fiscal year 2011/2012.  It is therefore unclear if the group of horses observed really belongs to Gatz or if Gatz is simply using the property under another name.

Based on the recent observations however, it appears that Gatz has indeed moved on to a new location.  AA will continue to investigate.