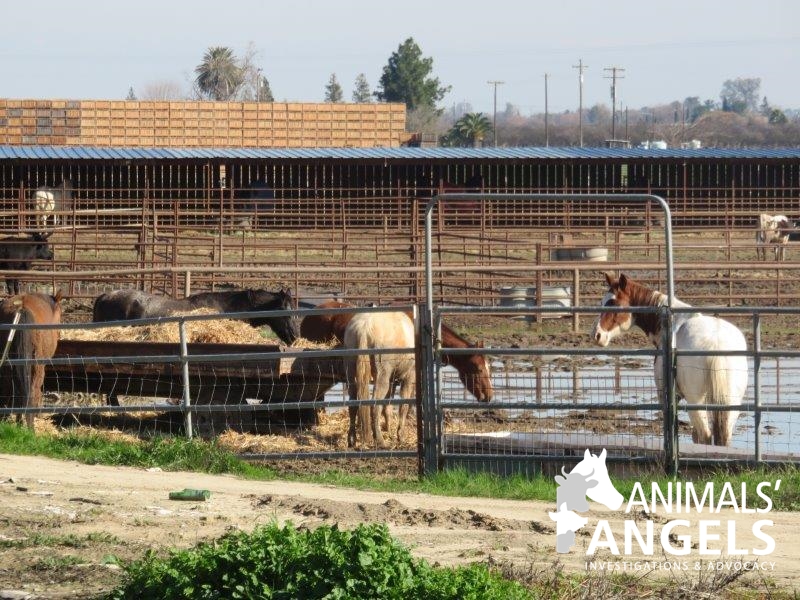 Animals’ Angels has investigated the activities of California horse trader Don Gatz for years. Gatz, who was charged with three counts of felony animal cruelty in 2011 for starving multiple horses in his care, has been in the horse trading business all his life.

The 2011 case made nationwide news due to the circumstances of the case: 15 of the thirty horses found on his property required immediate euthanasia, several others were emaciated, neglected, and suffered from various stages of Strangles infection. Gatz ultimately was sentenced to 60 days with a monitoring device, 3 years of probation, 480 hours of community service, and $14,000 in fines/restitution. 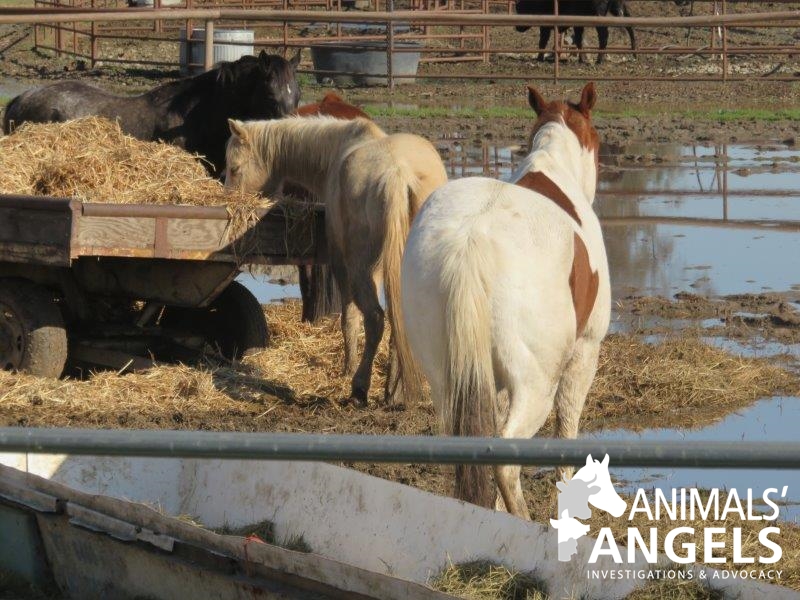 However, Gatz apparently was not moved by his experience as he continues his business as usual. In 2012, Animals’ Angels investigators documented several dead horses on his ranch in Patterson. Others were in thin or even emaciated condition.

Animals’ Angels also documented his close relationship to New Mexico’s largest kill buyer Dennis Chavez and Texas kill buyer Rio Grande Livestock. Our research confirms that Gatz sold and is still selling California horses to Rio Grande Livestock, which could be seen as a clear violation of California’s anti-horse slaughter law. However, despite all the evidence, California authorities to date refuse to launch an investigation into the matter.

Likely due to the ongoing exposure, Gatz has abandoned his Patterson ranch and moved horses to other feedlots. Aware that he is being monitored Gatz has become cautious. For instance, at the Escalon Auction, his truck/trailer were parked all the way in the back next to the manure clean-out area to avoid detection. Despite the fact that he operates his own trucking company, Gatz uses different transport companies for his horse shipments to Texas. He utilizes a network of middlemen to further conceal his dealings. 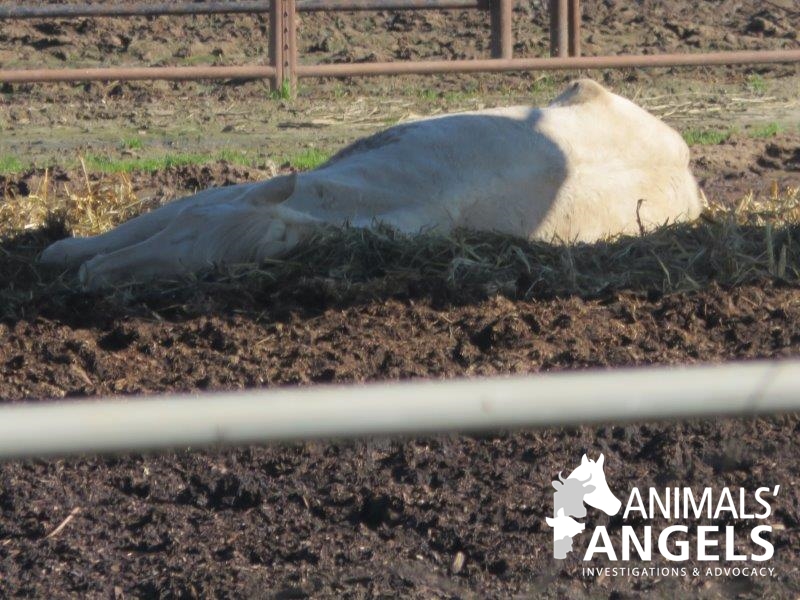 When Animals’ Angels arrived at Gatz’s premises on January 26, 2017, they immediately noticed a group of various horses in a partially flooded pen. The horses still had auction tags attached and the majority of them were gathered around a hay cart.

One of the horses was very thin and was lying away from the others flat on its side. There were several water troughs in the pen, but all of them were nearly empty. Next to the pen with the horses were several pens holding cattle. The white Dodge 3500 and single deck trailer belonging to Gatz were parked on the premises. Gatz himself was seen moving hay bales around on his tractor.

Investigators monitored the premises, but there was no other activity. The next day, on January 27th, Gatz attended the Escalon Auction and purchased more horses there. It is very clear that his horse business remains very active.

AA will continue to provide our research and evidence to California authorities and we will maintain our investigations into Gatz’s activities.