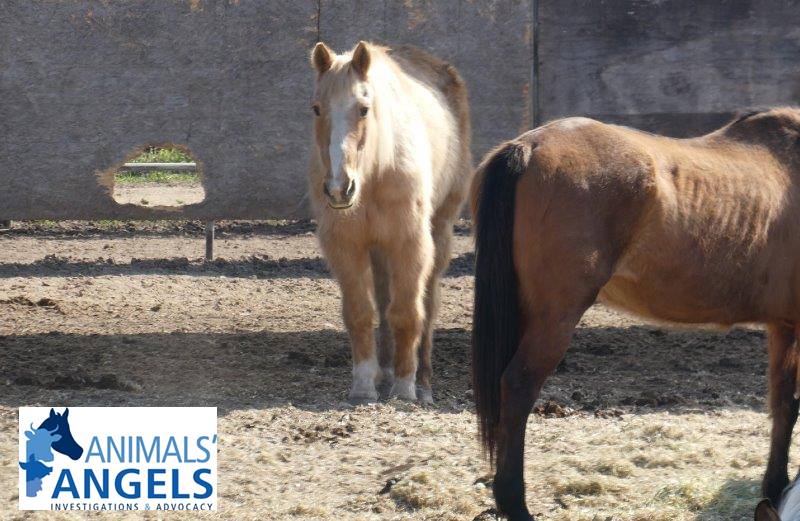 California horse trader Don Gatz has been buying and selling horses for close to sixty years. Gatz, who operates a cattle & horse feedlot in Atwater, CA, is known to frequent local auctions such as Turlock and Escalon to purchase horses.

Gatz also has a long track record of abusing and neglecting horses. In 2011, Gatz was charged with 30 counts of felony animal cruelty. 30 horses in severe distress had been found on his property, among them 1 horse down/dying without assistance, 1 horse with a large open wound (which had never been treated), and 1 horse with hooves so overgrown that it had difficulty walking. Several others were suffering from strangles infections, had tumors, or were severely emaciated. Of the 30 horses found, 15 had to be euthanized. 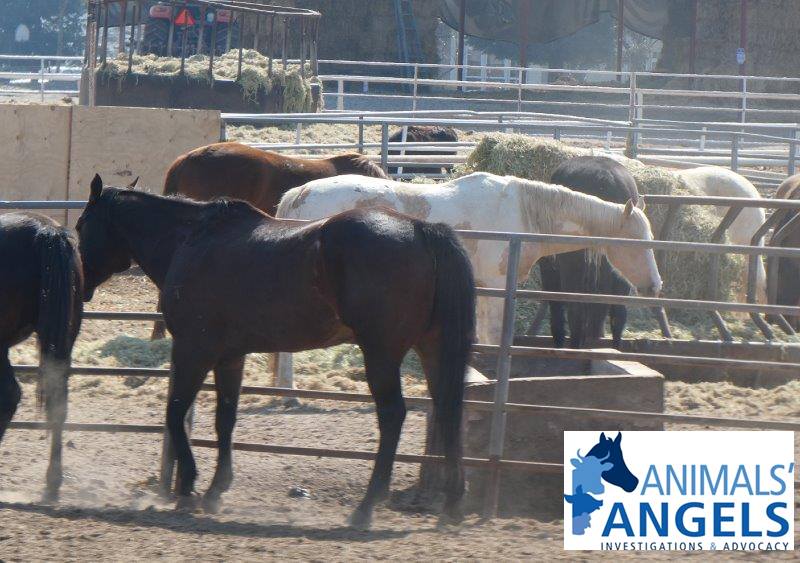 Ultimately, Gatz was ordered to serve three years of probation, 480 hours of community service and pay a $10,000 fine. The probation also included the condition that Gatz would not be allowed to buy, sell, trade or own any more horses.

Only a few month later, Gatz complained about the condition that restricted him from owning horses, arguing that he needed to buy and sell horses in order to make a living. Shockingly, the Superior Court for Merced County agreed with him and waived the restriction. Additionally, the 480 hours of community service were removed and replaced with a one-time payment of $3,000. 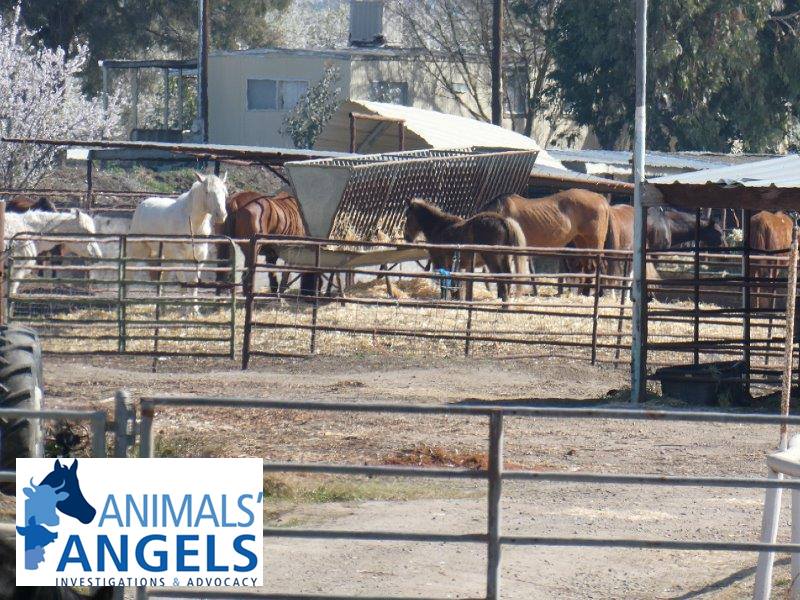 Since then, Gatz has not missed a beat. Protected by weak animal cruelty laws he continues to trade horses, many of which end up in the hands of kill buyers like Joe Rios (Rio Grande Livestock) and Dennis Chavez. Animals’ Angels has been the only organization that has continued to monitor and expose his operation and has reported him to law enforcement and USDA several times. Gatz has reacted to the pressure and is more careful than ever when conducting horse sales. It appears that Gatz utilizes a network of individuals and different locations – in fact, public records show that Rio Grande Livestock’s name has been used several times on official documents as both the consignor in Atwater, CA AND the consignee in El Paso, TX.

When Animals’ Angels investigators last visited the Gatz’s Atwater feedlot, they noticed that a group of approx. 30 horses were present at the lot. The horses were of all different breeds & ages, and several still had auction tags attached. Several were in poor condition with ribs showing and overgrown hooves. All the animals had access to hay and water. Gatz’s truck and stock trailer were parked next to the pen area. While there was a lot of activity such as maintenance at the feedlot during the time of the observation, no horse shipments were prepared.

Animals’ Angels will continue to monitor Mr. Gatz’s activities, as we believe that it will only be a matter of time before animal protection laws are being violated again. When that happens, we will ensure that Mr. Gatz does not get off that easy again.