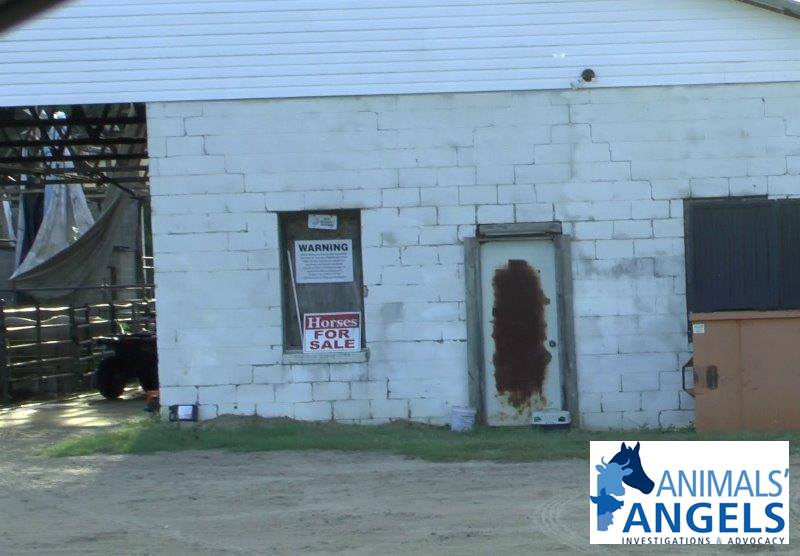 When rumors recently began to circulate that Ben Gaines might be involved in the slaughter horse trade, Animals’ Angels acted swiftly to open an investigation into the horse and tack dealer based in Tifton, GA, who sells tack at the Florida Classic Horse Sale in Ocala on a regular basis.

Our preliminary research confirmed that some of the horses Gaines sells end up at the notorious Knoxville horse auction in Tennessee, which has a long, dark history of abusive conditions, and where, earlier this year, Animals’ Angels investigators observed emaciated horses with openly bleeding wounds, active infections, and halter burns on their faces. 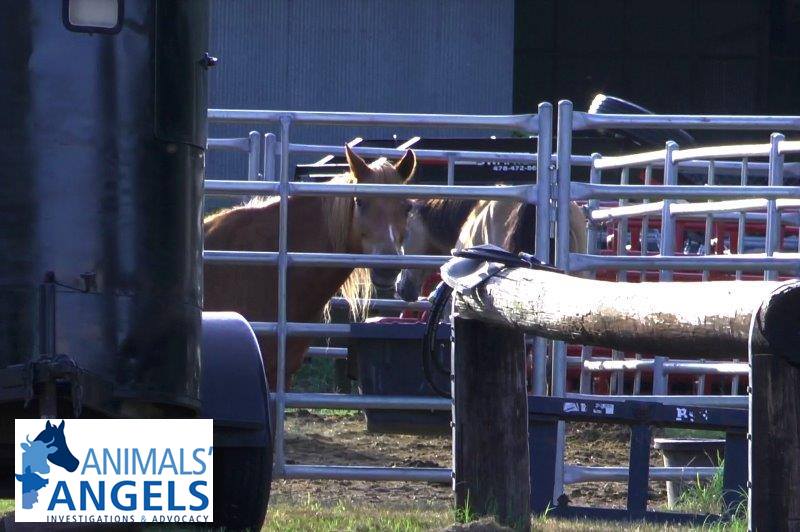 Determined to find out more about Ben Gaines’ operations, our investigators traveled to Tifton on July 22nd, arriving at Gaines’ premises at 8:00 AM. Located on a busy road in what appeared to be a rundown neighborhood with visible police presence, the facilities were trash-strewn and neglected. Several large trailers were parked upfront, apparently being used for storage, while a white semi was parked behind the pen area.

A “Horses for Sale” sign hung on a ramshackle, tarp-covered barn. As investigators got closer, they could see horses inside the barn, standing under the remains of a severely damaged roof that was caving-in overhead.

Several horses where contained in the pen area on the right side of the barn, including a dark bay horse that appeared to be quite thin. The round pen and the pen on the left side of the barn were empty.

After further observations our team saw Ben Gaines’ Dodge parked between the storage trailers. Before leaving they also heard voices coming from inside the barn and noticed that a fan was running. While the premises appeared to be derelict, it was obvious that they were being actively used by Gaines.

Now that we’ve uncovered the rundown conditions where Ben Gaines’ keeps horses, and in follow-up to the confirmation that some of the horses he trades end up at the notorious Knoxville Auction, Ben Gaines is on our radar, and Tifton, Georgia will be on our minds as we plan out future investigations.