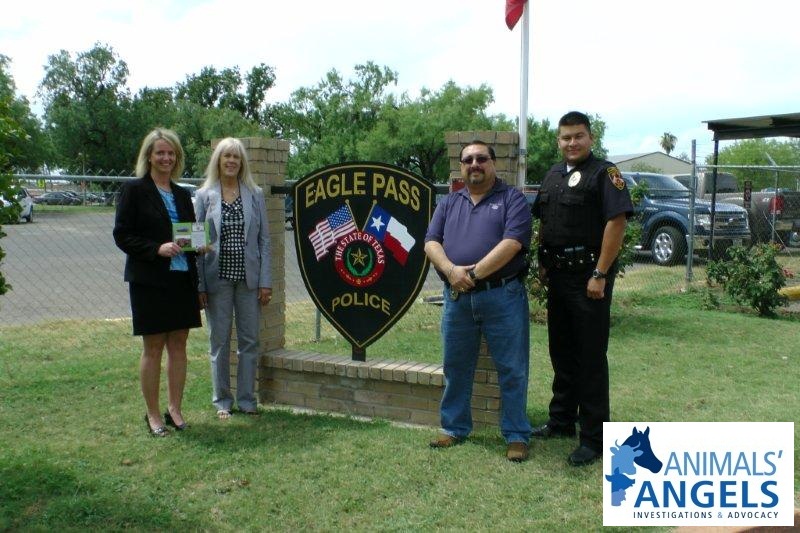 Flashback to September 21, 2012. It's 92 degrees on a Friday afternoon, and four slaughter transport trucks are packed full waiting to cross the border into Mexico. Two horses go down inside one of the trailers. One recovers its footing, while the other gets trampled by the horses around it. Animals' Angels investigators attempt to communicate with the driver, but he doesn't speak English. 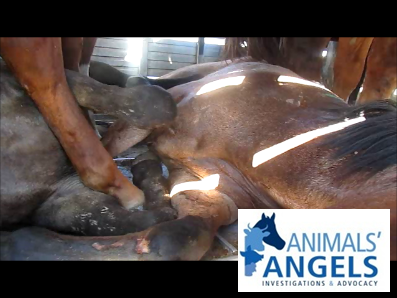 Investigators call the Eagle Pass Police Department, which leads to a brief conversation in Spanish between the driver and an officer. After the call, investigators expect the driver to unload the horse back at the export pens, but they realize shortly thereafter that the driver is fleeing to the Mexican border. Without help from local law enforcement, investigators couldn't prevent the trailer from passing into Mexican territory. The injuries sustained by this horse could have only one result in that trailer on its long journey to the slaughterhouse... death.

This incident prompted Animals' Angels to develop a groundbreaking training designed specifically for members of law enforcement. Working in concert with Lt. Alejandro Guedea of the Eagle Pass Police Department, the training was conducted on August 23rd. This multi-jurisdictional program was attended by close to 50 police officers from Eagle Pass and four additional Sheriff's Departments traveling from as far away as San Antonio. 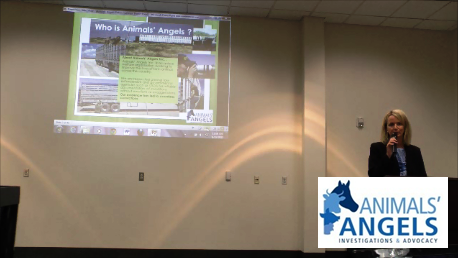 Representatives from the Commercial Vehicle Enforcement Division of The Department of Public Safety were also present. This proprietary training model focused on horse welfare and law enforcement's responsibilities regarding TX humane laws, the Commercial Transport of Equines for Slaughter Regulations, DOT rules and regulations, and emergency euthanasia. In addition, Animals' Angels supplied a list of horse slaughter trucking companies known to frequent the Eagle Pass export pens to law enforcement.

Sonja Meadows, Founder & President of Animals' Angels Inc., described the training as a resounding success: "This first of its kind event opened the lines of communication and created a dynamic rapport among the groups. Attendees were open to the suggestions offered during the training, and appeared motivated to begin enforcing current laws".

Most admitted that they had not been aware of the USDA Commercial Transport of Equines to Slaughter Regulations, let alone the persons in charge to contact. Animals' Angels was elated to make that connection for them, while explaining the USDA slaughter program. 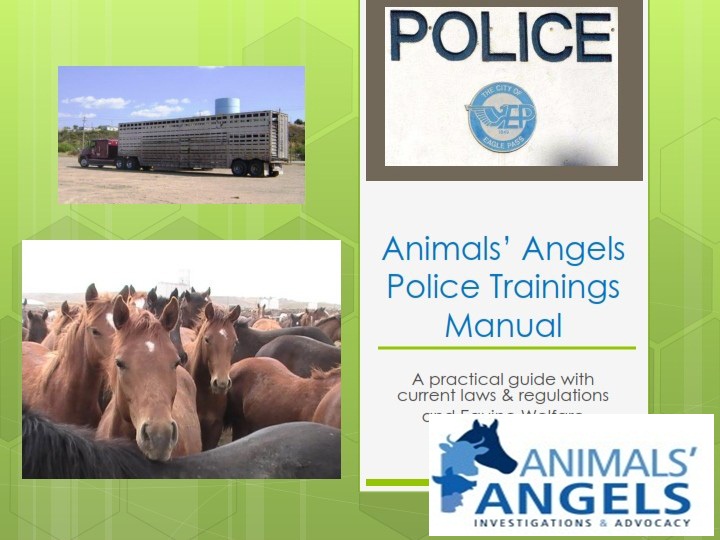 Of note, a representative from the Department of Public Safety mentioned that he sees dead horses on trailers regularly, but didn't know who to contact prior to the training. He also stated that he knew the trucking companies ran with fraudulent logs, and would be initiating compliance reviews.

"Until the SAFE Act is passed, we're optimistic that this new relationship with those present at the training will mean positive changes in how transport violations are enforced along the border of Mexico", Meadows said. "We're hopeful that this will have a major impact on the thousands of horses shipped each week through Eagle Pass and surrounding areas to Mexican slaughterhouses". Meadows added, "Our training provided key information and guidance as well as resource materials for the police to use when confronting transport drivers."

Animals' Angels will continue this unprecedented initiative by offering the training program to other police departments.