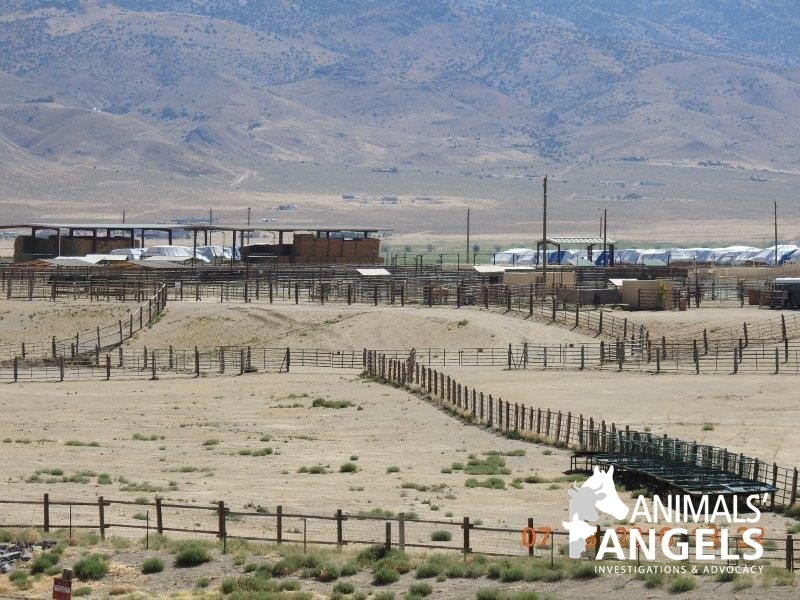 The National Wild Horse and Burro Center at Palomino Valley (PVC) is the largest BLM “preparation” facility in the country.  Horses and burros at this facility are rounded up from public lands in Nevada and other nearby states. According to the BLM website, adoptions are conducted six days a week.

Animals’ Angels has visited this facility in the past and our observations, along with our ongoing research, has raised many concerns. In addition, as we have reported previously, the accuracy of the mortality records kept by the BLM, particularly at this facility, are questionable, not to mention the reasons behind the deaths. 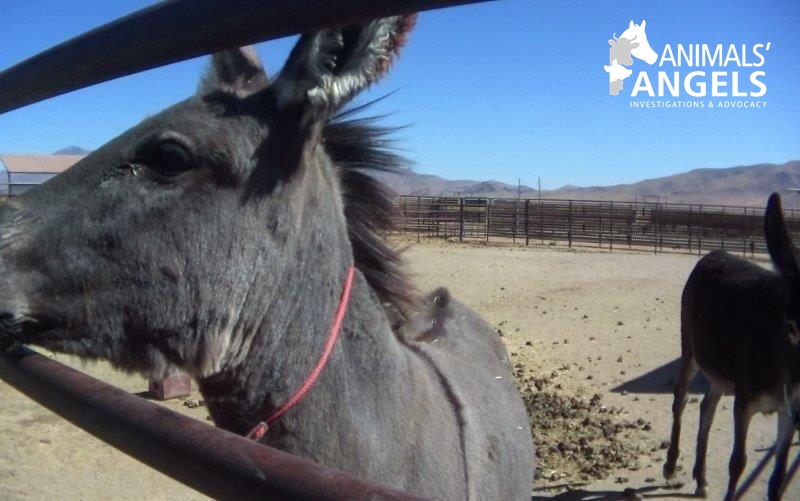 Animals’ Angels has been concerned about the seemingly lack of horses and burros at Palomino Valley for some time as well as the significant numbers of animals being shipped out of this facility. As such, we have continued our research into this location, and the BLM in general, and even recently returned to the Palomino Valley holding facility to determine conditions for the horses and burros on site.

On July 18th, investigators arrived at the Palomino facility at 10:30 a.m. to find the pens practically empty. Just approximately 100 horses and a few burros were observed. Investigators spoke with office personnel and were informed that the facility “did not have that many horses currently,” but the staff would not elaborate further as to the reason or what happened to the horses that had been housed there.  A younger employee started to explain but was immediately cut off by an older colleague. 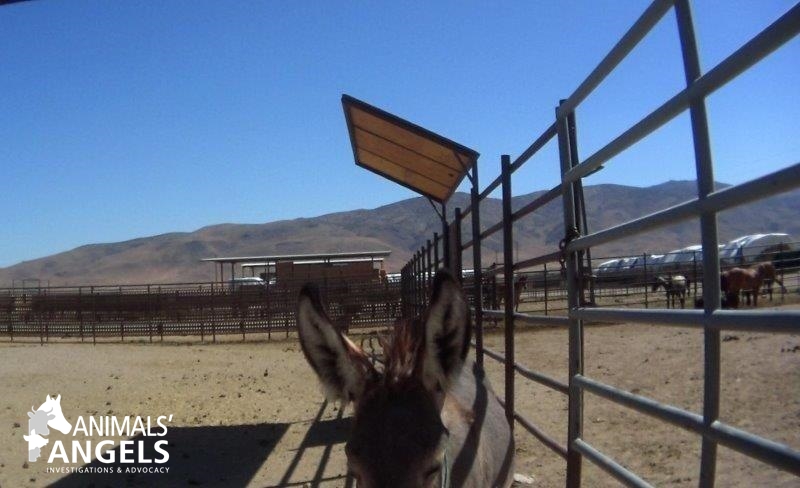 It was noted that several large storage units and heavy equipment were being stored at the facility.

While the pens had hay and water, very little shade was provided by the so-called “shelters” mounted on top of the fences. The small rectangle, solid lean-to style shelter offered a slight amount of protection from the blazing sun and high temperatures but it did not provide any relief whatsoever from the 23 mph and up winds that were blowing dust and dirt on the day we visited. The lack of shelter is concerning, especially considering that the BLM requires any potential adopter to have specific types of shelter while offering virtually none to the horses in holding. 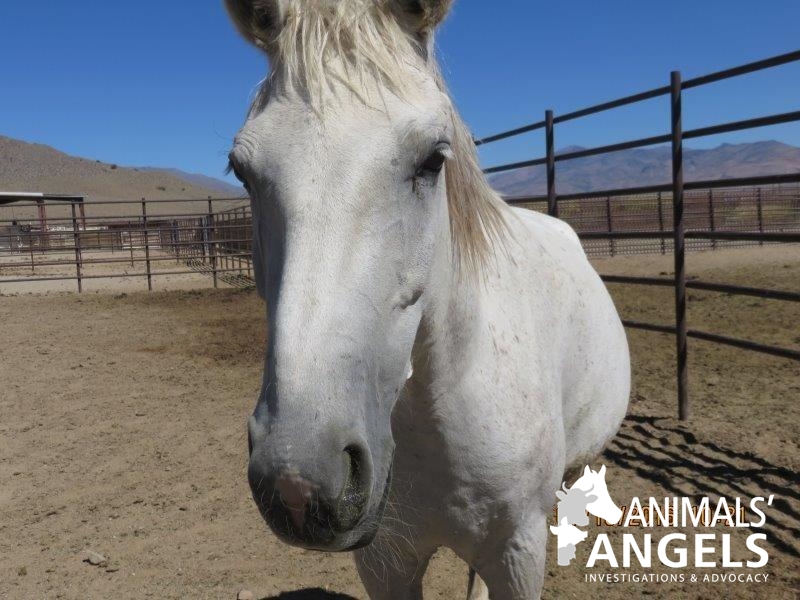 Our ongoing research has likewise turned up several areas of concern, the first of which is the number of horses shipped from this facility to off-range locations.

According to shipment documents AA requested and received, 1782 animals have been moved out of the Palomino holding pens from July 2015 to July 2016. In shipment fees alone, this has cost the taxpayers well over $140,901.50.

Besides the cost, which is not an insignificant sum, the way some of the horses were shipped raised serious red flags. The average shipment out of Palomino Valley was 36 horses per load, mixed sex yearlings were being shipped with 52 head per truck.  Shockingly, we found that on at least two occasions, the entire load of 36 horses were 4-year-old studs. 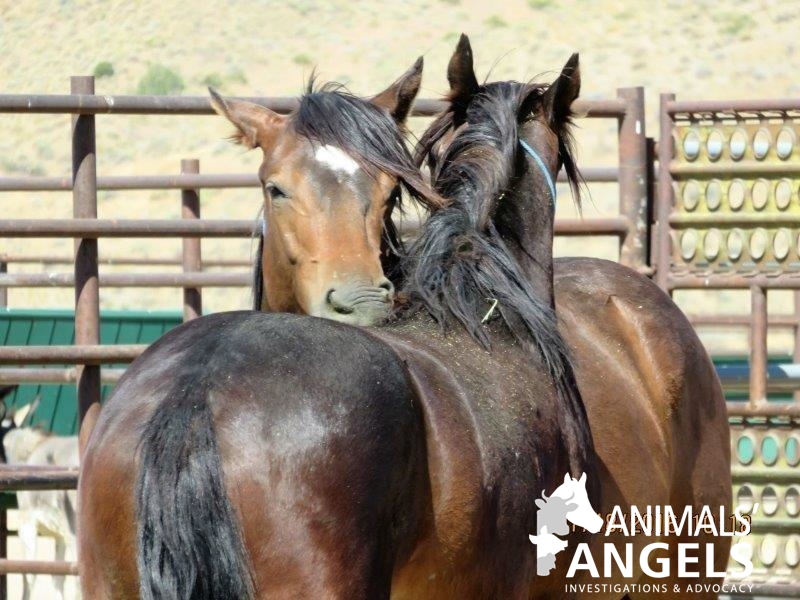 On 1/27/16 the first transport with 36 studs left Palomino Valley with a destination of Canon City, CO – a 1150-mile long trip according to the shipment paperwork.

On that same day, the second truck with 36 studs left with a destination of Hutchinson, KS including a rest stop in Elm Creek, NB – a staggering 1700-mile trip according to the provided documents.

Which raises the question: How? How could 36 studs be shipped on one truck with no incidents of fighting or serious injury? 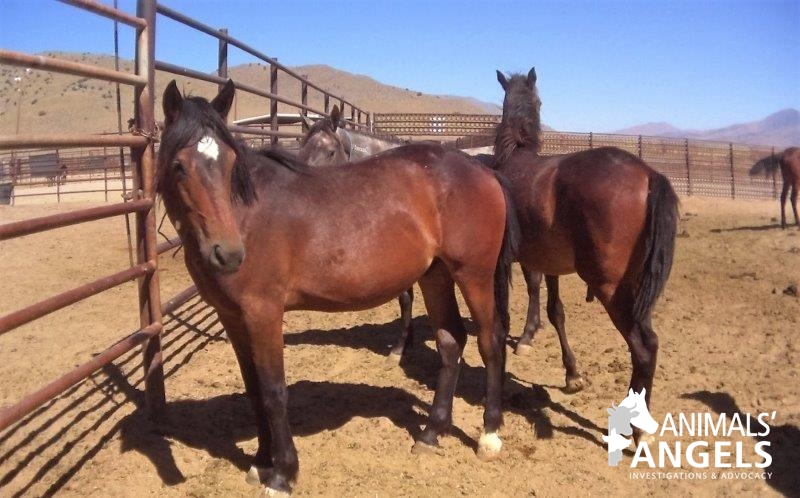 One can only imagine the pandemonium that must have ensued inside the trailer carrying nothing but unaltered mustangs. It’s quite alarming to think that neither the BLM staff nor the shipping companies viewed transporting them together as a problem.

In closing, our research has raised several troubling questions: 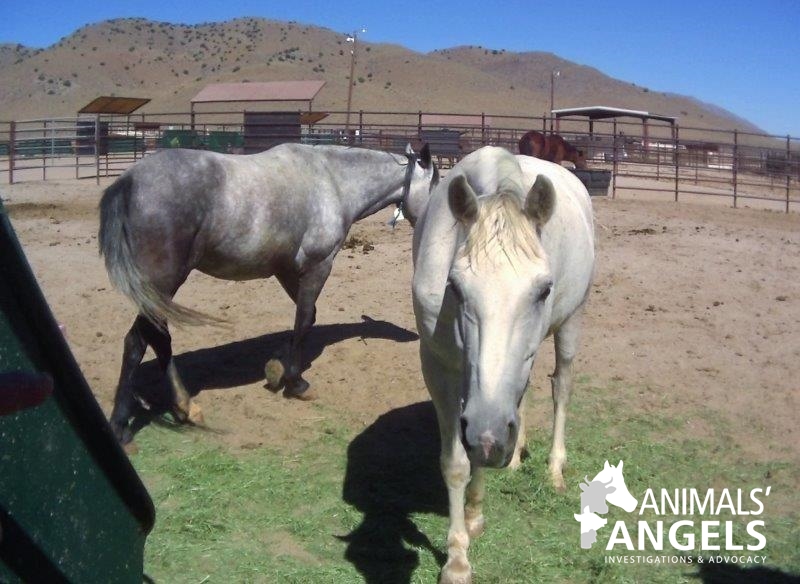 Animals’ Angels has already reported on the inaccurate record keeping protocols of the BLM as it pertains to mortality rates. The BLM undoubtedly needs additional monitoring on a number of fronts.

We will continue our research into this and other BLM facilities as well as into the status of the horses shipped.

Breakdown of Shipments Including Number of Horses and Costs