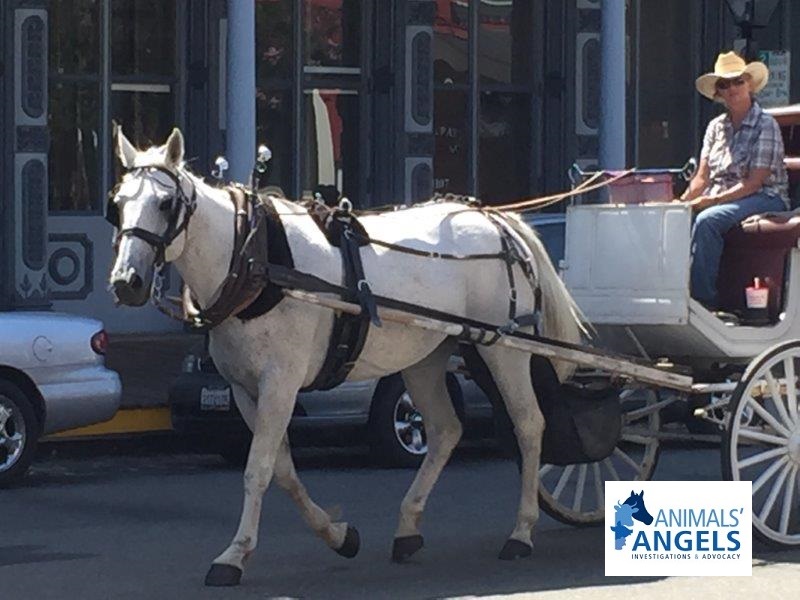 Just like in New York and Atlanta, Carriage horses are used in Sacramento’s Old Town District as a tourist draw to attract visitors to the area. The Carriage business in Sacramento is operated by Top Hand Ranch from Elverta, California. Unfortunately, also similar to New York and Atlanta, there are many concerns regarding the use of horse drawn carriages in this area:

During the hot summer months, when the temperatures are easily 90+ degrees, the horses in Old Sacramento are routinely exposed to the full sun in blistering heat for hours nonstop during the work day as they alternately pull carriages and stand at the hack line in-between fares, which leads to a serious risk of heat exhaustion and heat stroke.  Even on slow days, the Carriage horses are surrounded by traffic of all kinds including cars, motorcycles, trucks, bicyclists, pedestrians, and companion animals. The horses must constantly navigate around traffic which is a risky undertaking. Not to mention that on weekends, Old Town gets extremely busy during the tourist season creating even more jam-packed streets and therefore a more unsafe environment for the horses and those around them. 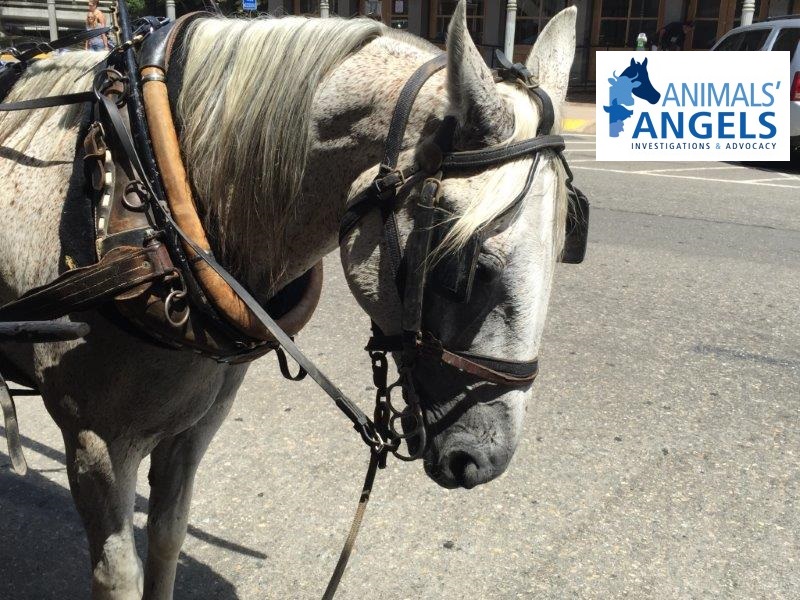 While the cobblestone streets of Old Sacramento might make for a great architectural and visual conversation piece for tourists, it plays havoc on the horses who must constantly walk the uneven pavement day after day carrying load after load of visitors.  In fact, both the cobblestone streets and the asphalt the horses are forced to endure for such long work hours each day put them at great risk of hoof and leg injury, arthritis, and lameness.

Another concern of course is air pollution; such as the exhaust fumes from heavy traffic that the horses are forced to routinely inhale at close range and the effect that has on the horses’ health and well-being, both short and long term.

Being exposed to constant and daily noise coming from adjacent vehicles (honking horns, diesel motors, etc.), the nearby freeway, and the train can cause serious distress. Not to mention there is always a risk of a sudden noise startling a horse into action thereby causing an accident.  All in all, Carriage horses are simply not a good fit for these busy, tourist and traffic filled streets.

Past incidents show that Carriage horses in Sacramento were already in harm’s way multiple times:

Even more concerning is the fact that the carriage company in Sacramento, Top Hand Ranch, appears to be violating the regulations set forth to protect the horses in their care. 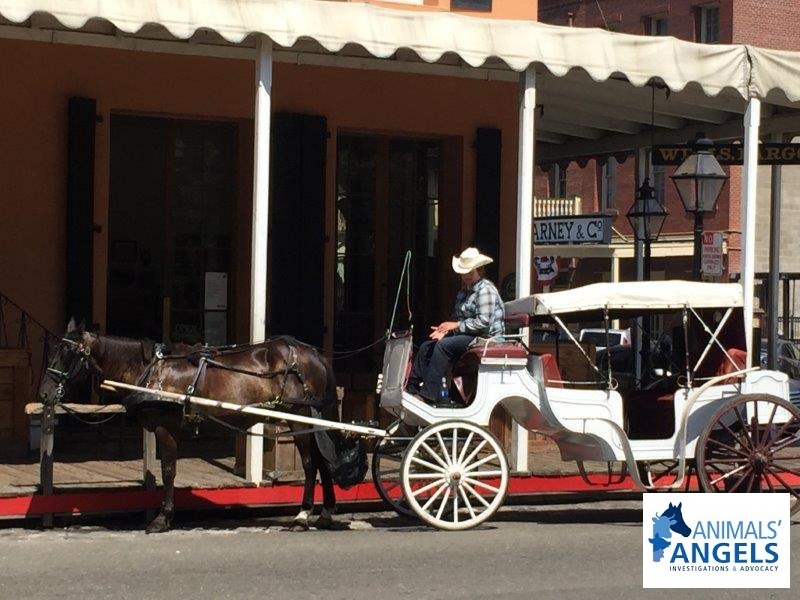 Section 10.64.110 D (1) of The Carriage Code states:  "No animal shall work for more than eight hours per day. An animal shall be deemed to be working whenever it is attached to a horse-drawn vehicle. An animal shall be rested and watered for at least twenty (20) minutes after two hours of work and at least thirty (30) minutes after both four hours (total) and six hours (total) of work. When the outdoor temperature exceeds ninety (90) degrees F, the rest shall be provided in a shaded location."

Our investigation showed that horses were never without a harness and in fact were always attached to their carriage during their shift. While watering was observed, it did not last the requisite 20 minutes. 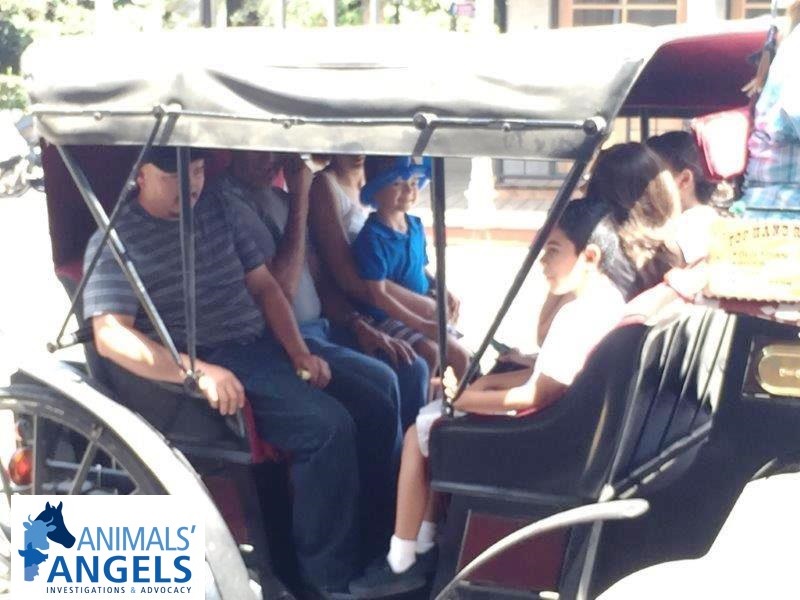 Temperatures during both days our investigators were present onsite exceeded 90 degrees.  There were several instances when the horses waited in full sun for new customers instead of in shaded areas.  As well, some of the carriages appeared to be overloaded with customers.

It should be noted that both drivers of Top Hand Ranch as well as the Old Town Visitor’s Bureau appeared quite reluctant to release any information regarding the carriage horse company such as their name and location, which should be routine, public information.  We found such secretive behavior to be very odd and concerning.