The North Platte Livestock Auction has a horse sale the last Tuesday of every month at 6:00 p.m.  This auction has long been known to be frequented by kill buyers and horse traders. 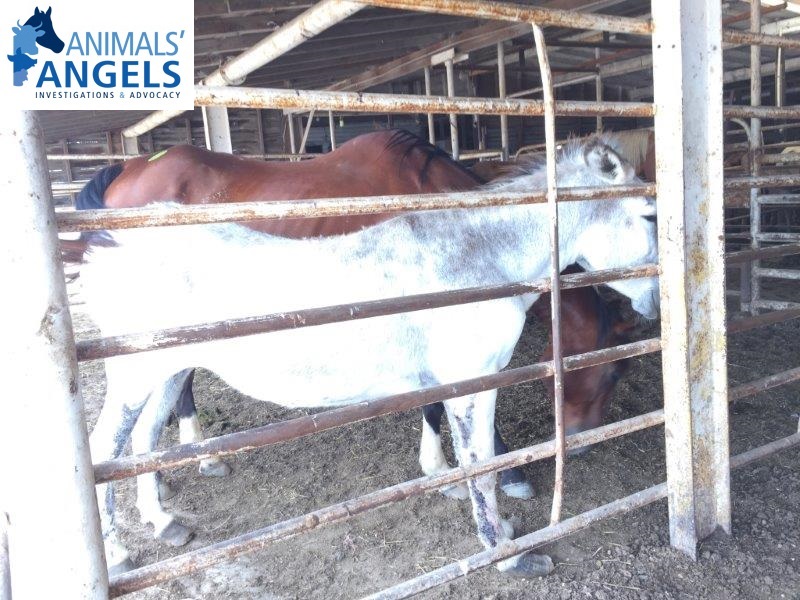 Investigators arrived at the auction at 4:00 p.m. on 6/30/15.  Upon arrival there were just 13 horses in the holding area. It should be noted this is the only covered area. There are approximately 20 pens, all small. There is no food or water available to the animals.

On arrival it was 88 degrees with 92% humidity. The flies were terrible and the horses were understandably agitated. No fans were installed to cool the horses off. The majority of the horses appeared to be in good condition with the exception of a mule that had severely overgrown, curled up hooves. 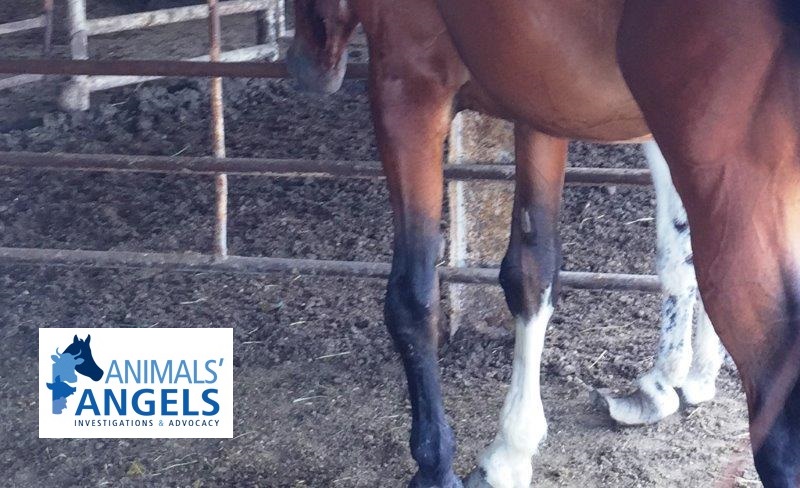 Throughout the afternoon horses kept arriving for the sale, usually in trailers that held one or two horses. The animals were continually checked in throughout the day and once the covered pens were filled, the horses were then moved into the pens outside. 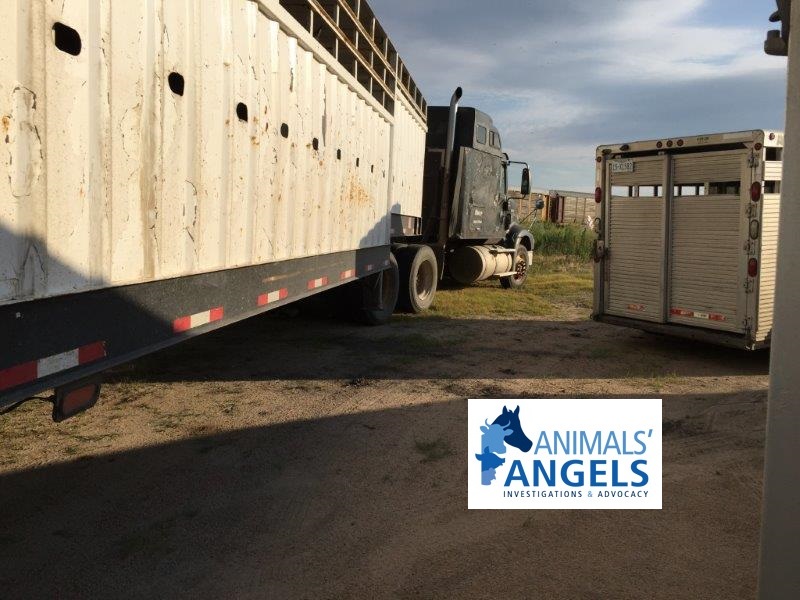 At 5:45 p.m., a semi with a Nebraska license plate and non-legible DOT # arrived with a 48 foot flat floor trailer. Our investigators made special note of this vehicle as there were already at least 5 horses in the trailer. These animals were left in the trailer all afternoon and evening with no feed or water and the driver did not check on them during the sale.

The sale itself started at about 6:40 p.m.  The riding horses sold first, and as usual much time was spent on these horses.

At about 8:00 p.m. the loose horses were led in. Unlike the riding horses, these horses were sent through the ring quickly by auction employees using paddles. Approximately 80 horses were sold. 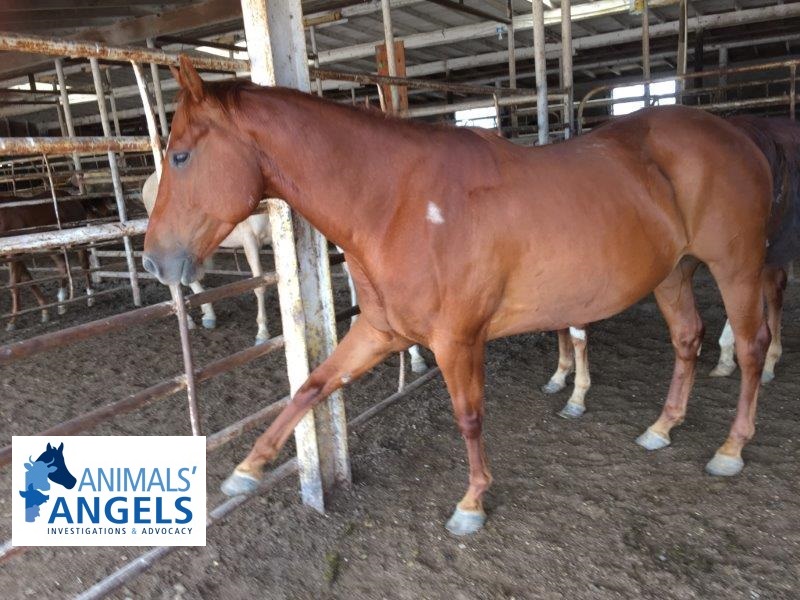 At 12:15 a.m. Jason Fabrizius left the auction premises with approx. 20 horses. Investigators decided to follow. Fabrizius drove straight to his property in Eaton, CO where he arrived at around 4:00 a.m.

Animals’ Angels will continue to monitor this sale.  In addition, we have reported all observed violations to the appropriate authorities.