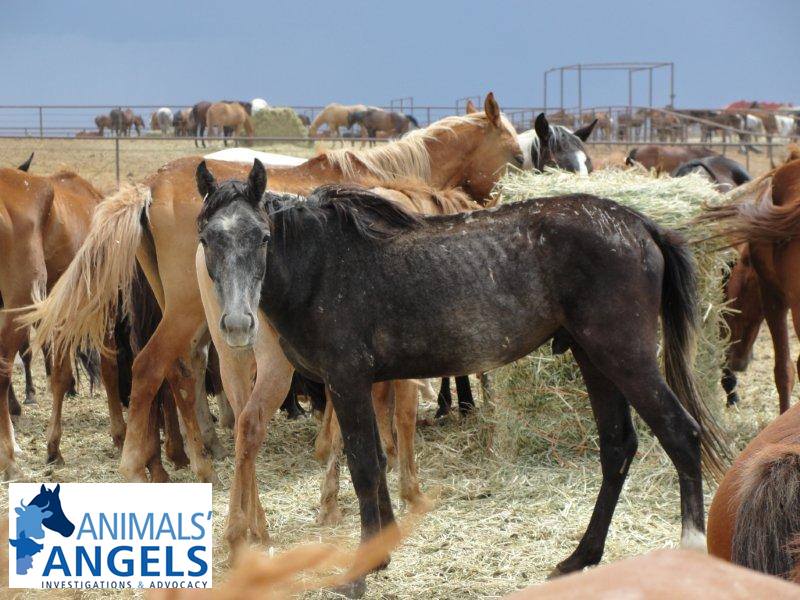 In June, Animals’ Angels reported that infamous kill buyer, Dennis Chavez, had reached a new low in his complete disregard for the welfare of animals. Animals’ Angels was the first to report that Chavez had separated foals—some as young as three weeks—from their mothers and shipped them hundreds of miles in crowded trailers. To make matters worse, the transport had been approved by Dr. Florian Sanchez, a local veterinary, who knew full-well the brutal treatment that awaited this young horses.

Unfortunately, Chavez’ exploitation of animals continues. According to recently obtained paperwork, Chavez purchased a large number of Quarter Horse Cross stallions from an unknown source last year. He then shipped these horses, 40 to 50 stallions at a time, to the export pen in Presidio, Texas.

This information concerned our investigators for several reasons: 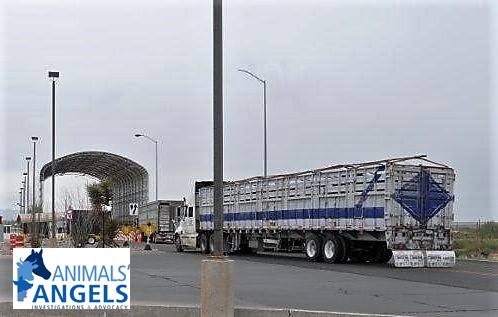 The Commercial Transport of Equines to Slaughter regulation clearly requires that stallions be segregated when transported for slaughter, because the horses have a tendency to become aggressive, especially when stressed and scared. With transports of up to 50 stallions, it would be impossible to segregate the horses as the regulation requires. It is therefore very likely that these horses did not ship labeled as “slaughter horses”, since that would be an immediate violation of the regulation.

When Animals’ Angels requested additional paperwork to confirm our suspicions that the stallions were shipped as “not for slaughter”, we found that the State of Texas did not have any records for several of the stallion shipments our researchers found in the paperwork from New Mexico. This finding potentially suggests that the horses were shipped without any paperwork, including health certificates. 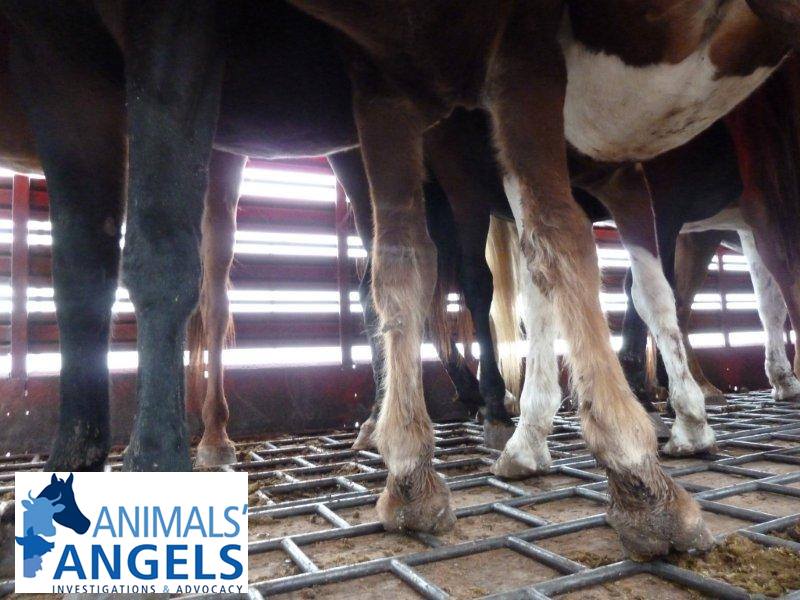 Animals’ Angels was able to locate paperwork for two of Chavez’ shipments, which Texas has record of receiving in August 2018. The paperwork indicates that these shipments included up to 50 stallions, their health inspections were conducted by Dr. Florian Sanchez, and the purpose for their export was “sport.” Since the horses’ destination was a company in Chihuahua, Mexico, which according to custom documents engages in the horse meat trade we know that they most likely were not destined for “sport”, but were facing a much grimmer fate.

Animals’ Angels’ research clearly proves that Chavez continues to commit immoral and blatantly cruel offenses. Cramming frightened stallions into a crowded trailer is deeply disturbing—the scared animals were undoubtedly kicking one another, and many were likely injured during the journey. But perhaps even more disturbing is the lack of a paper trail for the animals: how did these shipments cross state lines and international borders, and what was their ultimate fate?

As always, Animals’ Angels is seeking answers and justice. We have reported our findings to the USDA Investigative Services and requested that they conduct an official investigation into this matter.