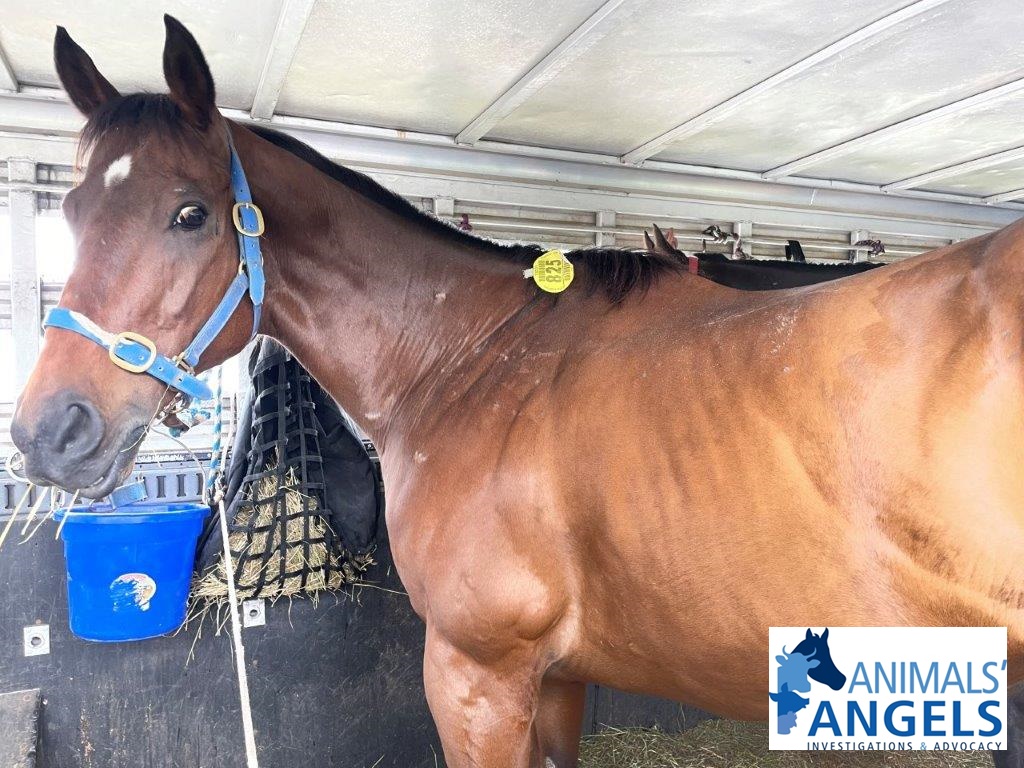 Over our many years of animal advocacy, the team at Animals’ Angels has witnessed and reported on countless moments of heartbreak and outrage in our fight against abuse and slaughter. We’ve shared each step of our often-painful journey with supporters and fellow advocates in the sustained certainty that our combined efforts will prove successful in the long run. It is thus a real pleasure to have the opportunity to report some proof of progress in this month’s newsletter. And while the race to end slaughter is far from over, this bit of good news certainly gives us renewed hope that the long-term odds are in our favor!

When Every Voice Said “Aye” for the Animals!

Let’s start by asking a question: How often have 63 politicians of various parties gone into a room and voted unanimously to pass a law protecting animals’ rights over corporate or special interests?

The answer? At least once!

That’s right, the New York State Senate unanimously passed Senate Bill S1442B with the purpose to “ensure the prohibition of inhumane slaughter of retired racehorses and breeding stock” and on December 1, 2021, the governor of the state signed it into law.

Each and every elected official in that room said “Aye” to the bill, which aims to protect retired racehorses in New York, making it illegal to try to profit from their suffering and death.

Let’s all take a minute to celebrate this win, along with the ongoing shift in public sentiment toward animal rights that it clearly represents. We’re so grateful our work to advocate for racehorses, including the production of videos like Platinum Ticket’s Final Ride led to meaningful change.

How Does the New Law Protect the Animals? 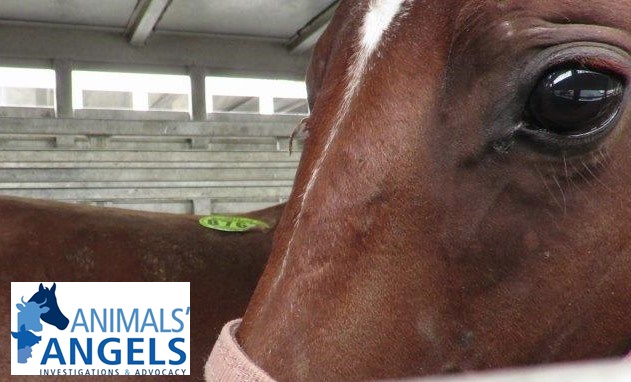 ” and to “promote accredited horse retirement and rescue programs in New York State” by prohibiting “the slaughter of racehorses and breeding stock for a commercial purpose.”

The law imposes fines of $1000 per horse or $2500 per business entity. Fines will be collected and dedicated to funds supporting the care of retired racehorses and breeding stock. Those entities found to be in violation of the law could also have their license revoked by the state’s Gaming Commission.

The law also allows individuals and corporate taxpayers to make voluntary contributions dedicated to funding aftercare programs for retired or breeding horses. Microchipping of all racehorses in New York will be mandated by the law in order to increase the Gaming Commission’s oversight of ownership transfers of horses.

How Will the New Law Impact the Horse Slaughter Industry?

Currently, traceability issues remain unsolved and there are severe food safety concerns at one of the two remaining Canadian plants. Political pressure is mounting. The scene of the industry is set for change, but with thousands of horses still being sent to Canada for slaughter each year there is more work to be done.

Shutting Down the Road to Slaughter

By making it illegal to ship any racehorse to slaughter, New York lawmakers are attacking one of the major slaughter horse transport routes into Canada. And with standardbreds as one of the main slaughter exports, it also means that pretty much every load will be impacted. 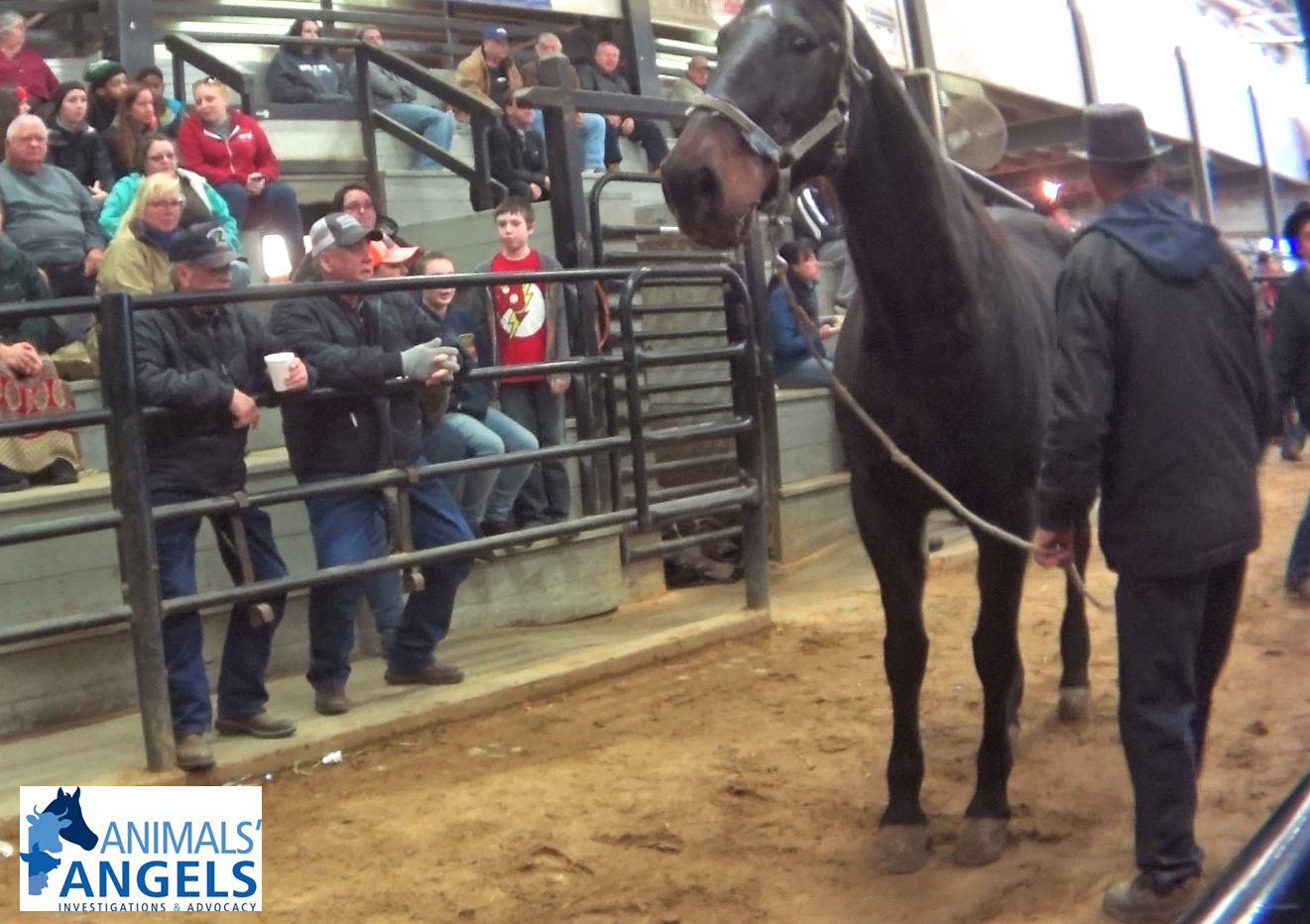 Major kill buyers such as Bruce Rotz frequently attend the nearby New Holland horse auction to acquire horses, including retired racehorses. To comply with the new law, these kill buyers will now have to ship all loads containing standardbreds via a much longer route through Ohio in order to cross into Canada at the Michigan Port Huron crossing, thus turning a 9-hour trip into a 16-hour journey. Taking into consideration the current gas prices and limitations on the hours a driver can operate a vehicle, a significant loss in profit is inevitable.

In addition, prices have sharply increased for horses available at auctions like New Holland, since sellers are bringing fewer slaughter prospects to the sale. At a sale held on May 15th, our investigators overheard Rotz complaining that most horses were priced well over $1,000, a price much higher than the meat price. Rotz left the May 15th auction with only eight horses inside his trailer, including a limping, skinny standardbred acquired via trailer-to-trailer transaction, which the auction had likely rejected for sale, and a skinny standardbred with a large, swollen fetlock.

So, how can Rotz and other kill buyers like him still make a profit? Rotz claims that the Canadian plant now pays him $2.20 per pound for his horses, which seems highly unlikely since the price paid by the Richelieu plant, as documented in a recent Freedom of Information Act (FOIA) request obtained by Animals’ Angels, is only 0.35 cents per pound on average.

More likely the outrageous price given by Rotz is a desperate attempt to justify the grossly inflated prices he charges unsuspecting clients on his online broker page. As we’ve reported in recent newsletters, this online ploy is one of the main reasons the kill buyers can afford to stay in the slaughter business.

The Challenge of Enforcement 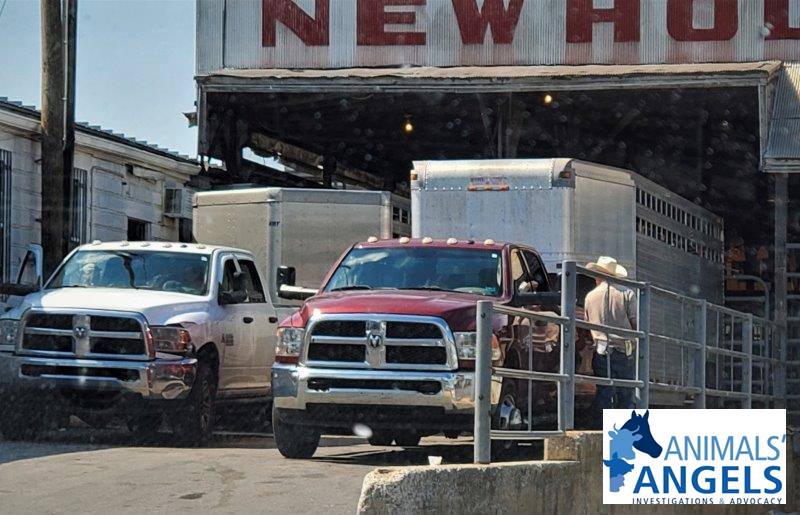 While we’re happy about the positive changes the new law in New York may bring, we’re also aware that it will only work so long as there is a concerted and effective effort in place to enforce it.

While the new law requires all racehorses to be microchipped going forward, no information has been released regarding a plan to supply law enforcement agents or police officers with microchip readers, and to date, no arrests have been made related to the new law.

Also of concern is the possibility that if strong enforcement efforts are implemented in New York, kill buyers in nearby locations might decide to ship standardbred horses south and west instead of north, which would significantly increase the horses’ time in transit, along with their suffering.

Closer Than Ever to the End of Slaughter 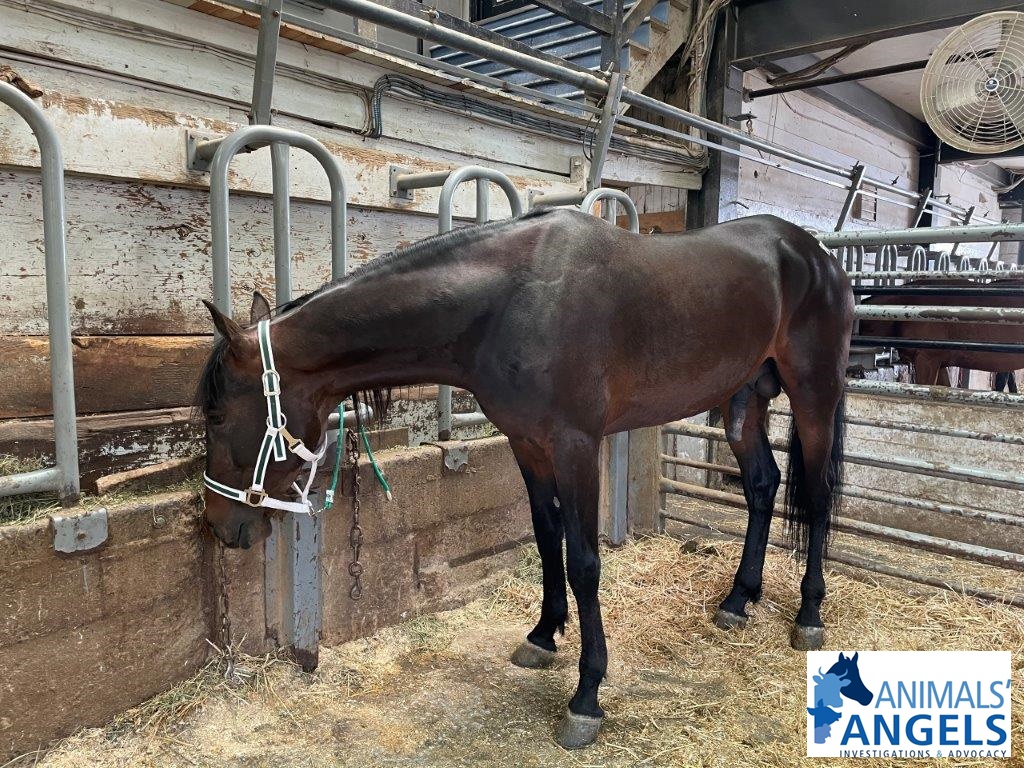 We’ve come so far together in our race against horse slaughter, and it’s inspiring to see the progress we’ve made in many areas. But no US horse will truly be safe until long overdue federal legislation to ban slaughter and the export of horses for slaughter is passed. While the new law in New York assures us we are closer than ever to making that happen, we must continue to move forward together until we reach our ultimate goal.

Rest assured that Animals’ Angels will continue to monitor developments and kill buyer tactics closely and will continued to update our faithful supporters and provide authorities in the US and worldwide with the most accurate information available.