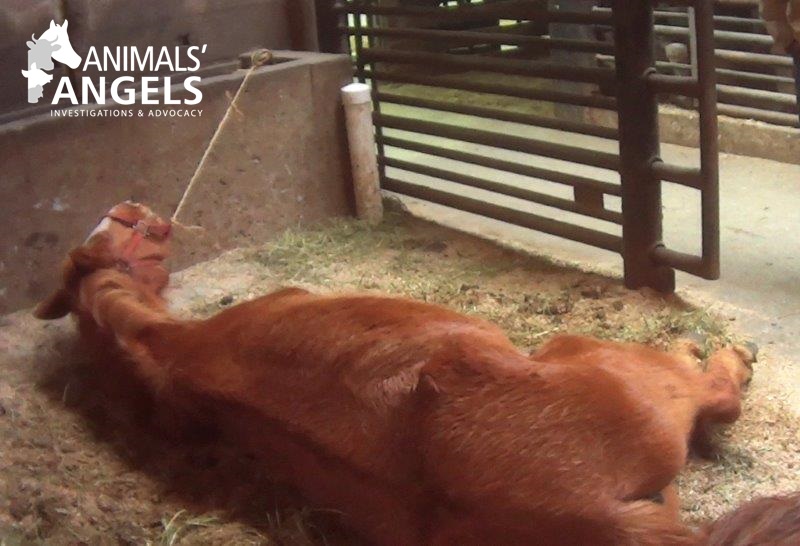 Investigators arrived at the weekly New Holland Sales Barn auction at 8:40 a.m. Compared to the week before, it was a slow sale day and the parking lot was half empty. Nevertheless, there was a number of kill buyers present: Brian Moore’s truck as well as the Diamond K Ranch Truck were parked in front of the stable. For the first time, investigators noted the truck of Arkansas horse trader Blake Wilf in the lot. Wilf, who also operates a horse and mule auction, is known to provide horses to large scale Texas kill buyer Mike McBarron.

Investigators entered the sale barn and immediately noted that one of the horses was down and struggling. It was lying flat on its side; however, his head was tied to the feed trough and was therefore being held up by the rope. The Chestnut horse was extremely emaciated with hip bones and spine clearly visible. Kill buyer Kiehl was overheard stating that the horse had been brought in the night before. 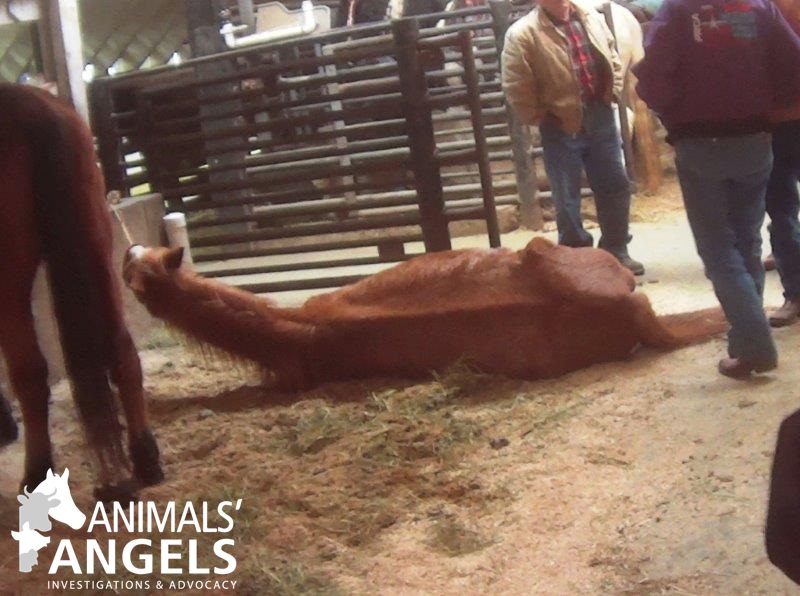 A group of people had gathered around the animal, mercilessly joking about its poor condition and making comments like “Let’s get the bobcat, push her with the forks – that’ll get her up” Several of them were kicking the sides of the struggling animal, trying to get her to stand. Finally, some auction workers arrived and managed to get the horse up. Seemingly out of nowhere, a 2nd, equally emaciated horse was suddenly brought into the barn and the two horses were immediately taken outside by auction workers to be shot.

When auction veterinarian Dr. Holt arrived later at the sale, AA investigators informed him about what had happened and asked him to find out who brought these horses to the sale. 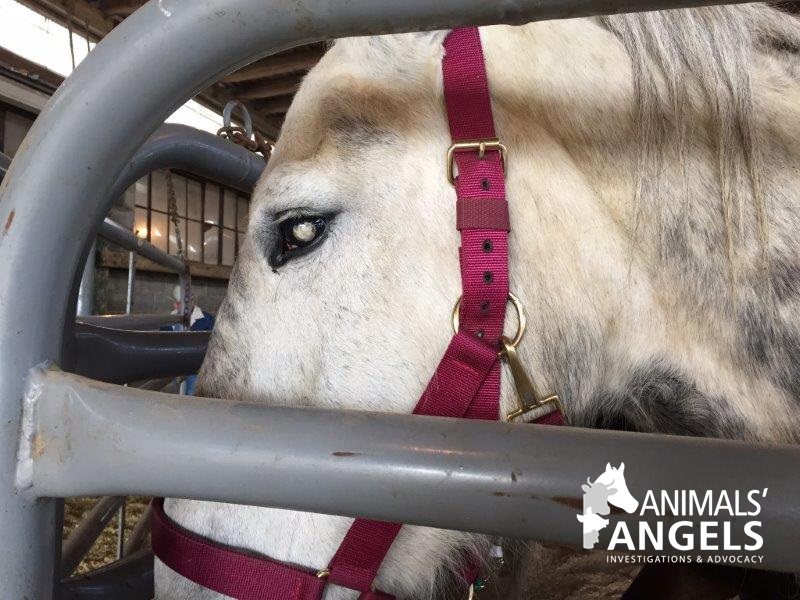 In the meantime, investigators continued their inspection of the horses. In the large outside pen, they found a draft horse, blind in both eyes as well as a horse with a forehead injury, an injury likely received from transport. Both animals were later declared not fit for sale by Dr. Holt, which was the right thing for him to do.

The horse sale started at 10:20 a.m., with approximately 70 horses being sold.  A great number of horses went to private individuals, being too expensive for the kill buyers. Brian Moore ended up buying 12 horses and Bruce Rotz bought 6 horses. The sale ended at 12:00 p.m.

Investigators left the barn to monitor the loading area and were approached by Dr. Holt, who confirmed that the two horses had been put down. He also stated that he found out who had brought them in, but that he was not going to report the owner to law enforcement – which was very disappointing to hear. How will there ever be accountability for neglect and abuse, when the person committing the abuse is not being held responsible? 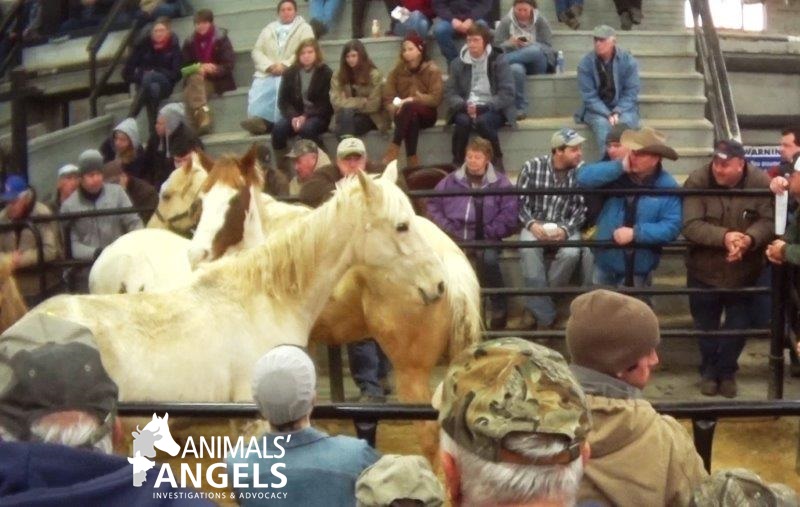 Brian Moore loaded his horses at 1:40 p.m. Diamond K Ranch also loaded horses, which led to the conclusion that he likely was transporting for Bruce Rotz, since the Diamond K representative had not purchased any horses himself.

In further efforts to promote positive changes for the animals going through this sale, Animals’ Angels will reach out to New Holland Sales Stables Management again in one final attempt to achieve improvement in conditions via open and constructive communication.