The sale started shortly after 10 a.m.  The auction was extremely busy this day with over 120 horses offered for sale, including many Thoroughbreds. 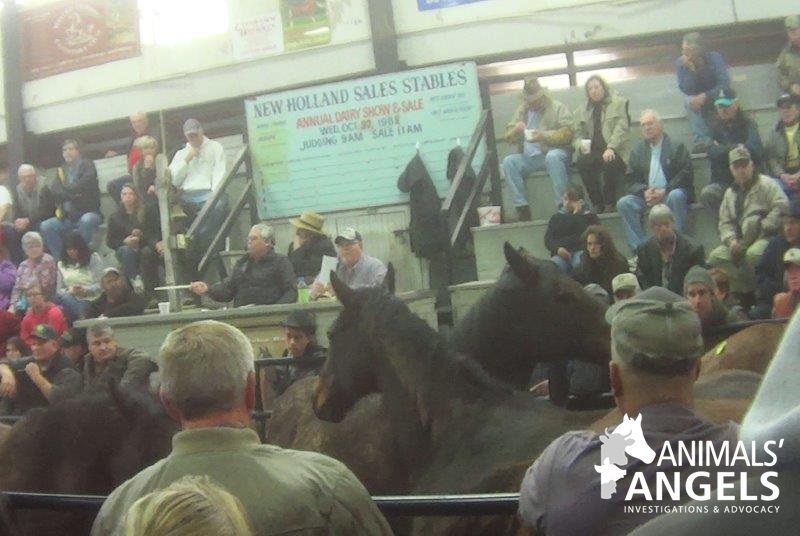 In fact, there were two large groups of Thoroughbreds among those sold. Mares, yearlings, and colts were moved through the sale ring together.  Many of the Thoroughbred mares being sold were pregnant.

At the end of the sale, Brian Moore had 14 horses.  Cedar Ridge Farm had purchased 10 horses including a horse that was blind in one eye for $75.  Cranbury Sales Stable walked away with 25 horses that included a Mustang purchased for $225. The Mustang was posted via their broker program for sale at $500 shortly thereafter.

Bruce Rotz ended up with 13 horses, one of whom was “Open Zipper,” a pregnant Thoroughbred mare with crippled and deformed legs that was purchased by Rotz for $325 and immediately bought back by a rescue for $700. 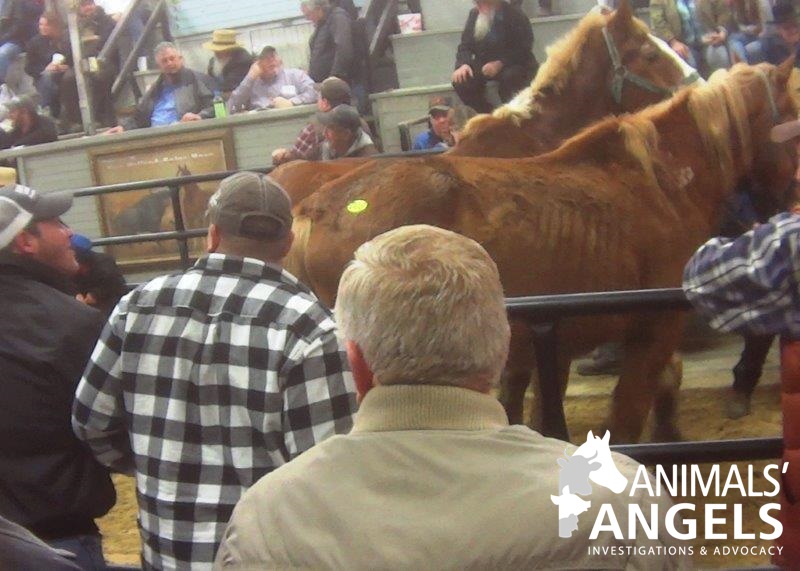 It would appear that the previous owner of at least some of the pregnant Thoroughbred mares sold at New Holland this day was Richard N. Miller of Shartlesville, PA who has been breeding and training horses for many years. However, a post indicating that Mr. Miller was selling 90% of his herd, all Thoroughbreds, including several pregnant mares (due in 2016), “Murphy’s Code” and “Lovely Ness” among them, was shared on Facebook in late June 2015 -- with the caveat that should homes not be found quickly enough, the horses would be sent through New Holland.  Advertisements for the stud services of “Trajectory” and “Turn West” were published as recently as December 2015.  “Turn West” along with the stallion “Emperor Tiberius,” who is named in the Facebook post as having sired the foals of the pregnant mares, is currently listed on Miller’s business website as being available for stud services. 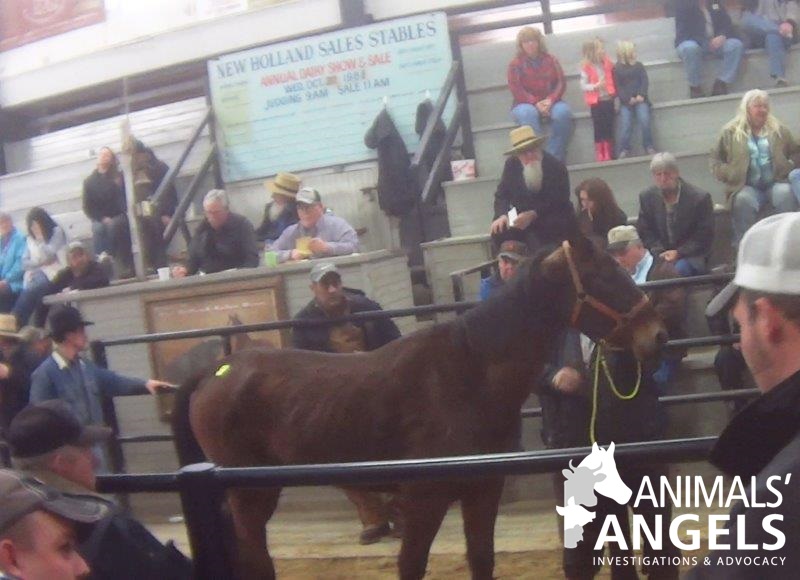 It should be noted that bidding on the Thoroughbreds, including the pregnant mares, was fierce among all of the auction attendees with most of the horses going to rescues or private homes.  The kill buyers were successful in outbidding the rescues and individuals on just three of the Thoroughbreds, all of whom were quickly bought back by a rescue.

We at Animals’ Angels are beyond thrilled that these horses will have a happy ending and we’re grateful for all of the rescues and private individuals who stepped up to the plate to bid against the kill buyers to save these horses from a horrific fate.

However, it’s important to understand the other side of this situation as well. Namely that more than one kill buyer was able to make a significant profit by exploiting the horses through an immediate resale; in one instance $375 for simply driving a horse the 94 miles to Shippensburg, PA and then back to New Holland.  It should also be remembered that in regards to the pregnant Thoroughbreds, it is a violation of regulations to ship mares likely to give birth on the truck to slaughter, and if, as reported, these mares were due at any time, the buyers would not have been able to ship them without problems.  Therefore, it is likely the horses were being purchased for resale through a broker program rather than for slaughter. 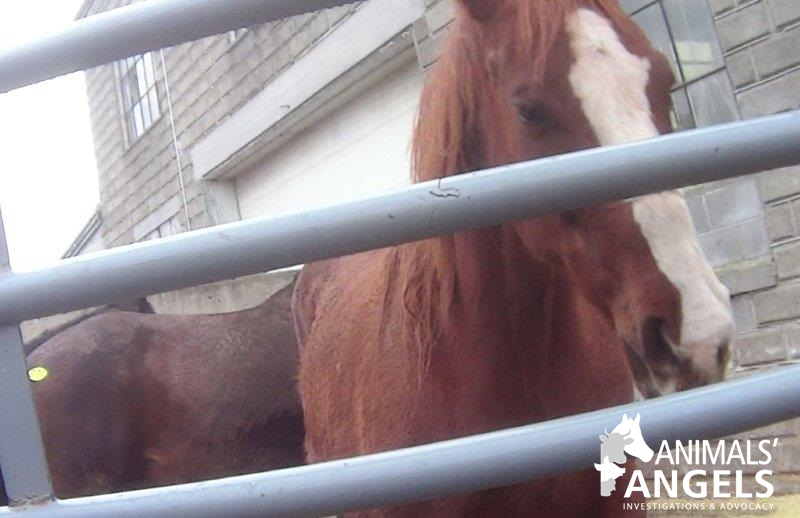 The sad story of these Thoroughbreds is one that our investigators have witnessed too many times at auctions nationwide. Contrary to what pro-slaughter interests would have the public believe, it is not the distressed, private horse owner who can no longer care for their horse who feeds the slaughter industry -- it is the big breeders dumping their unwanted horses in large numbers.

The ending of this auction report is ultimately bittersweet; it is excellent news that so many horses went to private homes or rescues, however, our hearts go out to the others who went through New Holland this same day, those who didn’t make the news because they were quietly loaded onto the kill buyers’ trucks headed to slaughter.