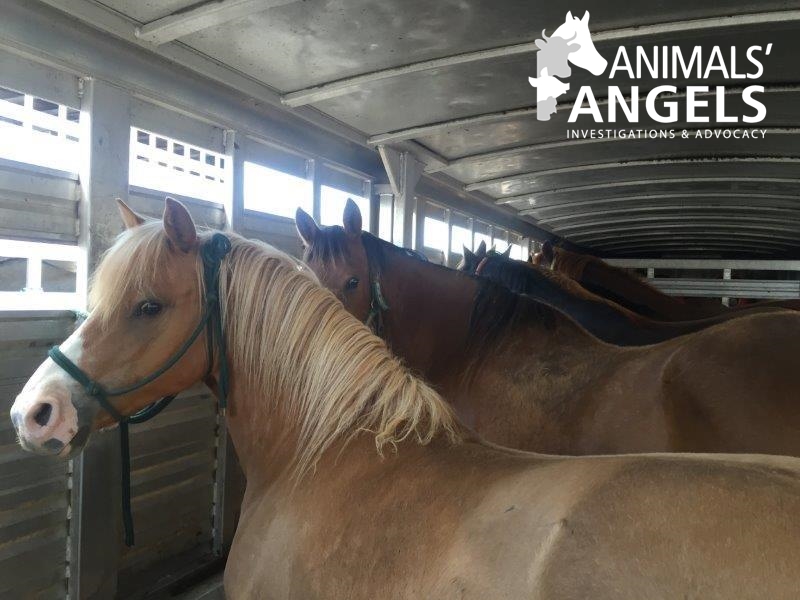 Investigators returned to the New Holland Auction to once again document the conditions for the animals as well as the kill buyer activity. The horse sale was slightly slower this day than normal and not quite as many horses were offered for sale.

Investigators observed that all of the usual kill buyers were in attendance: Brian Moore, Bruce Rotz, Cedar Ridge Farm. Upon arrival, it had been noted that the semi and single deck trailer of Cedar Ridge Farm was parked all the way in the back of the hay lot. Investigators noticed that there were already at least 5 horses inside the trailer having apparently been picked up earlier at a different location.  Also present at this sale was a known transporter of a New York City Carriage Horse Company. 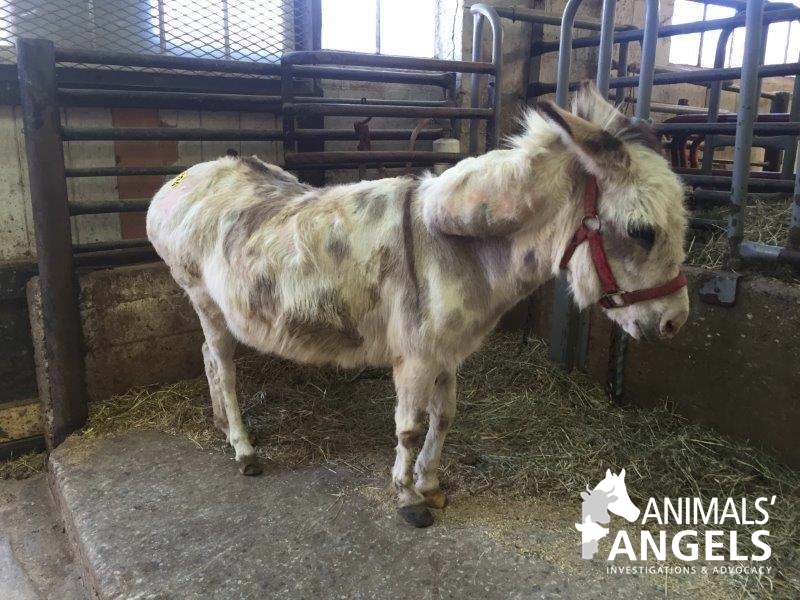 Inside the horse barn, investigators did not note any emaciated or thin horses among the animals offered for sale. However, one little gelding donkey with tag # 194 had a severe skin irritation and large fat deposits covering the crest of his neck and several other parts of his body, which could be a sign that he was suffering from Equine Metabolic Syndrome (EMS).

Several groups of loose horses were sold, one of whom had a fresh face injury, likely obtained during transport. The loose horses entered the ring together and the majority of them went straight to the kill buyers. 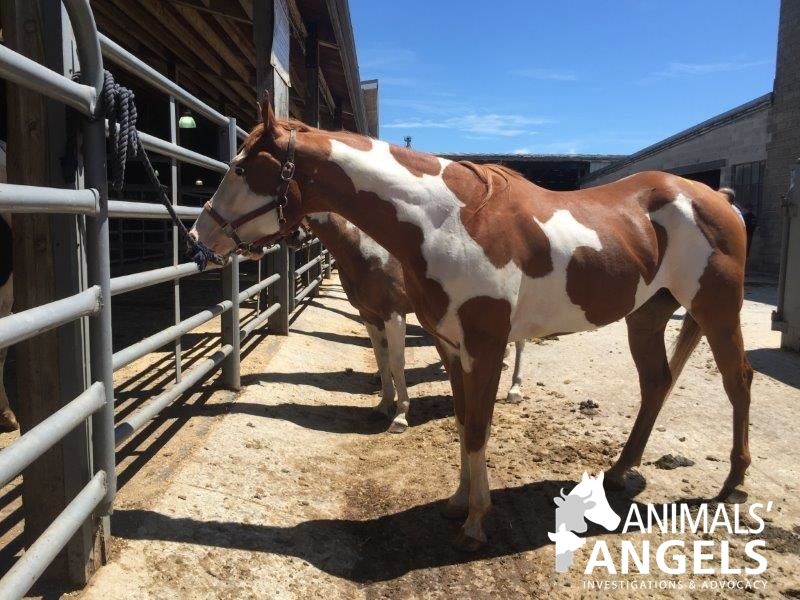 The recurring presence of large groups of untrained, never been handled horses at the sale is quite concerning – it almost seems to indicate that several individuals in the area are breeding for that specific purpose, knowing that these horses will be picked up by kill buyers.

Also of particular note to our investigators was the fact that there were several absolutely stunning Thoroughbreds who appeared to be in remarkable condition present. Not surprisingly, they received a great deal of attention causing everyone who walked by to stop and look at them, obviously wondering why they were dumped at this known slaughter sale.  Unfortunately, some of them did in fact end up with the kill buyers – most likely to be resold via their broker programs. 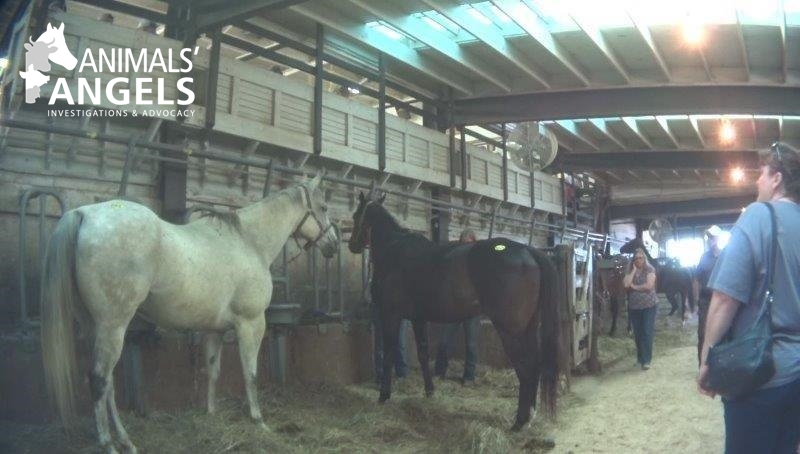 The condition for the other animals inside the barns remains unchanged. When investigators entered the pig/cattle barn, they noted that again, all of the water troughs were bone dry leaving the animals with nothing to drink. Several of the pens were overcrowded. Handling was rough and impatient with a lot of yelling and kicking by auction workers. 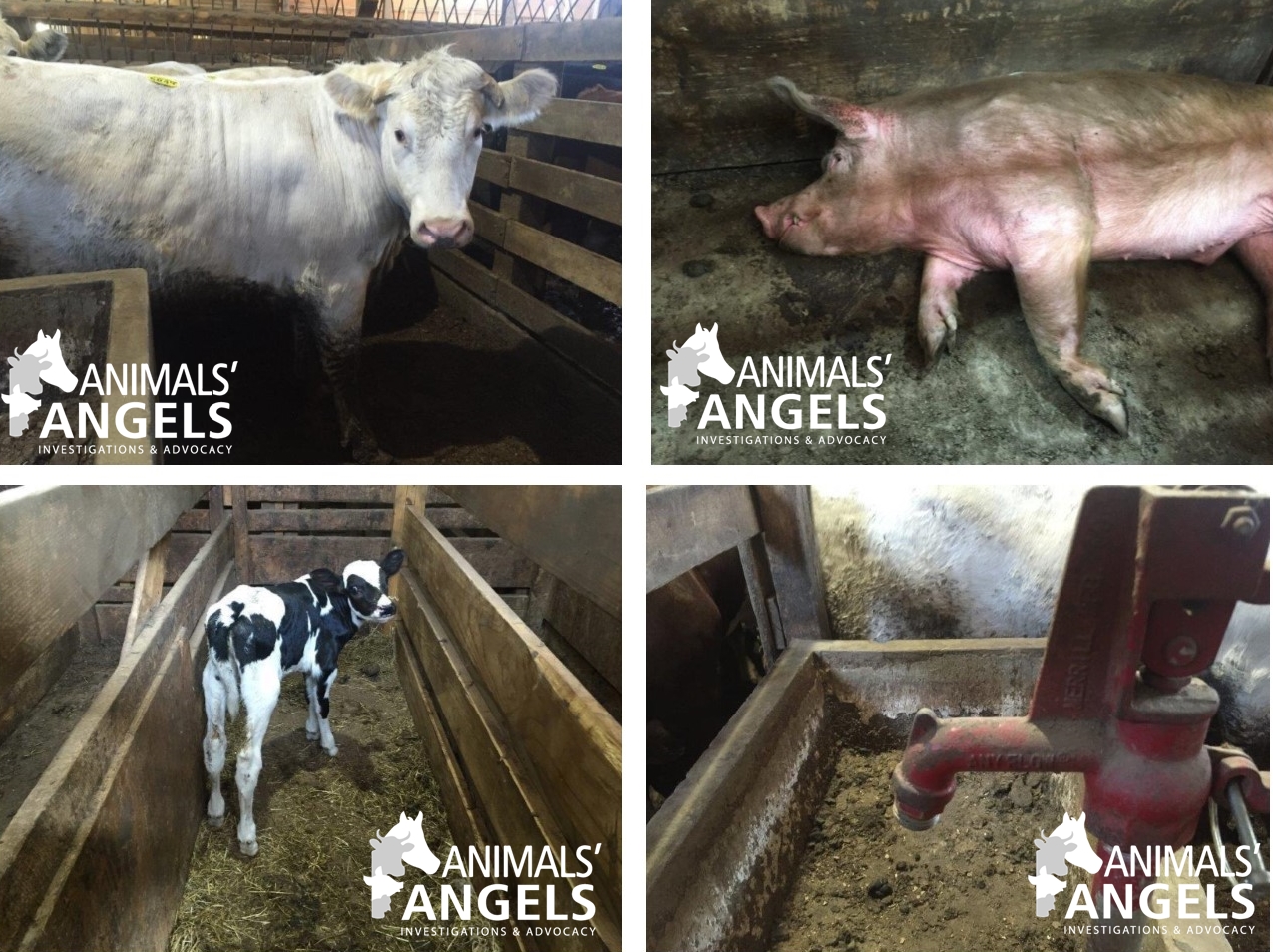 Behind the barn in the parking lot, investigators found multiple trailers parked in full sun holding chickens and goats. Their owners had left them there for the duration of the sale - and there they sat in their hot aluminum confinement without any access to water.

In front of the barn, an Amish or Mennonite family was selling puppies for $150 straight from a wooden box – a clear violation of Pennsylvania law.

Investigators immediately contacted the PA dog warden to report the violation, who promptly arrived 30 minutes later. He gathered the evidence and also reminded the auction that the sale of puppies on the auction grounds was illegal. 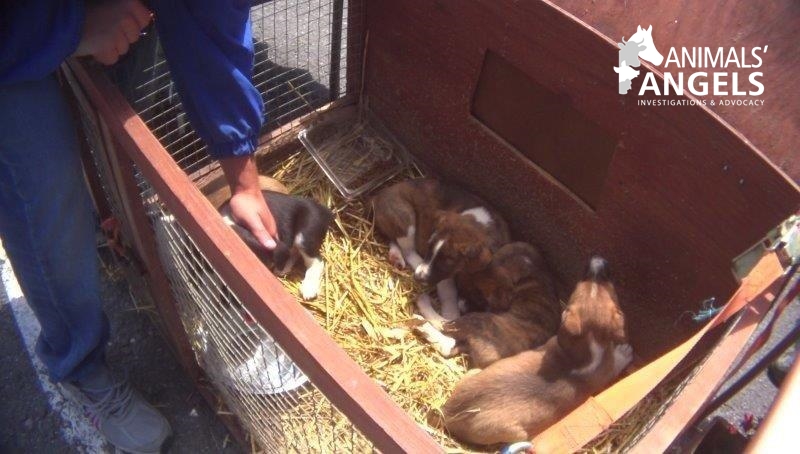 AA will continue to monitor the activities at this auction and report violations to the appropriate enforcement agencies.