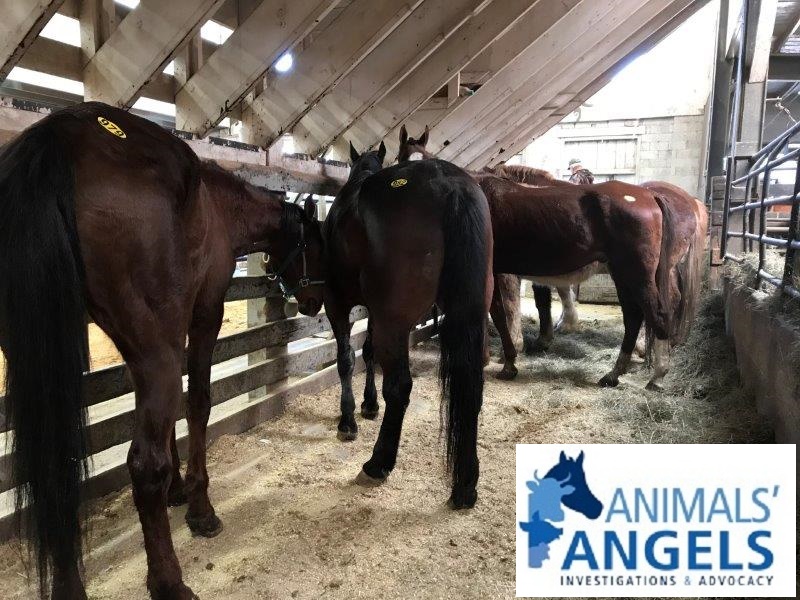 Investigators returned to the weekly auction in New Holland at 8:00am on 3/19/18. They immediately noticed that the back-parking lot had a new wooden pen area erected, which held sheep and goat and appeared to be a temporary structure. Next to the structure, a dead goat was discarded in a pile of manure. No signs of a bullet hole were visible. Inside the sheep pen area, there was a dead sheep lying among live ones inside the pen. The animals were sniffing the dead animal, which appeared to have been dead for quite a while.

Parked next to kill buyer Bruce Rotz’s trailer was the truck and trailer of Sharp’s Livestock and he had two very agitated horses in the back compartment of his trailer. The animals were kicking the trailer sides constantly. 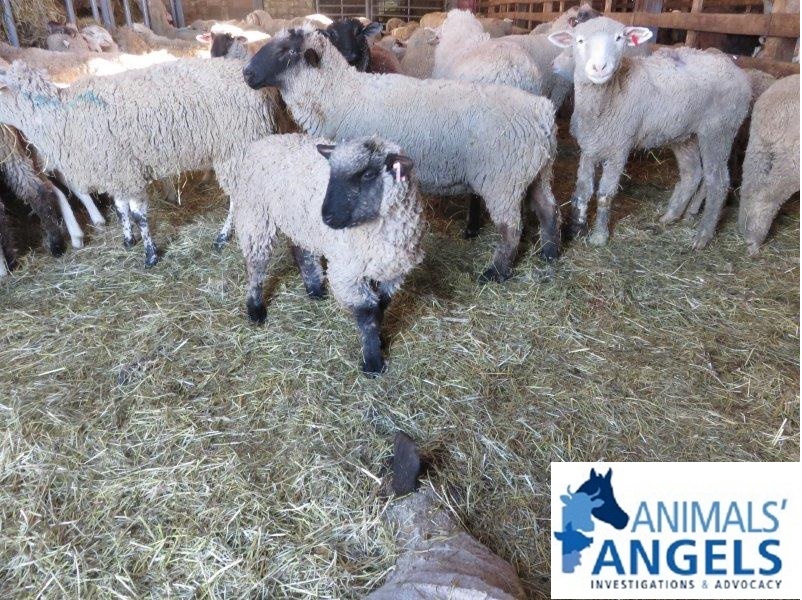 The horse sale started at 10:04am. The sale was very busy with a lot more horses offered for sale than during previous visits. The auctioneer announced that every horse below $800.00 was sold “as is” and that no videotaping or pictures were allowed at the auction. The kill buyers were bidding fiercely against each other, especially over the “prettier” horses which were most likely purchased for their broker horse programs. Prices ranged from between $325.00 to $850.00. A lot of discarded, broken down Standardbreds/Saddlebreds were going through the ring. Several of the thinner/lower priced horses got no interest from Rotz or Moore and were bought by Cedar Ridge Farm from Virginia.

Cranbury Sales Stables also tried to sell several horses, all in the top price range of $1,000 and up. Bidding was not very enthusiastic and clearly frustrated the seller stated, “come on guys, the horse came from Kentucky, has just been 16 hours on the trailer, it is just tired.” The horse in question, as well as several others, were not sold. 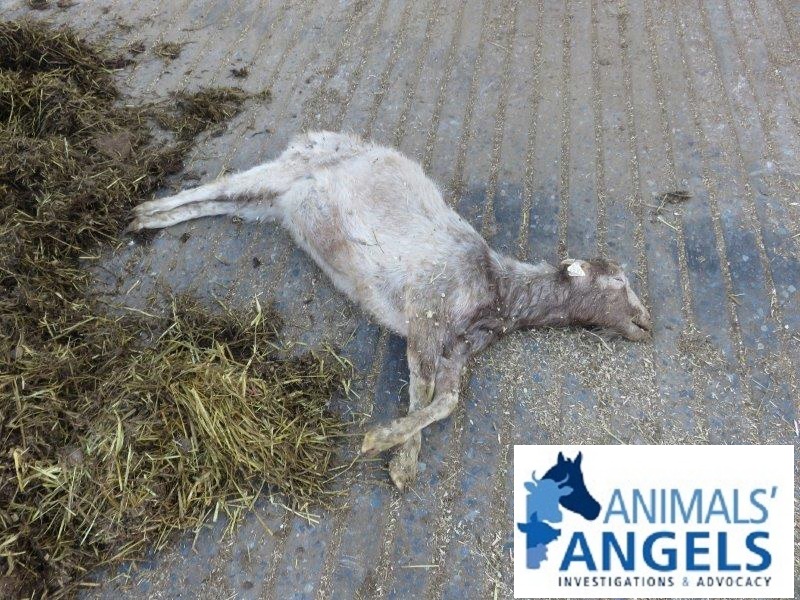 At the same time, the auction’s veterinarian, Dr. Holt, was observed attempting to administer a Coggins Test to an anxious pony. The animal tried to move away from him until an obviously frustrated Holt grabbed his one ear and forcefully twisted it around. The animal, in apparent pain, stood still and Holt was able to carry out the test.

When the sale was over, everyone started loading immediately. All kill buyers ended up with full loads. Animals’ Angels will continue to monitor this sale.