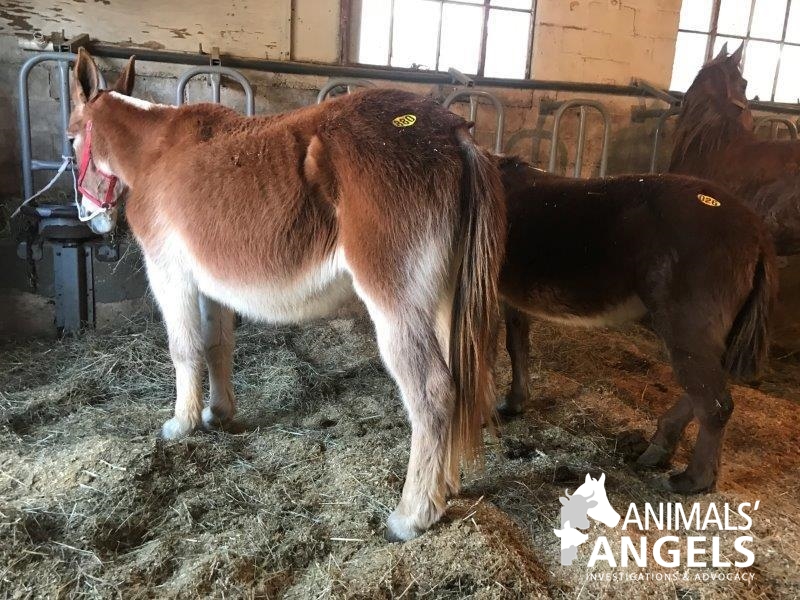 Animals’ Angels investigators arrived at the sale at 9:17 a.m. It was a warm, sunny day, and the auction was already very busy.

The horse barn was packed full with horses with many of them in very poor condition. The issues observed ran the gamut of neglect: halters that had been on the animal for so long that they had left clear marks on the horses’ faces, severely overgrown hooves, and many horses who were thin while others were clearly emaciated.

All the regular kill buyers and horse traders such as Bruce Rotz, Brian Moore, Cedar Ridge Farm, Arlow Kiehl and Jenkins Horse & Mules were in attendance. Unfortunately, they had plenty of “slaughter prospects” to choose from, since, once again, several groups of loose horses had been dumped at the sale.

Each of the kill buyers in attendance were apparently anticipating purchasing a great number of horses at this sale since all of them had brought their tractor trailers and single deck trailers to the sale. Investigators noted that inside Brian Moore’s trailer there were already approximately ten horses and a pony when he arrived at the sale.

The trailer floor was covered in manure and appeared to not have been cleaned out in quite some time. The horses were observed kicking and fighting inside the trailer. The small pony had been put in the same compartment with the other full-sized horses and it was the only one tied to the trailer side with a rope. 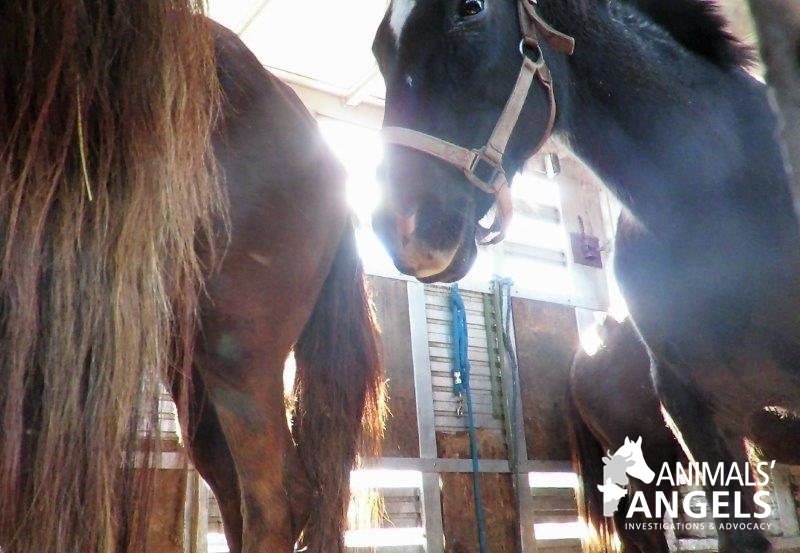 The horse sale started in front of a packed audience. Several high-end horses were sold, fetching prices as high a $3,100.00. As expected, the loose horses sold for between $300.00 and $450.00, and were quickly snapped up by the kill buyers.

The majority of the worn-down Standardbreds brought in by Amish and Mennonite sellers sold “as is” and with “signed papers” also to the kill buyers. Rotz and Moore purchased several horses for well above meat price likely to be re-sold in their broker programs.

Investigators also noted that new signs stating “no pictures/cameras on auction premises” had been put up by auction management, which is an indication that the auction is choosing to take another step backwards. Rather than fixing the obvious animal welfare concerns at hand and bettering conditions at the barn, the auction is instead trying to make the documentation of animal cruelty and conditions more difficult. 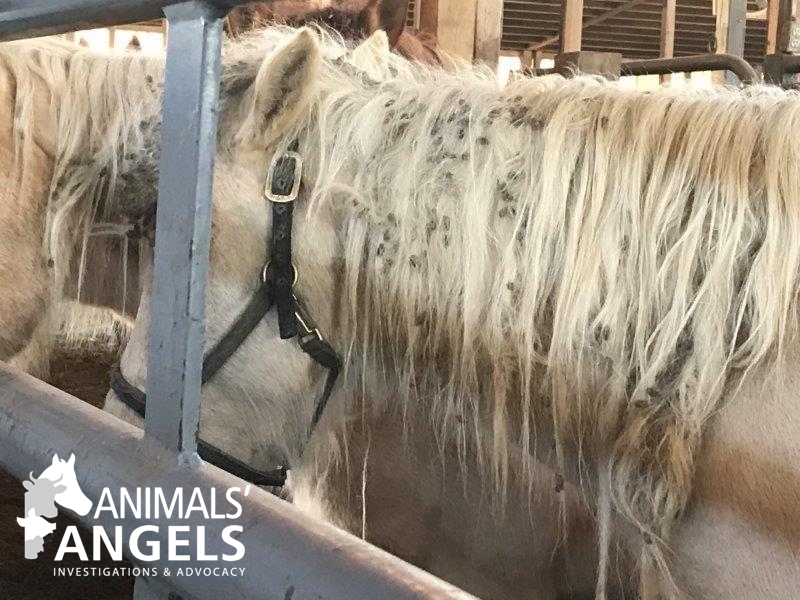 This development is extremely disheartening; even more so since Animals’ Angels has, on multiple occasions, offered our expertise and help in improving the situation, going so far as to offer training for their employees.

One can only wonder why the auction opts to expend all of this effort to restrict, ban, and monitor those concerned about animal welfare when it would be so much easier, as well as beneficial for the auction’s reputation and finances, to do the right thing by the animals in their care.