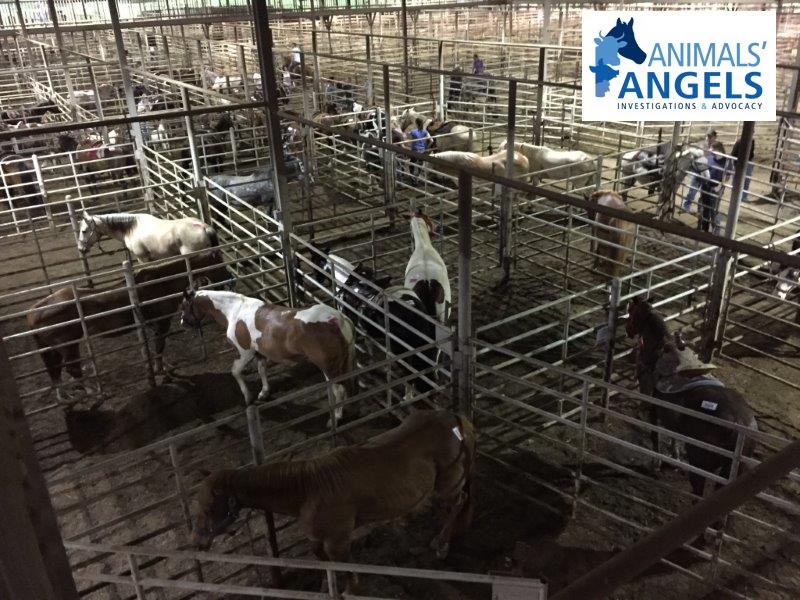 This monthly sale is held on the last Friday of the month at the Springfield Livestock Marketing Center. The horse check in starts at 9:00 a.m. The tack sale starts at 2:00 p.m. and the horses follow at 7:30 p.m.

It’s a large, modern facility with a catwalk that overlooks an extensive pen area. The auction barn has a sales ring with an office and restaurant.  There are several loading ramps on the right side of the building.

Our investigators arrived at the sale at 6:00 p.m. and noted that the parking lot was already very crowded.  There were approximately 80 horses in the pen area. No thin or emaciated horses were observed and there were no bleeding injuries or obvious signs of sickness in any of the animals.  However, several had extremely bad hooves that were cracked and overgrown.  One horse had an issue with his fetlock. 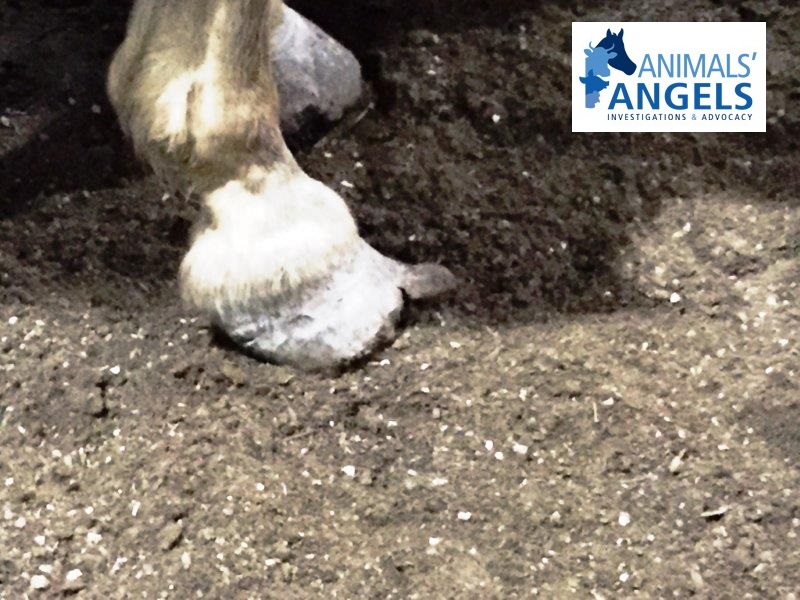 The majorities of the horses wore halters and were tied to pen railings. There was no food or water access for most of them. Horses were spread out over the countless pens with no overcrowding.

A vet was observed drawing blood for Coggins Testing. He was also observed examining every horse very carefully, which is likely the reason why the horses present for the sale were in such decent condition. We commend the auction for having a vet on site overseeing the general well-being of the horses. 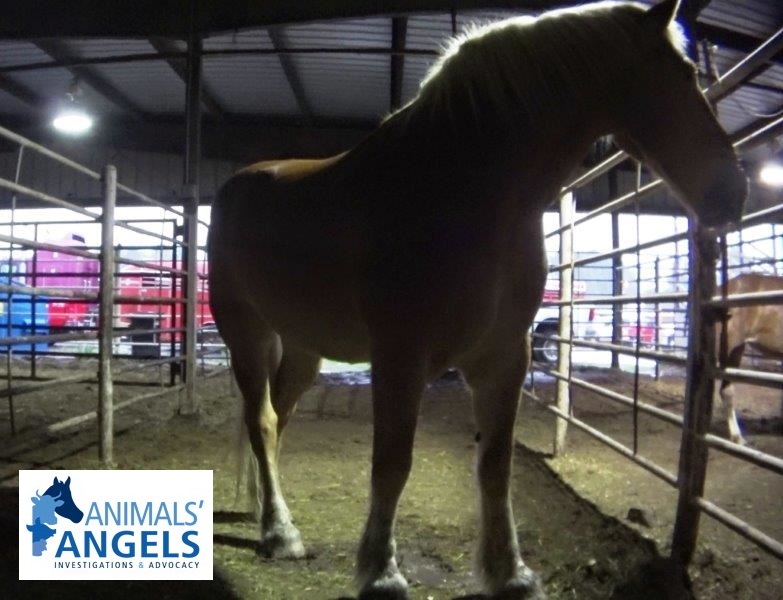 There were two horses of particular note.  First, there was a gorgeous, Belgian Draft gelding, sold as a loose horse.  He caught our investigators’ interest because he did not wear a halter and was apparently not used to human contact.  Strangely though, his coat was very clean and shiny and he did not have any signs of having ever worn a halter or harness on him.  Several people tried to approach him, but he spooked away and turned his back to them.

Second, investigators observed a Palomino mare with terribly neglected feet whose hooves had curled up and cracked with one piece broken off. 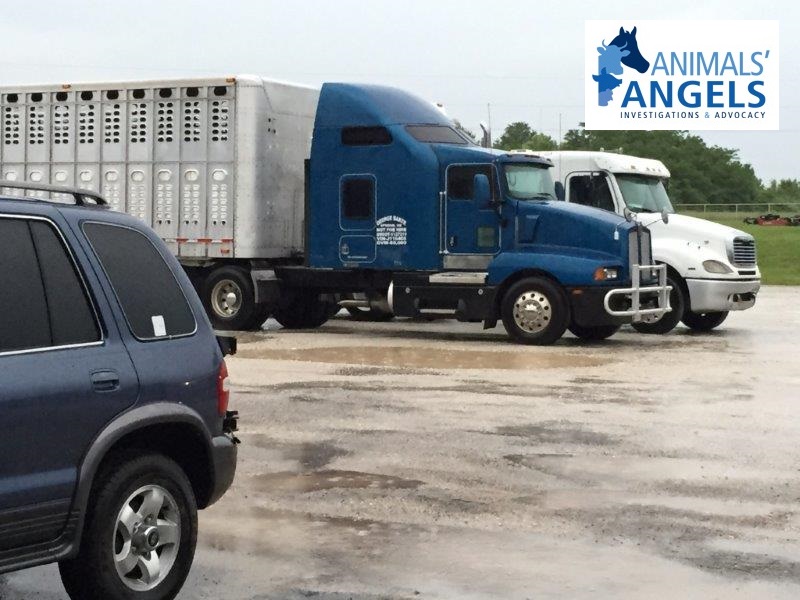 When investigators walked over to the loading ramp, they noted the trucks and single deck trailers of kill buyers George Baker from Stroud, OK and Blake Wilf from Romance, AR backed up to the ramps. George Baker is a large scale buyer shipping horses to Mexico via the Presidio export pens. Blake Wilf is a buyer who works with Texas kill buyer Mike McBarron. A review of Baker’s and Wilf’s Federal Motor Carrier Safety Administration records shows that both trucking companies have multiple violations for falsifying log books and permitting drivers to drive longer than 11 hours.

The horse sale started late at 7:50 p.m.  Approximately 110 horses went through the sale, all at a steady pace. Investigators noted that handling in the ring was acceptable, the horses were calm, and there was no hitting.

Both kill buyers present bought enough horses to fill a load. Animals’ Angels will continue to monitor this sale.