Mike McBarron, a well-known and large scale kill buyer out of Forney, Texas, has been the subject of an ongoing investigation by Animals’ Angels for quite some time. McBarron’s slaughter empire has a broad reach throughout the U.S., with numerous horse traders attending auctions in various states and either providing those animals to McBarron or shipping direct under his name. In addition, McBarron’s broker program, used to resell horses online, has significantly increased his monthly revenues.  Advertising on platforms such as Facebook, McBarron pulls on the heartstrings of the public in order to re-sell horses that cannot legally be shipped to slaughter, or those who were never purchased for slaughter in the first place – having the potential to garner a much larger profit for the kill buyer via the resale program.

AA investigations have continuously exposed McBarron’s activities as well as the inhumane and outright cruel conditions at his feedlot in Forney, TX. Regardless of an abundance of evidence, law enforcement agencies including the police and the SPCA of Texas (tasked with investigating the Kaufman Kill Pen) have yet to pursue a case. Even the Kaufman County D.A’s Office, who are well aware of our evidence, have refused to act – despite having the jurisdiction and discretion to do so. 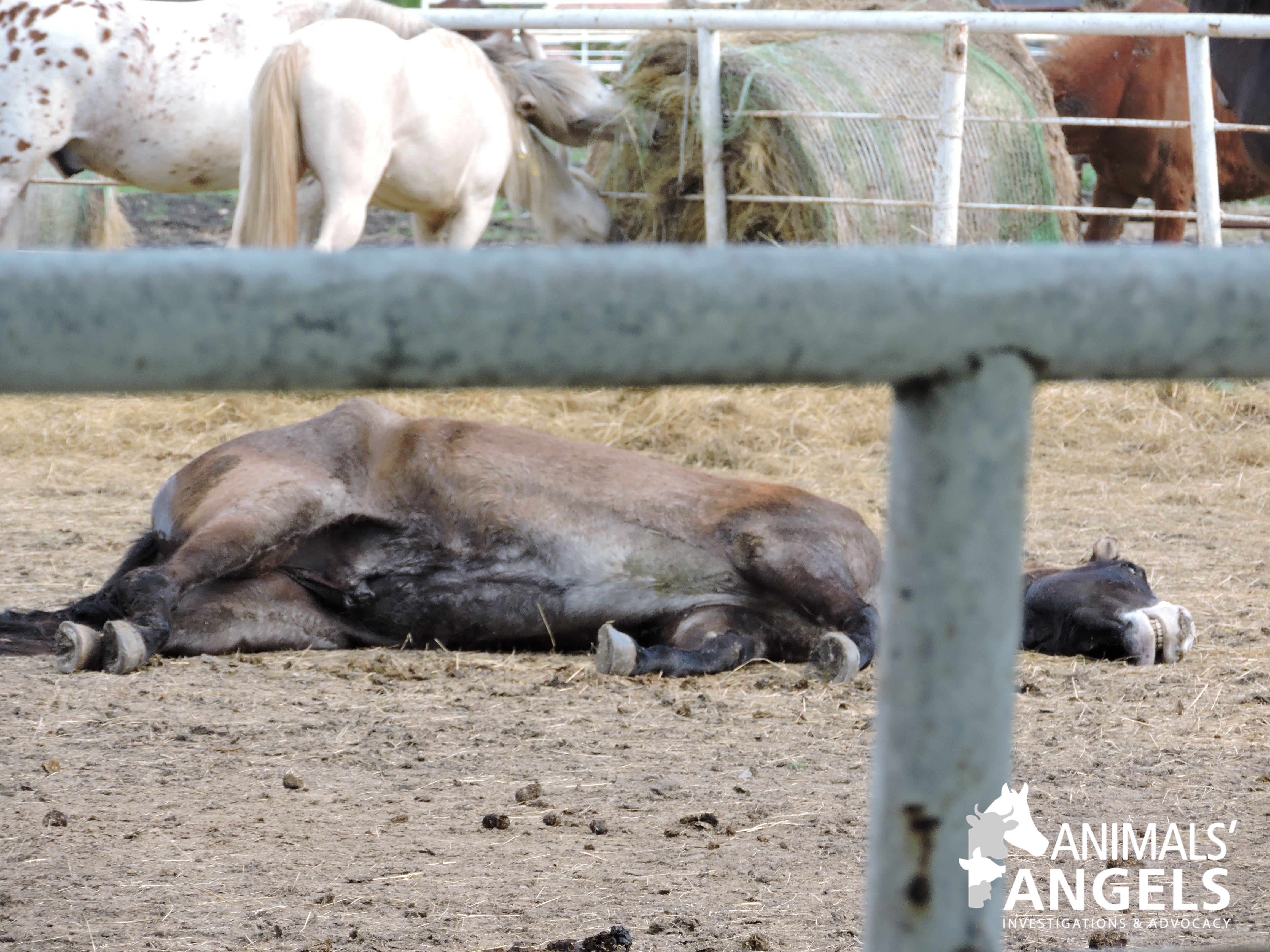 In yet another recent incident, a horse was observed dead at McBarron’s location on April 20, 2017, having obviously died without human intervention or care.

After documenting the situation, our investigator called local law enforcement as well as the cruelty investigator for the SPCA of Texas, Mike Parr. While Mr. Parr showed immediate and obvious frustration over the situation, it was unclear whether he was upset over the phone call from our investigator, or the dead horse. Regardless, he apparently had no intention of responding to the property or investigate the incident. Instead, he advised our investigator that he would reach out to Mike McBarron to find out what was going on. 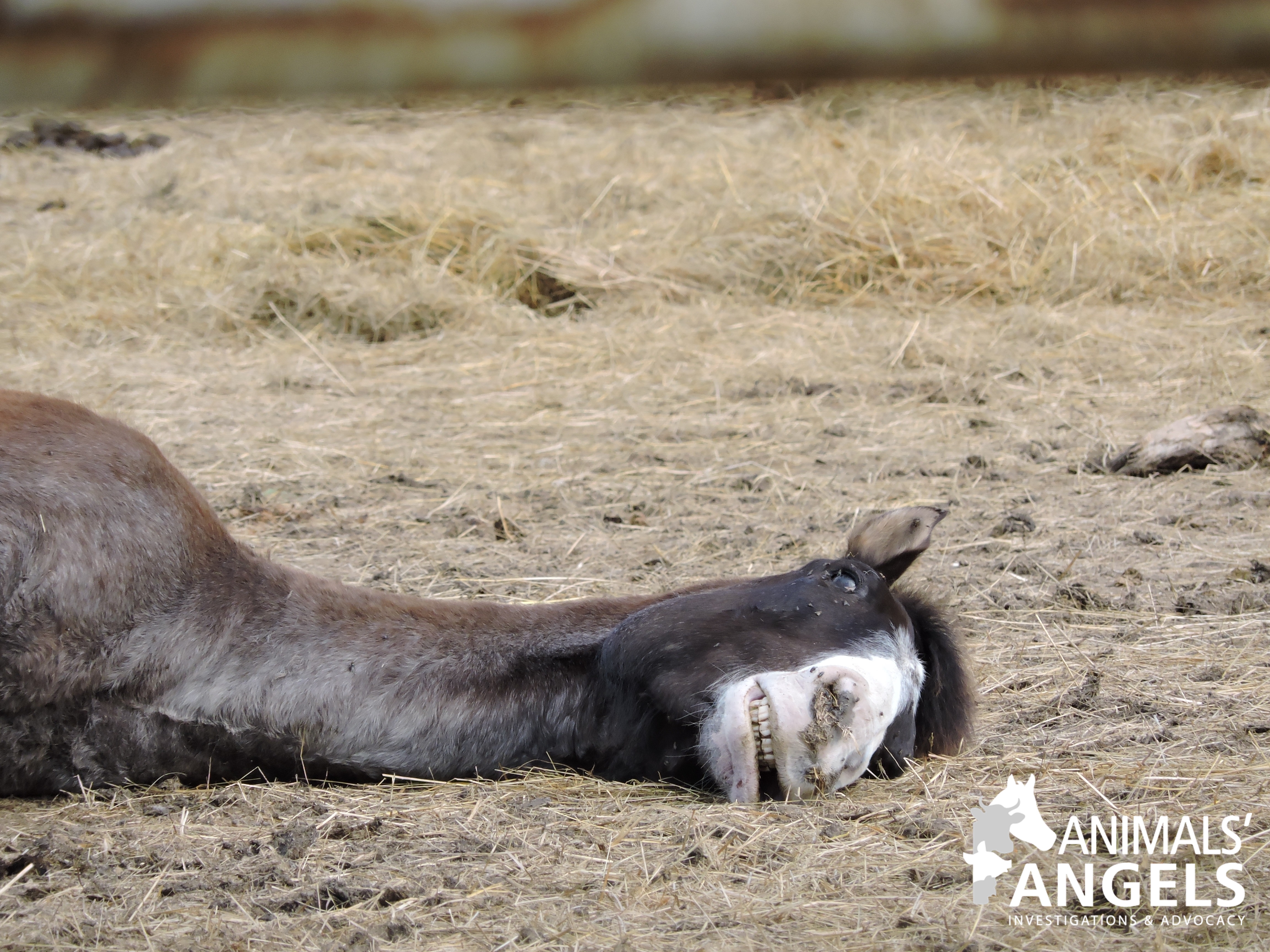 Following up with our investigator sometime later, Parr advised that while he was unable to reach McBarron directly, he did subsequently call and speak with McBarron’s “friend,” who advised they were aware of the horse and would “take care of it.”

Of course, this begs additional questions regarding Mr. Parr’s involvement with Mike McBarron. Why did he choose to call McBarron rather than visit the location, conduct an investigation, and possibly cite McBarron for the conditions at his lot? What friend did he speak with, and more concerning, why is Parr familiar with McBarron’s friends to the extent he would feel comfortable calling and discussing McBarron’s business with them? Not to mention taking their word for what occurred with the dead horse?

With regards to a response from the police, while the official incident report indicates an officer responded to McBarron’s property in reference to AA’s complaint, they did not speak with our investigator nor were they observed by our investigator. 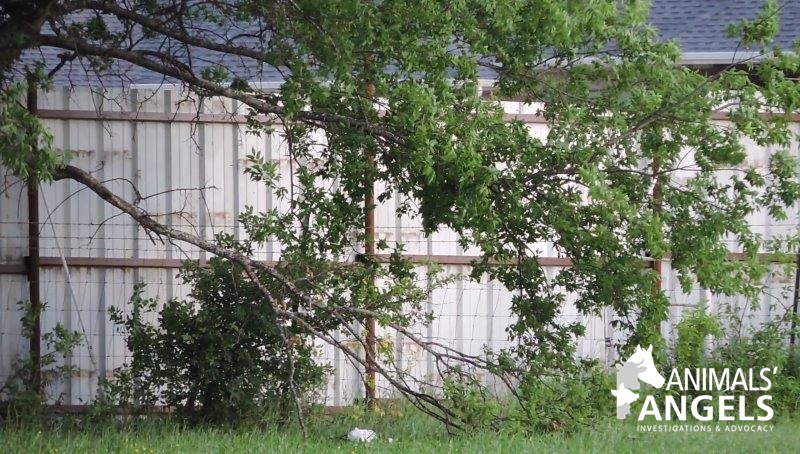 As may be recalled from our recent update on McBarron’s activities, Mike Parr, the SPCA of Texas cruelty investigator, told AA that he had advised McBarron to build a barrier wall on his property, presumably to block his operations from view. A question raised previously, and which remains extremely relevant today, is: why isn't Parr more concerned about the welfare of the animals in McBarron's care instead of apparently helping him figure out additional ways to hide how these animals are treated? 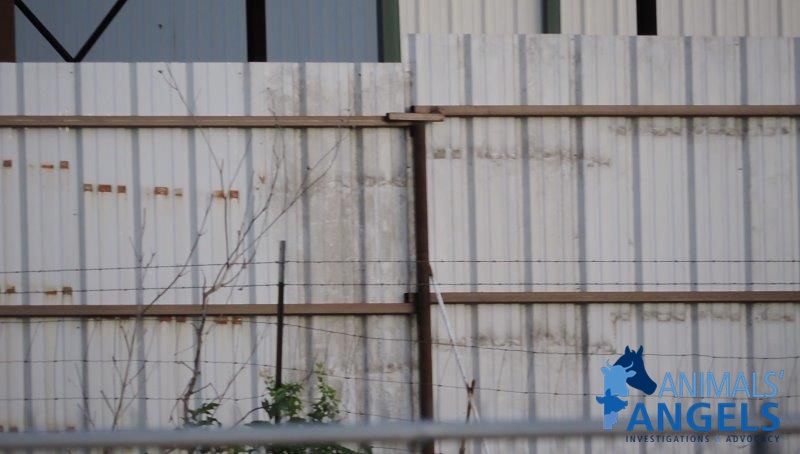 It is interesting to note that our ongoing investigations have McBarron worried enough to consider taking such drastic action. In fact, our current observations show that McBarron has indeed built a barrier, of what appears to be corrugated metal, around his property – at what we are sure was great expense.

Of course, one wonders – if his operations are so lawful and above board, why is there a need to hide? It is concerning though that in his mind, he felt his only option was to build a barrier rather than actually improve the conditions at his lot. 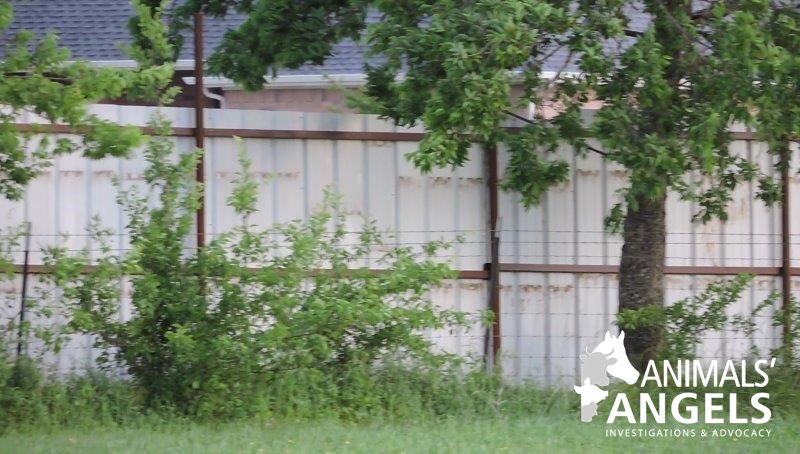 While this wall may give McBarron a sense of protection from the truth being exposed, this expenditure on his part was all for naught. Technology is such in this day and age that a metal privacy fence will not hamper our investigations into McBarron’s operations. We remain dedicated to uncovering cruelty and neglect wherever it might take place and an obstacle as insignificant as a fence will not deter AA’s investigations.