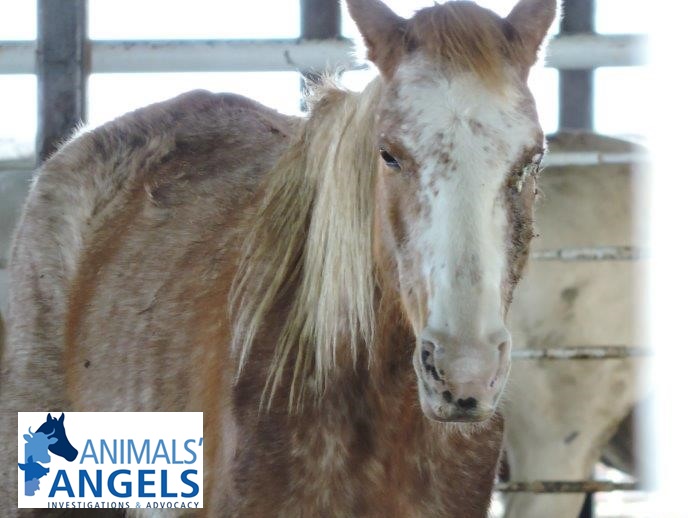 Animals’ Angels conducted our first investigation on kill buyer Mike McBarron almost a decade ago, back when he was the largest shipper of slaughter horses in Texas and one of the largest shippers of slaughter horses in the entire country. Operating a ruthless slaughter empire built on the suffering of innocent animals, McBarron callously used the profits he’d raked in over the years as a kill-buyer to support a lavish lifestyle that included a private ranch, expensive cars, a 23-foot boat, and an exclusive half-million-dollar lake front property.

But now, after ten years of advocating for the animals caught up in McBarron’s cruel operation, Animals’ Angels is happy to report that the flow of blood money Mike McBarron enjoys from his slaughter empire appears to be slowly drying up!

A Decade of Advocacy

Our efforts to advocate for the animals who suffer and die as a result of Mike McBarron’s inhumane practices started off as an initial undercover investigation before expanding into an extensive years-long research project. 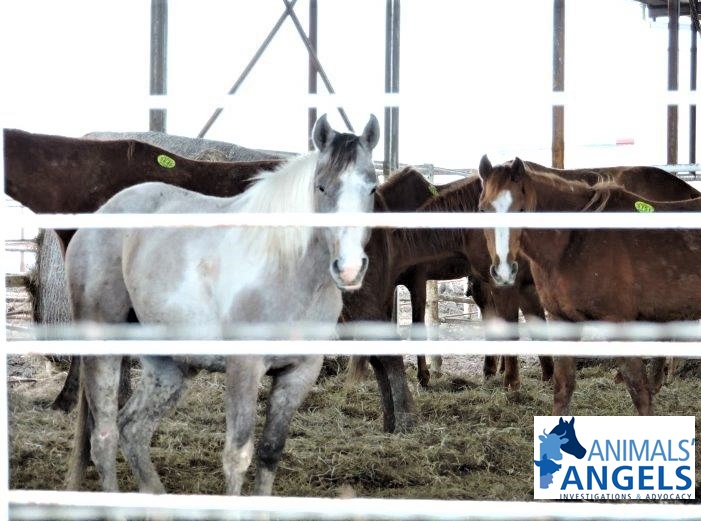 As a result of that research, Animals’ Angels produced an in-depth exposé in 2016 that focused on McBarron’s slaughter empire. The heartbreaking exposé revealed that horses on the kill buyer’s lot were often left to die alone, without any medical care as they suffered from horrific, untreated injuries, contagious diseases, environmental dangers, and potential violations of Texas Animal Health Commission regulations.

After our exposé was widely shared with the relevant authorities, as well as the public, the Texas Animal Health Commission took note and initiated several investigations, ultimately issuing fines to McBarron, who nevertheless kept up his inhumane practices. Then, as McBarron started to focus more heavily on his online horse brokering business, Animals’ Angels conducted an in-depth investigation into McBarron’s business that drew the attention of USA Today, prompting the article titled, “Racehorses to slaughter: It’s just a job to me”, which received nationwide attention. 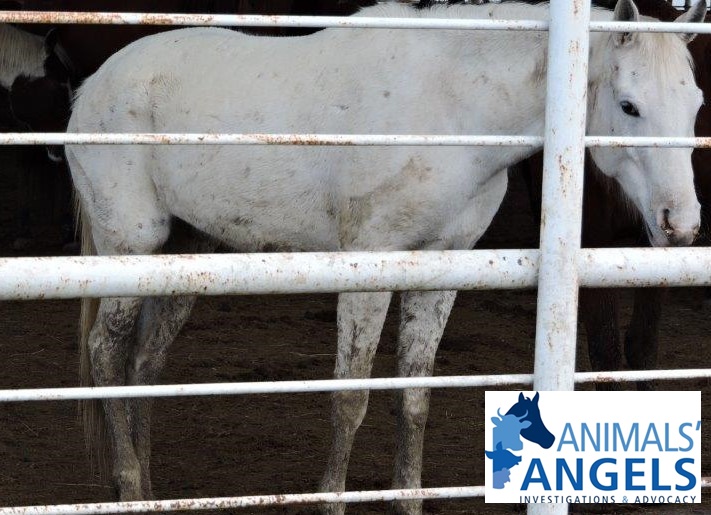 During this time Animals’ Angels was also advocating for the ultimately successful effort to convince the EU to place a ban on horse meat sourced from Mexico, as well as working to expose the role German dog food producers were playing within the slaughter industry. So, how did all our efforts pay off? That’s what we wanted to find out when we conducted our latest research.

The Decline of an Empire by the Numbers

It is important to know that in 2020, Mike McBarron, who used to ship and buy horses for M & M Livestock, an LLC operated by Arkansas kill buyers Mitch & Gregory Stanley, was taken to court by them for allegedly stealing $800,000.00 from the company. (The suit included allegations of breach of fiduciary duty, fraud, conspiracy, violations of the Texas Theft Liability Act). While the claims were dismissed, this fall out had to create a significant reduction in revenue for both parties.

Public documents of M&M Livestock shipments of slaughter horses across the border to Mexico reveal the following:

2018: 654 trailers full of slaughter horses shipped to Mexico at a total value of approximately $11 million.

2021 (first 6 months): 27 trailers full of slaughter horses shipped to Mexico at a total value of less than half a million dollars.

Enough About Numbers: What About the Animals?

While we are happy to see this staggering decline in revenue, our true concern remains with the animals and their well-being, which is why we sent our investigators on site to Mike McBarron’s feedlot to observe the condition of the animals in his care. 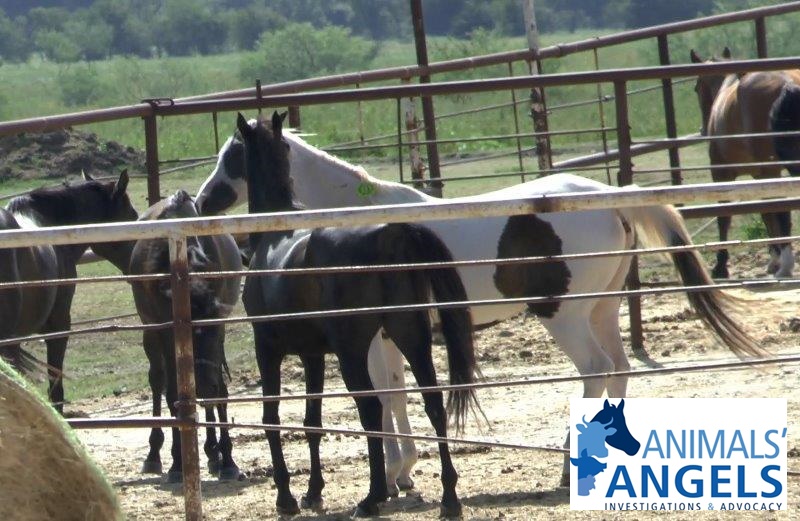 Animals’ Angels investigators were astonished when they arrived at McBarron’s lot and saw that the entire front pen area was empty and appeared to have been unused for quite a while. A total of only sixteen horses and two donkeys were observed on the entire property (there used to be hundreds of horses at any given time), and of the animals documented, only two seemed to be personal horses, while at least seven were identified as resale horses posted on Facebook (posted 9/13/21).

Our investigators were also surprised to see that all of the horses they observed appeared to be in good condition, with the exception of one thin mare who was standing alone in a pen without shelter. The mare was standing completely motionless, her head low, seemingly exhausted, and depressed. After observing the property for several hours, our investigators witnessed no activity and concluded the investigation.

An Industry in Decline?

While it is too soon to jump to conclusions and celebrate the demise of the McBarron slaughter empire just yet, it is reasonable to assume – given the fall-out between the former business partners with the rapid decline of M & M slaughter horse shipment and the conditions found at the McBarron feedlot - that our advocacy efforts have paid off and that McBarron’s horse slaughter business is in apparent decline.

We can also see from our industry research that the effects of the EU ban on horse meat sourced from Mexico, along with the decimated trade with German dog food producers, has taken a dramatic toll on all of the US suppliers of slaughter horses.

And the fact that there are now more online broker programs than the market can support tells us that the hay days of this business venture are also over. Going forward, we are cautiously optimistic that this industry decline continues. But in the meantime, as always, Animals’ Angels will continue to monitor industry developments and keep our supporters informed.