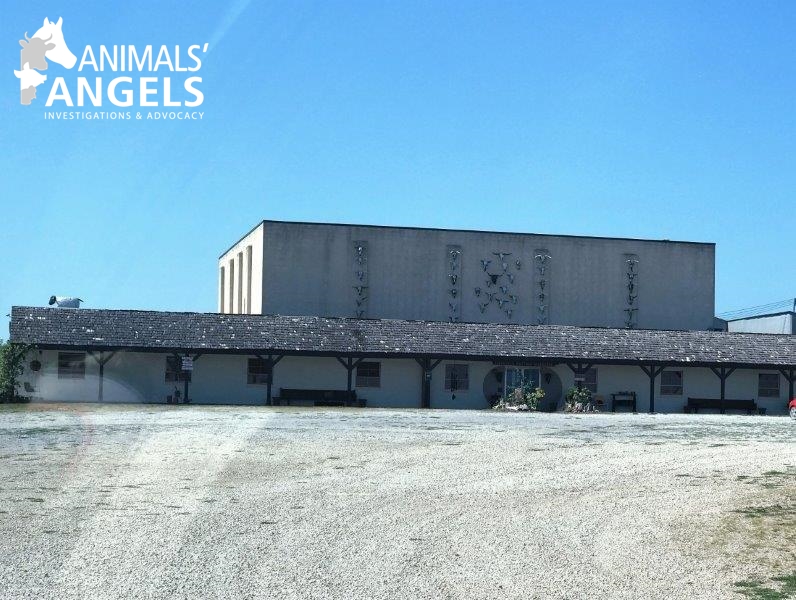 Investigators arrived at this sale on July 20, 2017, at 11:00 a.m.  It was a very hot day with temperatures around 98 degrees. Despite the hot summer temperatures, no fans were running in the pen area and no water was provided to most of the animals. However, an announcement was made that due to the severe temperatures buyers could keep their animals free of charge at the auction until after sundown and that water would be given to those animals.

The large animals were kept in a covered pen area overlooked by a catwalk. Investigators noted that there were 184 sheep/lambs, 41 pigs, 1 calf, a miniature horse, a donkey, a pony, and two riding horses. 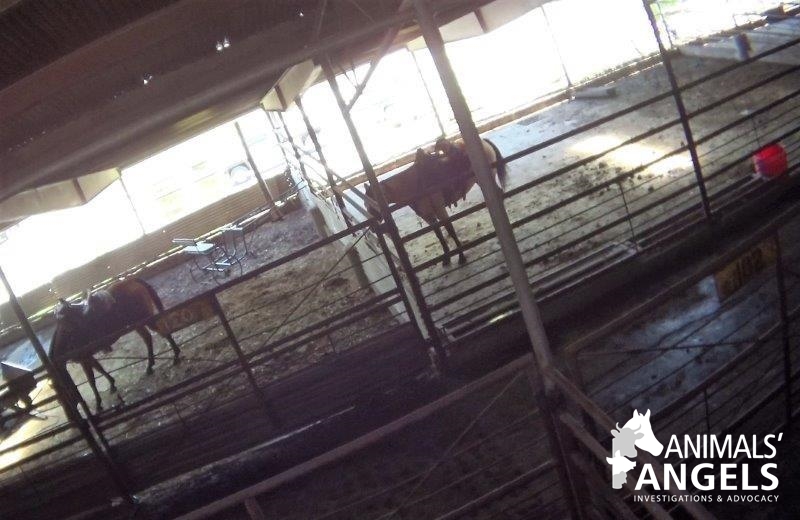 The small animals such as rabbits, guinea pigs, doves, pigeons, ducks, geese, and chickens were kept inside the auction ring itself.

The rabbits were housed in cardboard boxes (lids open) or wire cages. The birds were kept in wire cages that had wood flooring, except for a cage that held ducks who were forced to stand on bare wire. No water was provided to any of these animals and signs of heat stress was clearly observed. 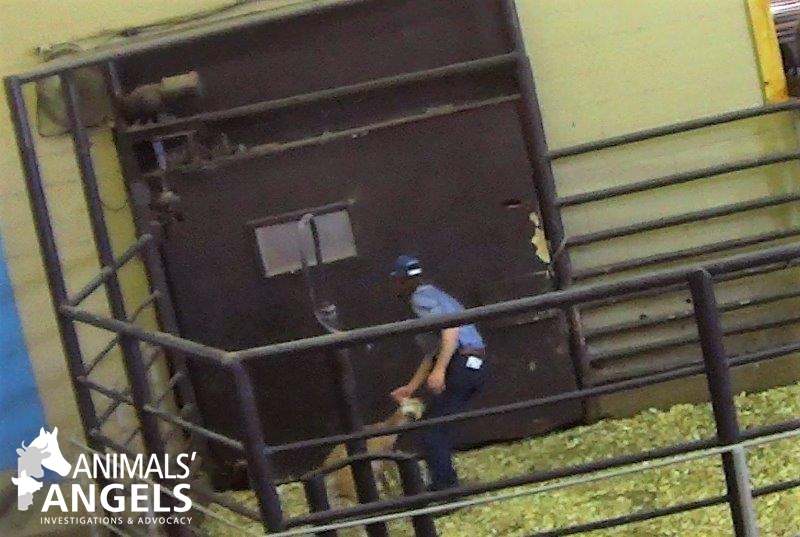 During the sale itself, investigators observed several minors between the ages of 10 to 13 working among the adults, moving the animals through the ring. Auction employees used sticks and flags to move the animals to the auction ring. Handling started out satisfactorily, however, as the day progressed and the temperatures climbed, the treatment became much less humane.

The employee working in the auction ring was observed moving goats and sheep by pulling and carrying them by their ears and heads. Several of the sheep and goats had leg injuries and were observed limping through the auction ring. 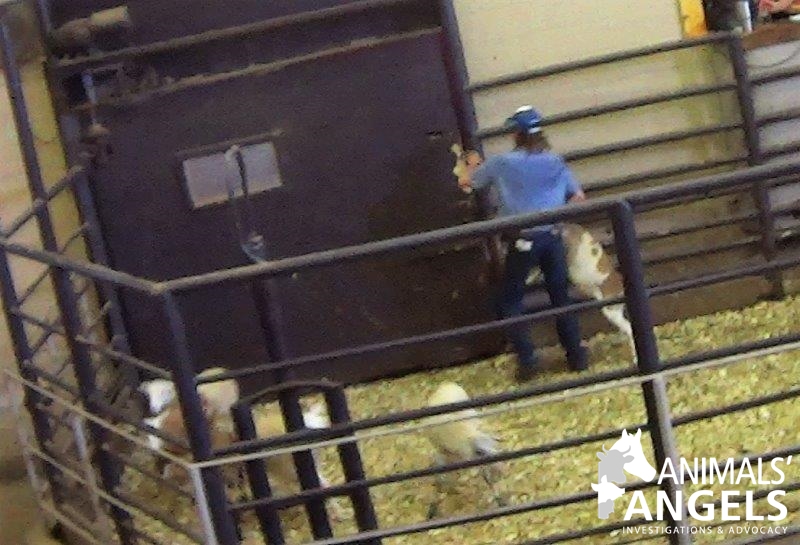 The horses and the donkey observed were in decent condition and all sold to private individuals.

Animals’ Angels will share these findings with auction management and strongly suggest much needed improvements such as access to water, fans in working condition to aid with cooling and ventilation for all the animals, and consistent humane handling.