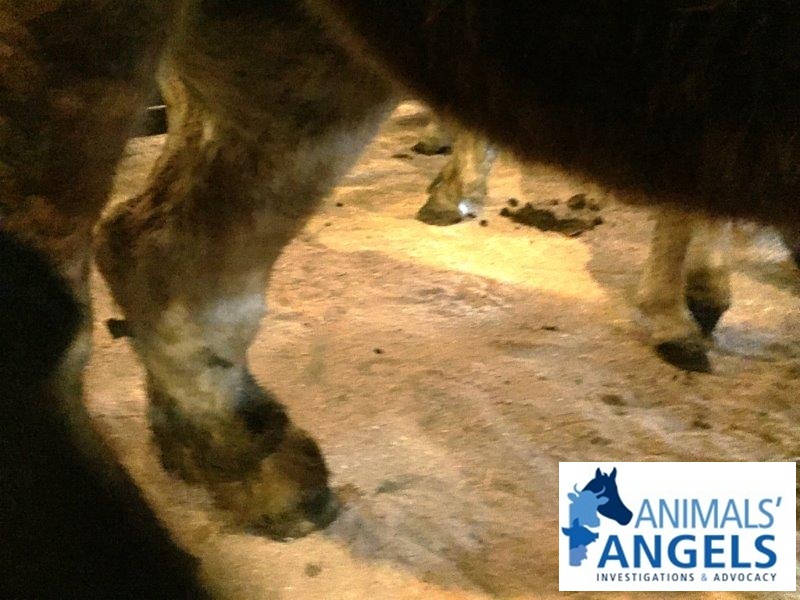 The Middleburg Horse Auction is a monthly horse sale with a large Amish and Mennonite attendance. When investigators arrived at 10:00 a.m., despite the frigid temps of 18 degrees and accompanying 23mph winds which drove the wind-chill factor down even further, several Amish and Mennonite drivers were seen rigorously test driving the horses in the parking lot similar to those observed at other auctions.

As investigators made their way inside the barn, they noted approximately 100 horses as well as several ponies, mules, minis, and donkeys.  Standardbred driving horses were observed in small individual pens tied in such a way as to have no room to move. As usual, the slaughter prospects were held in the darkest area of the barn with 5 to 8 horses tied together in one pen. It was nearly impossible to see the conditions of the animals due to the lack of light in the area where they were contained.  However, investigators were able to note the following:  an emaciated grey work horse with tag #861 whose spine and ribs were clearly visible; an emaciated chestnut Standardbred whose spine and ribs were also clearly visible; a Belgian Draft with tag #909 who had a severely swollen left hind leg. In addition, there was again no food or water available for the animals. 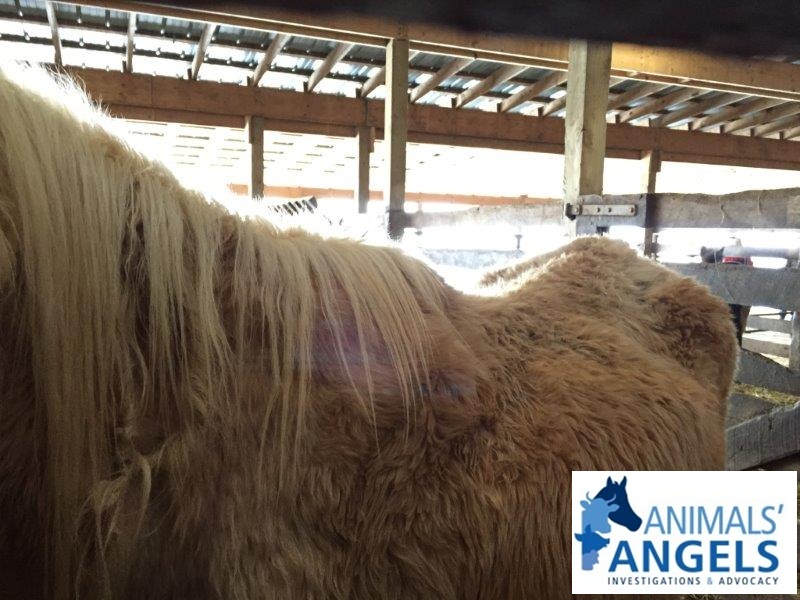 The sale started at 11:35 a.m. with the work and riding horses.  Kill buyers Bruce Rotz, Brian Moore, and horse traders Chucky Beam and Charlie DeHart were present – standing in the auction ring.  The prices were all as usual with no difference from last year:  $175- $750 for “fleshy” animals. Chucky bought most of the “cheap” horses that no one else wanted, paying $25 to $215 for them.  He also bought the Belgian Draft with the swollen left hind leg for $25, two small donkeys for $60 each, and the grey emaciated horse with tag # 861. Charlie Dehart was trying to sell some driving/riding horses he had apparently picked up the week before, but could not get what he wanted for them and therefore “no-saled” them.

The slaughter prospects went through the ring at a very fast pace without any comments from the auctioneer other than “signed papers” or “as is,” and a visitor was overheard complaining to the auctioneer: “Tell us something about these horses!  How are we supposed to bid without any info?” 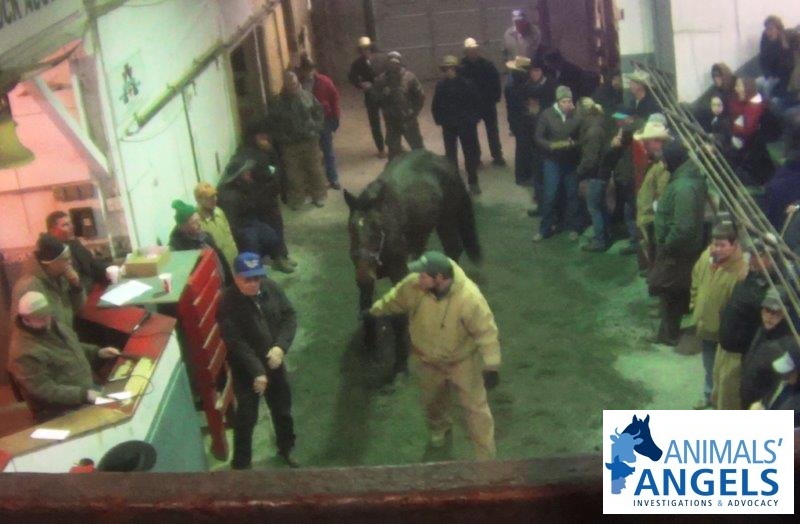 The sale ended at 1:40 p.m.  The horses for Rotz and Moore were herded into large pens.  At 3:17 p.m., Moore’s maroon colored semi backed up to the loading ramp and started loading. Several people loaded for him. The process was quite rough with people kicking the horses with their feet to make them go into the trailer. The loading finished at 3:45 p.m. Rotz had left the sale hours earlier in his pick-up truck. No large semi arrived during our time of observation, indicating that he had left the horses at the auction overnight to be picked up the next day, a typical course of action. We will continue to monitor this sale. 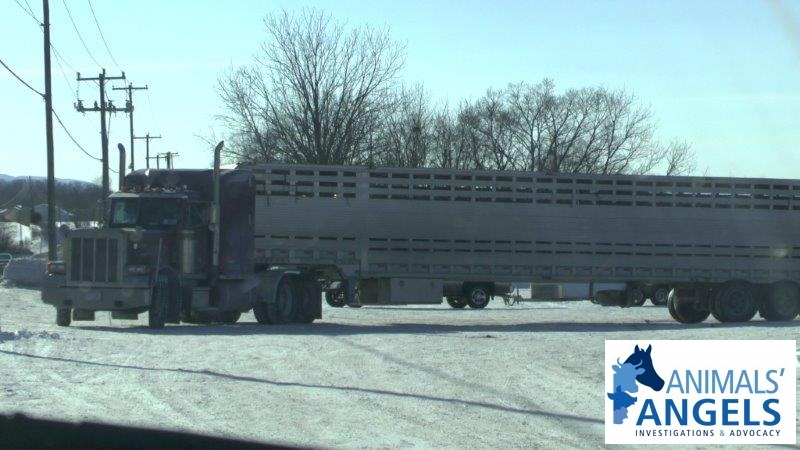