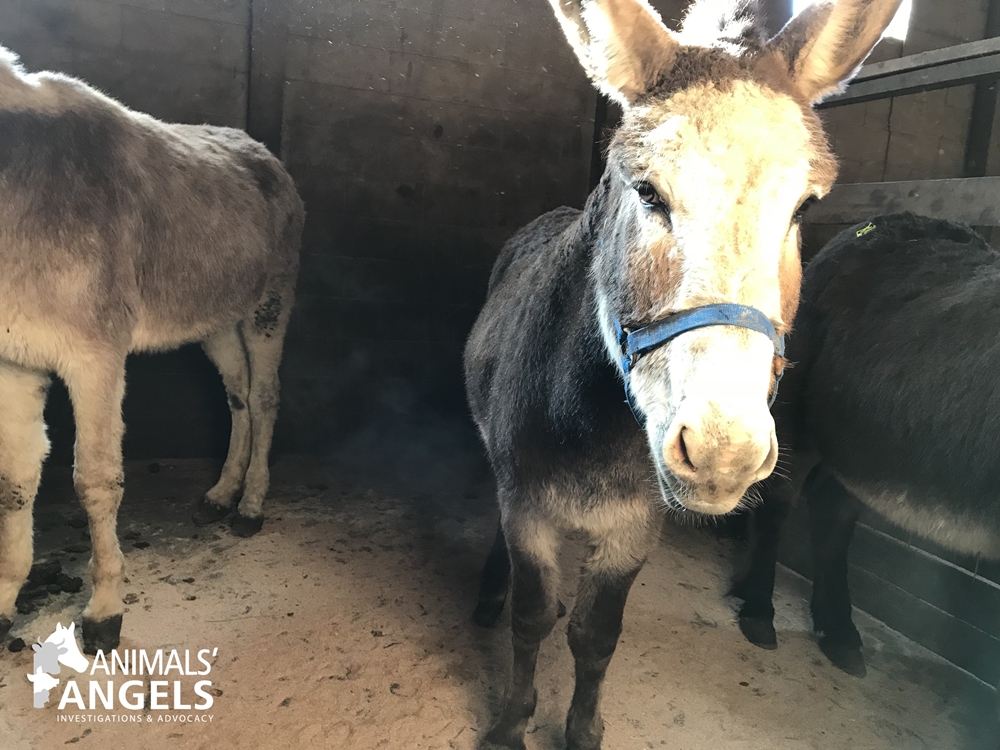 Investigators arrived at this monthly horse sale at 9:00 am. It was quite a busy sale day and there were approximately 65 horses, 9 minis, and 3 donkeys in the barn waiting to be sold. The semis belonging to kill buyers Bruce Rotz and Brian Moore were parked at the side of the barn. Horse trader Charles Fisher, who was convicted of animal cruelty in 2014, was also present, having brought his semi with a large, canvas-topped stock trailer.

To the investigators’ surprise, long-time horse trader and former kill buyer, Arlow Kiehl from Watertown, NY, was present as well. Kiehl also has a cruelty conviction, having been found guilty of selling a disabled horse that was in severe distress at the New Holland auction a few years ago. 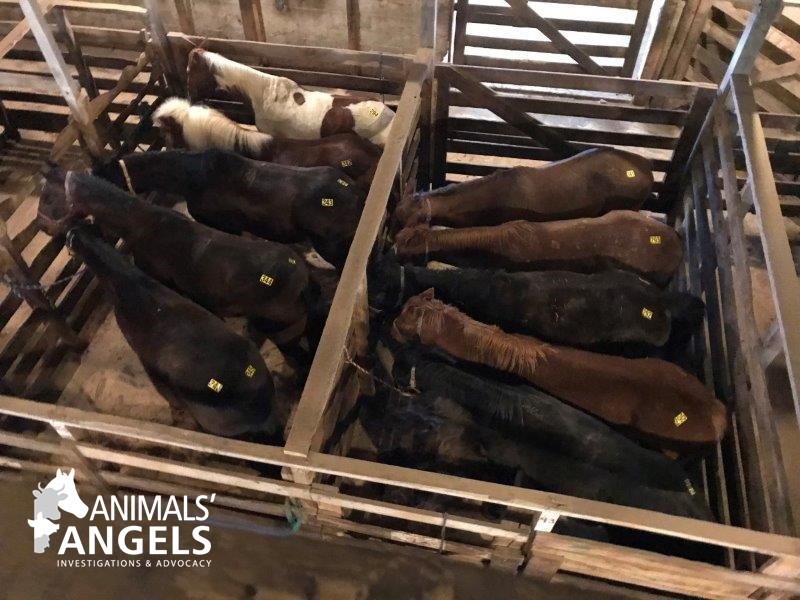 Inside the pen area were a few riding horses, several Amish buggy horses, 4 Belgium draft work horses and one Percheron. The majority of the animals were selling as “loose” and “as is.” As has been observed on numerous occasions previous, the loose horses were kept in small, dark pens, tied to the railing without access to hay or water.

Our investigators were drawn to three pens in particular, as the horses inside were in poor, neglected condition. Several horses were very thin (BCS 2-3), one had a fresh fetlock joint injury, and one had several cancerous looking growths covering his body. All of them had matted, filthy coats, burs in their tail and/or mane, and cracked hooves. The sale tag numbers were all in the same number range, therefore it is likely that all those animals had been brought in by the same individual. 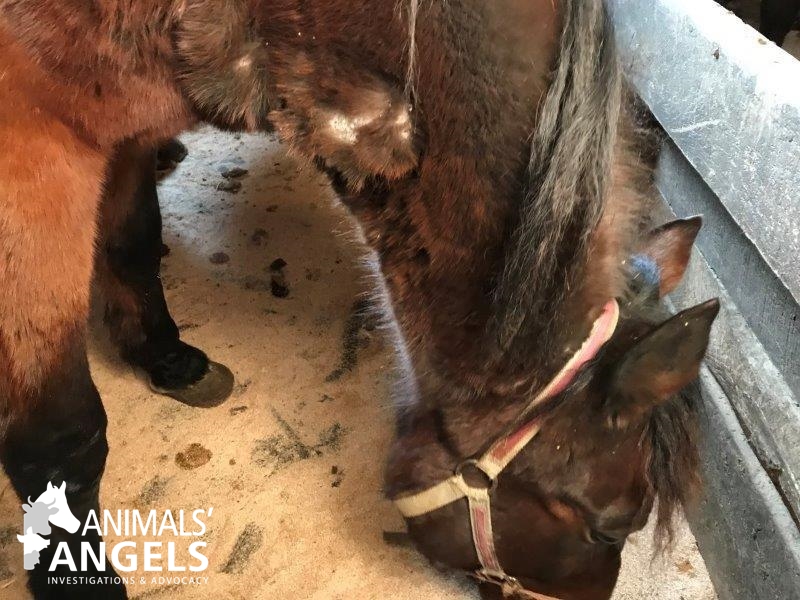 After documenting the condition of the horses, our investigators monitored the sale, which started late at 11:30 am. As the sale took place, all the kill buyers stood inside the auction ring, right in front of the auctioneer.

Bruce Rotz, bidding with number 308, aggressively bid on practically every horse, occupying the auctioneer’s attention to such a degree that Brian Moore angrily joked with the auctioneer: “Do you have any other buyers here?”

It was interesting to note that Brian Moore steered clear of horses in the $200-$300 range, but battled Rotz fiercely for any pretty, well fed horse in the $500-$800 range. This could be an indication that Moore is buying strictly for his broker program and is no longer shipping horses to slaughter in Canada – a theory that is also supported by the fact that the plant Moore previously delivered to is now closed and further, that there are no owner/shipper papers available in Moore’s name. 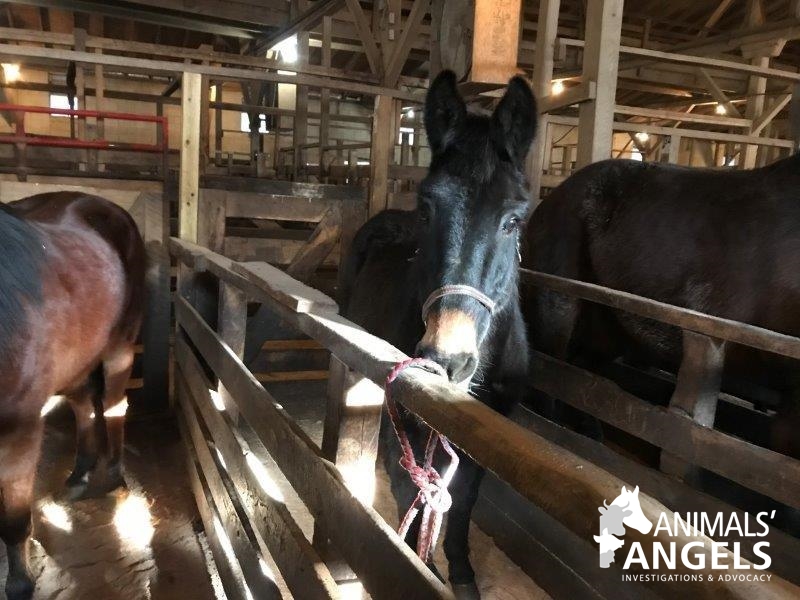 Both buyers appeared eager to secure enough broker program horses, even outbidding private individuals and paying as much as $325 for a nice-looking mini and $525 for a Haflinger stud.

When the three pens of neglected horses were moved through the ring, it became apparent that Arlow Kiehl knew a lot about these horses, making specific comments like: “the sorrel mare rides,” etc. It is very likely that Kiehl was the one who brought these horses to Middleburg, probably after acquiring them cheap from some backyard breeder ready to dump his stock. 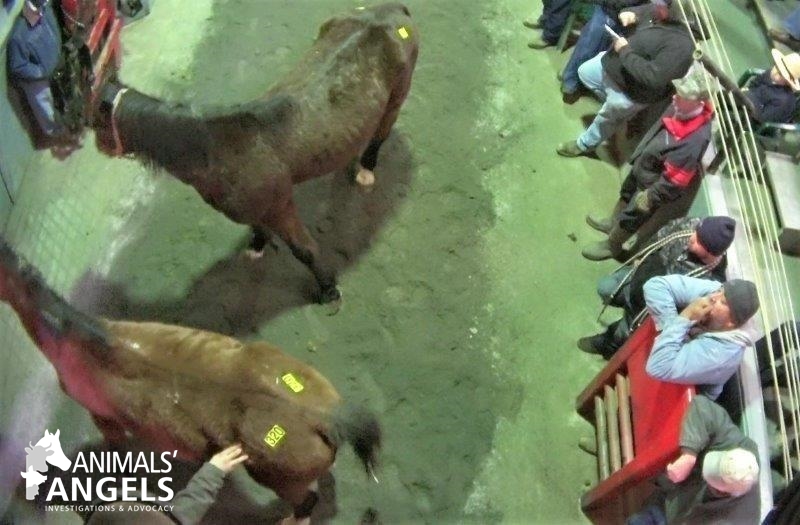 The sale ended at 1:20 pm. Rotz was the first one to load and had his semi already backed up to the loading ramp. Although investigators monitored the area after the sale, there was no further significant activity.

AA will continue to monitor this slaughter sale and as always, report all violations to appropriate enforcement agencies.