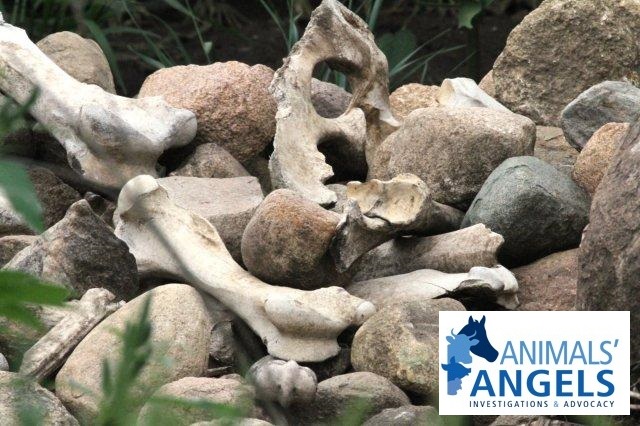 (Temperature 81º) (Horses held to be transported and slaughtered)

Scott Kurtenbach, dba: Kurtenbach Livestock. (Since 2004) He’s now one of the largest kill buyers of the Midwest, shipping thousands of horses per year to be slaughtered.

He is one of the more severe offenders: Kurtenbach was ordered to pay fines of $7,500. His violations include shipping horses: 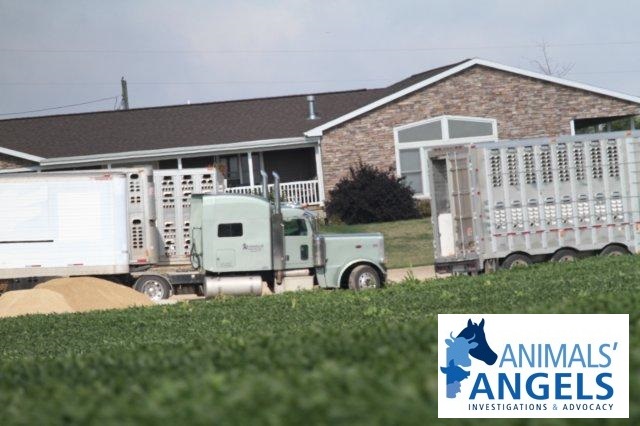 By the barn was a pen area/dry lot containing at least 120 horses. At the rear of the pen, round bales of hay were piled up. Several of the pens were very overcrowded, with barely any standing room for the animals because they could hardly move around. Multiple horses had auction tags still attached. One pen contained a donkey. Several horses were thin.

Right next to the premises, investigators found what appeared to be piles of horse bones.

4:45 p.m. ANS truck connected to the O’Rourke trailer left the premises without any horses on board. There was no more activity after that.

August 10th When investigators returned the white Kurtenbach truck and trailer, had just pulled into the premises. A blue semi with boarded up double deck-trailer was parked next to the barn. There was a lot of activity, trucks coming and going and horses were being moved.

Action: His activities need to be aggressively monitored. Kurtenbach has not slowed down shipping horses to slaughter!