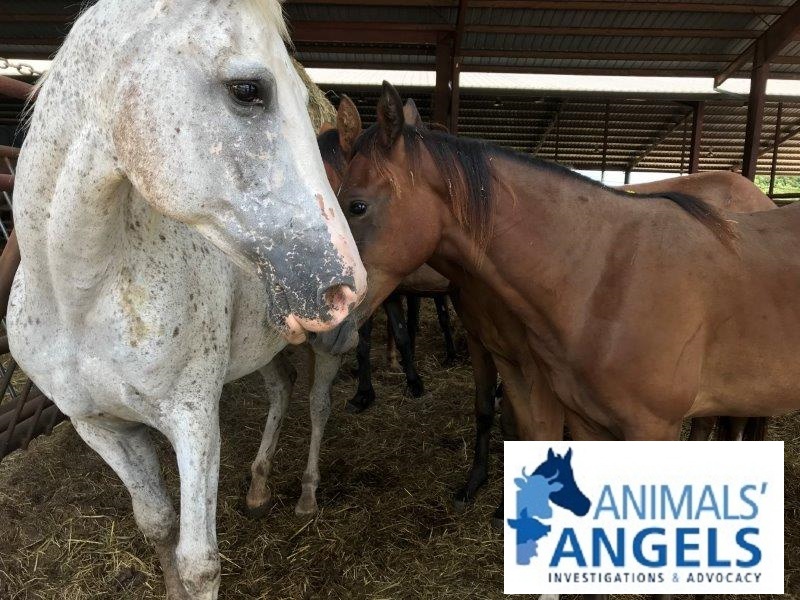 Animals’ Angels investigators returned once again to the large horse auction in Knoxville, TN. The auction has a long history of accepting horses that are sick, injured and severely emaciated. Animals’ Angels continues to monitor the sale and has filed countless complaints with local law enforcement and federal authorities regarding the animal cruelty and neglect observed at this location. The majority of the horses offered for sale are slaughter prospects and several large scale kill buyers such as Jason Sexton, the Stanley Brothers and Mike McBarron frequent the auction on a regular basis. In fact, auction owner Jason Bailey himself has a well-documented history of shipping horses to slaughter in Mexico via the Eagle Pass export pen. 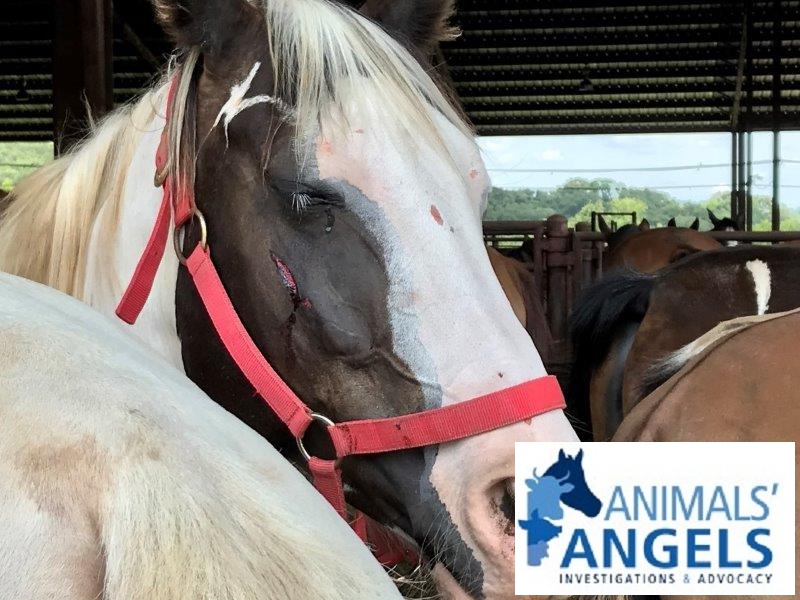 Inside the pen area many of the horses were in extremely poor condition. There were countless emaciated horses, horses with open sores/superficial wounds, eye infections and potential strangles infections. A lot of the horses seemed unhandled and not used to human contact with matted coats, overgrown hooves and tangled manes. Several horses seemed to be exhausted/sick, as they were standing motionless in the crowded pen with eyes closed and heads hanging low. The same veterinarian was present to check the horses in and draw blood for the Coggins test. The horses were heard kicking the metal sides of the chute in panic as workers used their whips to move them forward.

Next to one of the “slaughter prospect” pens, was a beautiful, black Frisian in a pen by himself. He was thin, but otherwise a gorgeous horse and a lot of auction visitors inquired about him. However, the horse did not go through the sale. He was owned by kill buyer Jason Sexton, who offered him on his Facebook broker program that day, using the incentive that the horse was at the Knoxville sale. He was sold shortly thereafter via the online program for the staggering asking price of $2,500. Like so many others, Sexton, who is still shipping horses to Mexico for slaughter, is taking advantage of the flourishing online market and has multiplied his revenue exponentially. It appears that he has very strong ties to the Knoxville auction, as he was filling in as an auctioneer for a while and also is keeping some of the horses offered on his Facebook page in the auction’s pens. 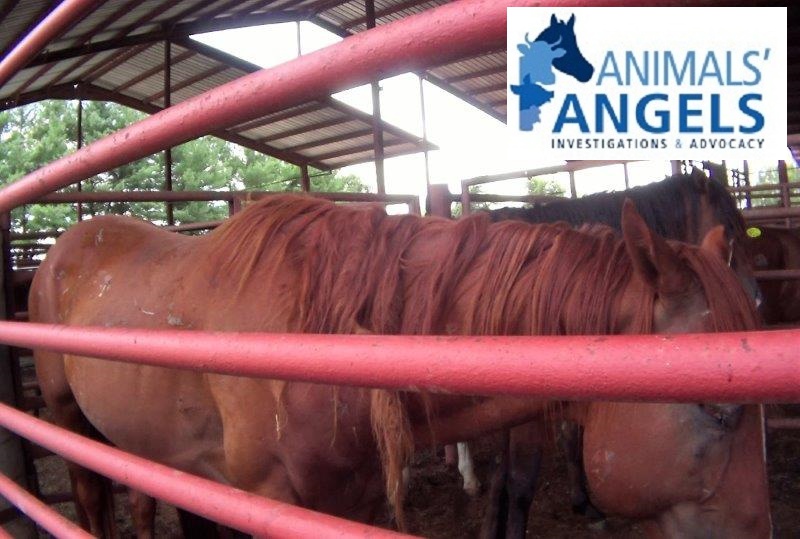 Prior to sale time, auction workers moved the horses closer to the auction ring in large groups, using their whips to push the animals forward. Many of the horses were extremely agitated and a lot of fighting, kicking and slipping was observed. The sale started at 4:00pm with the riding horses, followed by the “loose” horses at 6:10pm. Jason Sexton and Terry Blair were the only two kill buyers, battling over each horse. Horse traders Willi Rudd and Danny Rice were also present. Several Thoroughbred colts were moved trough the ring, they sold for between $375.00 and $450.00. Sexton picked up a 2009 Thoroughbred gelding with track earnings of $81,000 for $600 and a very skittish mare with her foal for $375. A group of thin former riding camp horses that had been dumped at the sale also went through the ring and sold in minutes. 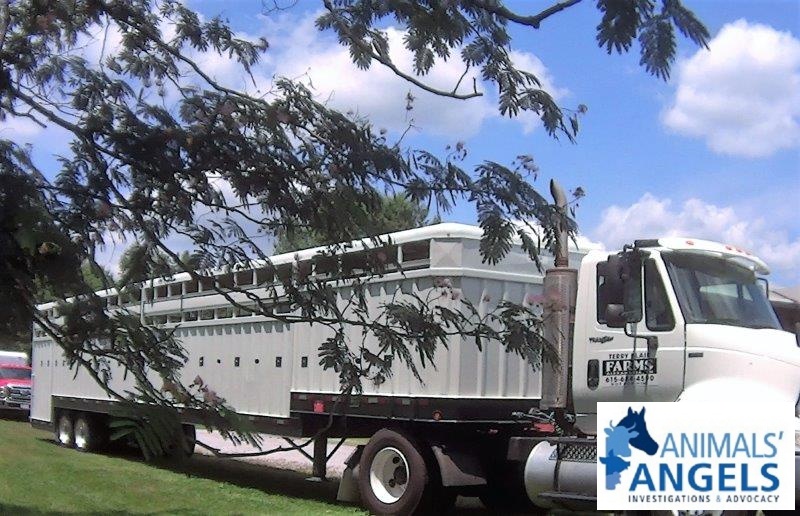 The sale ended at 7:30pm. Animals’ Angels will continue to monitor this facility and report any violations observed to the authorities in charge until the auction agrees to improve the poor conditions & handling at their sale.