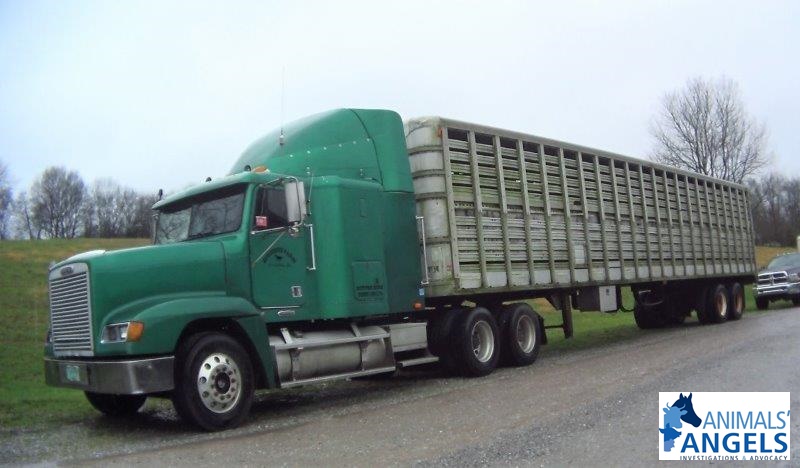 Upon pulling into the facility, investigators noticed that the black semitruck of former Pennsylvania kill buyer Brian Moore was backed up to the loading ramp. Moore, who now operates a broker program via Facebook, was likely at the auction to buy cheap horses and re-sell them to well-meaning individuals at inflated prices. Investigators also recognized a truck belonging to Terry Blair, a long-time kill buyer who ships horses to Raul Benavides’ facility in Eagle Pass for slaughter in Mexico.

Investigators then entered the muddy pen area. Water was pouring through holes in the roof, causing many of the pens to flood and creating environmentally destructive wastewater run-off. Despite the fact that a sufficient number of pens had access to hay and water, many horses were being held in areas where they could not access the food—and these horses were seen attempting to drink from puddles of rain on the manure-covered floor. 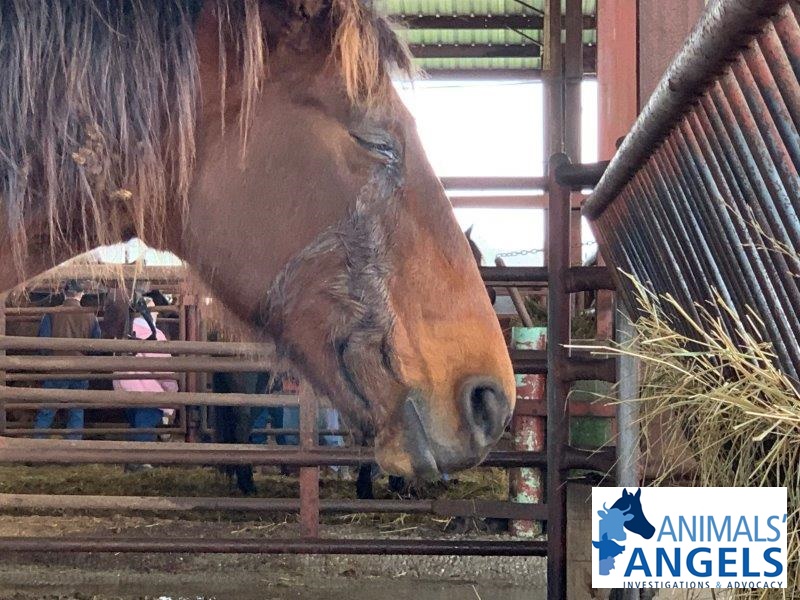 As expected, given the conditions, the Knoxville Auction horses were suffering from numerous health concerns. Some of the most disturbing observations include:

A neglected Paint Horse was seen feverishly sweating and shivering, with yellow discharge dripping from his nostrils. The sick animal was not separated from the other horses; instead he was in a pen with a large group of other slaughter prospects, and several were also coughing and sneezing. The symptoms are suggestive of a highly contagious Strangles infection.

A large, but emaciated, Belgium Draft Horse appeared very weak and swaying back and forth. At one point, he fell to the ground and tried to lay down inside the crowded pen, but an auction worker forced him to stand.

An older grey mare stood motionless inside a packed pen, with injuries around both of her eyes. In another pen, a chestnut mare exhibited wounds across her face and a significantly damaged left eye. Throughout the pens, investigators noted many cases of emaciation, overgrown hooves, and recent and old scaring, including the traces of halter imprints.

As usual, the auction veterinarian accepted all of the above animals for sale, despite their sickness and suffering—his only concern was sampling the horses’ blood for Coggins Testing. 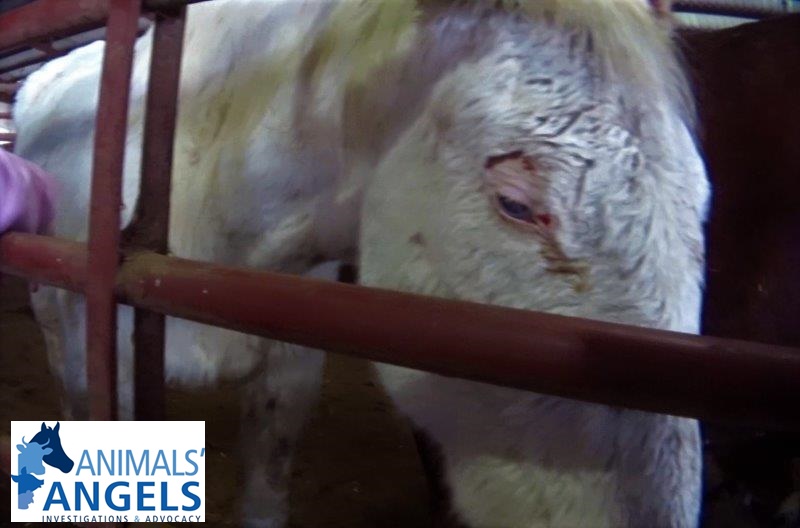 The horse sale began after the tack sale at 4:00 pm. As expected, Blair and Moore were both bidding, with Moore seeming to prefer the “prettier” horses with potential resale value.

This latest Knoxville Auction investigation again revealed multiple areas of concern and confirms that the facility continues to accept injured, emaciated, and sickly horses. Animals’ Angels will continue to expose the horrific conditions at this sale until the auction horses are treated with the care they deserve.