Animals’ Angels first investigated the Knoxville Auction in Tennessee back in 2012, when they were still holding two horse auctions a month and selling 350+ horses at each auction. Our recent investigation in January 2020 shows they’ve now scaled back to just one auction a month, and that the overall number of horses sold also has been steadily declining in the last few years. While our investigators were glad to note the decrease in sales, they were saddened to discover that the deplorable condition of the horses at the auction has not improved. 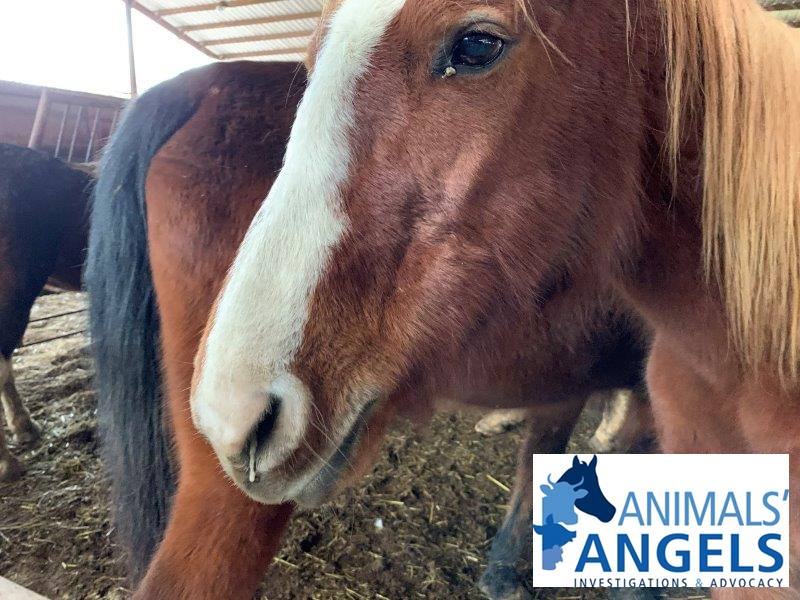 Our team arrived at the Knoxville Auction on a cloudy January afternoon; it appeared to be a slow day, despite the new once-a-month schedule. Many of the large pens in the back that had previously been used to hold loose horses were empty or were holding cattle for the livestock sale. Walking through the pen area, our investigators immediately noticed the pitiful condition of the majority of horses up for sale. Many horses were visibly sick, and some displayed symptoms indicative of the highly contagious Strangles disease, including coughing, feverish eyes, and yellow pus running from their nostrils. As observed in past investigations, the auction didn’t segregate the horses showing signs of illness from the other horses, allowing them all to mix together. 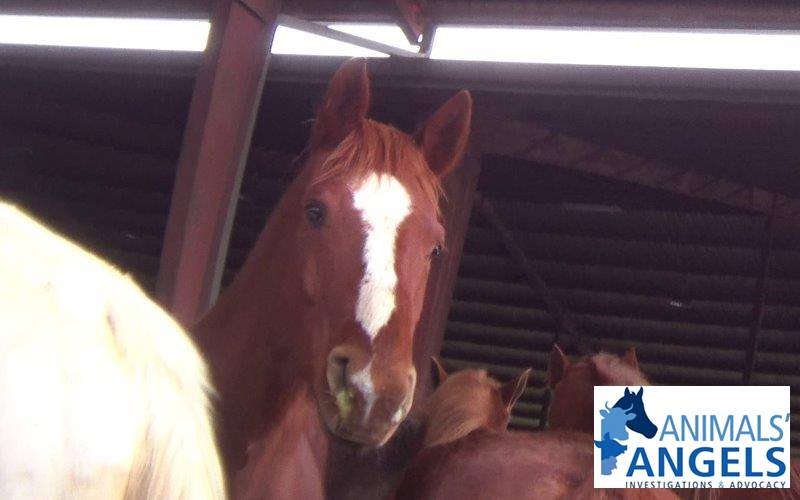 Many of the emaciated horses appeared to have been rounded up after years of neglect and exposure to the elements. Their manes were covered in burrs, their coats were stiff from dirt, their hooves were overgrown or curled up, and some were reduced to limping around the pens. Our team was heartbroken to see that most of the horses were extremely afraid and were sticking together in the pens trying to comfort each other. Unfortunately, their pitiful condition, caused by the neglectful owners who had decided to callously dump them at the auction, meant that most likely only very few of these poor horses would be able to find any buyer other than a kill buyer. 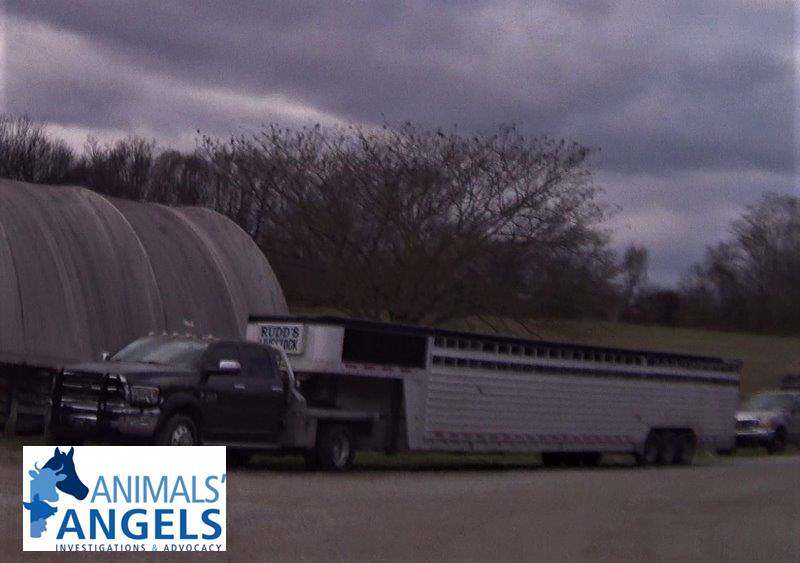 Angered by the blatant disregard for the horses’ well-being and hoping to find out why so many horses in such poor condition had ended up at the sale that day, our investigators talked to a local trader who stated that most of the “thin ones” had been brought in from Kentucky. After further observation, it was clear that he was right. Many of the trucks and trailers parked in the lot had Kentucky plates. Among them was the 40+ foot stock trailer of horse trader Rudd’s Livestock, along with Tennessee kill buyer Jason Sexton’s truck & single deck trailer. Rudd’s truck did not have a DOT number displayed. 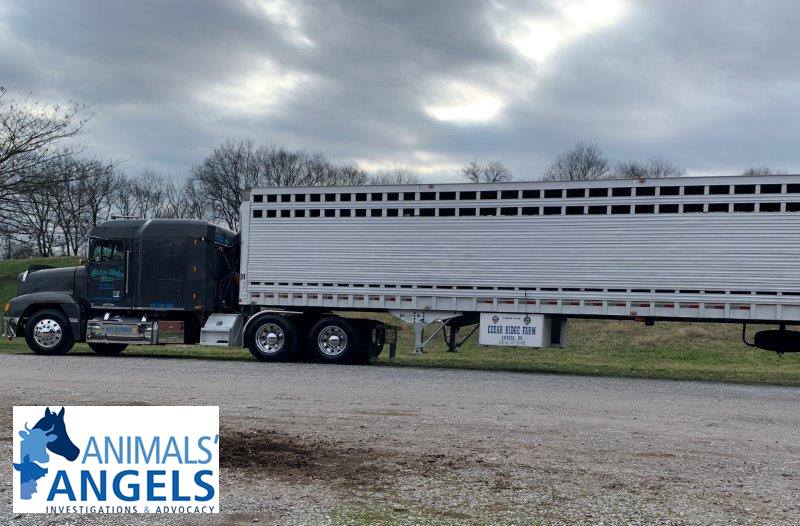 Later in the afternoon, a blue truck and single deck trailer from Louisa, Virginia pulled into the lot. The truck was owned by Cedar Ridge Farm, who is known to buy horses for slaughter and to resell horses at the New Holland Auction in Pennsylvania. As our investigators made their way up to the front, they saw that even several of the riding horses in the front pens appeared to be sick or were in otherwise poor condition. Auction visitors could be overheard commenting on the poor quality of the horses at the sale, saying that “one couldn’t bring a good horse there anymore.”

Our investigators saw that the auction once again carelessly failed to divide the horses arriving at the auction into different pens in a timely manner, causing the check-in pen to quickly become overcrowded. The auction’s total lack of concern for the animals’ welfare was obvious as the agitated horses began kicking and biting each other and the auction personnel stood by and watched.

However, all the commotion didn’t stop the sale to start on time at 4:00pm. All of the large buyers secured enough horses to fill up their trailers and most of them loaded immediately after the sale concluded.

While we’re glad that the number of horses sold at the Knoxville Auction appears to have declined in recent years, we’re also still very concerned about the condition of the horses they sell. Animals’ Angels will continue to monitor the Knoxville Auction and will report all violations and kill buyer activity to appropriate enforcement agencies.