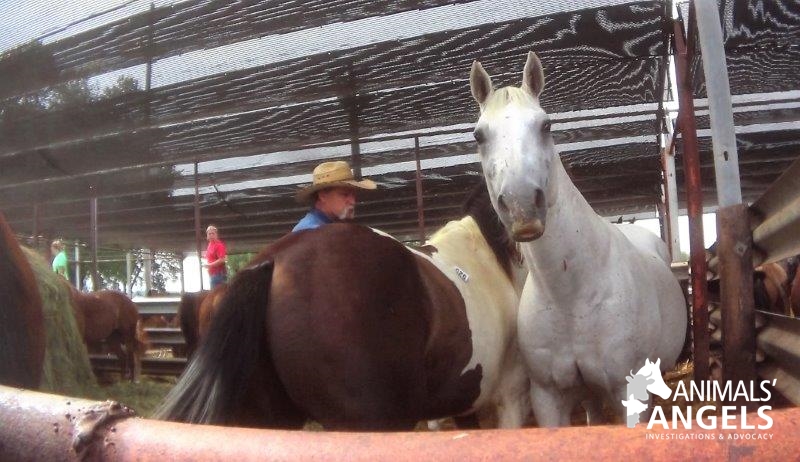 Investigators returned to the Kalona Horse Auction to determine if conditions had changed since our last visit in 2013.  Upon arrival at 8:30 a.m., the temperature had already reached 79◦ F, and it was immediately clear that the sale was going to be a very busy one. 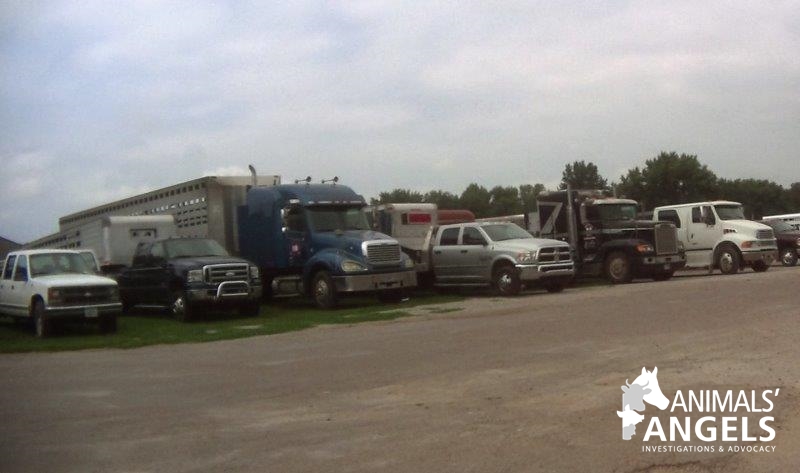 Keith Tongen is also a long term, large scale kill buyer, who transports slaughter horses bought at the Kalona Auction all the way to the Viande Richelieu plant in Quebec.

A long line of horse trailers was seen waiting at the loading ramp to unload. As employees called out either “rider” or “kill” for each animal, the horses were unloaded and divided into different pens. 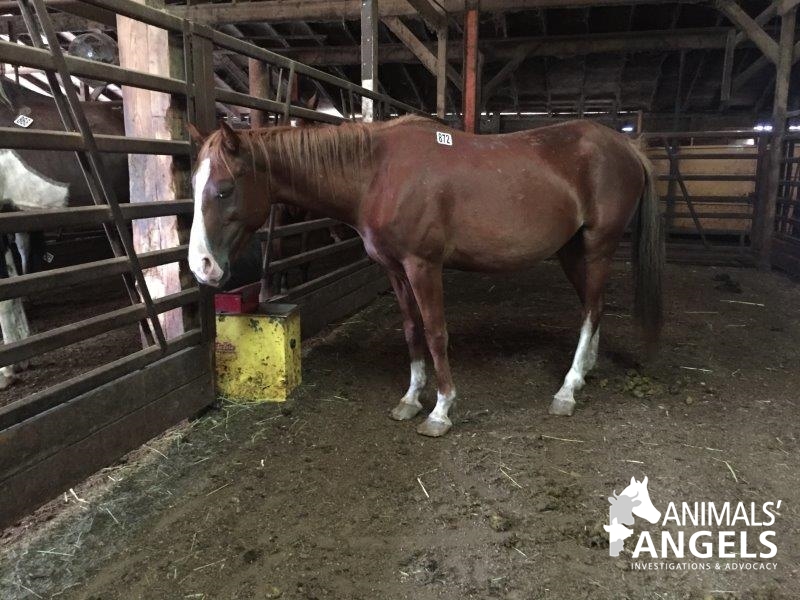 Investigators noticed that the outside pens had new shelter in place and the horses had been provided with hay and water. However, the pens were extremely full and crowded. There were approximately 350 kill pen horses, mainly Quarter horses and Standardbreds.

The inside barns were also overcrowded with horses with a great number of drafts, Standardbreds, and a few ponies and minis.

Among other conditions observed by our investigators, the following issues were of concern:

The true face of slaughter was found inside the kill pen as investigators saw a horse with a handwritten note attached to its hip and a braided tail.  The note read “Hank” in what was obviously a child’s hand – an apparent attempt to attract a private buyer.  Sadly, Hank was later bought by one of the kill buyers. 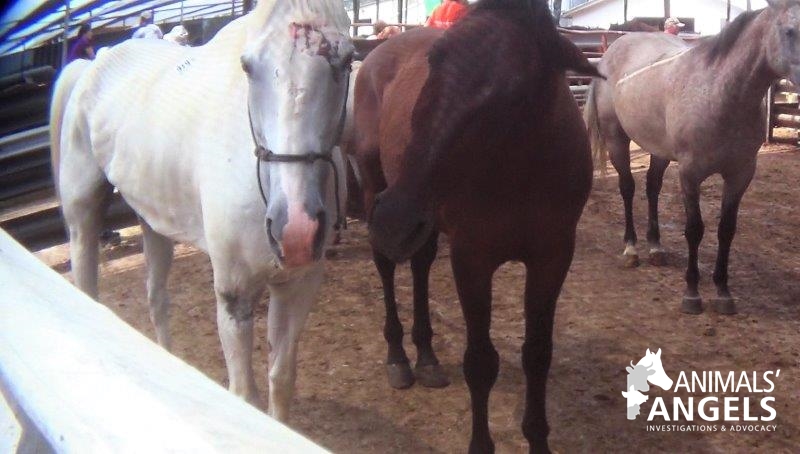 At 3:45 p.m., the kill pen horses were moved from the outside pens to an area closer to the auction ring. Auction employees used whips and sticks to push them forward in large groups which made the horses extremely agitated.

The loose horse sale started late at 5:20 p.m.  The Drafts sold first, then three pens of ponies and minis, then all of the other “kill” horses.  The kill horses were moved through a narrow chute with a heavy hydraulic gate at the end which separated the horses prior to them entering the auction ring. Auction employees moved the horses in groups of 4 to 5 into the chute where nearly all of the horses panicked and struggled, desperately trying to fight being moved closer to the hydraulic gate. 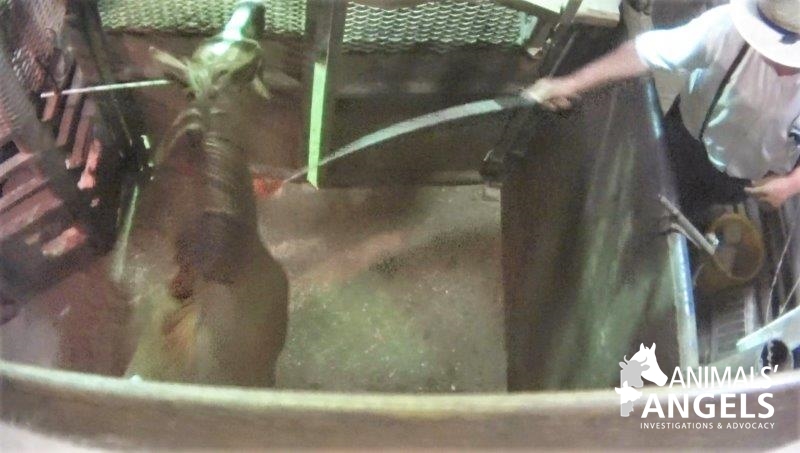 In an effort to drive them forward, employees hit the animals across their face and heads with force, all while using loud, derogatory language like “one eyed son of a bitch” or “stupid bitch, get in there.”  Several horses crashed into the gate with full force while others were crushed by the gate as they tried to follow another horse into the ring. It was complete mayhem.

It should be noted that riding horses were sold in a different auction ring than the kill horses. And while the auctioneer took a long time to advertise each riding horse, the kill pen horses sold in seconds.

Prices ranged from $200 -$800, depending on the weight and overall condition of the horse sold. Investigators noticed that all of the kill buyers sat next to each other in the front row near the auction ring. 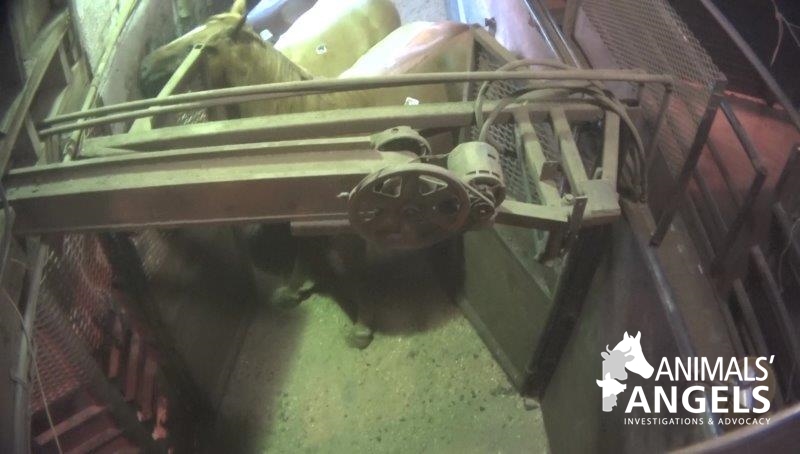 The horse sale was over by 7:15 p.m. At that time, approximately 90 horses were moved back to the outside pens.

Although Duncan Farms, Kurtenbach, and Tongen loaded and left after the sale, Ryan’s 4R Ranch trailer did not move.

When investigators returned the next day at 8:00 a.m., the horses that had been returned to the outside pens were still there. However, several of them now had slaughter tags attached to their hips.

At 10:08 a.m., the trailer belonging Ryan’s 4R Ranch from Kentucky backed up to the loading ramp and loaded one pen of horses.  He left at 10:20 a.m. and started heading south. 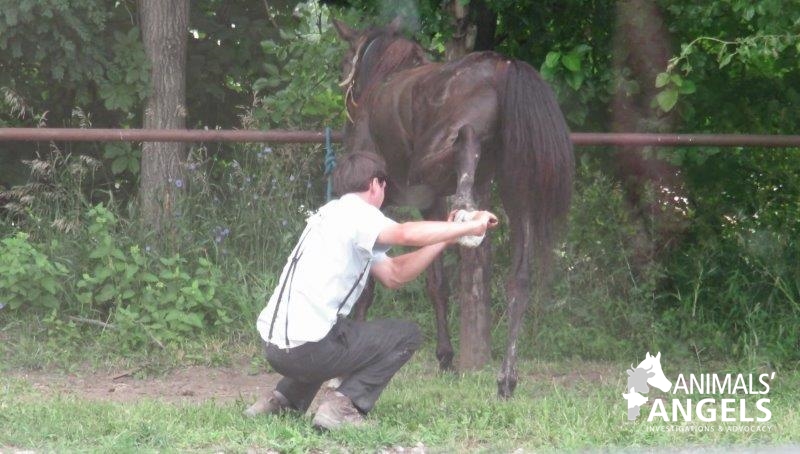 A truck belonging to large scale kill buyer George Baker from Stroud, OK arrived at 1:04 p.m. and immediately backed up to the loading ramp. After a wait of 20 minutes, the driver started loading horses, then quickly left the auction with a full load, also heading south.

Although investigators remained in place for quite some time, there was no more activity. Approximately 35 horses remained in the outside pens. These horses were likely scheduled for pick-up the next day or during the night.

AA will continue to monitor this slaughter auction and among other things, urge Iowa authorities to restrict the use of the hydraulic gate to segregate horses, as this is cruel and inhumane.

To read our newsletter on this investigation, please go here.

To watch exclusive video from this investigation, please go here.