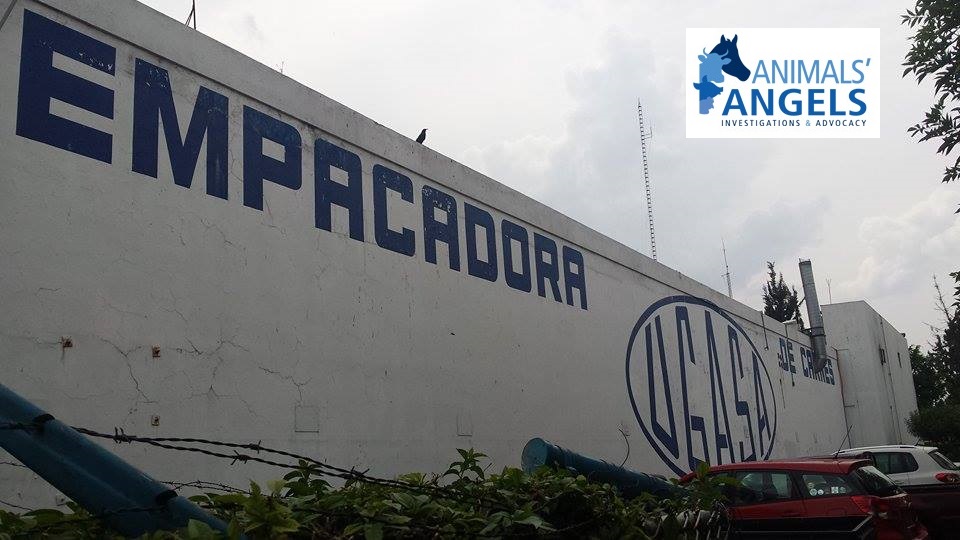 In order to differentiate fact from speculation, Animals’ Angels sent an investigative team to Mexico to visit several of the horse slaughter plants previously approved by the EU Commission. Our goal was to observe the current activity at these plants and monitor delivery as well as production to determine what changes have occurred since the EU Ban has taken effect. 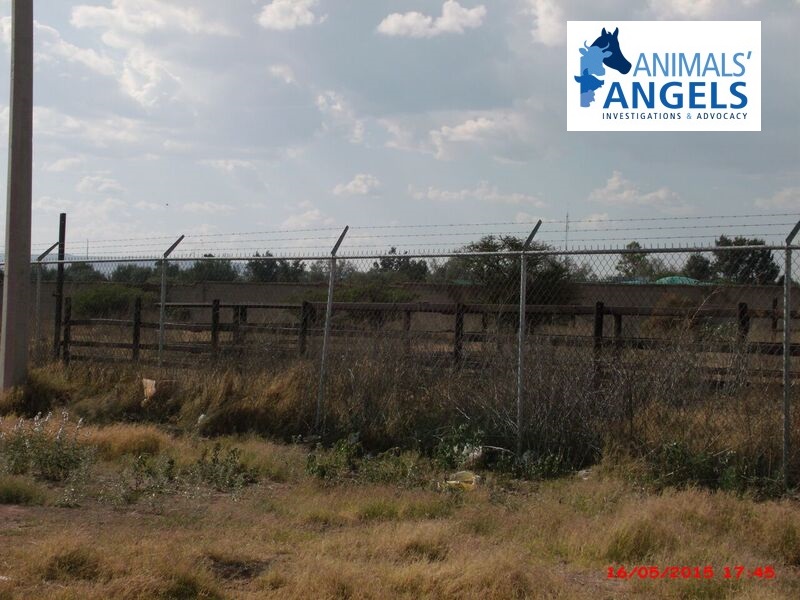 EMPACADORA DE CARNES UNIDAD GANADERA S.A. DE C.V., is one of the four plants in Mexico that was approved to export horse meat to the EU prior to the ban.  The plant, with EU approval number E-20 and MX Establishment number Tif-45, is located in Aguascalientes, Mexico.  Prior to the ban, this plant was a major supplier of horse meat destined for human consumption in Europe. 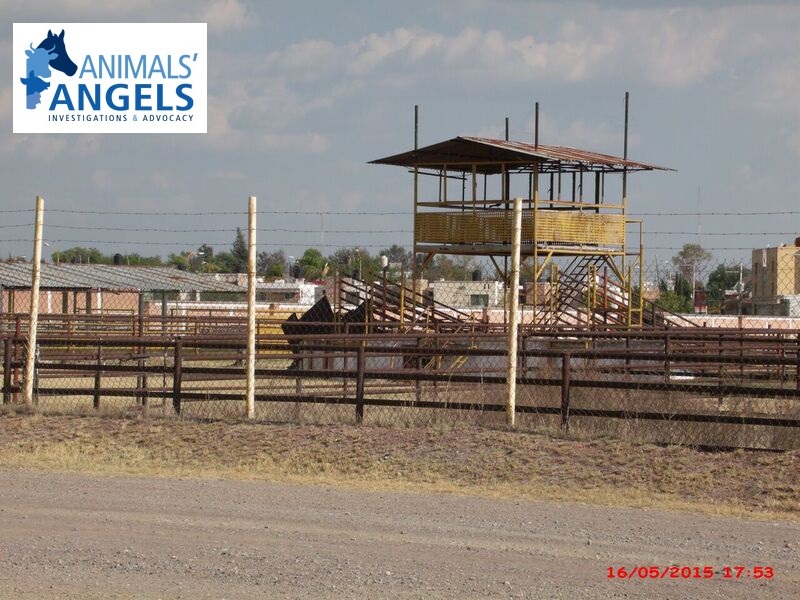 Inter Meats is linked to the Belgium based company Chevideco, which imported the meat from the Aguascalientes plant to Europe.  Chevideco, unlike other companies, only deals with horse meat and is one of the most powerful global players in the industry.

From our past investigations, Animals’ Angels knows that the following kill buyers had contracts to deliver US horses to the Aguascalientes plant: 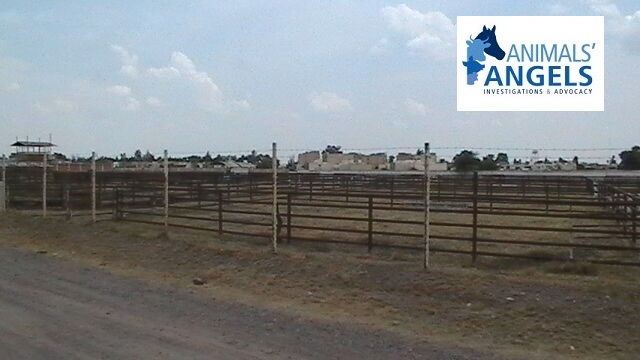 Our review of the export paperwork for Inter Meats shows that this plant has not exported any horse meat to Europe (or any other country, for that matter) since January 2015.  The last shipments were on 1/29/15. The paperwork AA obtained from the US export pens also confirms that no US horses were shipped to the Inter Meats Plant.

Observations at the plant on 5/12/15 - 5/16/15 showed vastly abandoned pen areas that were overgrown with thick weeds and grass, the watchtowers empty, and close to no human activity whatsoever. No animals were seen in the few pens that appeared to be still operational. 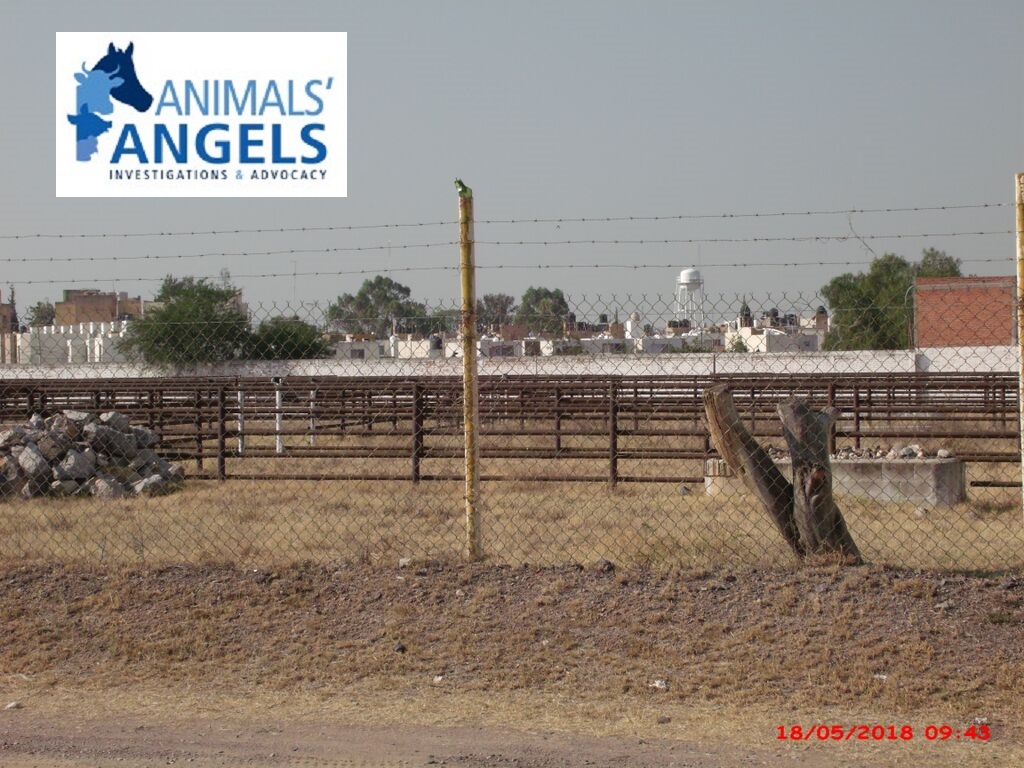 When investigators returned on 5/18/15, all of the pens were once again completely empty.  On this date, investigators observed just one livestock truck entering the plant.  A white truck pulling a stock trailer arrived at the plant at 11:28 a.m. The truck displayed the name Transgran on the door. There was no identifying DOT number on the vehicle. To determine what animals were being brought in, our investigator approached the plant’s front gate as the truck awaited entry and noted that the trailer was loaded with cattle. There were no horses.

As originally thought, there appeared to be only a minimal number of pens currently being used, the rest having been deserted.  The cattle from the Transgran truck were unloaded into one of the few usable pens.  No further activity was observed throughout the day. 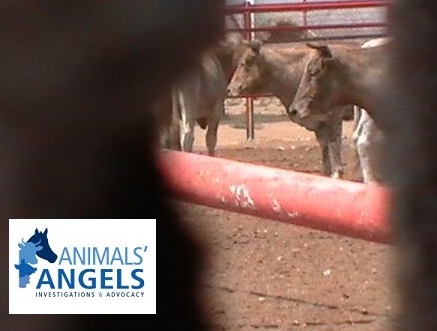 Our investigators returned on 5/19/15 at 8:00 a.m. and found all pens and holding areas to once again be completely empty.  Investigators remained on site until 12:00 noon noting absolutely no activity whatsoever.

It appears this location has been hit hard by the EU Commission’s ban. Of course Animals’ Angels will continue to monitor the future developments at this slaughter plant.  But for now at least, our horses are no longer suffering here.