Until much needed legislation is enacted to prohibit the transport of U.S. horses across our borders to slaughter, Animals’ Angels is working diligently in the field to hold abusers accountable for their atrocious actions and to reduce the suffering of slaughter-bound horses. To that end we were glad to see the City of Presidio pursue a higher landfill fee for dead horses and we were happy to help the city administrators and council members with their research into the matter by providing a detailed report on the Presidio export pens. 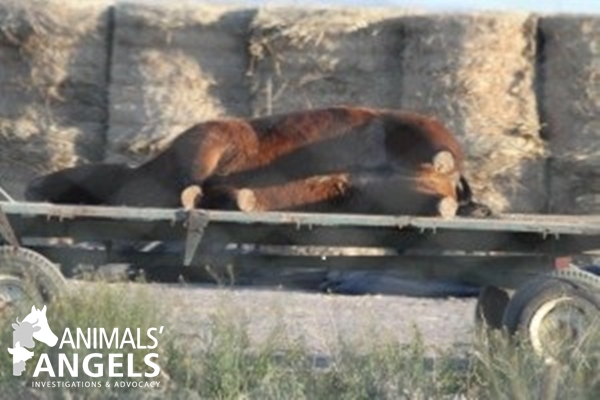 Animals’ Angels has conducted many investigations into the conditions at the Presidio export pens over the years and the results of those investigations are nothing short of horrific. We felt it was imperative that the City of Presidio legislators understand exactly how these pens operate, not to mention the often horrendous treatment under which these horses suffer which ultimately results in many of the poor animals winding up in the local landfill.

There has been some good news on this issue that we wanted to share with you: Our contact within the City of Presidio government reached out to us to let us know that they were successful in increasing the landfill fee as it pertains to horse carcasses.

The previous fee was just $22.50 per animal and with the new ordinance in place, the fee will be increased to $60 per animal for 1 – 8 carcasses deposited in the landfill per month with a subsequent step-increase to $70 for 9+ animals per month.  We were advised by the City of Presidio administration that the original fee was always meant to alleviate financial difficulties for private individuals who might have a personal horse die – it was never meant to assist businesses in disposing of their dead animals.

Since we have just been made aware of this news, we wanted to alert you, our fellow advocates, of this encouraging change. As soon as we have a copy of the formal ordinance detailing the increase, we will post it on our website. 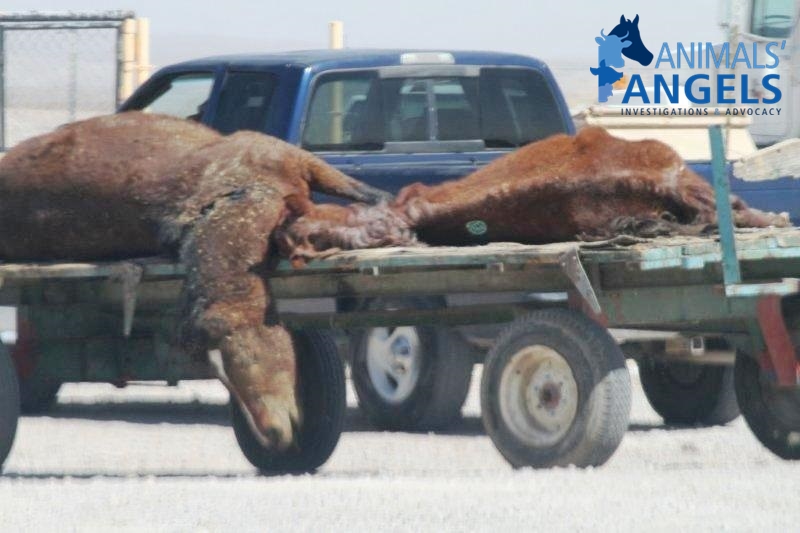 We are gratified that the city council members and administrators followed through with the increase and that they took our report under advisement.  We hope that this increase will have a positive, long term effect.

In fact, we believe that such an increase in fees will be a much needed incentive for the kill buyers and pen managers/owners to change their practices, and it likely will result in a reduced number of dead animals being sent to the City’s landfill. Now facing a greater financial loss, these individuals will be more inclined to better evaluate the horses they ship and not risk shipping weak, injured, and debilitated horses, which in turn would reduce the suffering of thousands of horses shipped through Presidio each year.

In our fight against horse slaughter, we are striking out at the abusive transport companies, feedlot owners, export pens, and auctions in every way possible and this is just one small step in the ongoing battle against the rampant cruelty inherent in the horse slaughter industry. We will continue to work unwaveringly towards legislation that protects our horses completely from the terrible fate of slaughter as that is the only way they will ever truly be safe.