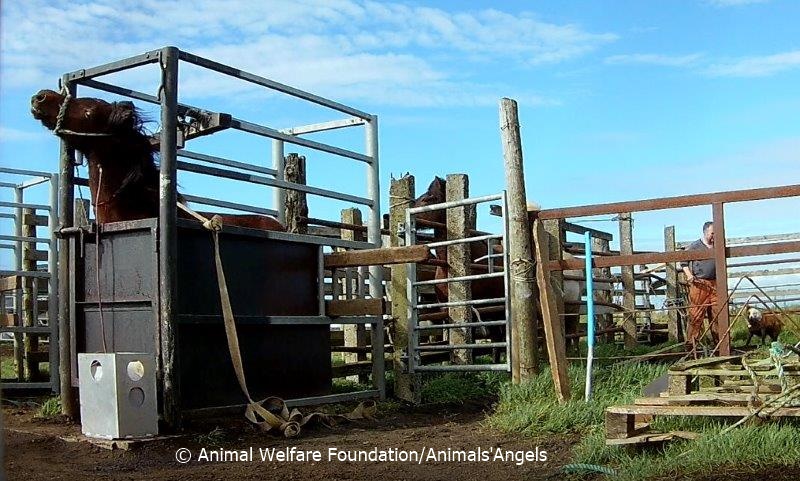 A recent report and accompanying video released by the Animal Welfare Foundation (Animals’ Angels’ advocacy partners in the European Union), exposed the abuse and horrific conditions inflicted on pregnant mares at blood farms in Iceland, sparking a furor of outrage and condemnation across Iceland, the EU, and much of the globe.

People around the world, many of whom had previously been unaware that such a repugnant thing as a “blood farm” existed, were suddenly subjected to video proof of the appalling abuse of pregnant horses for the sole (and soulless) purpose of making a profit from the sale and distribution of PMSG.

The Terrible Truth of PMSG “Harvesting” 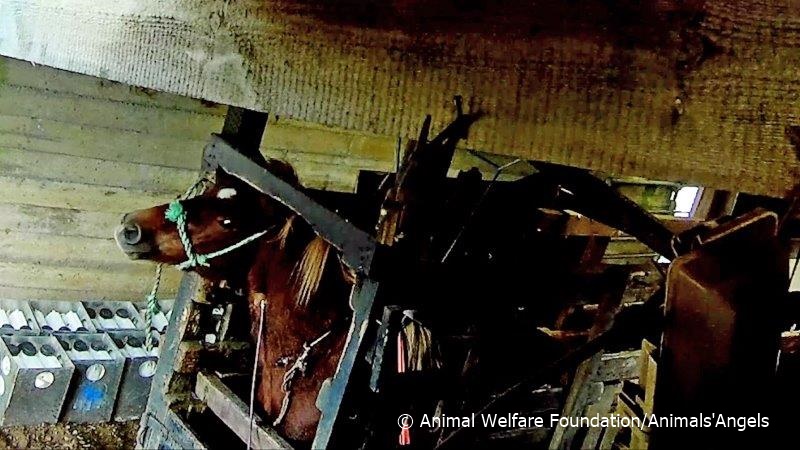 Pregnant mare serum gonadotropin (PMSG) is a hormone which is present only in the blood of mares during early pregnancy. Used by industrial animal breeders to increase the fertility of farmed animals, thus increasing the number of offspring these animals can produce each year, PMSG is mainly used on sows, but can also be used on cattle, sheep, and goats.

The process required to “‘harvest” a profitable amount of PMSG from a single mare requires the extraction of approximately five liters of blood per week, for five to eight consecutive weeks. This results in mares losing 15 to 20 % of their total blood volume each week.

And sadly, as demonstrated in the video released by our EU partners, the methods used to capture and restrain the horses during the extraction process are brutally abusive, inflicting trauma on these poor animals over and over again in a nightmarish cycle of blood and suffering. 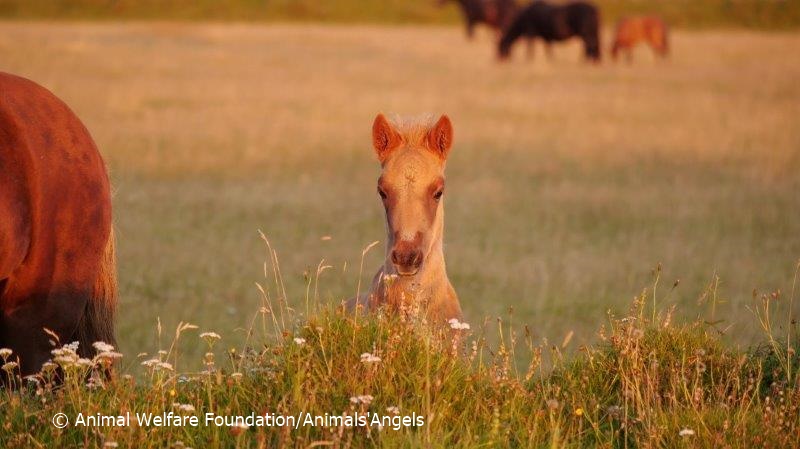 Animals’ Angels has advocated against commercial blood farms since 2015, when we joined a coalition of international animal advocacy organizations in a campaign to end the cruel production of PMSG at blood farms operating in South America. That campaign was a success, prompting numerous articles and television reports on the topic of blood farms to be produced and released throughout Europe, the US, and South America, revealing the appalling cruelties involved in the industry.

Advocacy groups Avaaz and Sum of Us heard about the suffering of the mares on the blood farms and created petitions which were signed by millions of people worldwide.

Quickly surpassing the production of PMSG in Argentina and Uruguay, Iceland is now the largest producer of PMSG in the world. The recent investigation by the Animal Welfare Foundation found that there are an estimated 5,400 mares on 119 blood farms in the country. These farms sell the mare blood to Icelandic biotech company Ísteka, who then isolates the hormone PMSG from it and sells it abroad to go into veterinary products sold to farmers. Profits made from the PMSG extracted from Icelandic horses are estimated to exceed 10 million euros per year.

Behind the Brutal Scenes of a Blood Farm 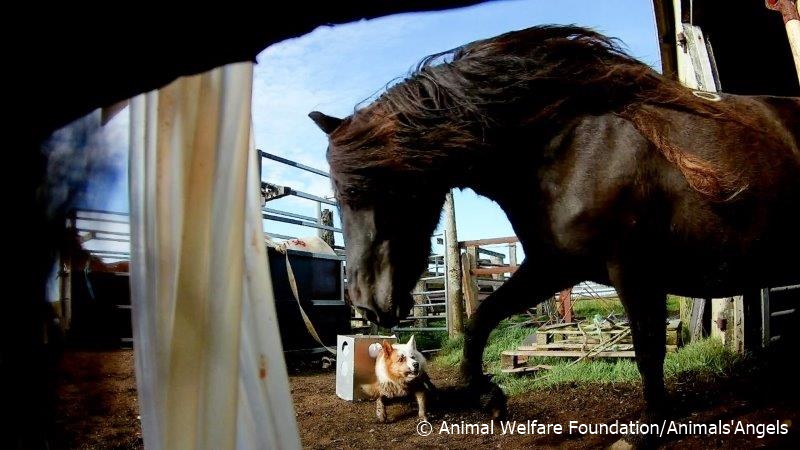 Video footage of blood being drawn from mares at a blood farm shows a terrifying scene of workers using iron bars and beams to target sensitive parts of each mare’s body, hitting and pushing the mare in an attempt to force it into the fixing boxes. Dogs are also used to herd the horses and long whips are aimed at the animals’ heads. This rough treatment, and the mares’ subsequent entrapment in the box as blood is extracted, causes a sense of overwhelming fright and panic in the mares.

Spurred on by the horrors recorded and reported on during the recent investigation, Animals’ Angels (as part of an international coalition of a dozen animal welfare organizations) has called upon the EU Commission to ban all production of PMSG in the EU, as well as all imports of PMSG from other countries. 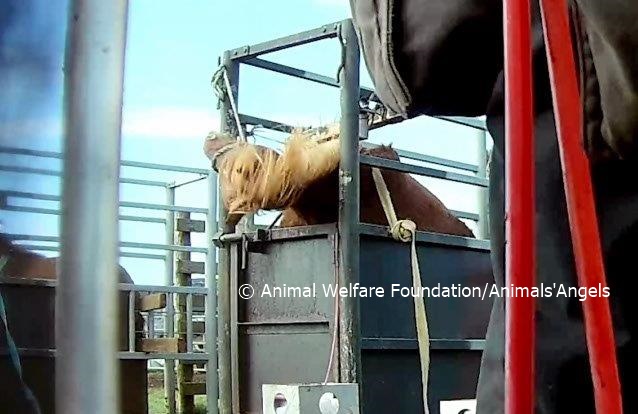 Animals’ Angels proudly signed the letter which clearly states that the blood extracted from pregnant mares at blood farms is collected under unacceptable conditions and is in breach of Icelandic animal welfare law. In the letter, the coalition calls upon the EU, as a major buyer of PMSG from Iceland, to “follow through with the demand made by the European Parliament (EP) and impose a ban on the domestic production and imports of PMSG.”

While there has not been a reaction from the EU Commission yet, there have been other promising developments: The video of the investigation created a firestorm of attention from international media outlets, making hundreds of thousands of people aware of this abuse. The Icelandic veterinary authorities released a statement expressing concern over the actions and practices shown in the video and launched their own investigation.

A new bill was then published in Iceland on December 2, 2021, demanding a ban on PMSG production. That bill, if passed, would make it illegal to take blood from full-bodied mares for the purpose of selling it or extracting from it the hormone PMSG or any other product for sale.

Join Our Mission to Instigate Change through Investigations

As this newsletter shows, undercover investigations can generate worldwide attention and spur meaningful action. They play a vital role in achieving significant change, especially when coupled with the power of animal welfare organizations joining forces on an international level.