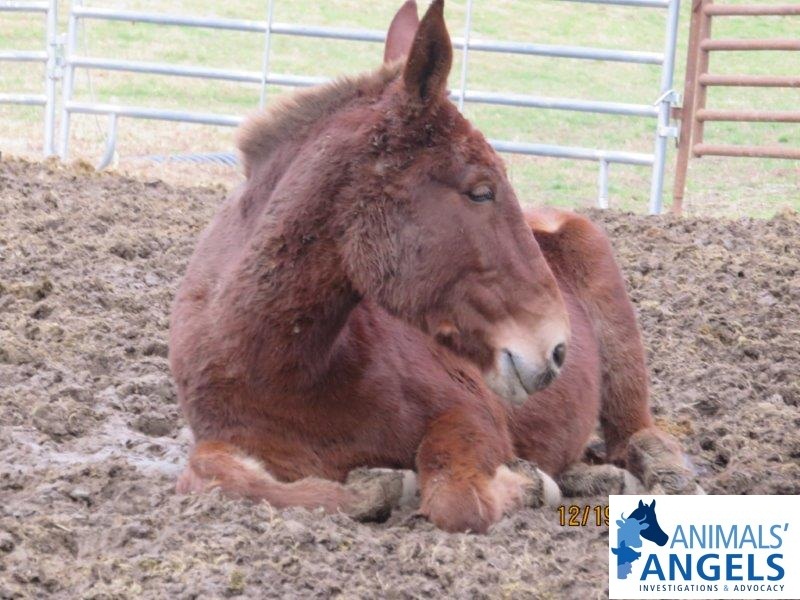 Mel Hoover, owner of Hoover’s Stable and Sale Barn at New Holland, PA, is a long time horse trader and auctioneer.  Hoover is also guest auctioneer for other kill buyer frequented sales, such as Centre Hall (PA) and Canadaigua, NY.  He has always been a big proponent of horse slaughter and is known to ship horses he cannot sell to Bravo Packing in New Jersey.

Hoover holds a monthly horse sale at his stable in New Holland which caters to the Amish and Mennonite community and is frequented by many kill buyers including Brian Moore and Bruce Rotz. Hoover’s management of his stable and the horse sale is certainly less than ideal. Animals’ Angels has routinely documented substandard conditions, overcrowded conditions, animals fighting, no access to water, and worst of all: sick and severely injured horses accepted with no care provided.  Although it is hard to imagine the New Holland auction not accepting horses for sale, Hoover’s barn is known to be a dumping ground for such animals.

In a 2013 investigation of Hoovers’ Sale Barn, Animals’ Angels found two Standardbred horses with severe strangles infection.  The abscessed lymph nodes had already started to drain and the halters were covered in frozen pus. Both horses had no access to water.  The halter of one of the horses and his markings identified him as “Pop’s Shadow”, a 2008 Chestnut Gelding. Sired by “The Panderosa”, his last known owner was the Anatolia Racing Stable. You can read more about this investigation and Pop’s Shadow here. 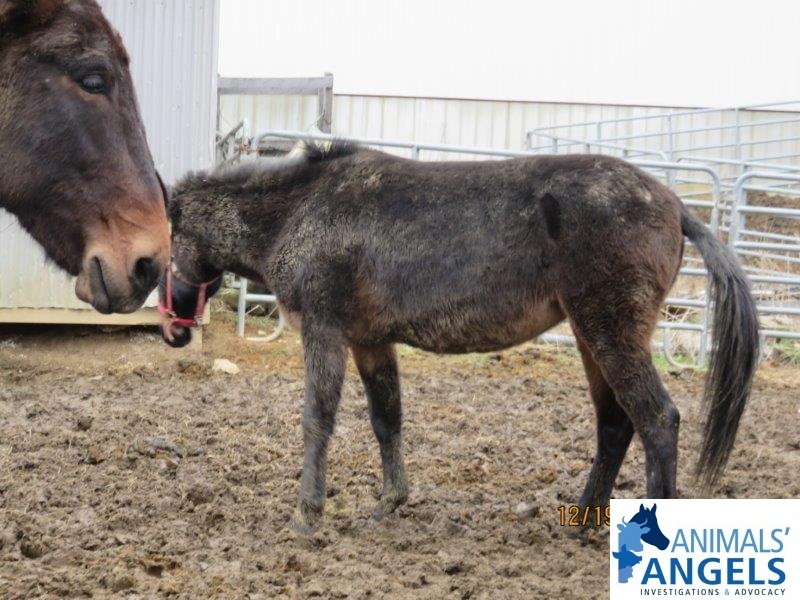 During another investigation, with temps soaring to 104 degrees, Amish and Mennonite participants at the sale were racing buggy horses around the dirt track at the sale barn. The horses were denied access to water and the animals were covered in sweat. Likewise, buggy horses were also parked in “full sun” with no access to water. When questioned by the humane officer present at the sale, Hoover attempted to intimidate her and accused her of harassment.

Sadly, there is a laundry list of unacceptable conditions continually observed at Hoover’s sales during our investigations.  Our investigators have witnessed pregnant mares accepted and sold in weakened conditions, fighting animals left unsegregated, horses accepted and sold with obvious signs of infection, animals with serious injuries left untreated, and horses too weak to stand left in overcrowded pens.  On top of these egregious practices, Hoover apparently has “deals” with kill buyers for horses so injured or ill that even he deems them unfit for sale so that they ship straight to slaughter rather than being sold through the auction.

Our investigators returned to the Hoover Sale Barn on December 19th.  Business has not slowed down and Hoover is still quite busy buying and selling horses.  The pastures and pens had approximately 50 horses in them, mainly drafts and mules.  Several had auction tags still attached. 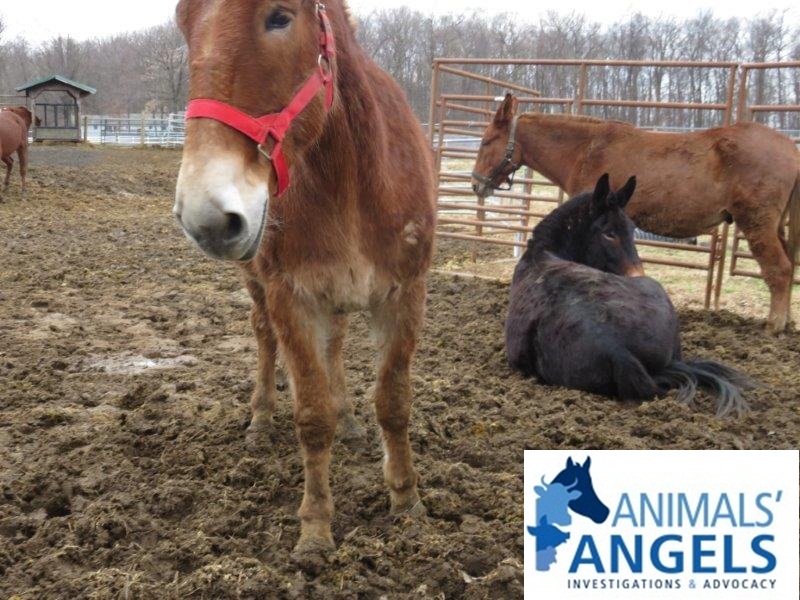 The entire fenced in area where the horses were kept was covered in mud – there was not a dry spot to stand or lay down.  Many of the horses appeared to be exhausted or weakened and were lying down in the deep mud.  Although there was some water in the troughs, it was filthy.

While investigators were onsite, several pick-up trucks with stock trailers arrived and backed up to the barn to unload horses.  Although investigators observed the area for some time, no further activity was noted and no sale was conducted on this date.

AA will continue to monitor this auction and Hoover’s dealings.