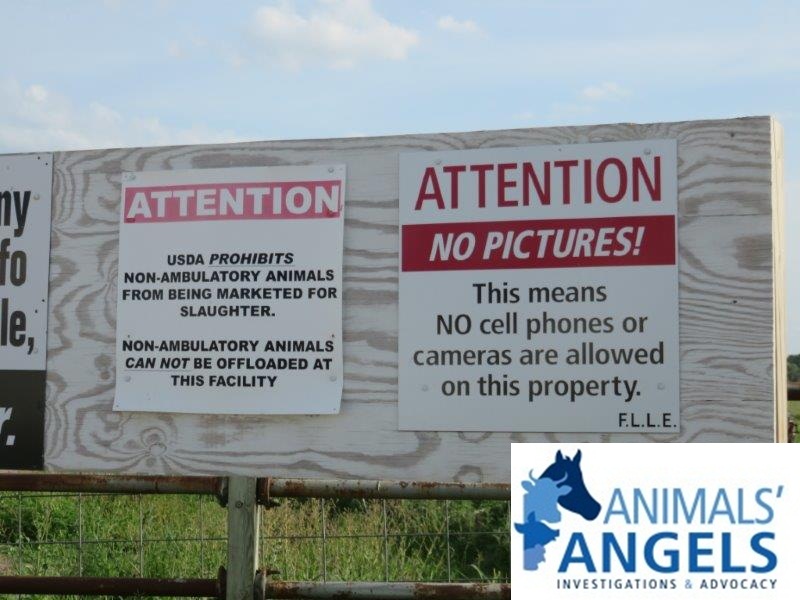 The property itself is a well maintained building with an office, restaurant and auction ring. Upon arrival at 8:35 a.m., there were only a few vehicles in the parking lot. Investigators noted that vendors had set up a hot dog stand and an ice-cream stand inside the pen area -- right next to the manure covered pen gates.

The entire property displayed signs proclaiming that no cameras or cell phones are allowed on the premises. It was noted that surveillance cameras were installed throughout barn. 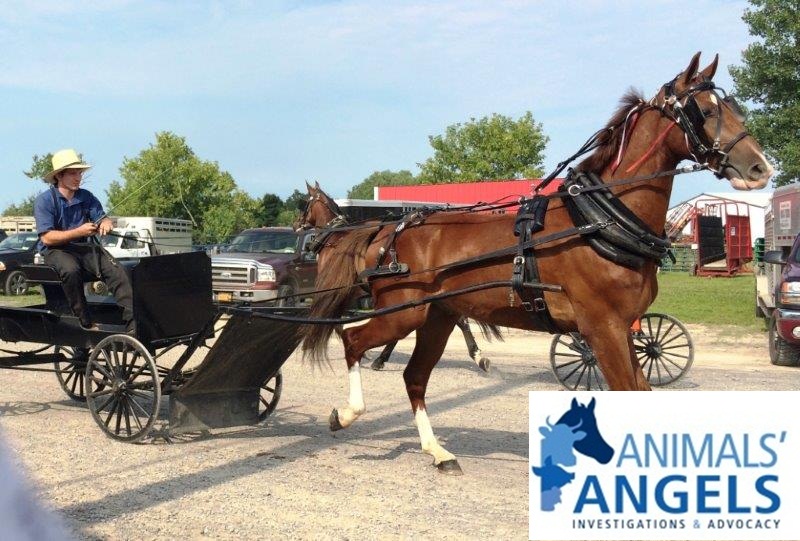 The tack sale started late at 9:36 a.m. with horses being auctioned directly after.  The majority of attendees were Amish or Mennonite, though only one horse and buggy was seen.   Investigators did observe several drivers and it appeared that entire families came with Amish/Mennonite dealers.

There were mostly Standardbreds being sold, some obviously straight from the track.  Although there was a water tank near the ring, no water was provided to the animals and there was no hay anywhere in the barn. The horses were kept tied with extremely short leads, some to rafters above their head.  The side stalls had low ceiling beams some with sharp metal wire protruding downwards presenting a great risk of injury. 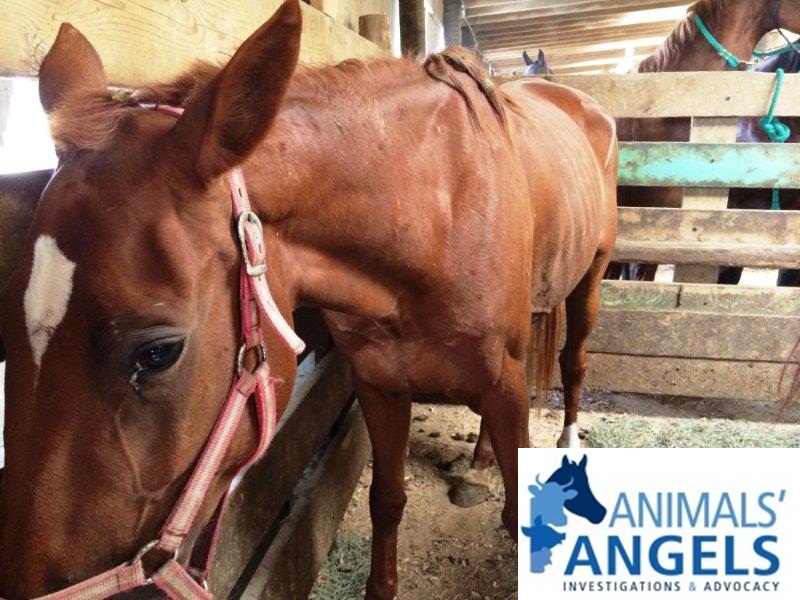 Investigators observed that many of the horses had very overgrown hooves and several had harness sores. One Saddlebred struggled with a loose horseshoe that had twisted at a right angle on the left hind leg. A few horses were quite thin with ribs clearly showing.

There were many other issues noted by our investigators as they viewed the auction. For instance: 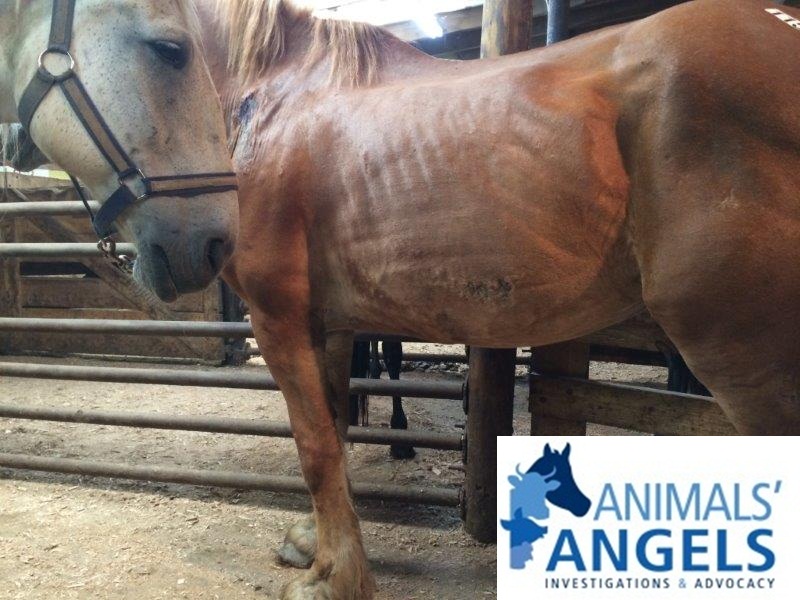 During the auction, Mennonites were constantly test driving Standardbreds in sulkies outside of the barn.  Some of the horses were clearly lame and the drivers were quite rough. One leaned his substantial weight back in the seat hanging onto the horse’s mouth.

Overall sale prices were quite high, some horses sold for as much as $4,800. The general handling of the horses during the auction was poor with constant whip snapping by two handlers at each end of ring.  One handler had a rope wrapped 3 times around hand which displayed a complete ignorance of safety.  If the horse had bolted, the handler would have been dragged. 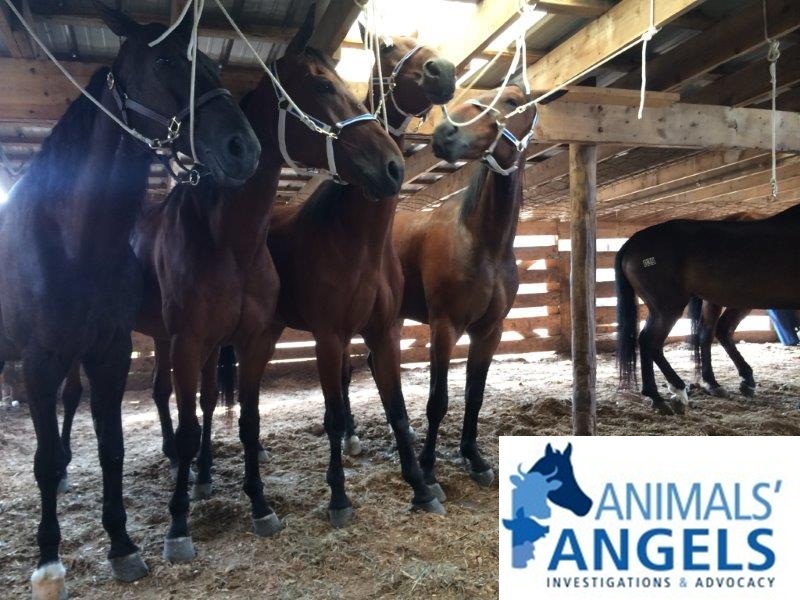 Obviously the conditions at this auction and the treatment of the animals in their care leave much to be desired.  Animals’ Angels will continue to monitor this location.