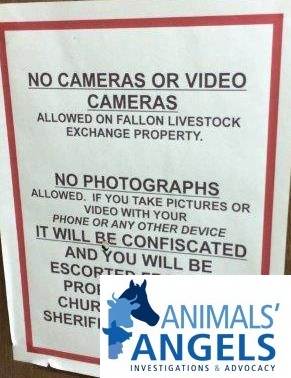 As you may recall the Fallon Livestock Exchange was involved in the sale of the 149 unbranded horses rounded up by the Ft. McDermitt Paiute Shoshone tribe with the approval of the U.S. Forest Service and the BLM in August of last year. There were grave concerns over not only the round-up but also of the sale of those unbranded horses.

Allegations have also been made against auction management having to do with shill bidding (driving up bids) which appears to occur only when rescues are bidding against kill buyers. 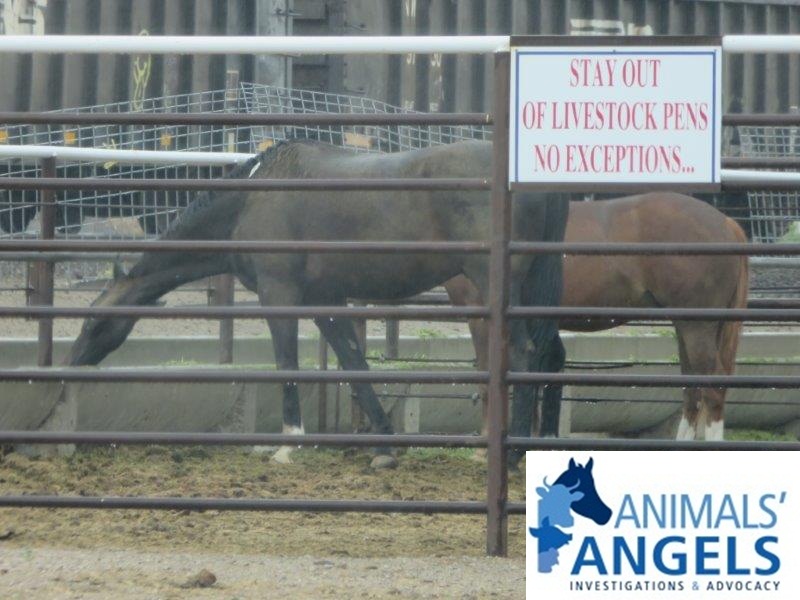 Our investigators attended the weekly sale on May 20th. The Fallon Livestock Exchange property includes a modern building with restaurant, management office, and auction ring. There is an extensive outdoor pen area that has no catwalk.  Investigators noted that water and hay were available to the horses but there was absolutely no shelter from the harsh elements.

Signs were posted warning attendees to stay out of the pens.  Investigators noticed another prominent sign stating that no cameras are allowed and anyone caught with a camera will be escorted off the property by Churchill County Sheriff’s Department. 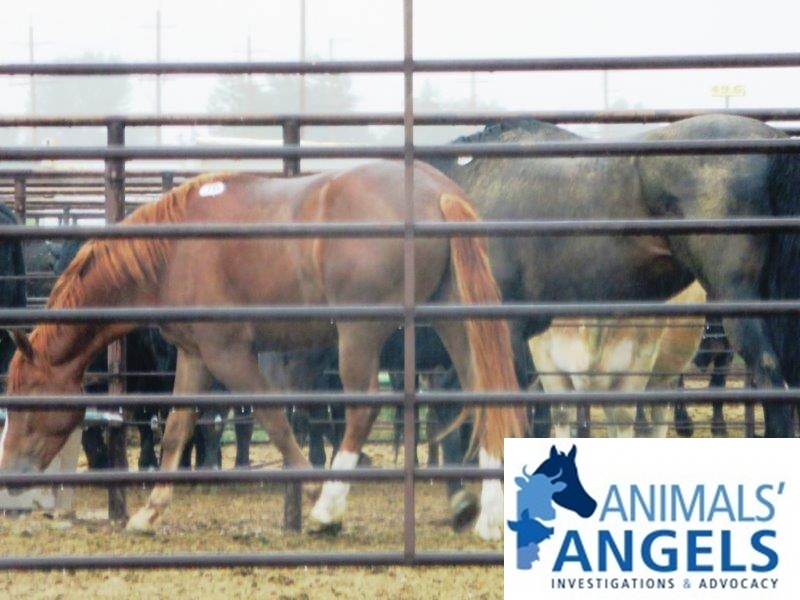 The weekly horse sale took place after the cattle sale.  There were only six horses for sale on this particular day, all appearing to be in decent condition. 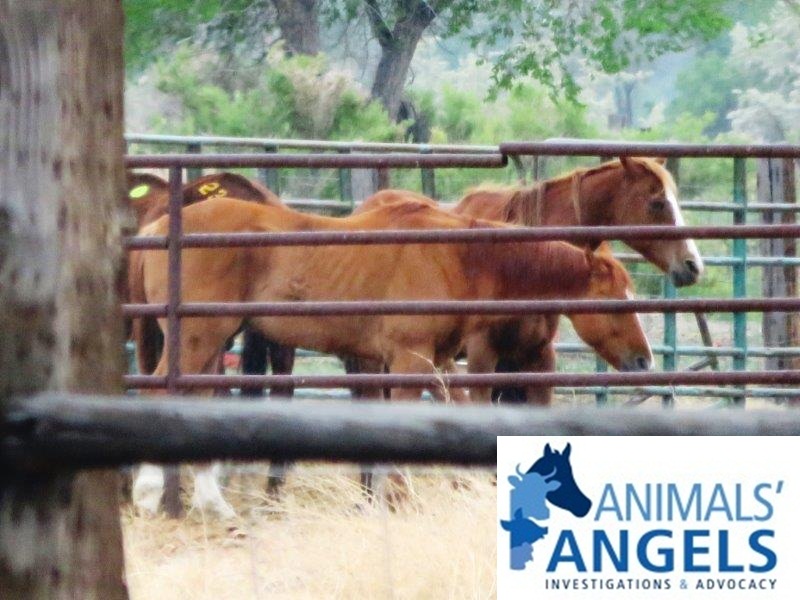 Due to the inordinately fast pace of the bidding it was difficult for investigators to determine who exactly was involved in the purchase, but 5 of the horses apparently went to the same individual. After the sale, these horses were moved to the back end of the pens.

Once bidding was complete, the auction emptied out quickly and at 5:00 p.m. there was no more activity at the property. The horses remained in the back pens.

Investigators found these same horses at the Quillan feedlot (Q & B Collecting Station) the next morning. 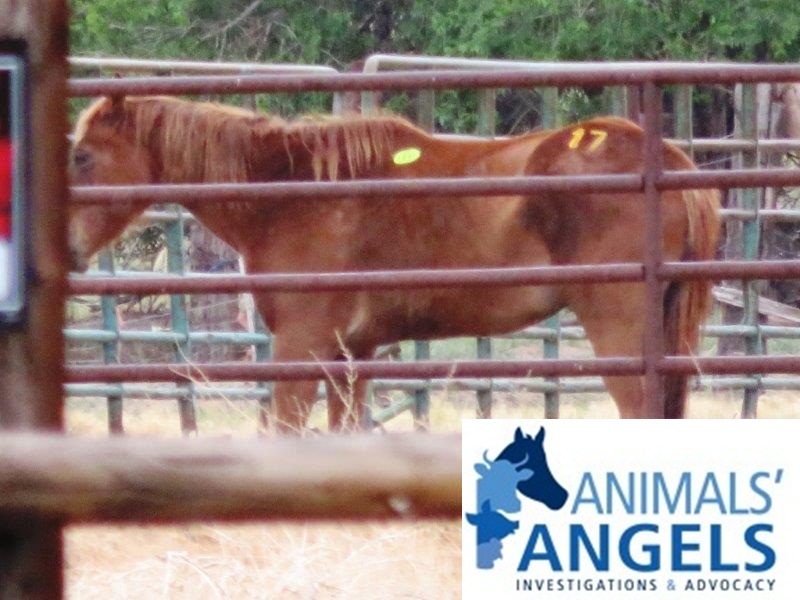 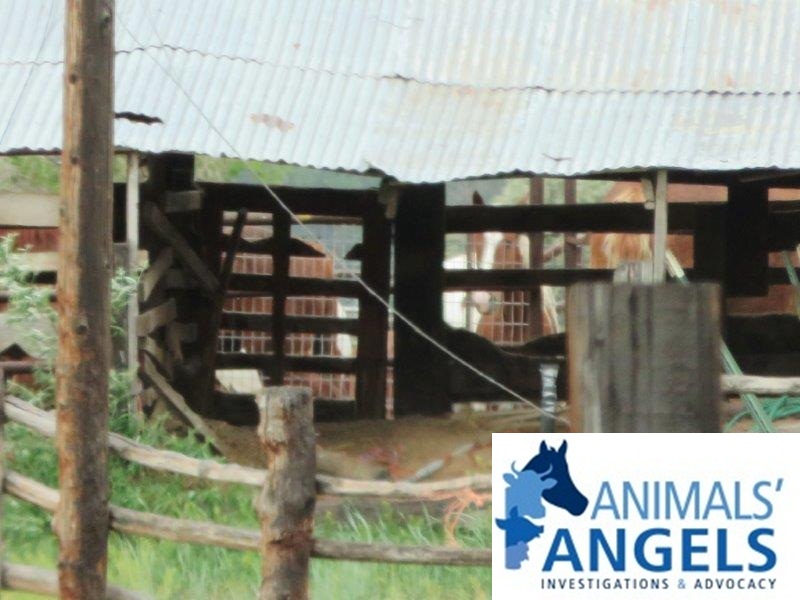